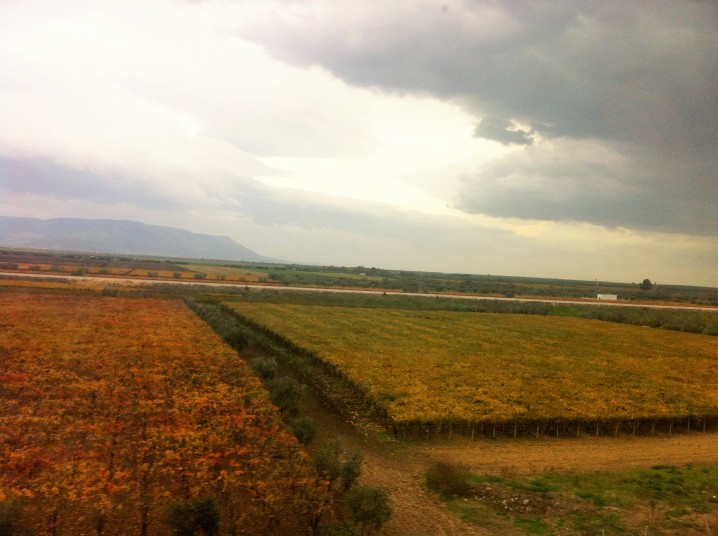 Heading into Bologna city from the airport, you’ll witness some of the best rural properties whereby the grapes and crops give Italy and the world its favourite wines, vinegars, pastas and the most wonderful culinary dishes you could wish for. 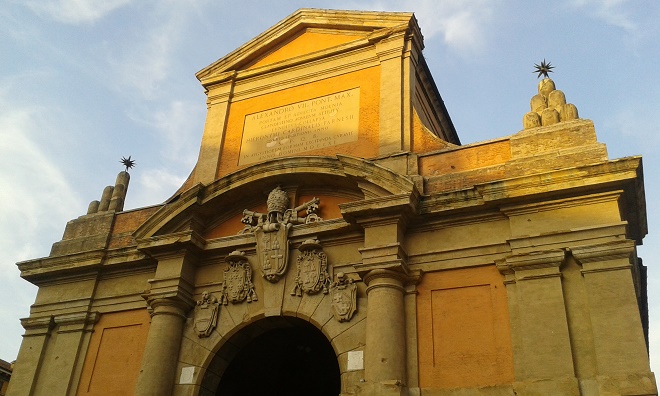 Many years ago, whilst backpacking in Florence I realised there was a need to shift off the usual tourist trail. However a quick look at a map and there was Bologna? Not only did the name intrigue me, but it’s where Artusi recorded and subsequently published his recipe for Maccheroni alla bolognese, better known to us Aussies as Spag Bol (Spaghetti Bolognaise) and one of my all-time favourites.

Bologna is so close to Florence, it’s a really easy day trip by rail, however one day is not enough, hence the reason for a return to explore it a little further – even after all this time. 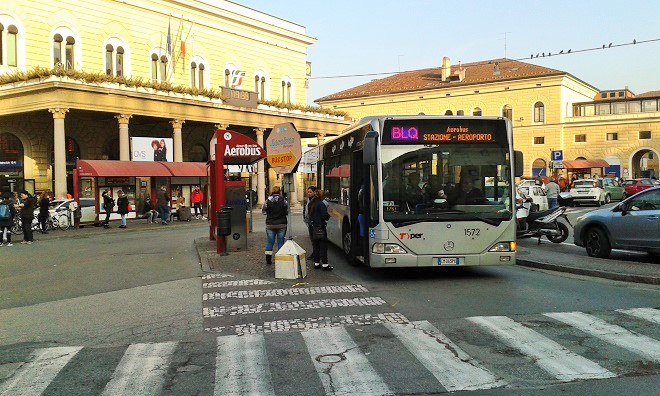 Bologna Guglielmo Marconi Airport is the international airport servicing the city and the Emilia-Romagna region. It’s approximately 6 km (3.7 miles) northwest of the town centre and about 200 km (120 miles) south-east of Milan. (Cost of bus approximately seven Euro per adult from airport to BLQ city centre one way.)

The airport is named after native Guglielmo Marconi, an Italian electrical engineer and Nobel laureate who began to develop the system of wireless telegraphy which then spread throughout the world. His Villa Griffone is a National Monument and is located in Pontecchio Marconi, about 15 km from Bologna. The garden and the rooms of the villa are home to the Marconi Museum which is dedicated to the origins and development of radio communications. 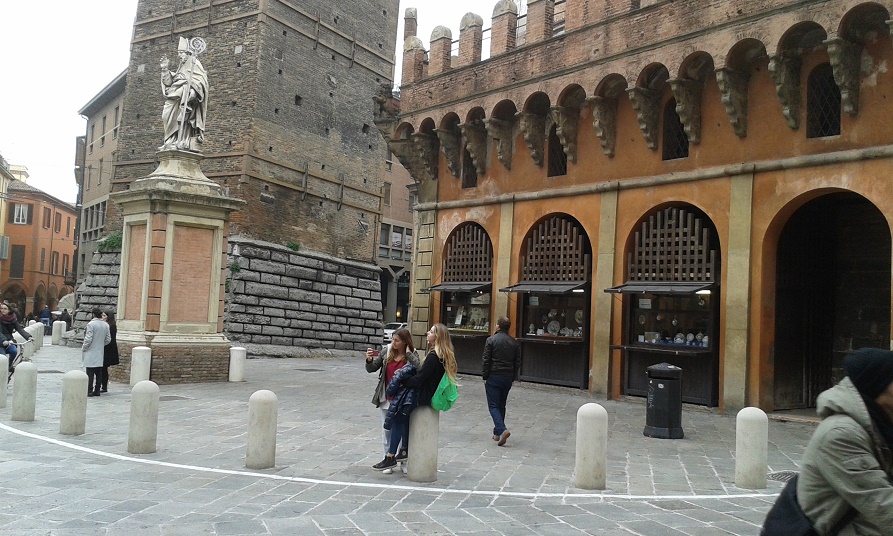 And not surprisingly, there’s amass of liberal students who reside here and call it home as it’s considered the world’s oldest University and believed to date back to 1088. 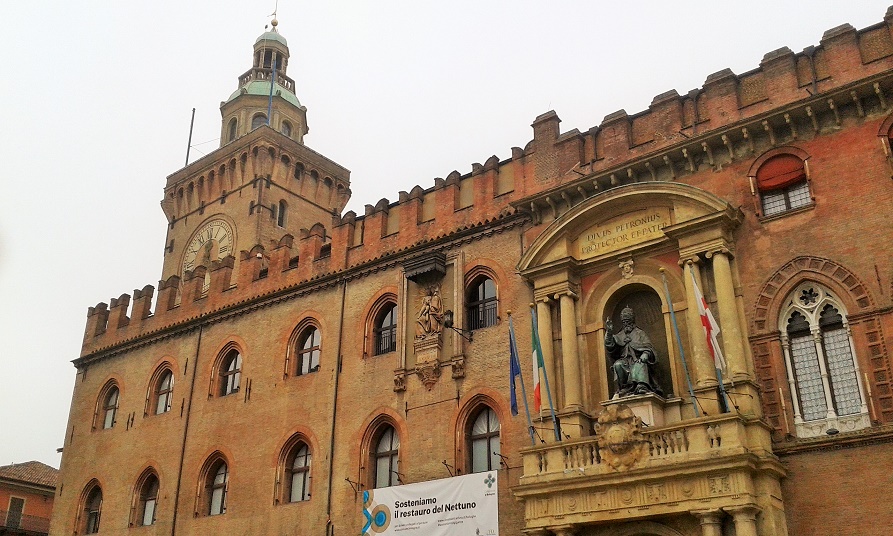 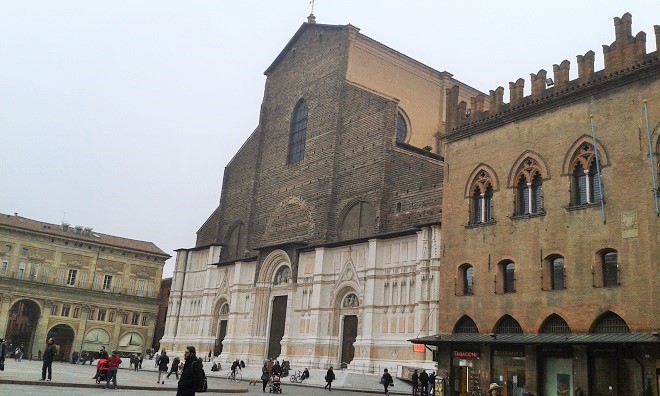 Named in honour of Bologna patron saint Petronio – 8th bishop of the city from 431 to 450, the Basilica is the most imposing and has certainly stood the test of time for all to see and enjoy its might and power. 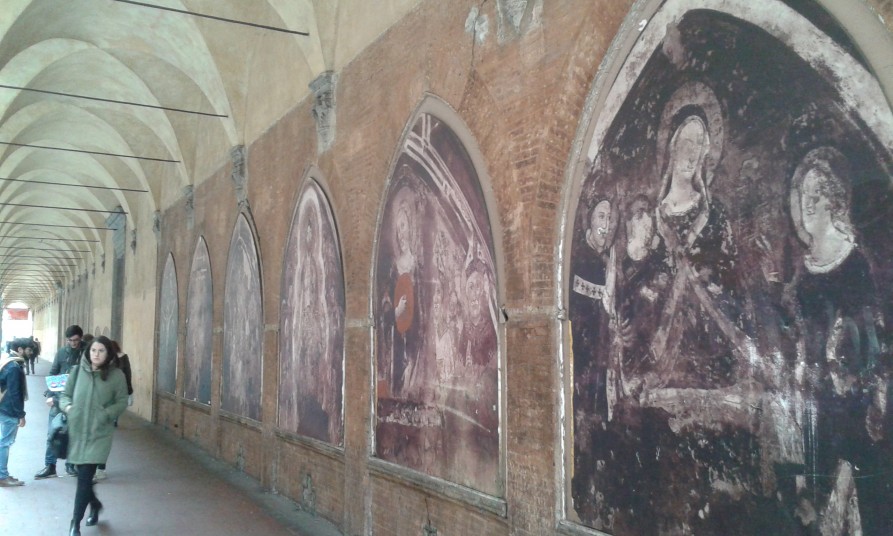 Madonna frescos can be seen just walking along the colonnades.  In 2000 it was declared the European Capital of Culture and in 2006 a UNESCO “City of Music”. 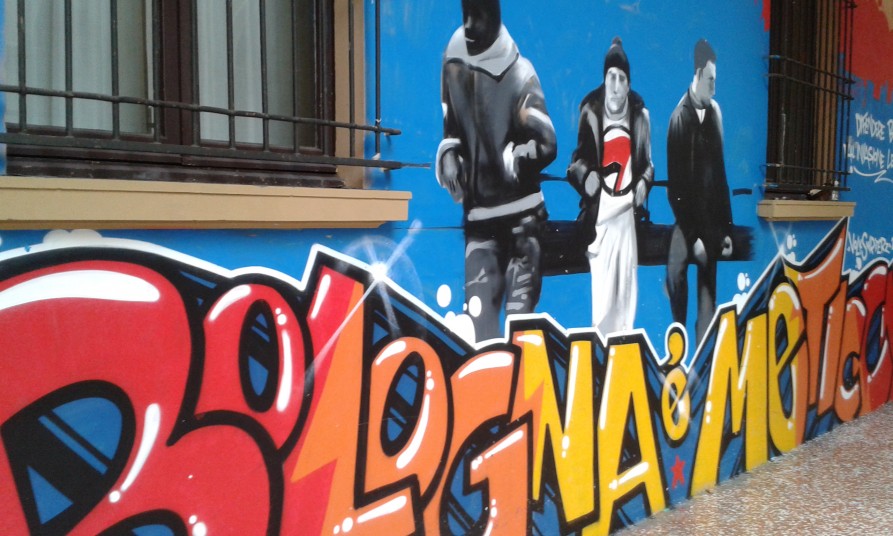 My local neighbourhood at home is full of street art but on this occasion, really glad to see there’s very little of it here as it’s one of the most architecturally important cities and I’d hate to see it ‘painted’ over. 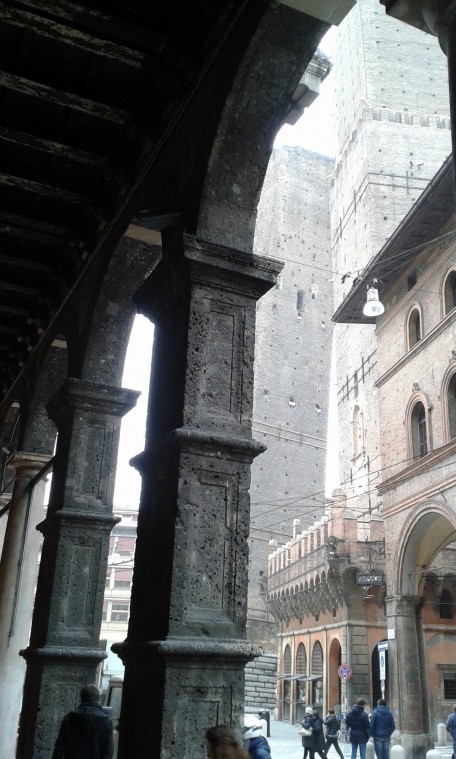 Historic towers, antique buildings, churches and the layout of its historical centre along with works of art, thankfully, are the result of a first-class architectural and artistic history.

You may even feel you’re on a movie set with Roman soldiers about to storm through as the medieval atmosphere has been carried over here for centuries. 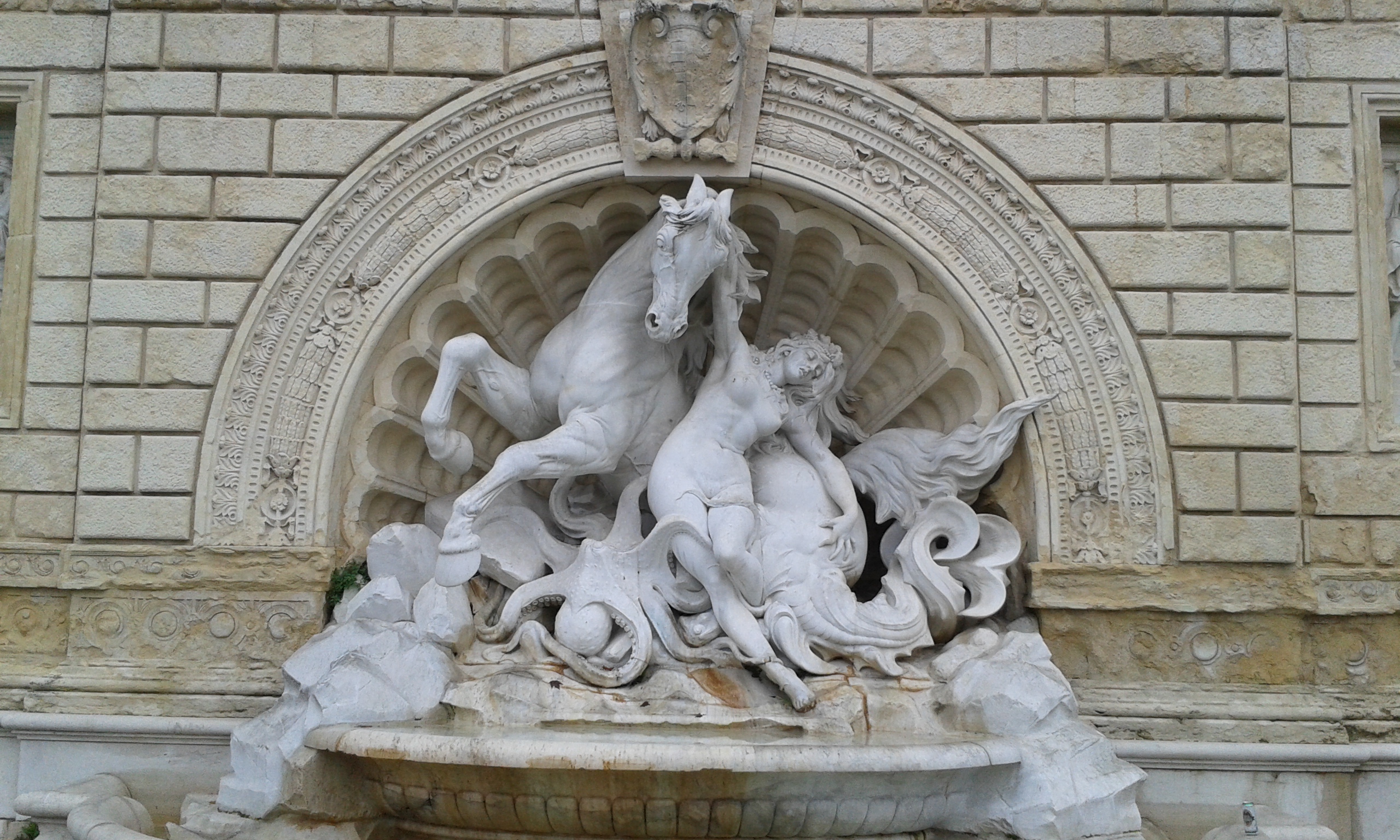 Margherita Park and the surrounding neighbourhood is a lovely area of town to seek solace and spend a peaceful Sunday. Not too far are there’s a market with beautiful fresh flowers and produce. 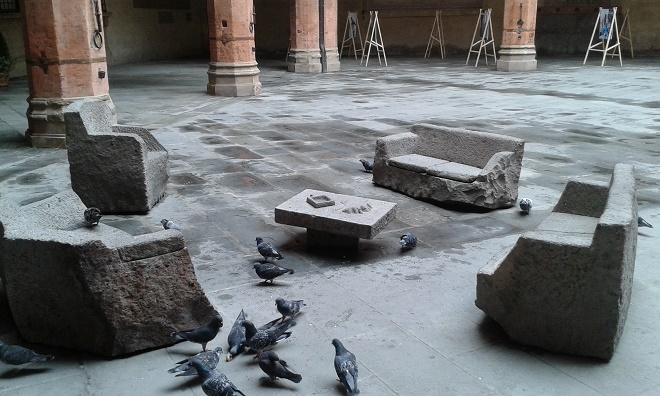 Have a seat? Don’t mind if I do amongst the pigeons who are pecking away madly at some crumbs. 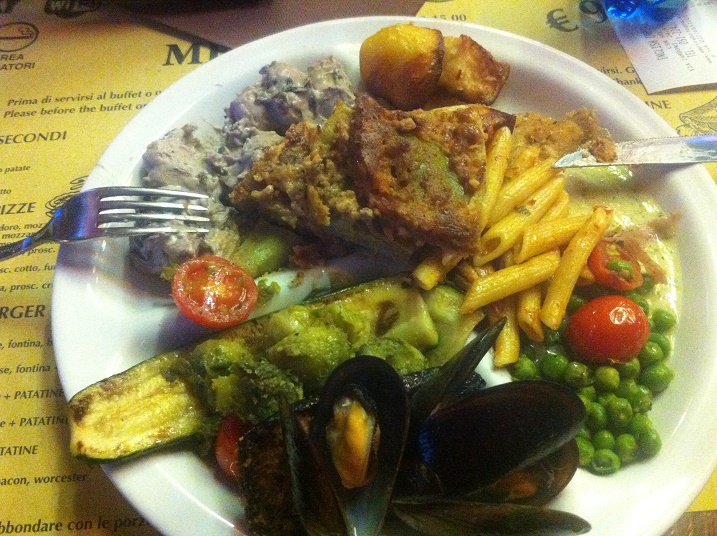 And, as for walking around taking photos all day being on a tight schedule, it’s time for lunch and another favourite of mine being antipasti – only this time it’s a buffet lunch at the Empire Hotel which is central to almost everything. At 9.90 Euro I’m not in a hurry right now and will savour this one … 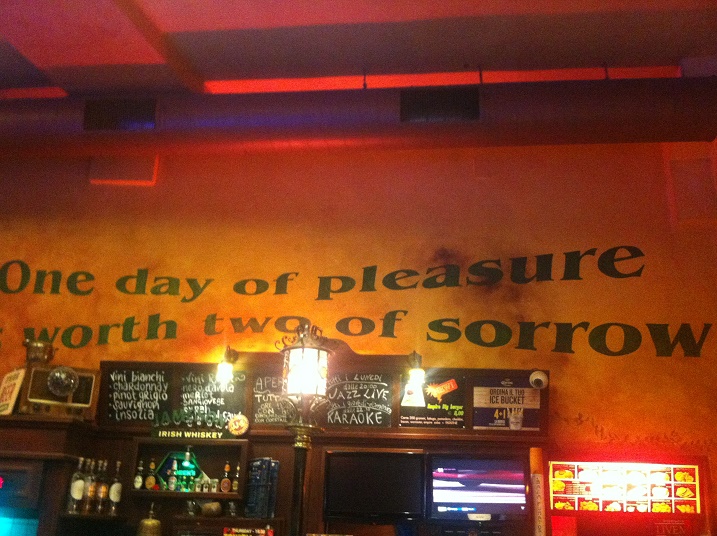 Point taken and no explanation needed! 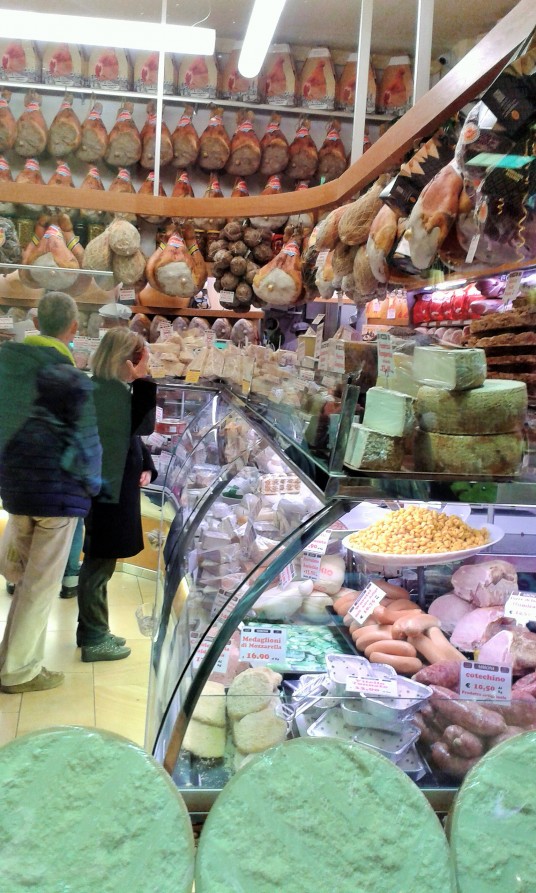 Glad I had lunch earlier, couldn’t have gone past this deli without feeling a bit lavish. All those yummy cheeses …

If you come to Bologna for one reason, let it be the food. It is informally the culinary capital of Italy and it isn’t nicknamed “Bologna la grassa” which means “Bologna the fat” for nothing. The market in the city centre is one of the largest in Europe and has a huge array of fresh cheeses, meats, fruits, vegetables, dairy and baked goods. The best deals are the balsamic vinegar from nearby Modena and prosciutto from Parma. 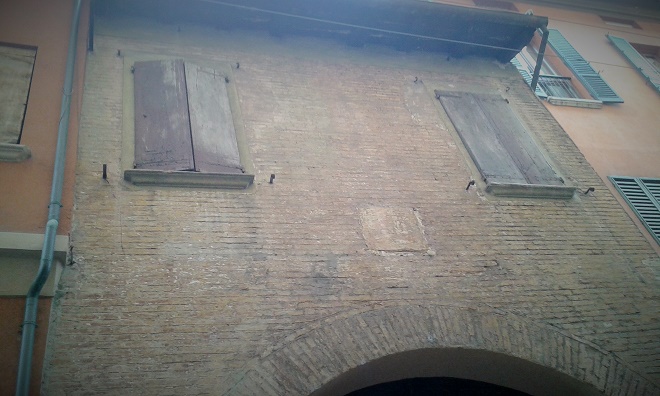 Yeah, it’s that time of day to say bye and a bit sad. One day or two days are just not enough, next time around I’ll base myself in Bologna and then do day trips from there as it’s quite central to so many other places in northern Italy. 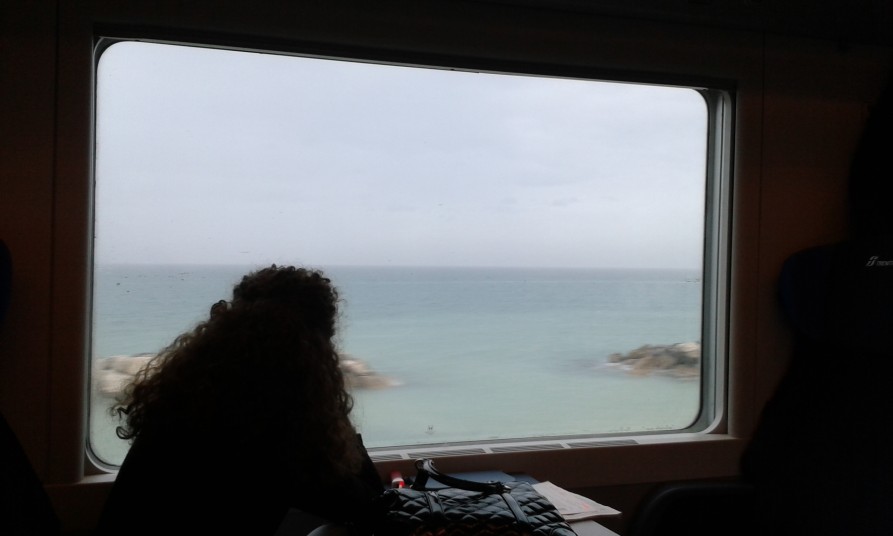 Haven’t ever traversed along the east coast of Italy and now heading south towards Bari to see what’s in store there … As for Bologna – I’ll be back without doubt.