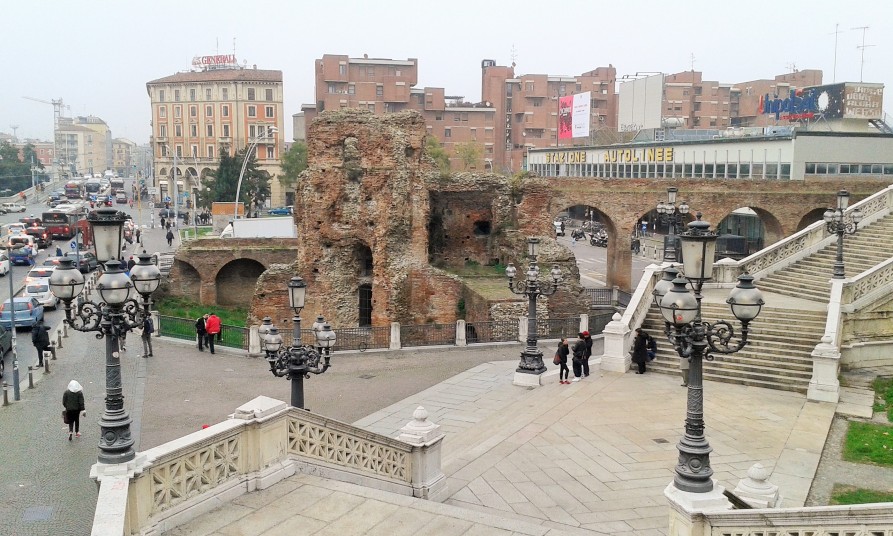 You can now arrive at Bologna Central Station, thanks to high speed trains in half an hour from Florence, an hour from Milan, or an hour and a half from Venice. Why fly when in 2 ½ hours from Rome and you can arrive hassle free at the Terminus with excellent connections by bus as well. And now where I’m heading to, in just 5 hours and 45 minutes it’s Bari in the south of Italy.

As well here in Bologna, the Metropolitan Railway System is also connected to almost all the cities and provinces of Emilia Romagna. 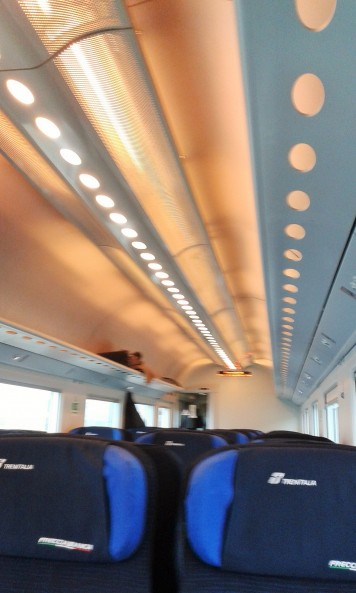 Trenitalia’s high-speed trains are called Alta Velocità (AV) and are broken down into three categories: Frecciarossa (“Red Arrow”), Frecciargente (“Silver Arrow”) and Frecciabianca (“White Arrow”). Frecciarossa trains are the fastest of these, reaching speeds of up to 190 MPH (300 km/h).

Italo’s high-speed trains are even faster, operating at speeds up to 220 MPH (360 km/h) and the network, which operates on a different set of rail lines, connects Turin, Milan, Venice, Padua, Bologna, Florence, Rome, Naples and Salerno. These routes make it possible to consider day trips from Milan to Rome or Rome to Naples despite the great distances. Italy’s high-speed trains help evoke the 19th century romance of rail travel, albeit at 21st-century speeds. 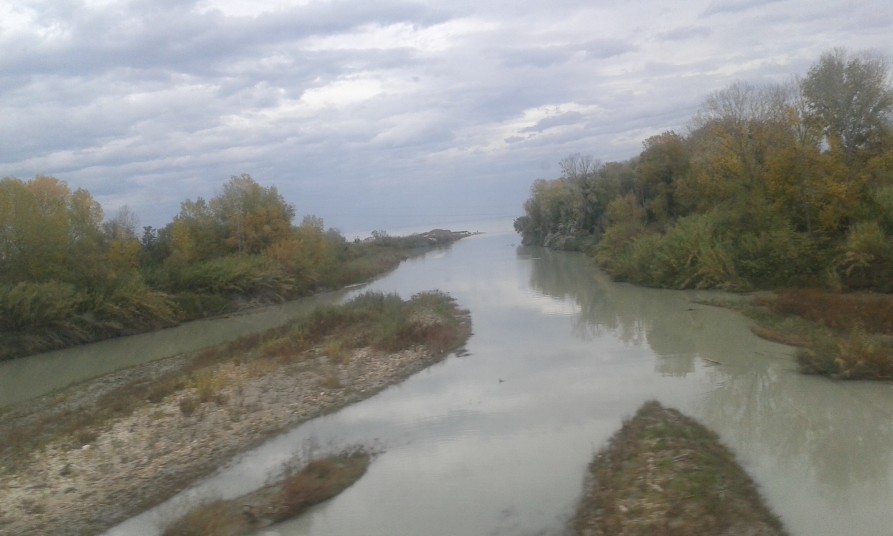 Not too far out from Bologna, the scenery changes to the eastern coastline’s tributaries and extensive beach areas. 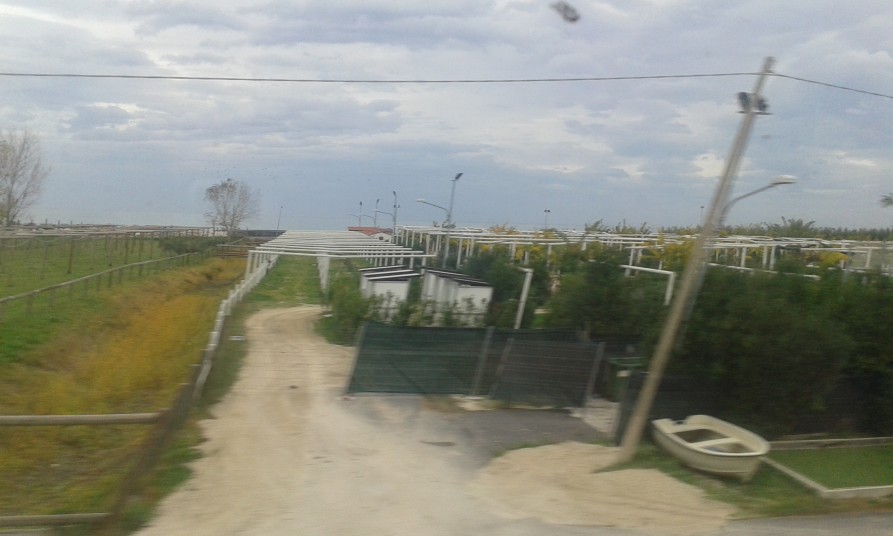 Surprise! More vineyards along the way … 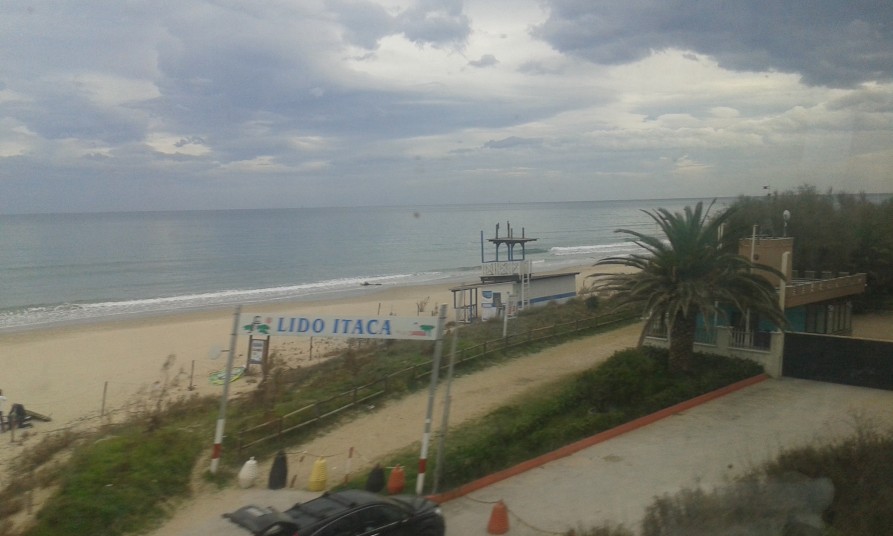 Swimming areas are normally filled with tourists during the summer months, but now in November it’s changing and the weather’s just a little more inclement. 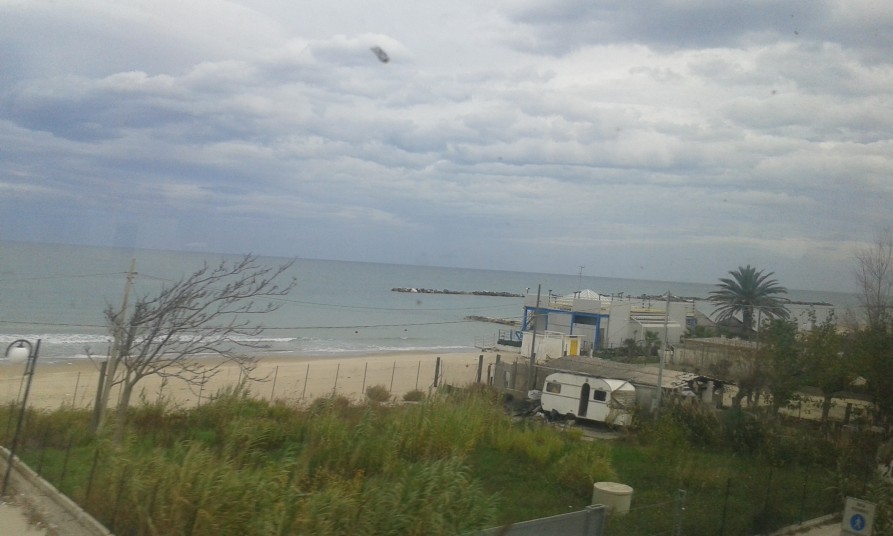 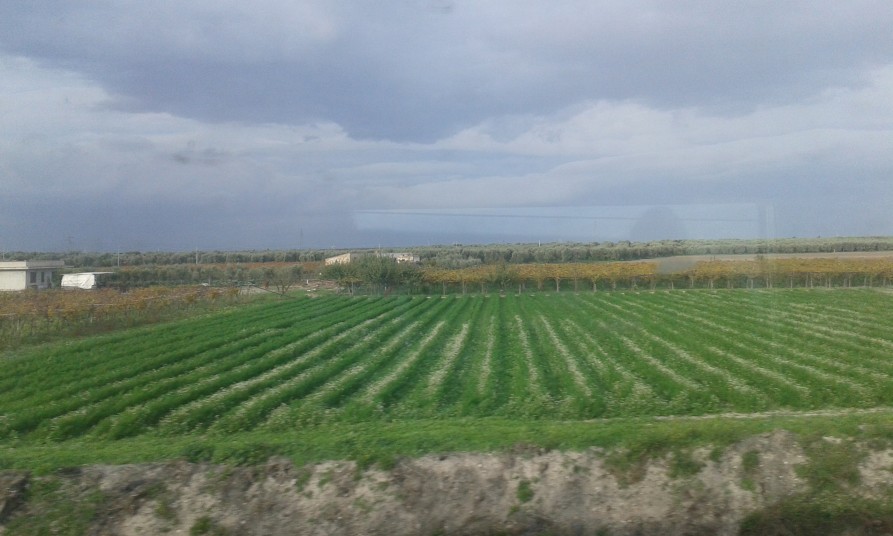 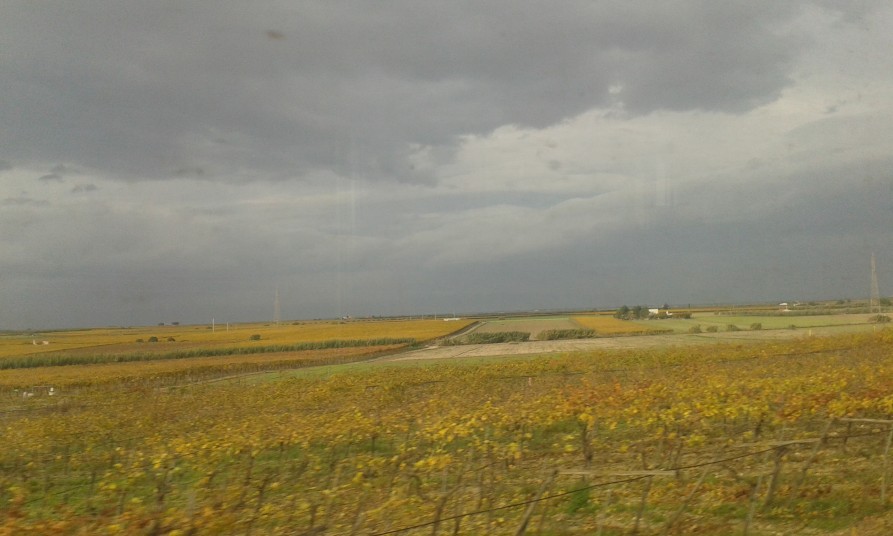 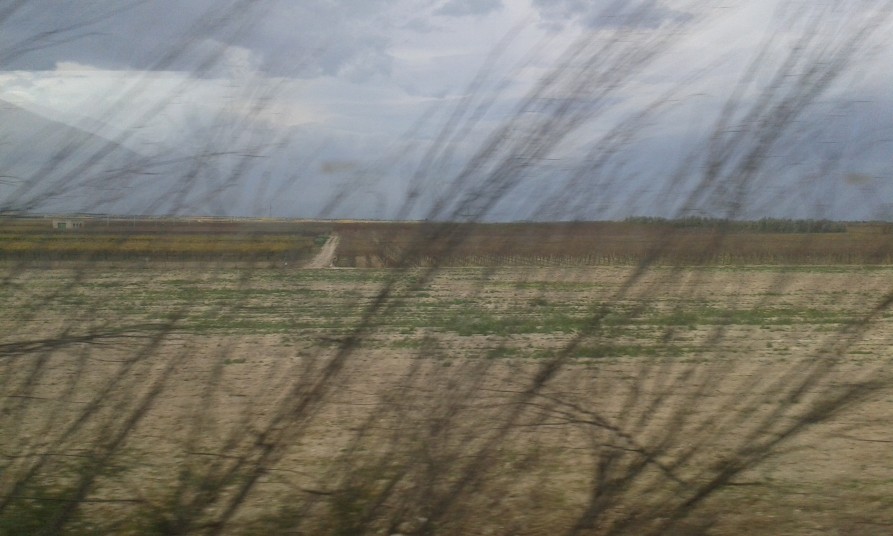 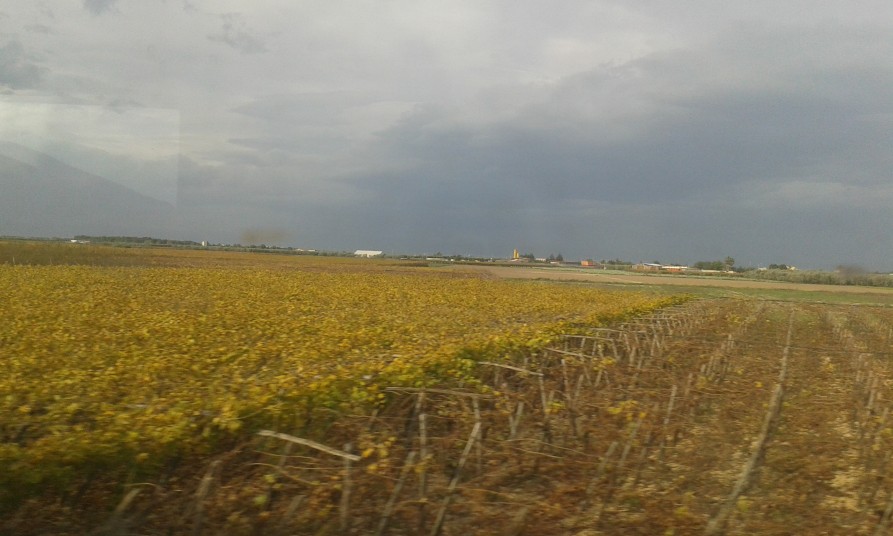 Red wine has come from Puglia in profuse quantities and garnered the region a reputation for being a terrific source of “plonk” for a long time. 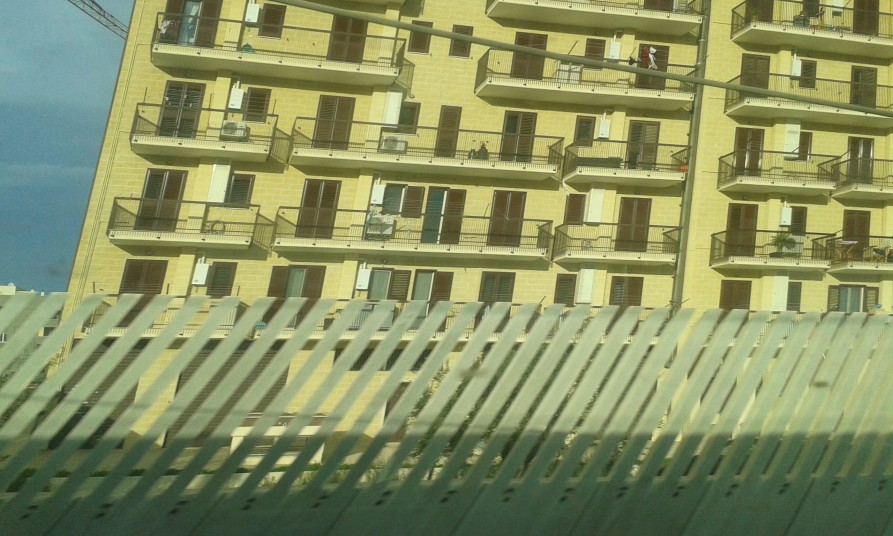 Just on the outskirts and pondering what’s ahead. 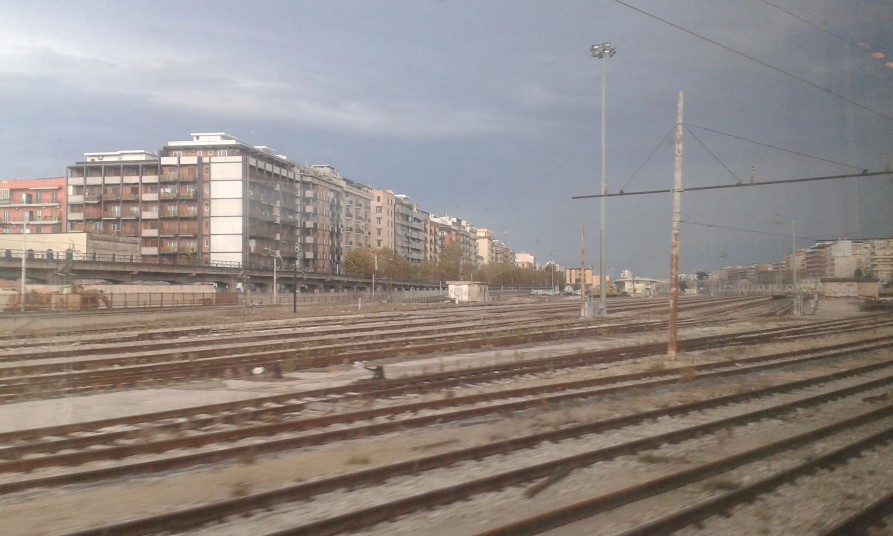 Years ago, Bari had me worried as it’s reputation may have been a bit tarnished, being a major thoroughfare with shipping and passengers arriving from many other parts of Europe, I was told it wasn’t a place a backpacker should spend too much time. Bit older and wiser now, I thought I’d give it a chance considering I’m travelling a little more gracefully … 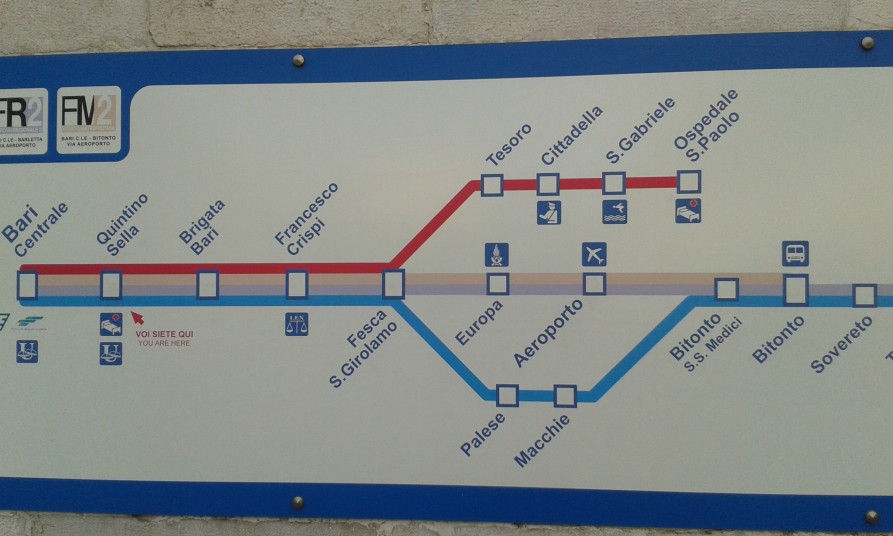 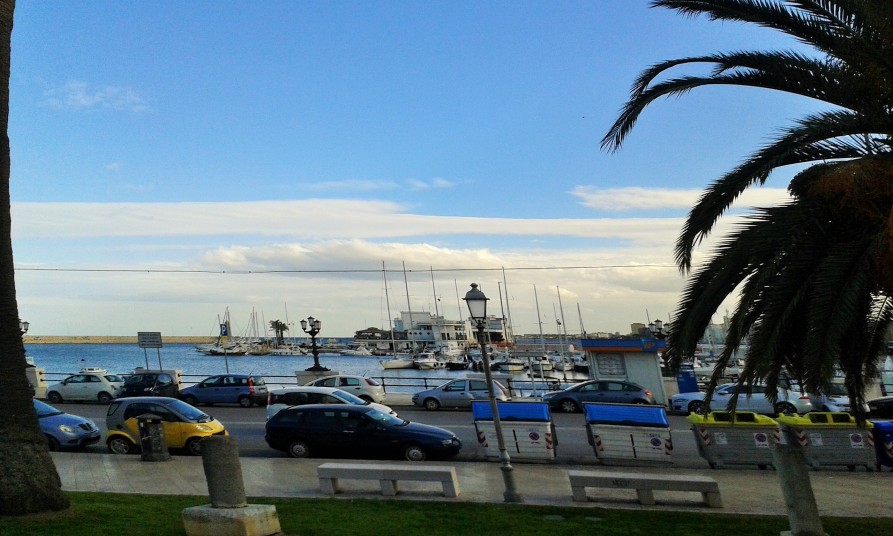 The capital of Apulia and is now considered an important touristic destination within Puglia, Bari lies on a fertile coastal plain facing the Adriatic Sea and I’m keen to see more of it.