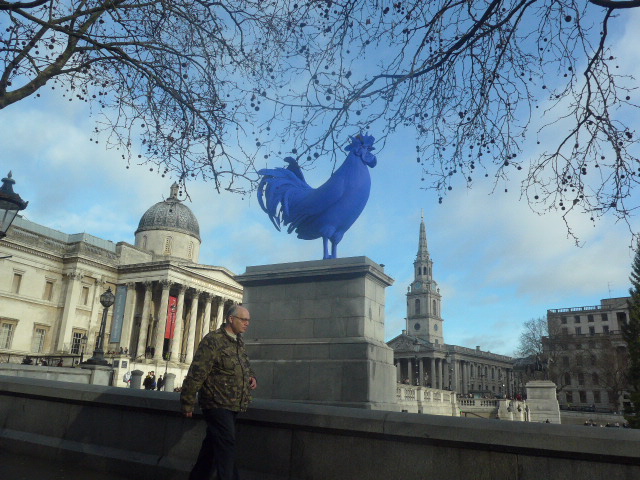 Make no mistake about London – it’s quirky, fun and a city I love. At Trafalgar Square I have no idea why there’s a blue rooster here, but thought it was quite intriguing. 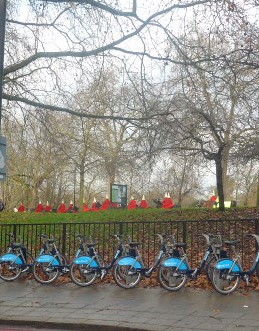 The Royal Horse Guards with rider-less bikes in the foreground. 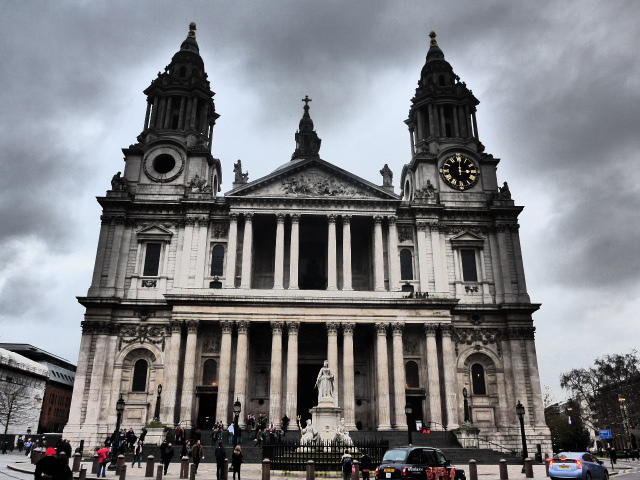 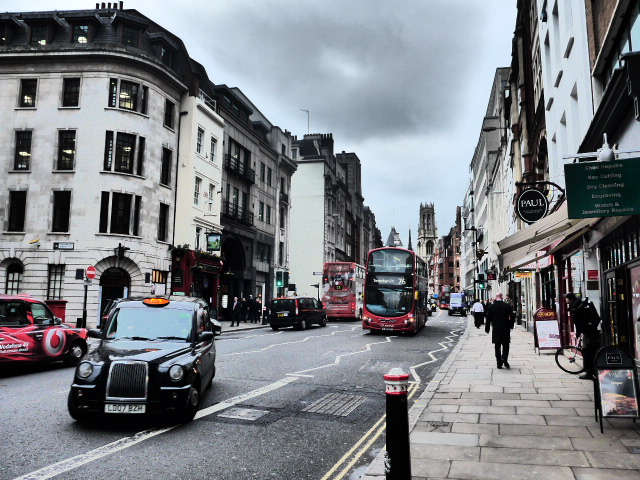 On my way to meet up with friends for lunch and a few bevvies. 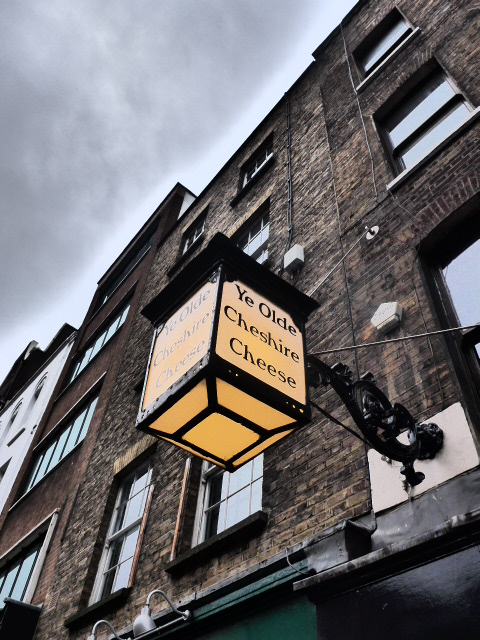 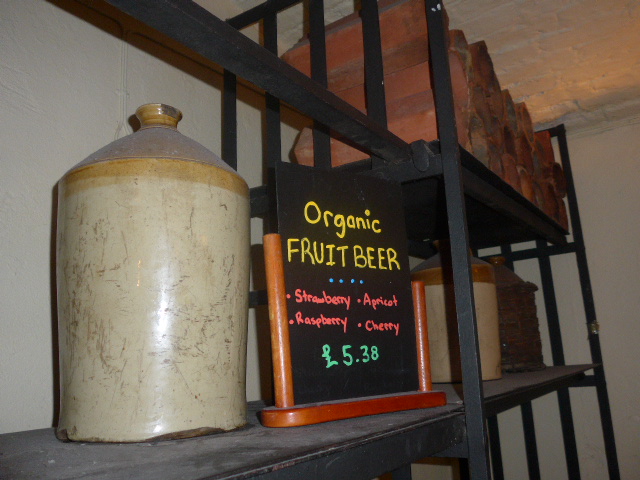 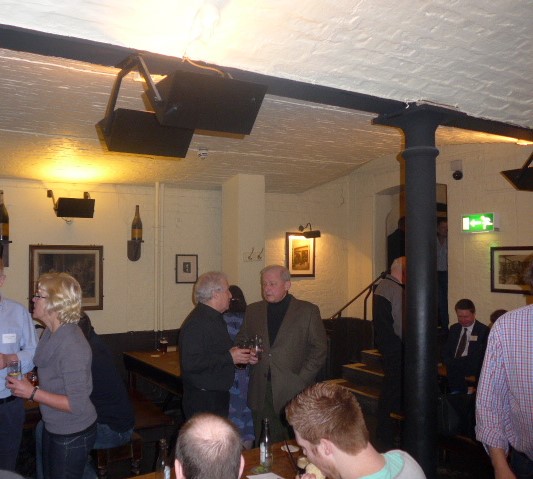 At the Ye Olde Cheshire Cheese with author/writer Vitali Vitaliev (left), who is another train enthusiast and we chatted later about further rail journeys in 2015. At right is Alexander Boot, one of my favourite bloggers who ‘tells it as he sees it’. Check out his post relating to Sydney’s recent terrorist activity. http://alexanderboot.com/content/sydney-could-come-london-says-dave
I know I’m heading home to a country which has never experienced this type of action before. 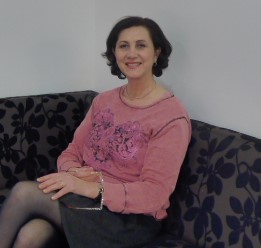 Some things never change, just like I can never pick navy-blue stockings for being black (until it’s too late), I am at times a nervous traveller particularly with long-haul flights. Trying to relax before the arduous flight home with Qantas Airways. Twenty-two hours from gate to gate … Transit time in Dubai is less than two hours which makes QF one of the best airlines to travel with. Three months away will seem like a dream when I return to Down Under. 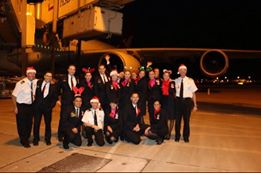 Not to be disappointed with the Qantas crew going home, they were fantastic and really embraced the spirit of Christmas. Big thanks to Jean-Luc from London to Dubai and Anne and the team from Dubai to Sydney who made the journey home comfortable and bearable.