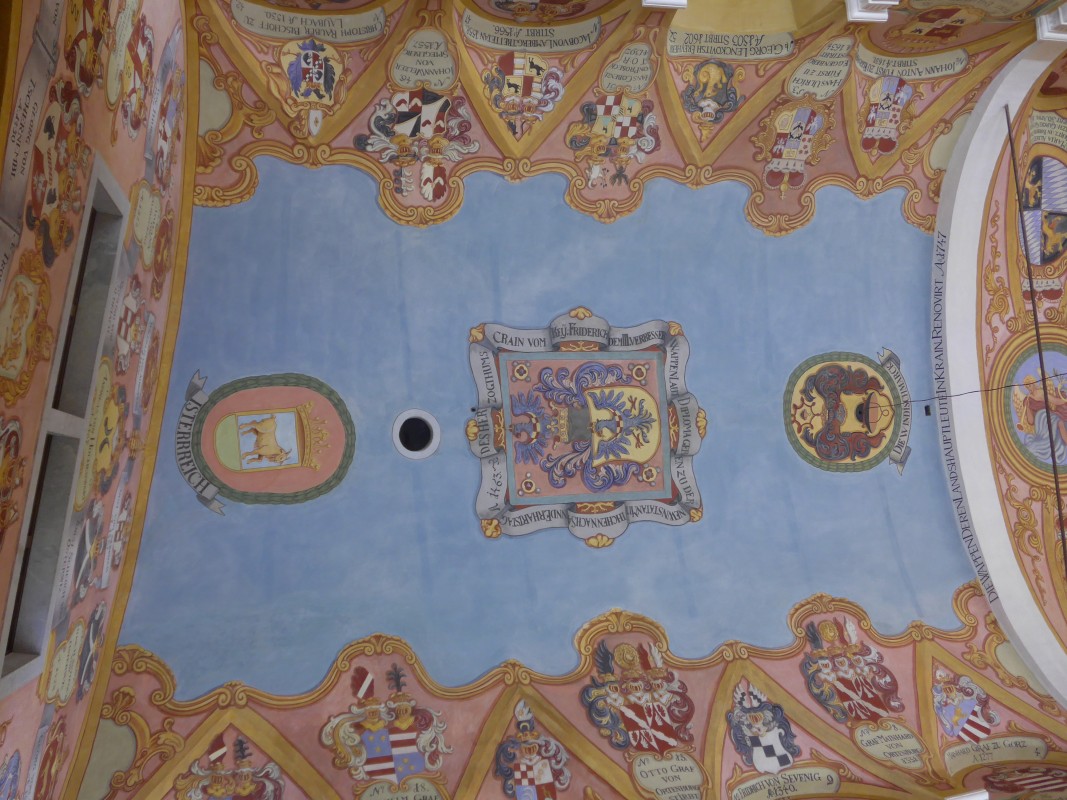 I thought of all the place names I visited so far in the Balkans (when said properly), were pretty enough to be female names such as Ljubljana. 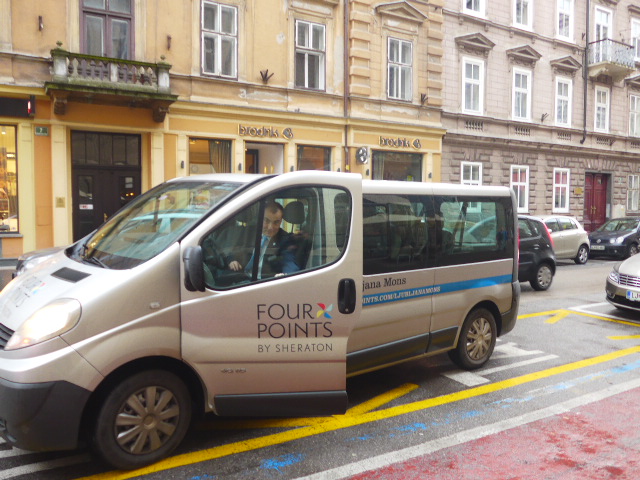 Having ‘lost’ my cash card in Dubrovnik, luckily I’d bought my bus fare the day I arrived there. The overnight trip meant I didn’t see the Croatian coastline. In fact from Zagreb to Ljubljana I was the only passenger onboard with a driver and conductor. Although not able to speak to them properly (due to neither of us speaking the same language), some odd German words were handy.

As I arrived at the station in Ljubljana, The Four Seasons Sheraton arrived with a shuttle service which is free as the hotel is about 10 minutes from the city centre. Very grateful and important to have stayed at a superior hotel as I knew my Credit Union would not release any funds to me unless they spoke to me directly – even after midnight with the time difference. 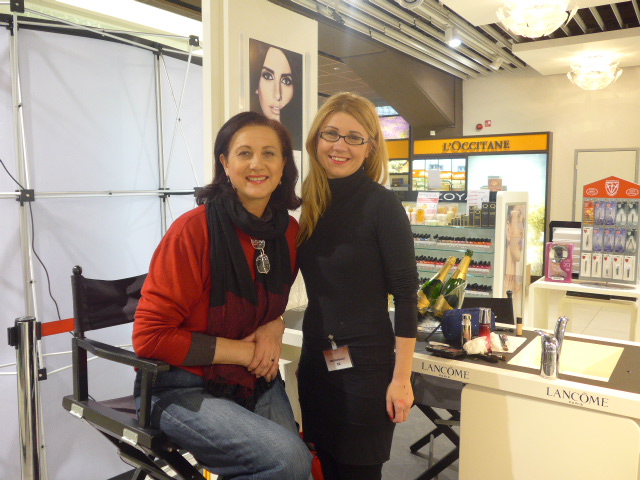 So what do you do when you are stressed and have no real money on you? Yes, of course you go shopping in the most expensive department store – right next door to the bank I’d made arrangements with as it’s Western Union which would give me some of my own money …
Here I’m with a delightful young Beautician for Lancome cosmetics who did a ‘make over’ with my favourite products; not to mention the glass of bubbly and chocolates. After I left here, who should I run into? My lovely bus driver and conductor from the night before. Not sure who had the bigger shock, me seeing them again or they seeing me with make up on! 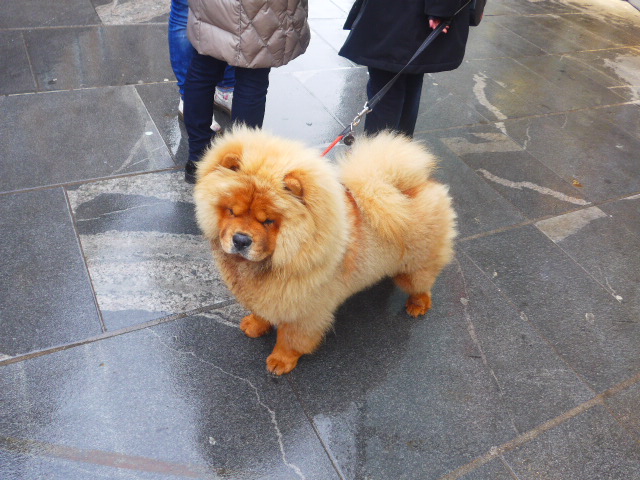 I didn’t really want to take his photo, I just wanted to give him a big cuddle. 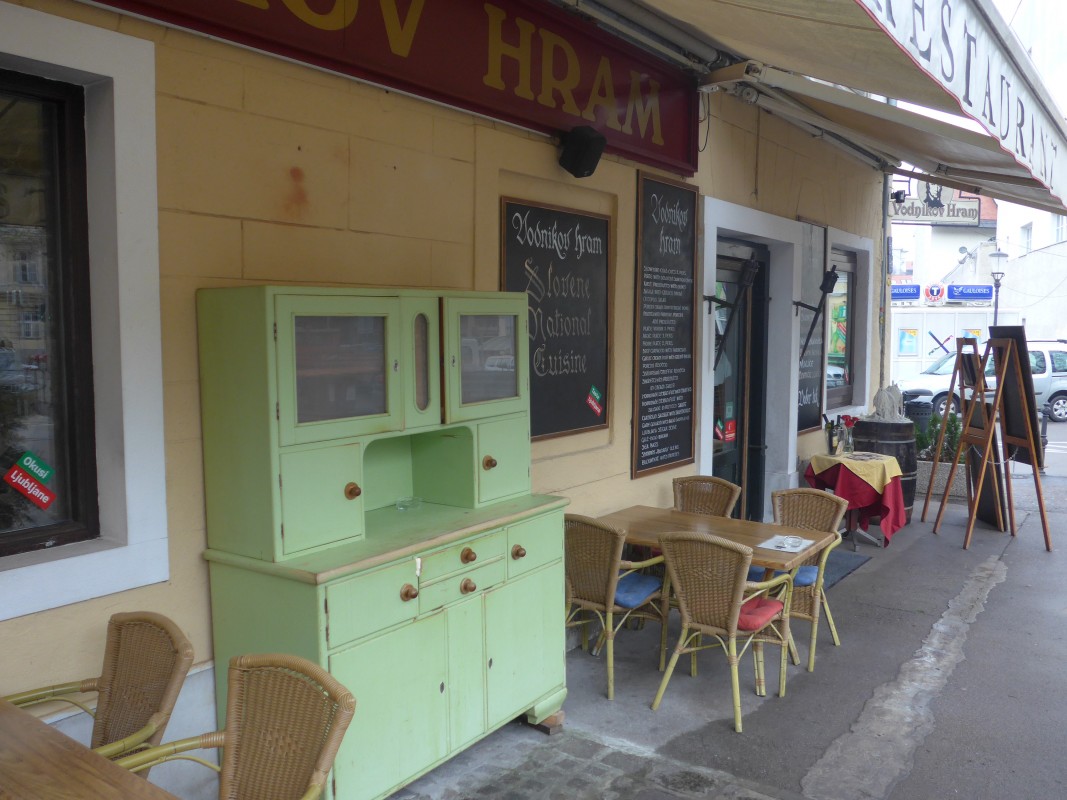 Enough money always for a nice cuppa at a quaint cafe near the Castle. 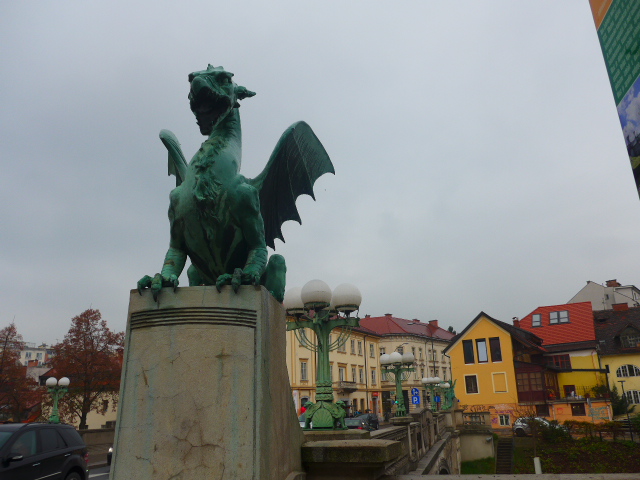 The symbol of Ljubljana is the dragon, which dominates the iconic Dragon Bridge, and the city’s most prominent attraction Ljubljana Castle. 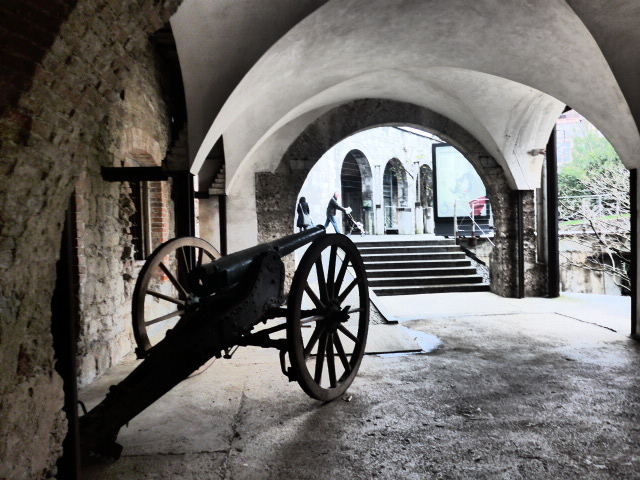 Ljubljana Castle is a definite must-see and located almost in the city centre. 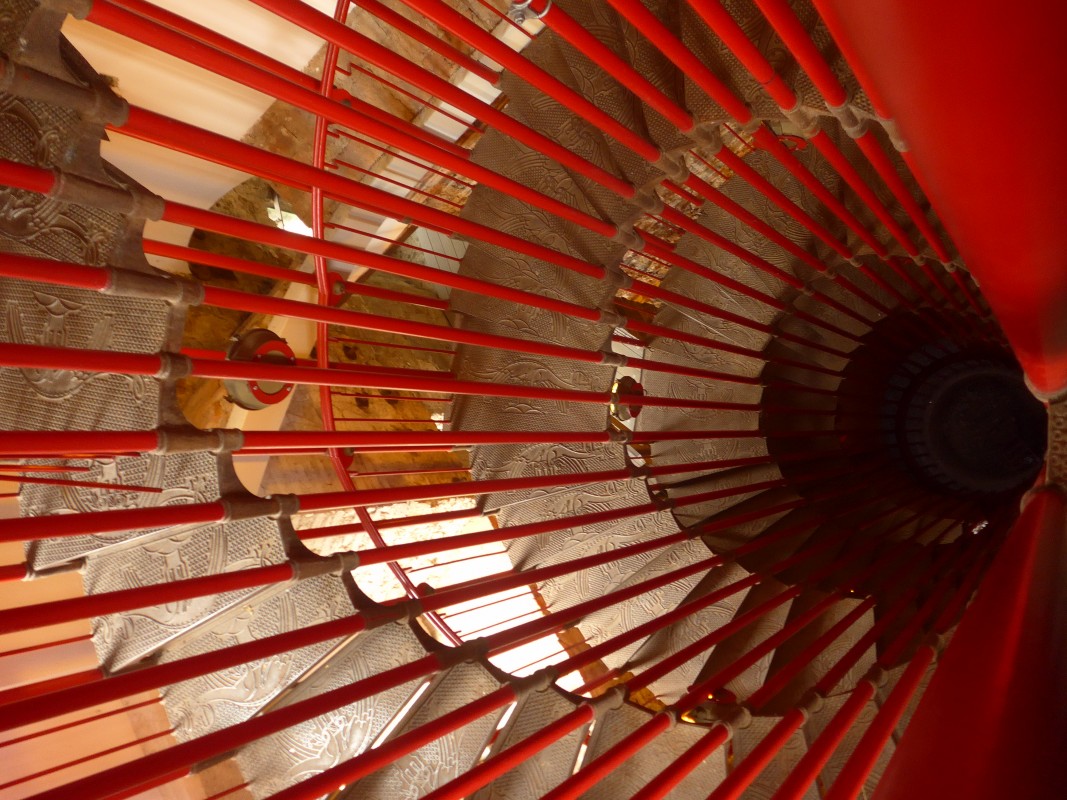 Stairwell inside the castle. I opted not to go down. 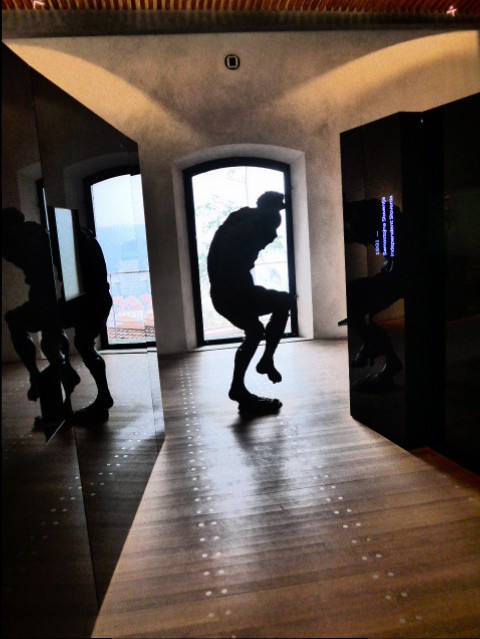 Sculpture inside the Castle’s Museum 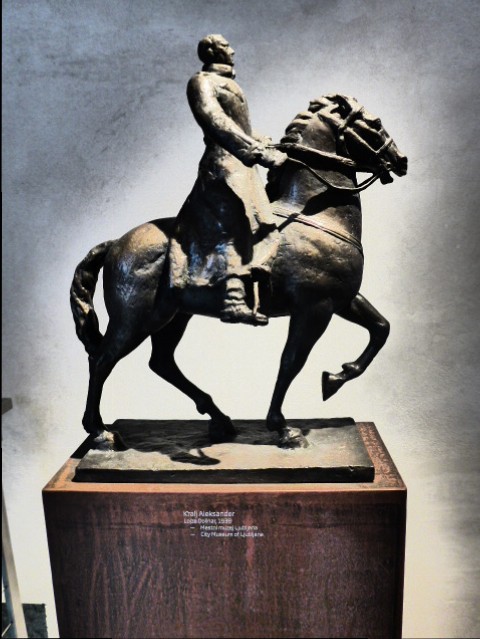 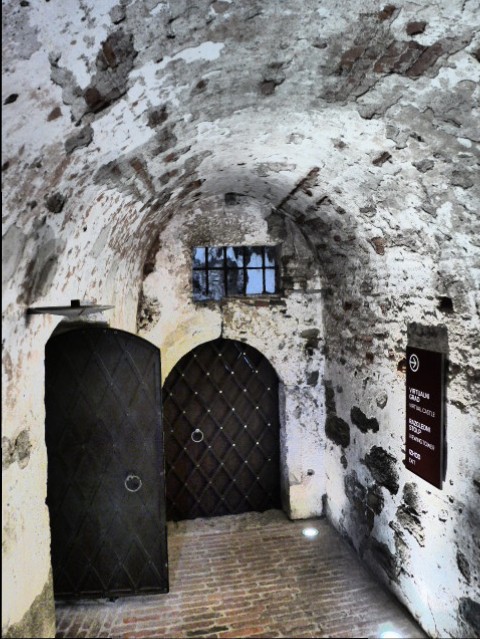 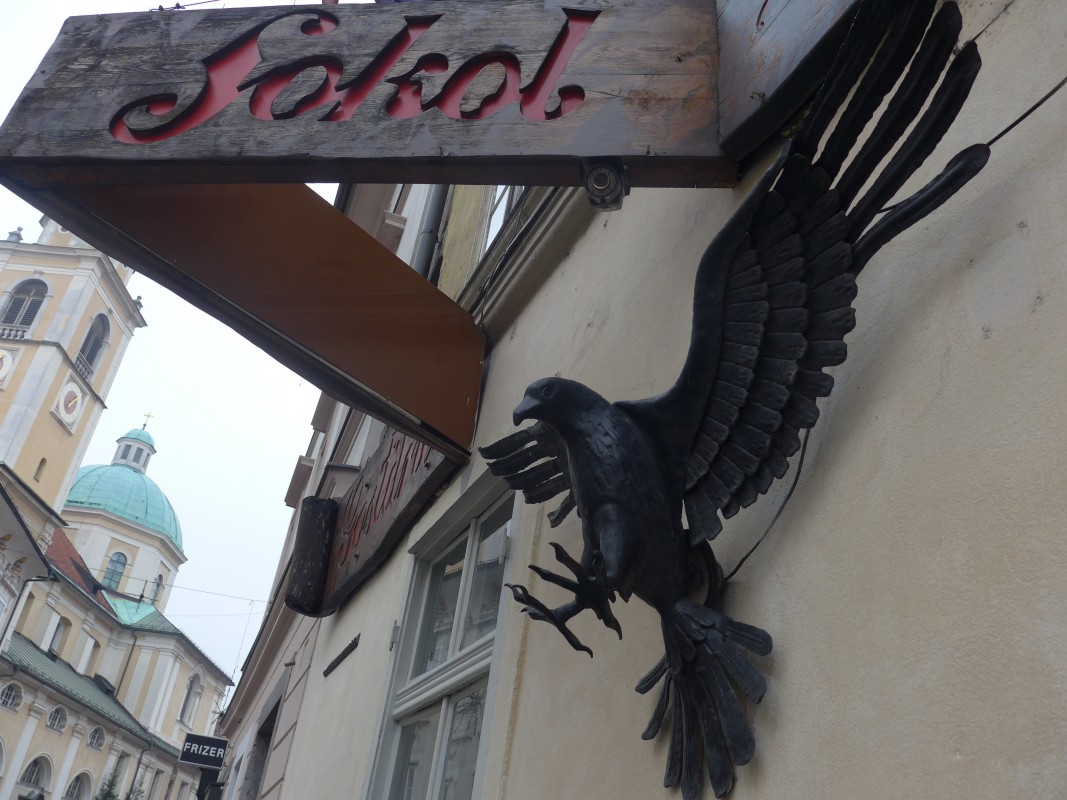 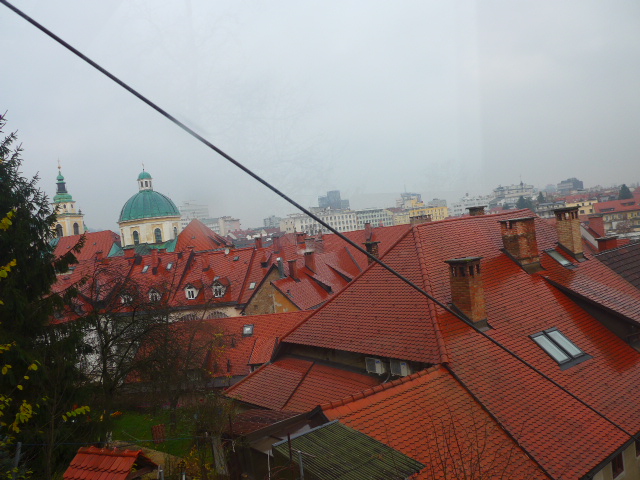 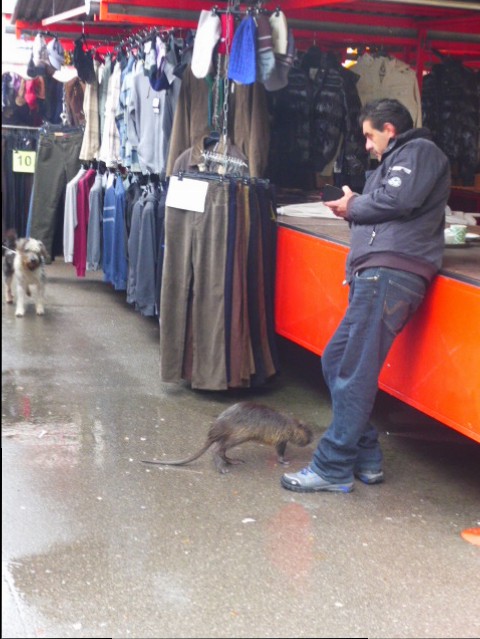 No one seemed bother by this ‘little’ fella … I think he’s considered a local. 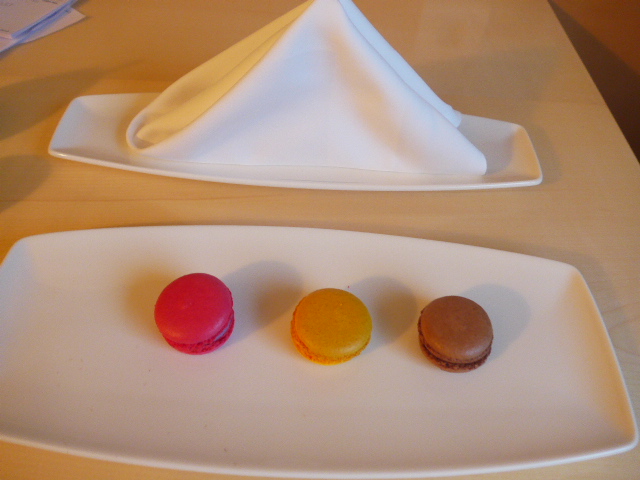 Big thank you to the staff at Four Points Sheraton for all their assistance in helping me sort out my dilemma. And, whoever put these macaroons in my room each evening, let me tell you they were most enjoyable. 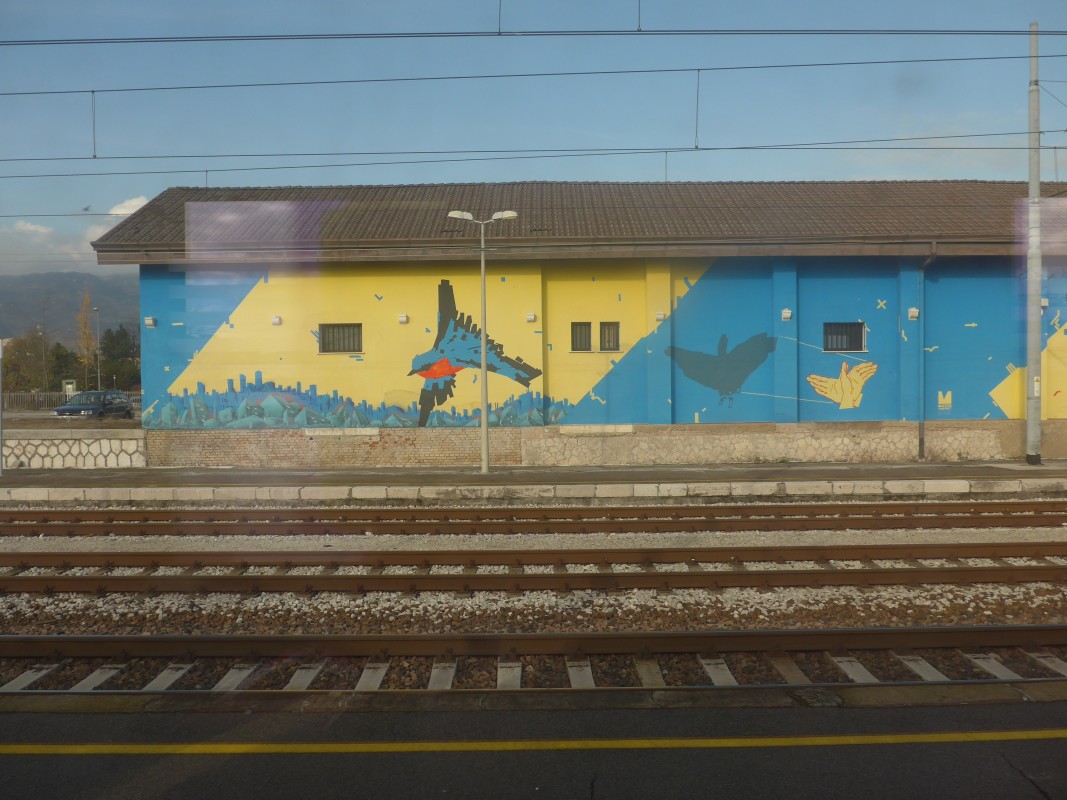 Now leaving Ljubljana and very happy to feel the freedom of being back on a train after flying a couple of routes and some ‘fly-by-night’ bus trips. I’m now heading to Venice for a little side trip before going onto Germany as I’ve not seen it for about 20 years now.