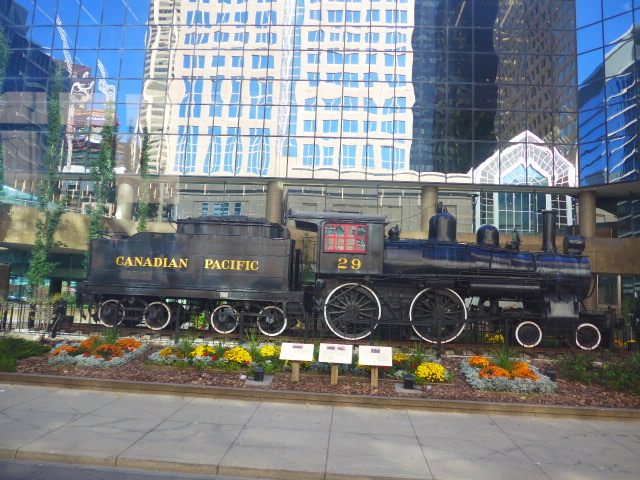 I’m taking on more rail travel and now on my own to cross Canada with Via Rail’s ‘The Canadian’, an epic and sought-after journey with locals and international passengers. The tracks were built by Canadian Pacific Railway which was founded in 1881, linking Canada’s populated centres with the vast unpopulated West. This incredible engineering feat was completed on 7th November, 1885.

Today’s Canadian train takes the more northerly Canadian National route across Canada via Edmonton and Jasper and was completed in 1917. 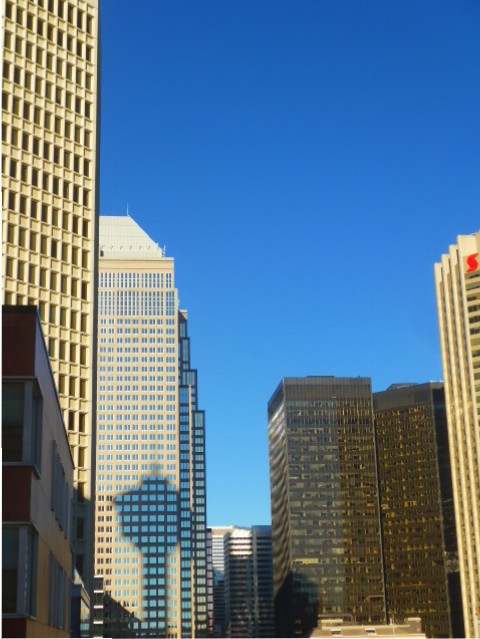 So it’s bye now to Calgary and I was quite impressed with its friendly people, incredible array of food choices and value for money. 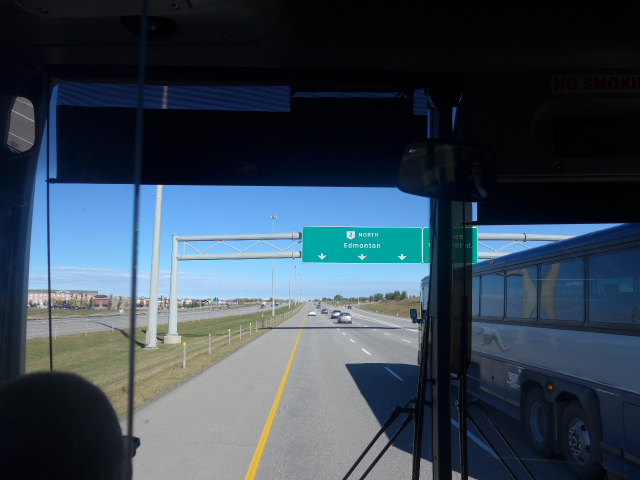 From Calgary, it’s necessary to travel by Red Arrow Coaches which has partnered with Via Rail. At a cost of approximately CAD75.00 one way it includes amenities, meal and wifi – it was a seamless trip across to Edmonton to pick up the train from there. The ticket office is a short walk from Le Germain Hotel and the Tower. www.redarrow.ca for bookings online saving $5.00. 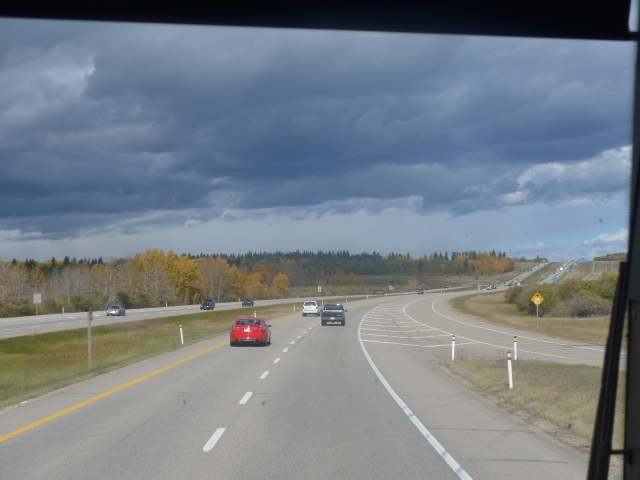 The bus trip from Calgary to Edmonton is less than 3 hours and really comfortable with a short break enroute. 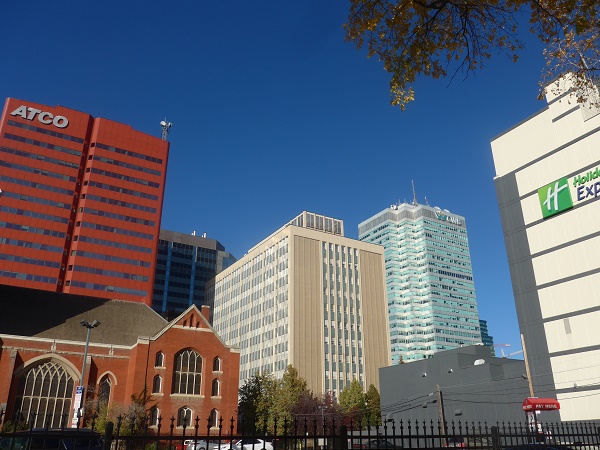 Red Arrow’s bus service and ticket office at Edmonton is right next to the Holiday Inn if you wish to have an overnight stay. The Canadian train from Edmonton Station departs around midnight, might be an idea to spend some time here and enjoy some of the sights. 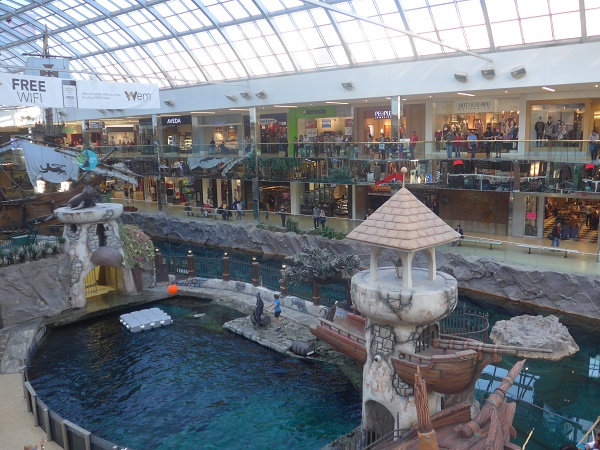 West Edmonton Mall is the largest shopping mall in North America and the tenth largest in the world by gross leasable area. Time went really fast here with so many shops and eateries to choose from. Mmmm think I’ll be coming back to Edmonton somehow … Really liked it here. 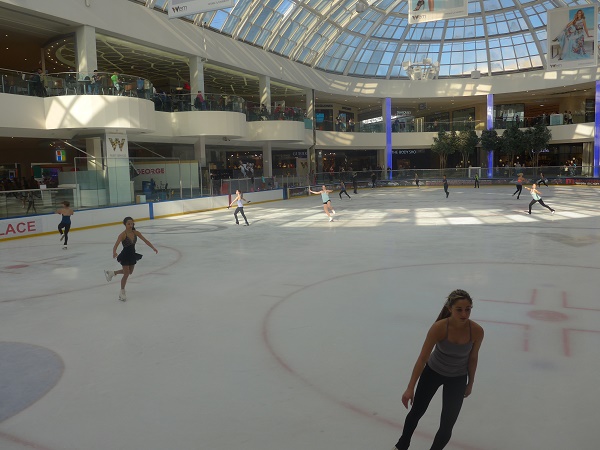 Or you can just chill out, have a cuppa and watch the all the potential Torvill and Deans practise their routines on this indoor skating rink. 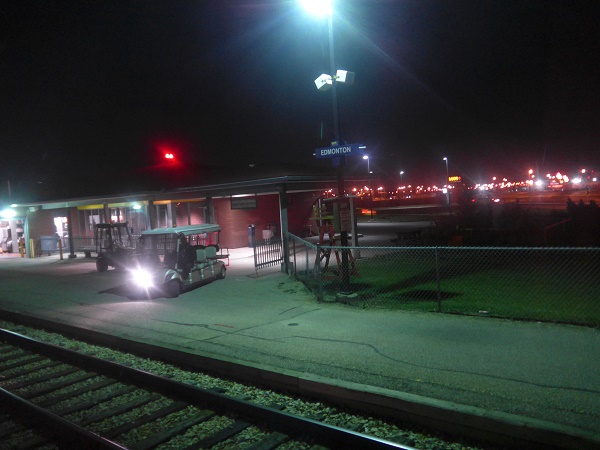 Edmonton Station is just on the outskirts of the city and the journey from here becomes three-nights on the train heading to Toronto – its final destination. However, being a major transit city there’s connections to all the other services Via Rail have to offer at Toronto’s Union Station. 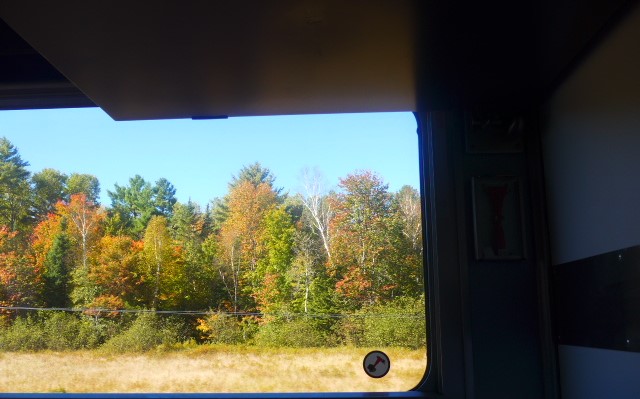 You can travel very affordably in Economy class in a reclining seat, or in Sleeper Plus class with a private sleeping-car room and restaurant car meals included. And new from 2014, there are deluxe Prestige class sleepers too. 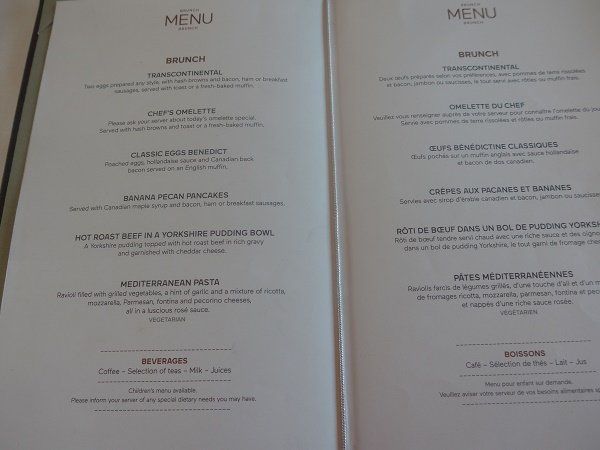 Speaking of meals, there’s a different selection from the menu each day. 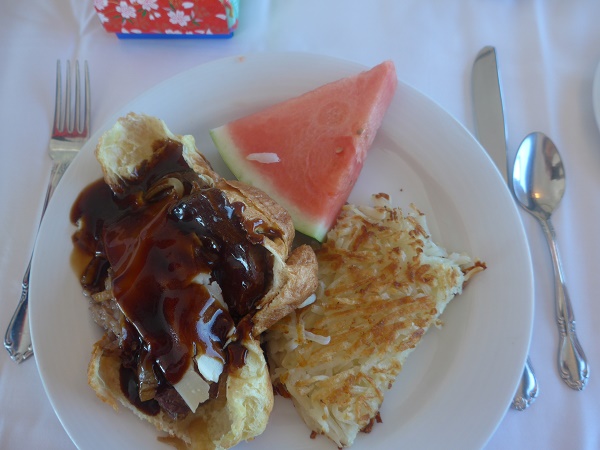 If you ever see Hot Beef in a Yorkshire Pudding Bowl on the menu – order it – just the best and extremely popular. Simply delicious! 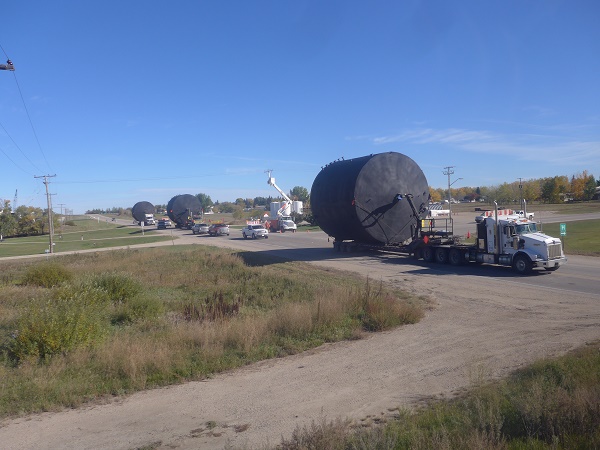 Obviously, someone has to do some work while we all just watch the world go by eating our breakfast. 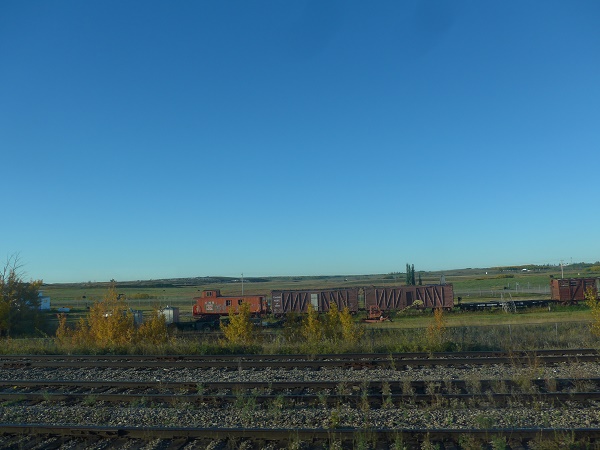 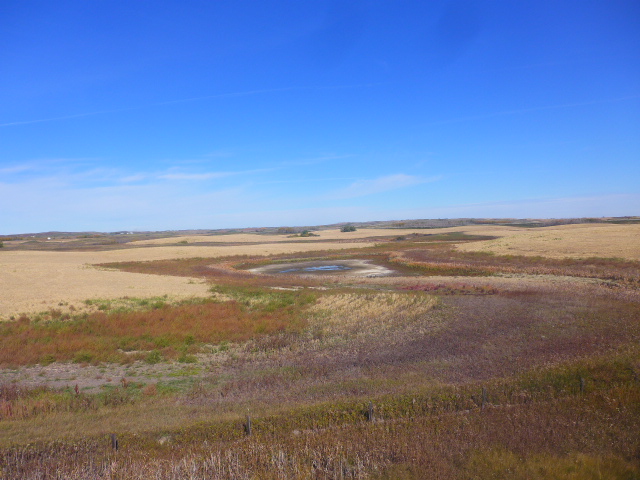 Landscape has changed so much now as we traverse across Canada. 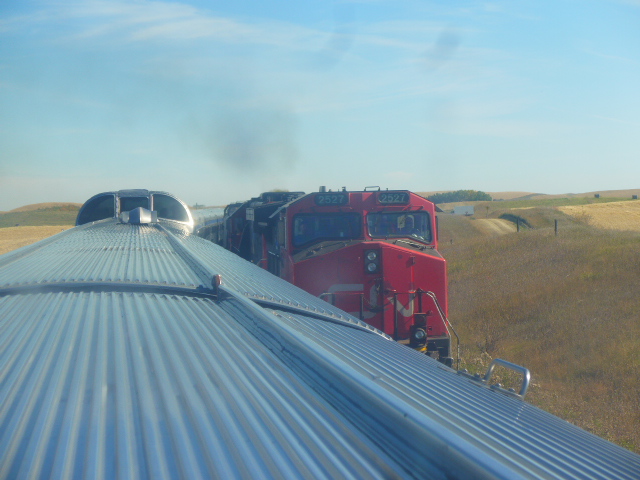 Freight trains take precedence over the tracks, but that’s fine with me when you have time on your side. 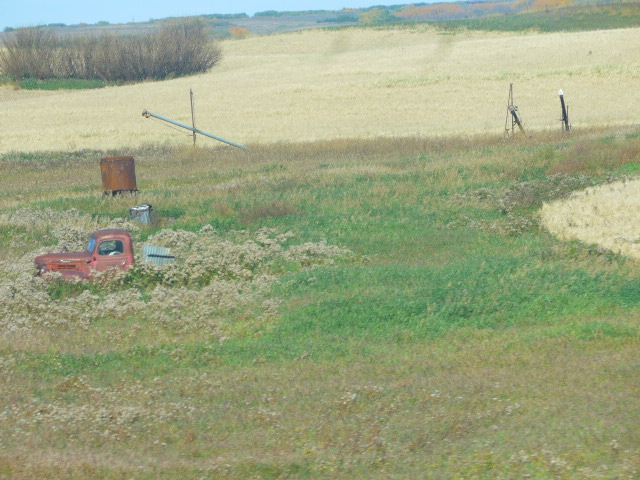 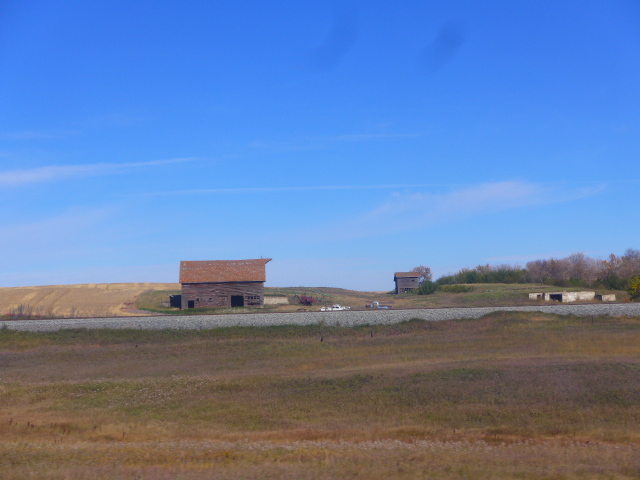 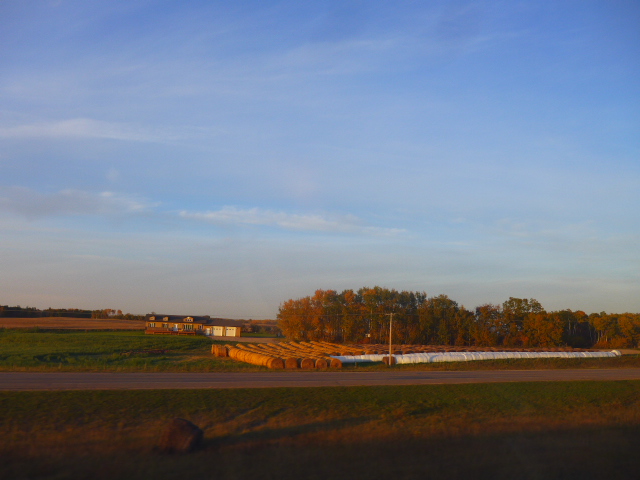 And as dusk envelopes the day, we’re ready for more food and relaxation …