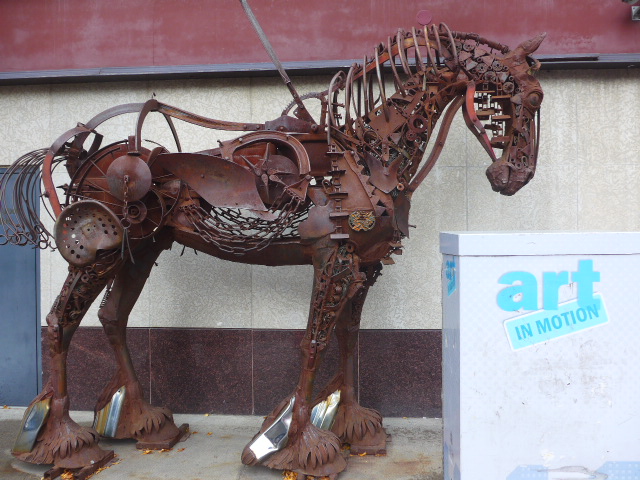 Calgary is far more artistic and cosmopolitan than I expected. It’s not just the annual Calgary Stampede which turns the city into an inflated cowboy town; it’s really an easy-walking city with a definite vibe and eccentricity all its own. 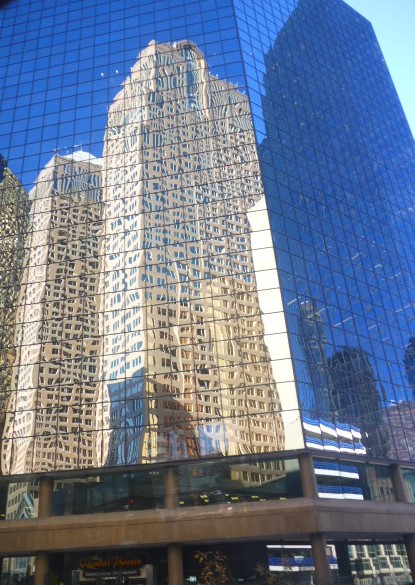 Hotel of choice, the stunning up-market Le Germain – smart, contemporary and central to everything. 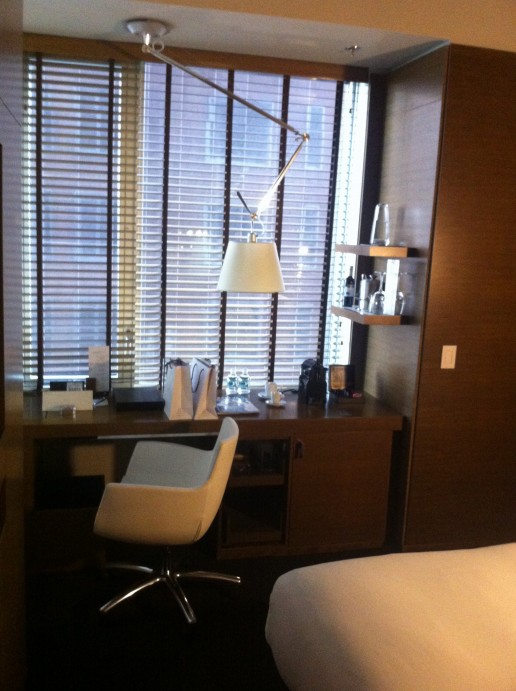 Snazzy and opulent, Le Germain is plush without any regard for its competitors with many endearing attributes – noticeably a nespresso coffee machine which makes a great espresso! Other inclusions are as follows: 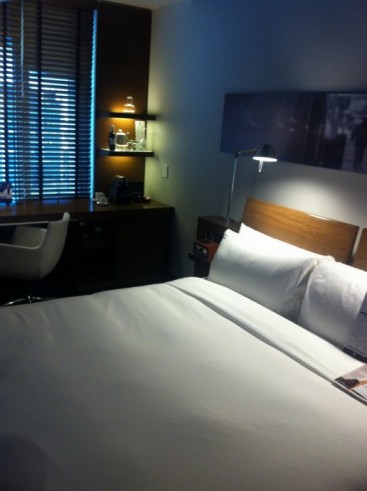 Looks great and I’d be happy to have a nap, but we’ve not hit the town yet … 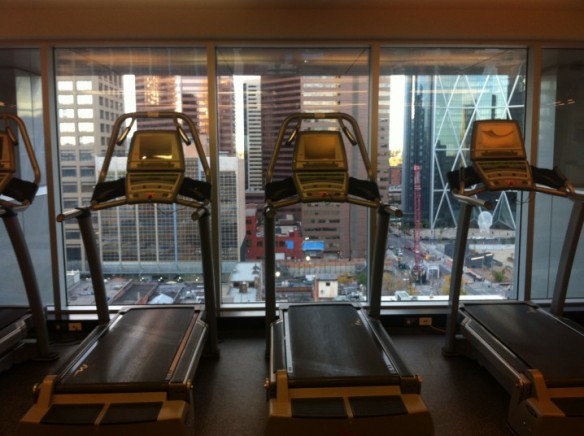 Great view from the gym, however won’t be needing this as we’ve our running shoes on to see other parts of Calgary with only a short time here. 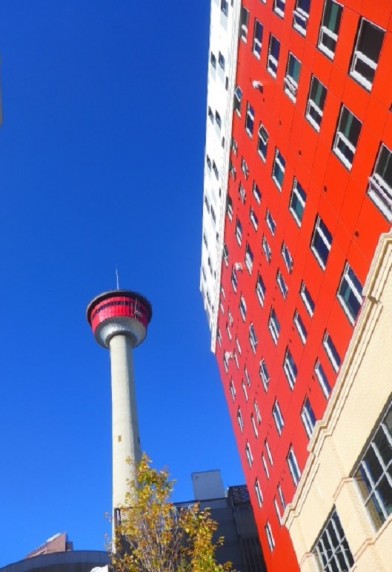 Straight across the street from the hotel is the Calgary Tower and at 1,228 metres above sea level, it’s home to the highest 360° observation deck in the world with a restaurant at the top. 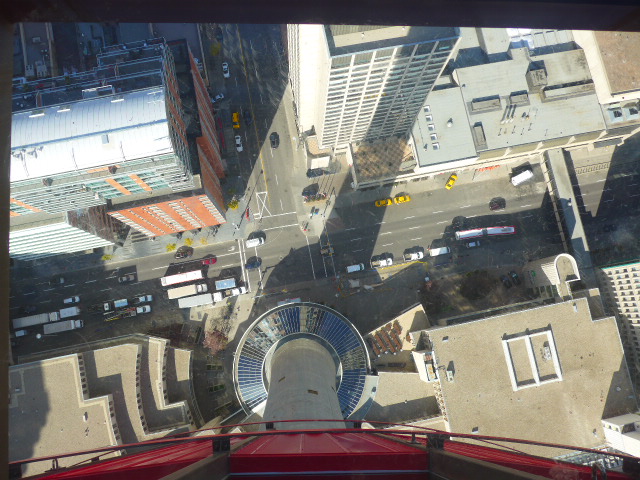 Standing on a glass floor and looking down, but not too long for me – yikes. 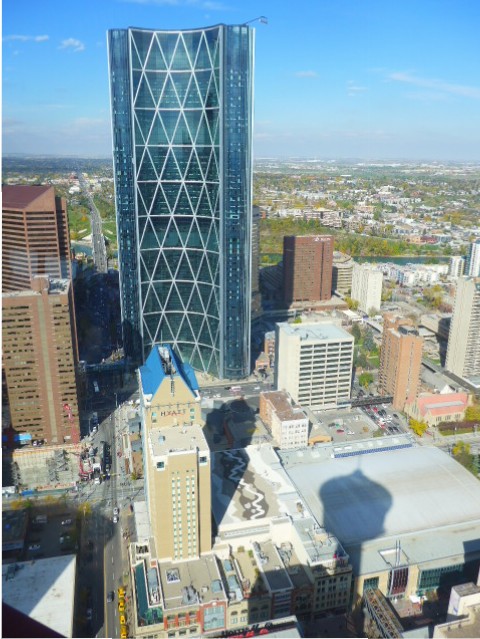 Spectacular views from every angle. 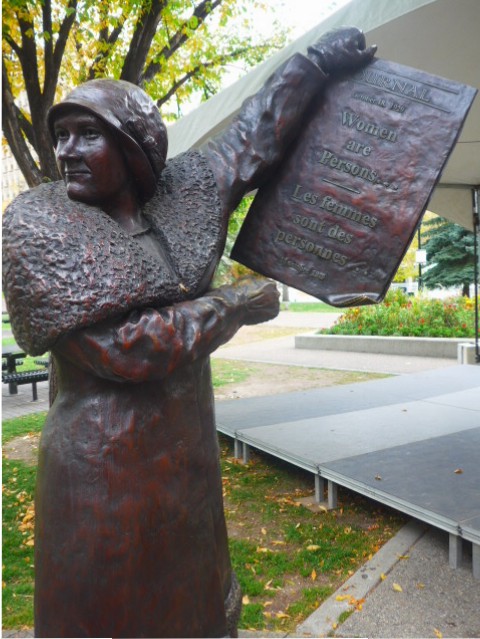 No shortage of parks and gardens whichever part of the city you visit. 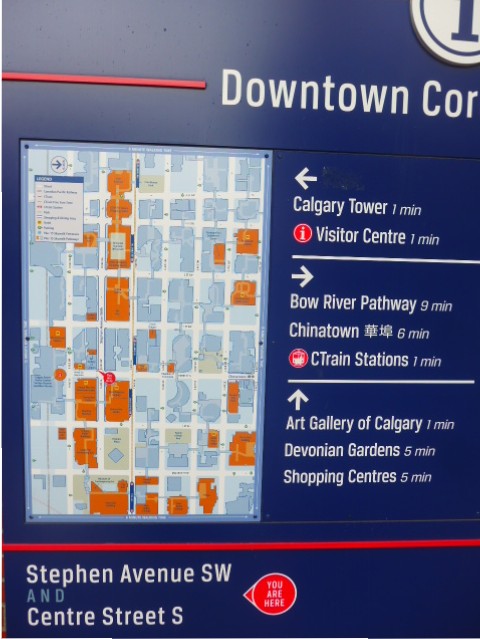 Within a short walk of virtually anywhere, you can find an array of eateries/bars for all budgets and taste buds – especially in Stephen Avenue. 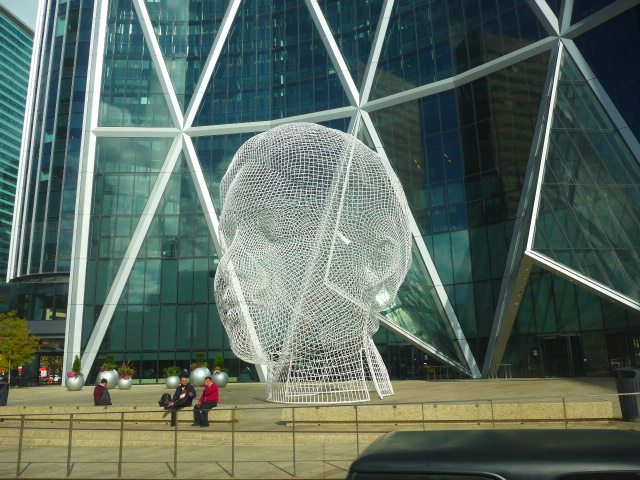 This sculpture cries out “climb me” … Only it’s not permitted. Lot of disappointed kids! 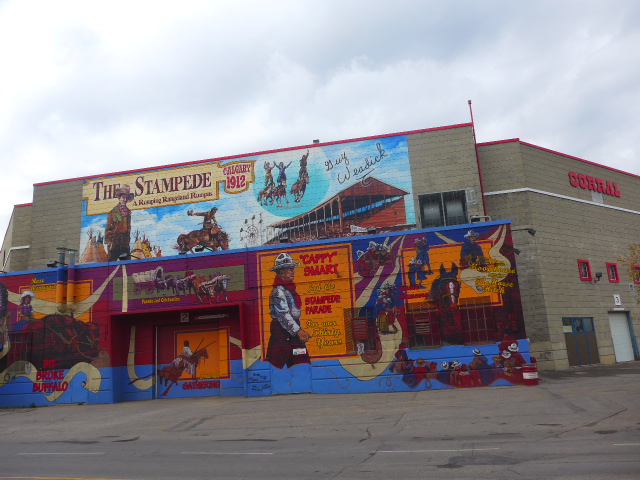 Calgary to me is best known for The Greatest Outdoor Show on Earth each July, with the Calgary Stampede featuring a vast array of arts and agricultural exhibits, musical performances, intriguing cuisine, along with shopping, rides and games. 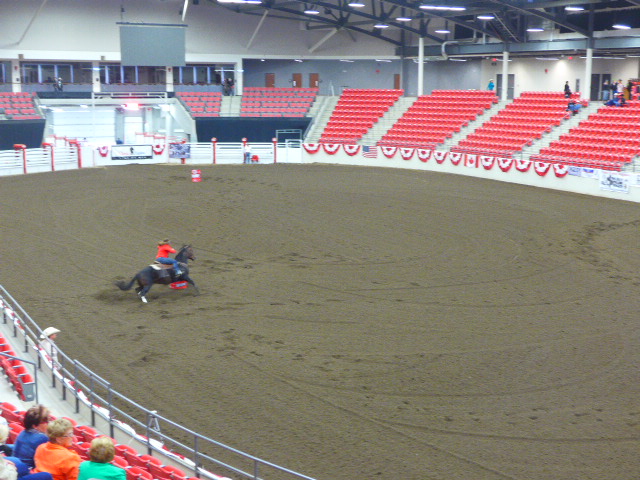 Lucky enough to watch some classy barrel racing. I’ve not done this since Pony Club days. 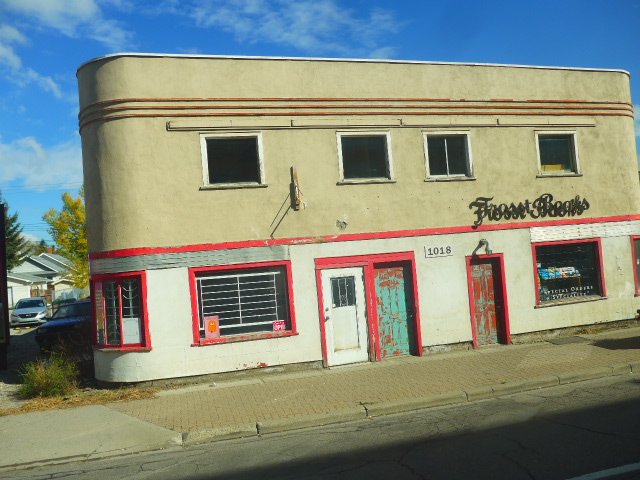 And on the other side of the city, there’s burgeoning areas with art deco buildings being preserved. 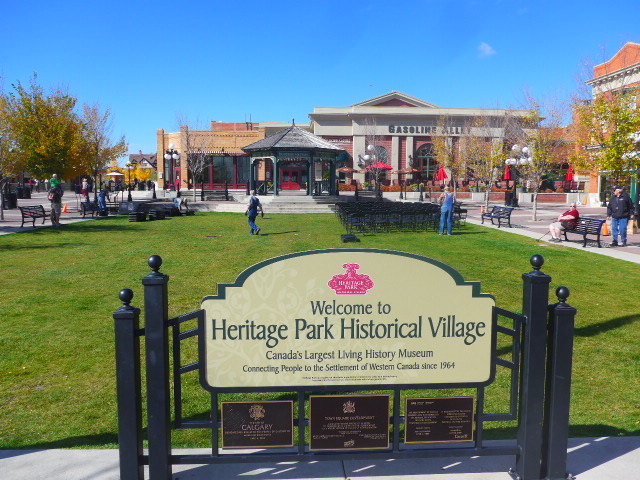 Heritage Park is worthy of a visit with lots of interesting exhibitions of a by-gone era. 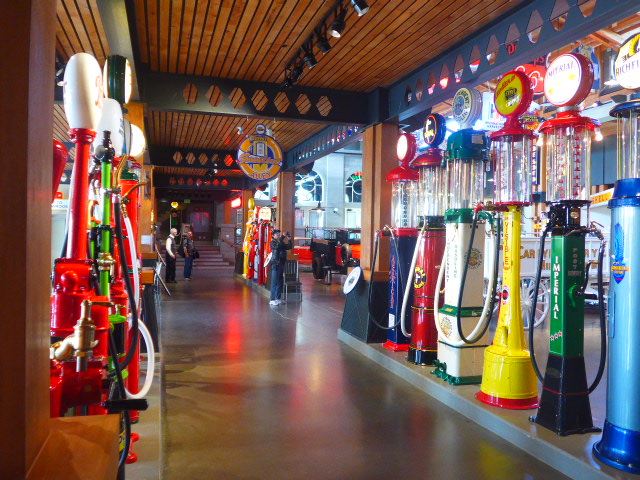 Remember the days when there was customer service at the bowser … 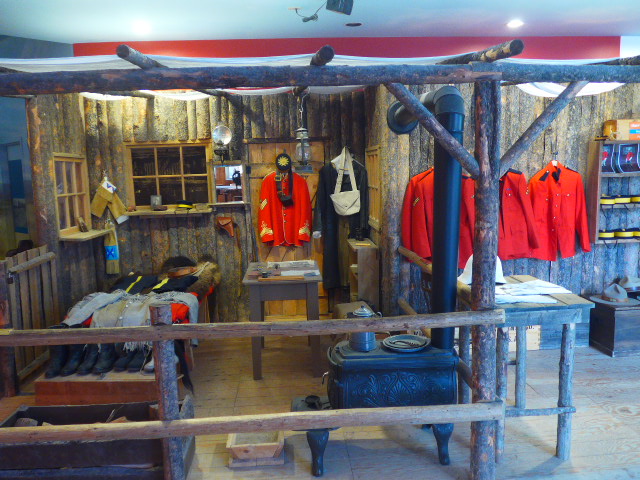 At Fort Calgary, the exhibits give an insight to the North West Mounted Police, who built their fort at the confluence of the Bow and Elbow Rivers in 1875 and the foundations for the city were laid with many other impressive artefacts which can be found here. 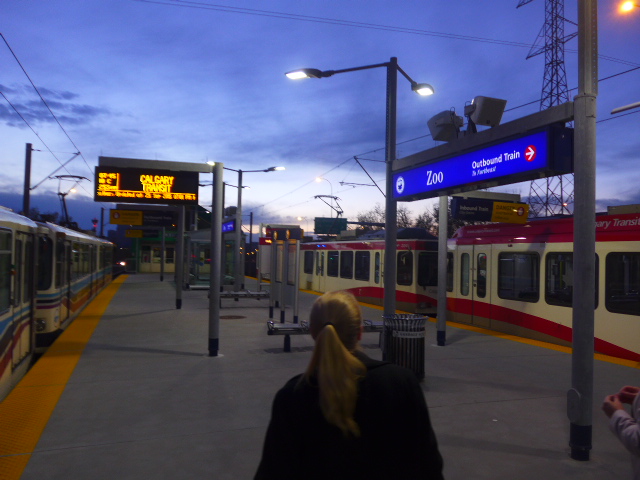 Head down to the Calgary Zoo with your kids, family and friends to see over 1.5 million lights twisting around trees, tracing animal and dinosaur shapes and flashing to music. Zoolights is only on offer towards the latter part of the year.

The train stop is not at all far from the Zoo entrance and costs about $3.55 per adult. Calgary Transit offers bus or C-Train (LRT) service to virtually anywhere in the city. The C-Train is free downtown – simply hop on at any stop along 7 Ave. As long as you hop off the train before leaving downtown, no fare is required. 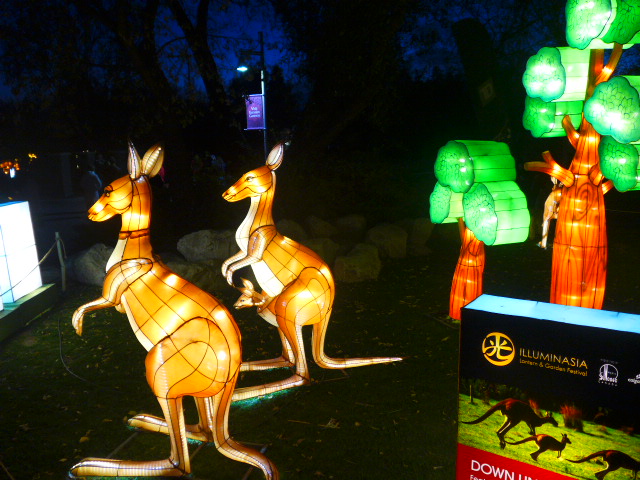 Awww … Had to check out the kangaroos at the end of the day!