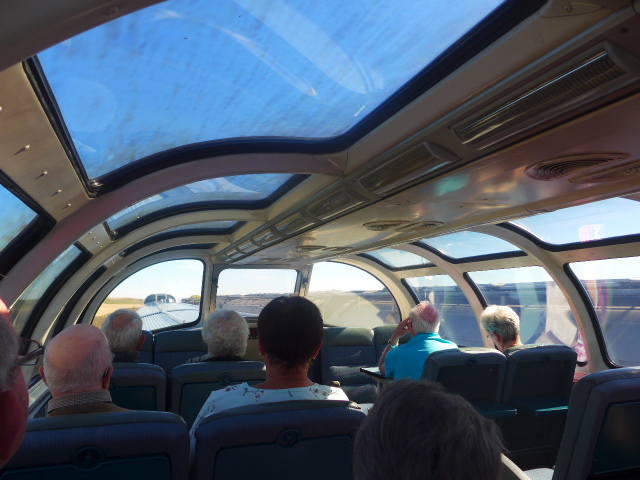 Up early after breakfast we’ve taken a seat to settle in for a full day’s viewing of Canada’s vast and expansive interior. 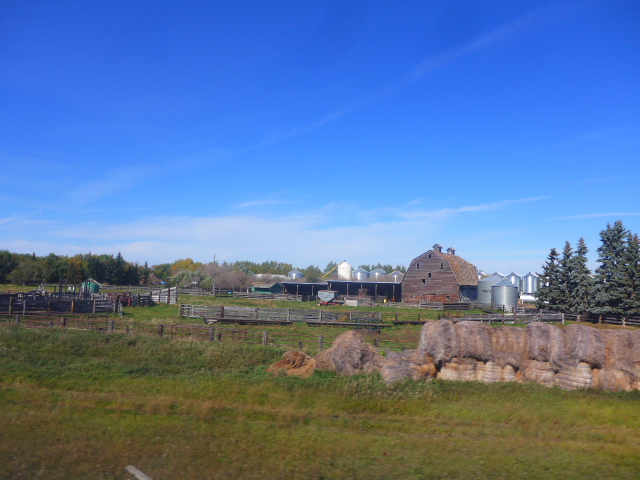 Plenty of farms all ready for a day’s work while we just watch. 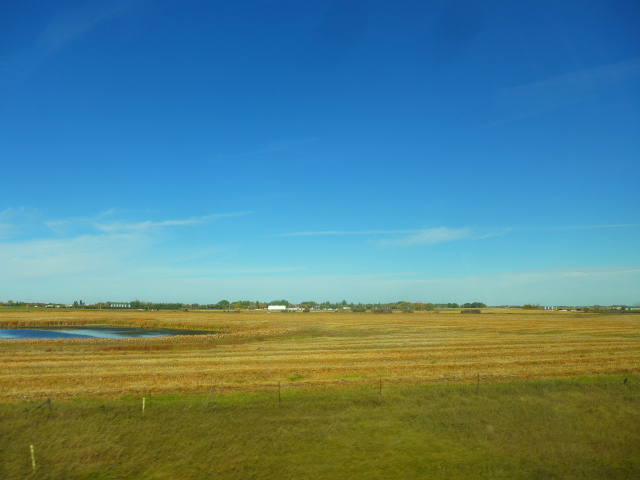 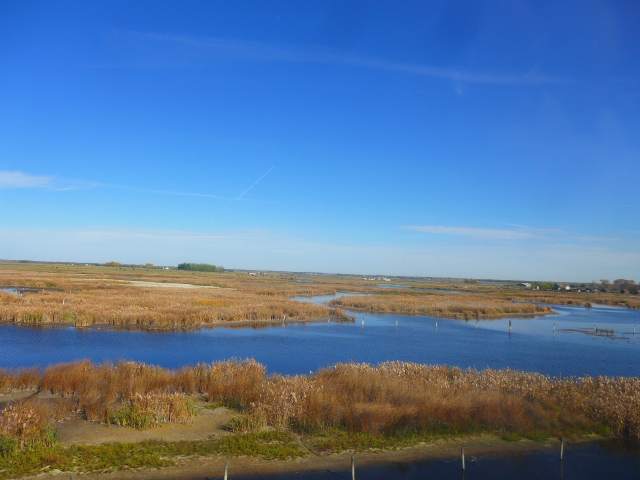 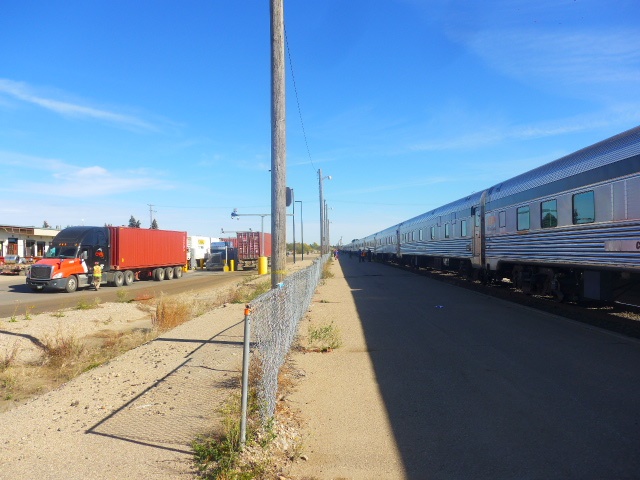 We’re having a break and walk around at Saskatoon. Time for ‘The Canadian’ to have a refuel and we’re more than half way now. 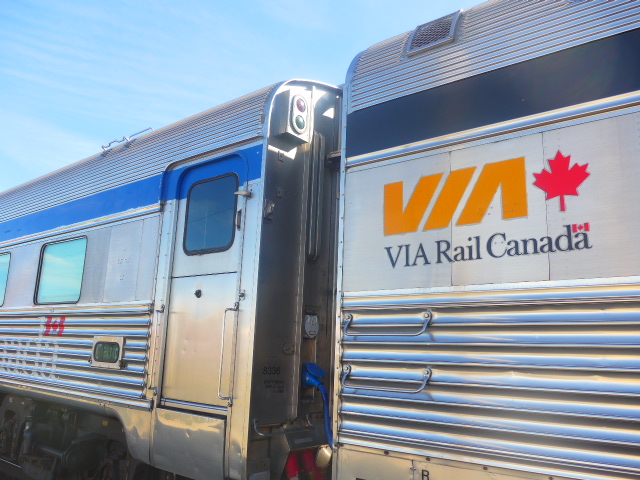 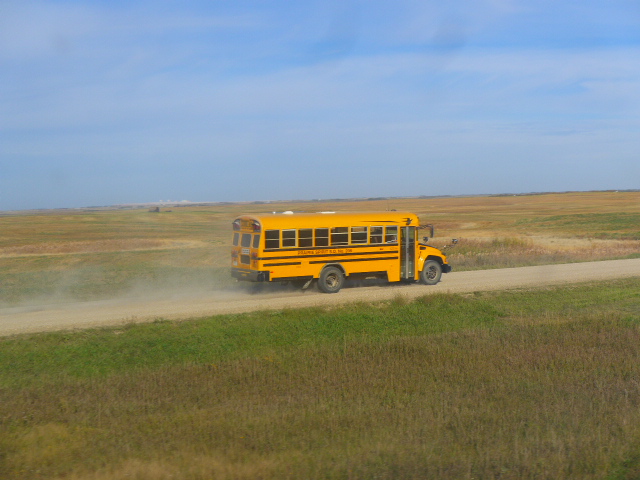 No doubt we’re going to outdo the school bus … 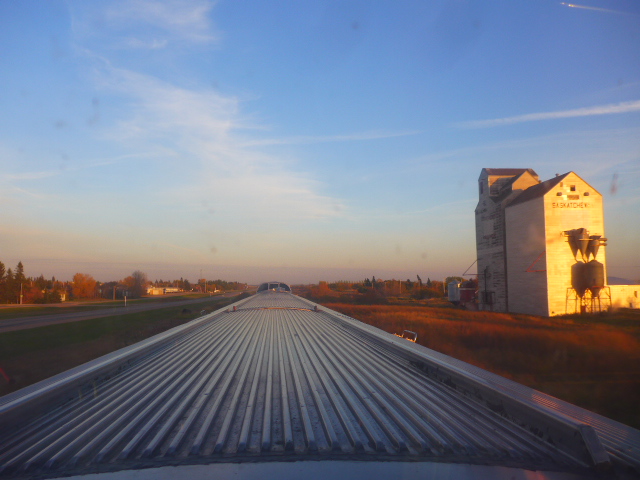 Speeding up towards Winnipeg whereby we’ll arrive later in the evening for another break. 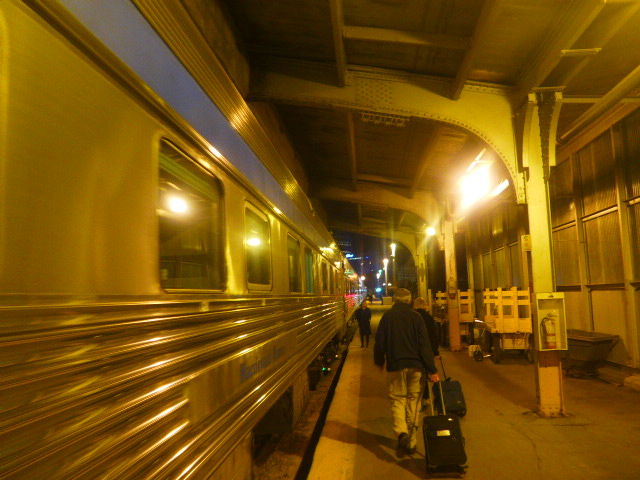 At Winnipeg Union Station, some passengers will either depart here and others will embark to continue their journey across to Toronto.

An easy couple of hours spent here whereby we have wifi available to check what’s going on, but really haven’t missed it all whilst onboard? Been too busy watching the world go by … 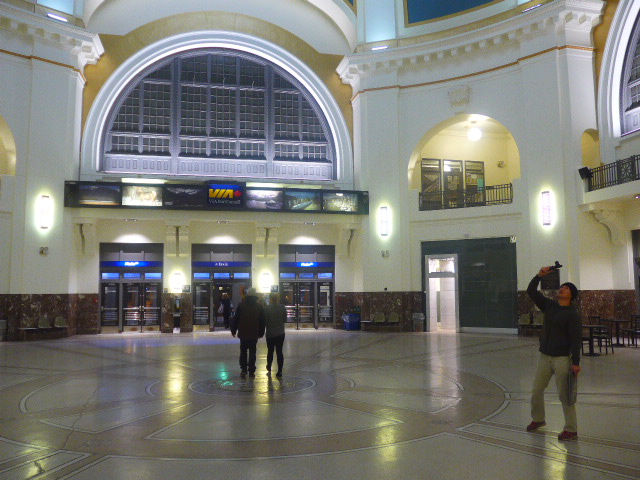 The station’s building was designed in a “Beaux-Arts” style by New York’s architectural firm Warren and Wetmore (of New York Grand Central Terminal fame) and constructed from local Tyndall limestone, in which many fossils are still visible. 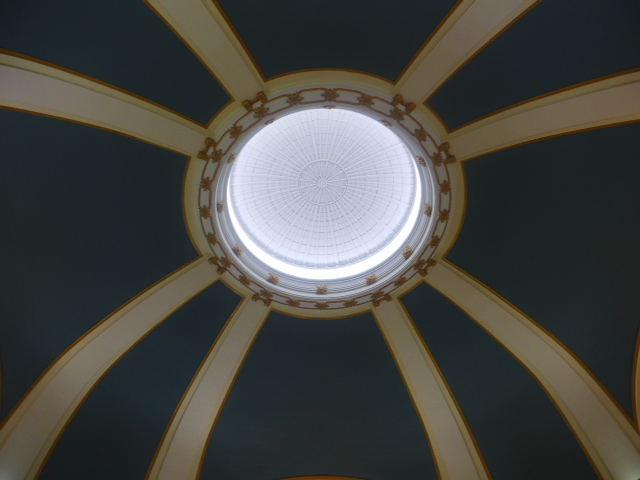 The station provided terminal facilities for the Canadian Northern Railway, the National Transcontinental Railway and the Grand Trunk Pacific Railway systems over the years. 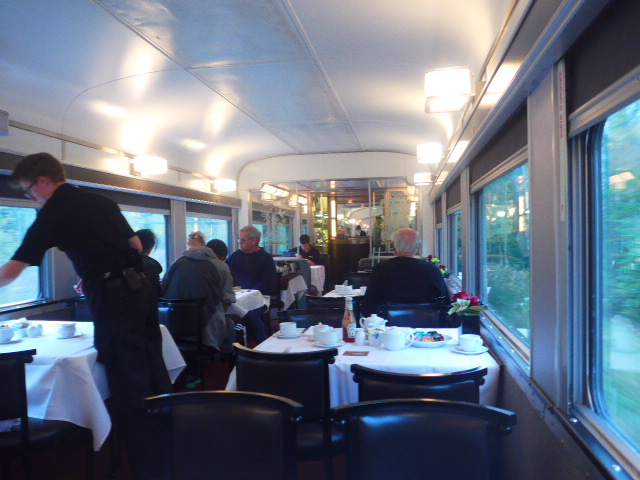 Breakfast won’t be the same again with the most delightful staff and superior service anyone could wish for. 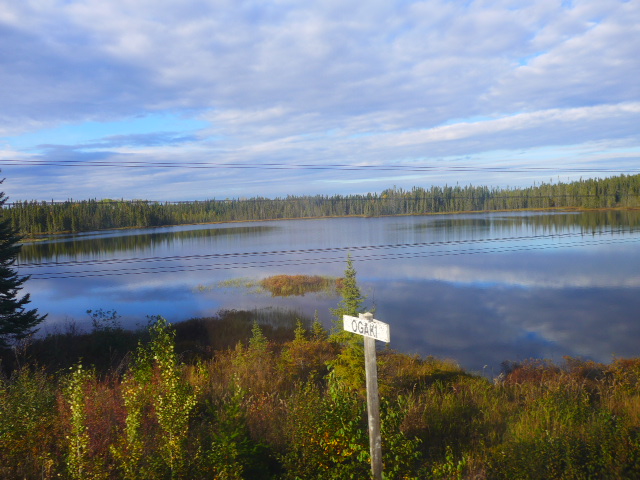 Passing Ogaki, Ontario where there’s a multitude of lakes and streams. 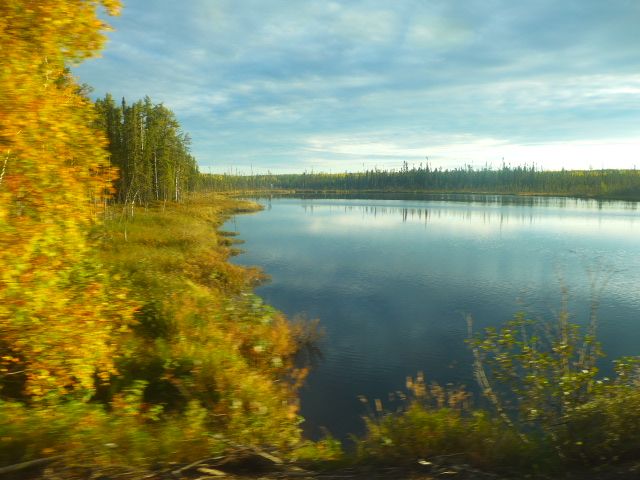 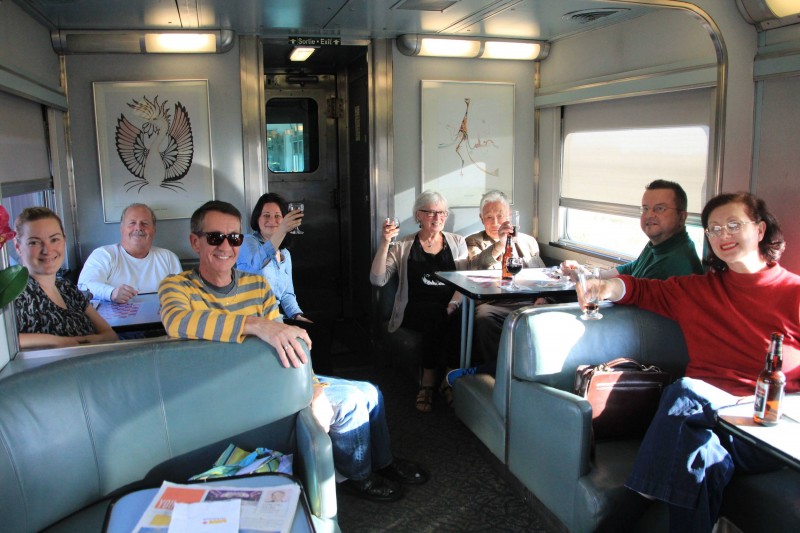 Our final night onboard and everyone’s more than relaxed. Just don’t want the journey to end. 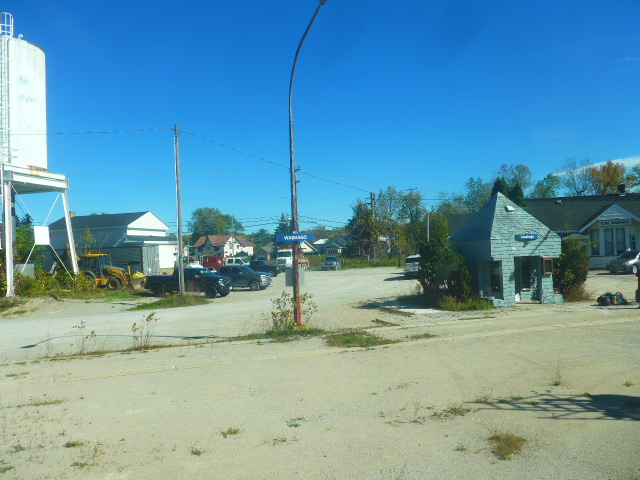 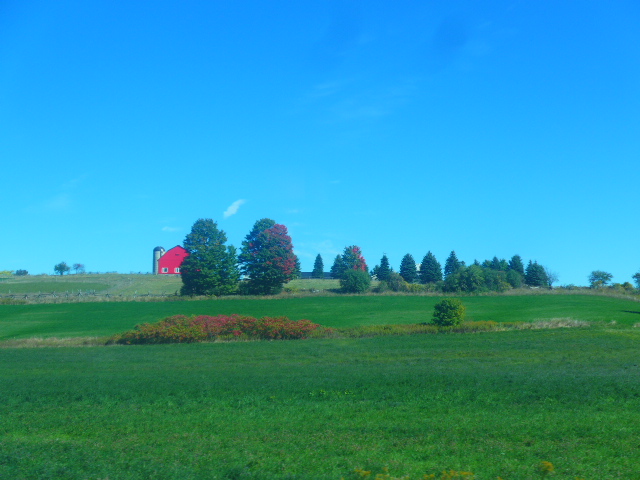 Very much on the outskirts of Toronto with colours of the landscape changing constantly. 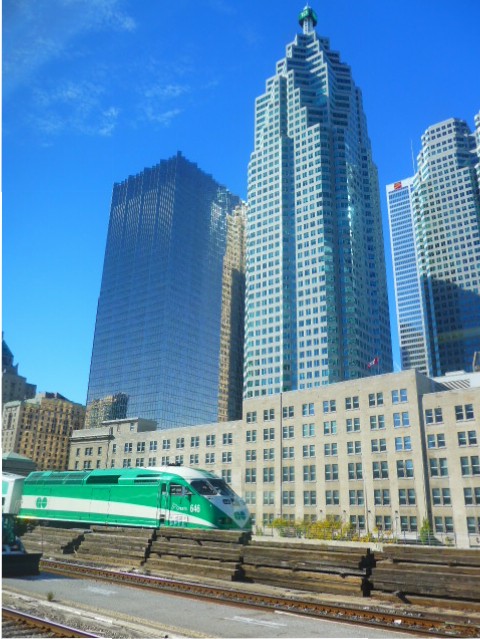 Superb day to be back in Toronto after so many years. Upon arrival, our baggage which was checked in, is delivered on the platform for identification and collection. If you’re travelling in business class, you can use the Lounge facilities within the Terminal for your onward connection. There’s some light refreshments with the use of wifi and comfortable seating. 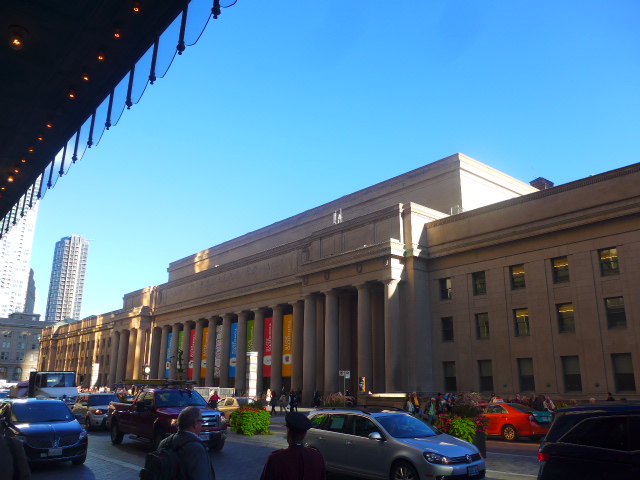 Although, our trip has ended here at Toronto Union Station, there are excellent connections to other destinations, particularly on the Eastern Seaboard if you’re considering going further, particularly to Quebec and Nova Scotia. 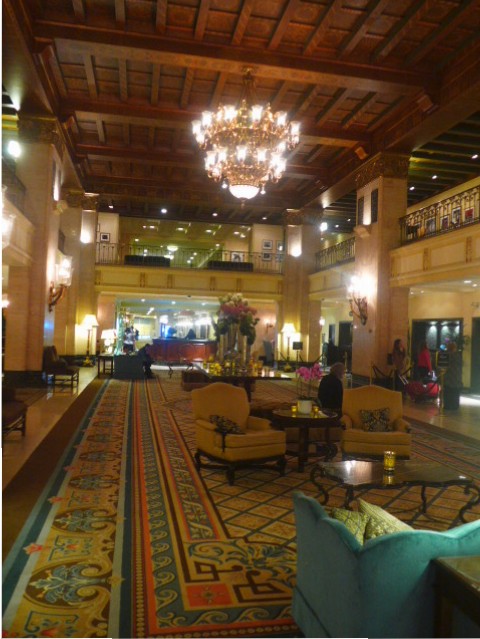 Across the road is the beautiful luxury Fairmont Royal York Hotel which is located in the centre of Downtown Toronto. It’s minutes away from attractions including: The CN Tower, Ripley’s Aquarium of Canada, Air Canada Centre, Rogers Centre, the Eaton Centre and the Sony Centre for the Performing Arts. 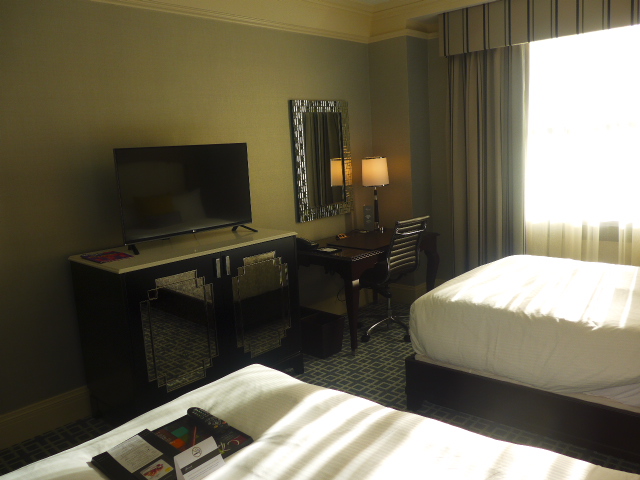 Very stylish rooms with a coffee machine for espresso lovers like me and fast wifi. A number of dining options are available with five restaurants, four lounges and 24-hour In-Room Dining available to suit every traveller’s taste.

VIA Rail offers several unique packages and getaways for visiting Toronto, allowing you to make the most out of your stay in the big city. See www.viarail.com

Next day it’s an onwards journey to Ottawa after a brief visit within the centre of Toronto!