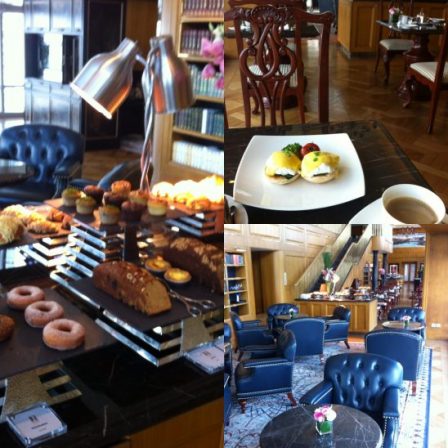 Breakfast at The Langham Hotel in Shenzhen is one favourable reason to hop out of bed and face the day with more eating. Especially when it’s a Gourmet Tour you’re about to embark upon; not to mention taking in some of the sights around the city … 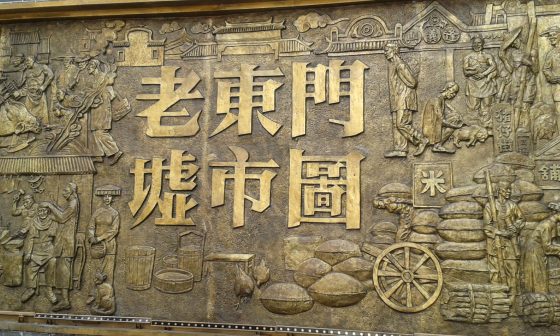 Symbolism of Shenzhen’s early days; the city was established in 1979 and is a modern, highly-technological metropolis of China having been a fishing village which was transformed and soon established as the fourth highest economical region in China. In August of the following year, the country’s first special economic zone was established here.

‘Being China’s largest port city and window of opening up to the outside world, Shenzhen saw 239 million people traveling across the border in 2015. The policy of allowing mainland citizens to travel to Hong Kong and Macau on an individual basis made Shenzhen an intermediate point for people’s trips to Hong Kong. Statistics show that more than 60% of people travelling from mainland cities to Hong Kong or overseas destinations via Hong Kong choose to make a stopover in Shenzhen.’ Source: http://english.sz.gov.cn/ 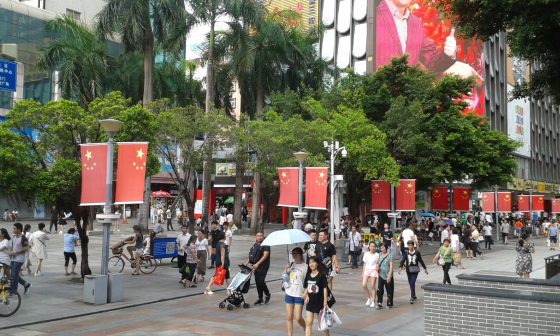 Dongmen Place in Shenzhen is a commercial shopping area in Luohu that’s been ticking away for over 300 years. Truly a maze of streets and buildings and on weekends it’s incredibly busy (just to let you know). If you like relaxed shopping, try going during the week and early with most stores opening between 10 and 11 am, closing later in the evening between 9 and 11 pm – depending on the time of year and day.

Tips: Be mindful of pick pockets, it’s a large area spread across several blocks and you won’t see everything in one day, double check the quality. 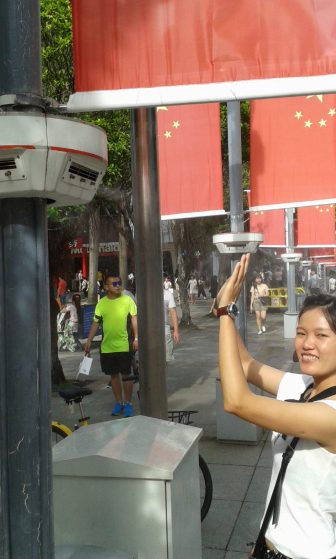 Cooling off with a refreshing mist in Dongmen Place is my guide Lisa who knows the humidity during the Summer months can cause heat exhaustion – especially if you’re buying up big in a very busy shopping precinct.

It’s a short walk from Laojie Station on Line 1 of the Shenzhen metro. 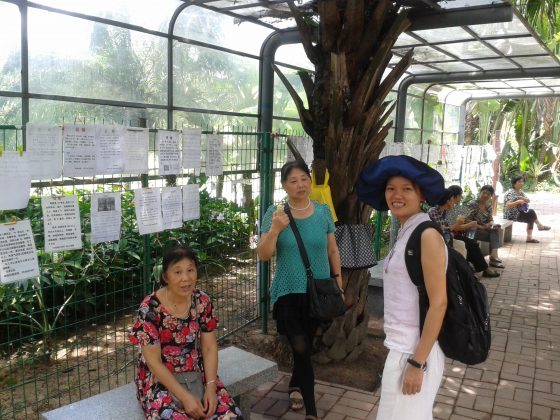 Meeting some locals in the park ‘advertising’ for their children to hopefully find them a partner. You can come and check out the profiles of those who don’t have time to spend here during the day. However, it seems these Mums do have the opportunity and possibly keen to have their ‘adult’ kids move out by promoting them to others who are in a similar situation. Some youngsters are like sticky rice and very hard to separate! 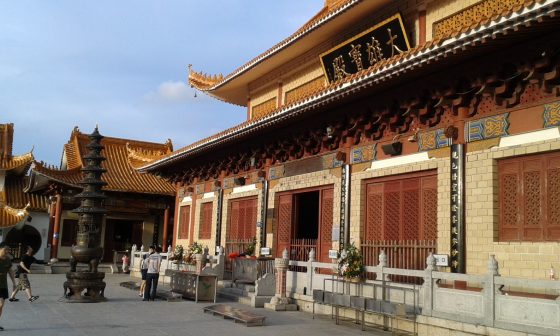 Hongfa Temple is located in Xianhu Botanical Park which is about a 20 minute cab ride from Luoho in central Shenzhen. Buy your ticket at the gate, then either walk through the park (30 minutes or so) to the temple or take a shuttle bus up. However, be aware the buses do not operate in the latter part of the day and a walk down is definitely easier than going up. Just don’t leave it too late as the lighting wasn’t operating at the time of writing this post. 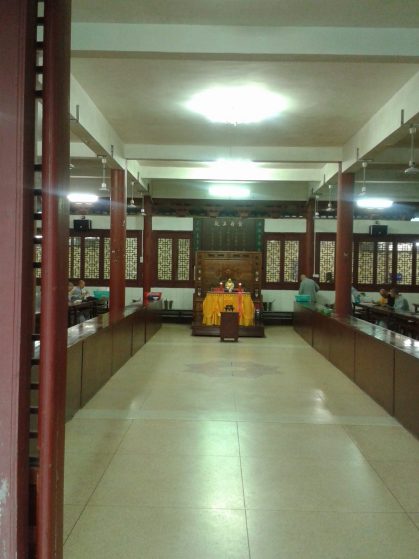 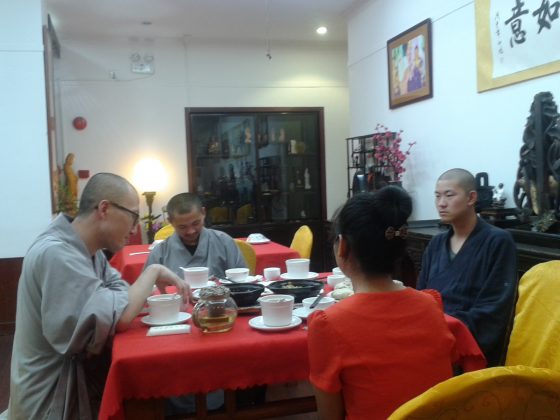 Fledging Buddhists Monks counsel a newly-wed lady who believes her husband may be cheating on her … Of course, not being privy to the conversation, I was quite keen to know what advice had been given by inexperienced, never married men and what they believe might be the right path for her future? To stay or not to stay … 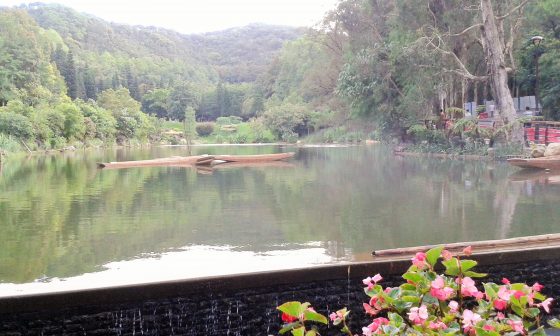 Afterwards walking around the Fairy Lake Botanical Gardens, (referred to as SZBG or the Garden) it includes biodiversity conservation, scientific research, science education and tourism. First constructed in 1983 and then opened to the public in 1988, it’s relatively new and has received international recognition. 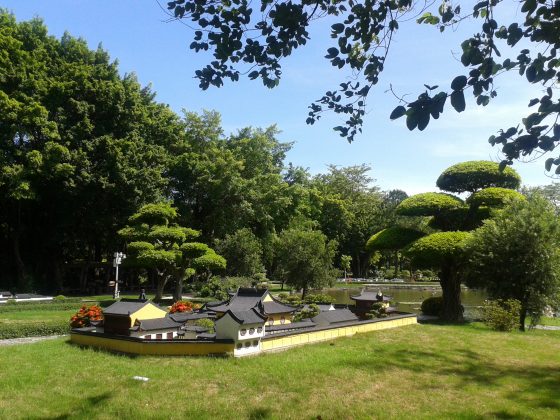 The China Folk Culture Village is located adjacent to the Splendid China theme park and features displays of the daily life and architecture of China’s 56 ethnic groups (including the minorities) and opened to the public in October 1991. An insight to the many regions of China of which most tourists only wish to visit the Golden Triangle of Xian, Beijing and Shanghai – not realising there’s so much more the country has to offer, especially in terms of natural beauty and an ancient civilisation which had lasted for centuries. Much of the Chinese culture has endured, even in today’s modernism. 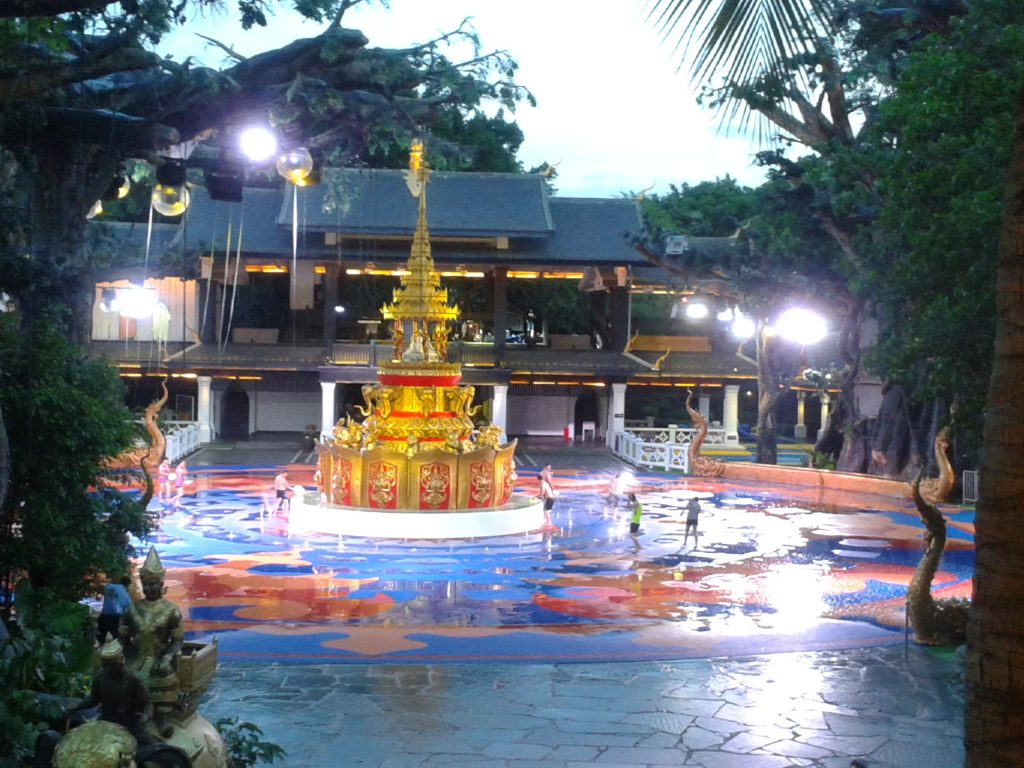 A lot of fun to be had by youngsters and all the ‘aunties and uncles’ who accompany them at the Culture Village with various activities. 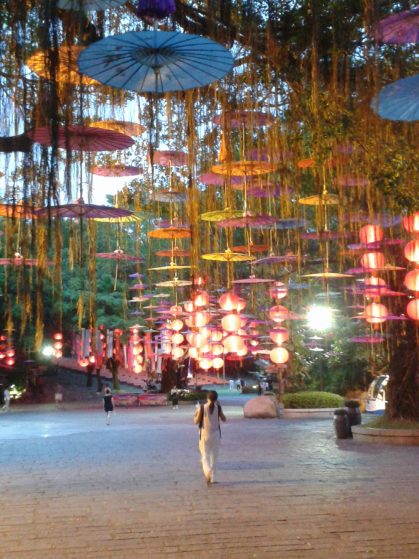 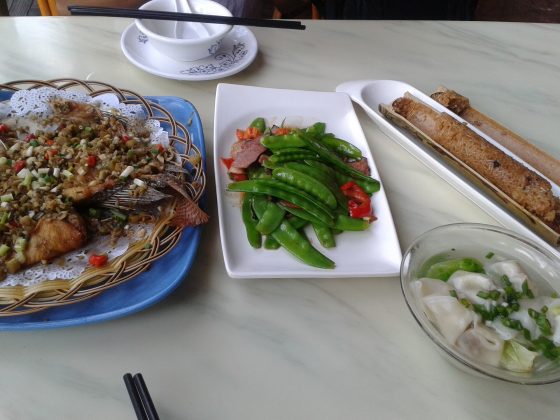 Dinner, ah yes there’s a reason I’m here on this Gourmet Tour. More food and the offerings are of the local cuisine with a very spicy fish dish on this occasion with seasonal vegetables on the menu. 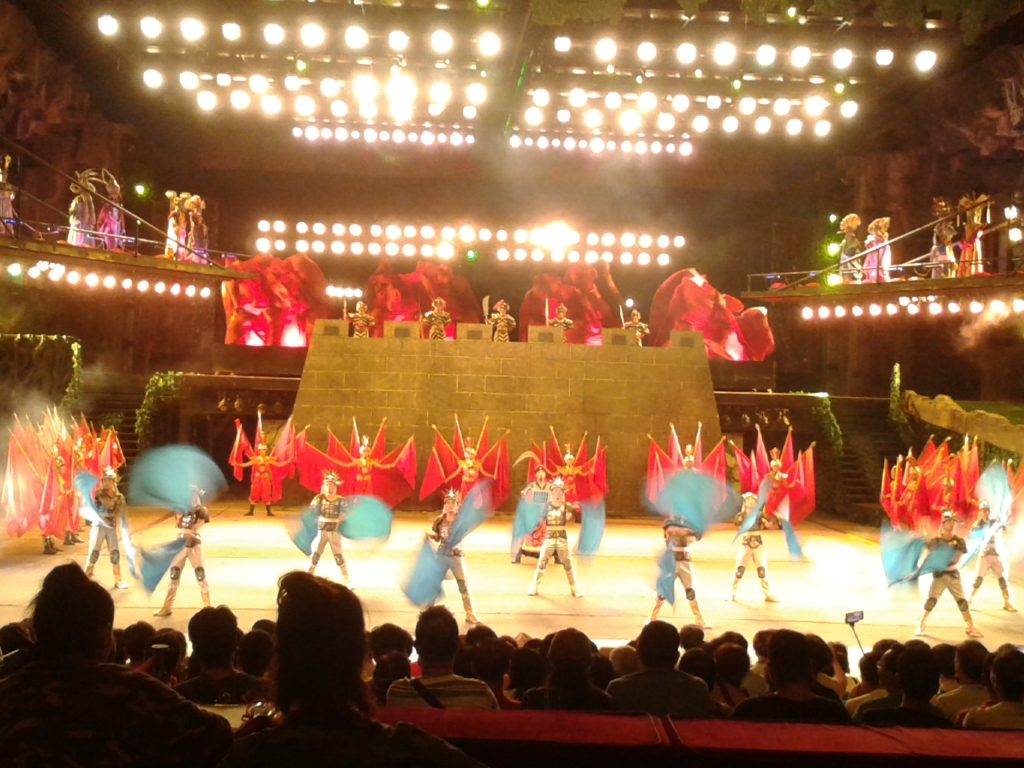 In the performance called The Dragon and Phoenix, the entire troupe of entertainers combine their efforts to produce an outstanding and dazzling spectacle for both young and old. The costumes are amazing and set in a versatile theatrical setting and undoubtedly worthy of seeing.