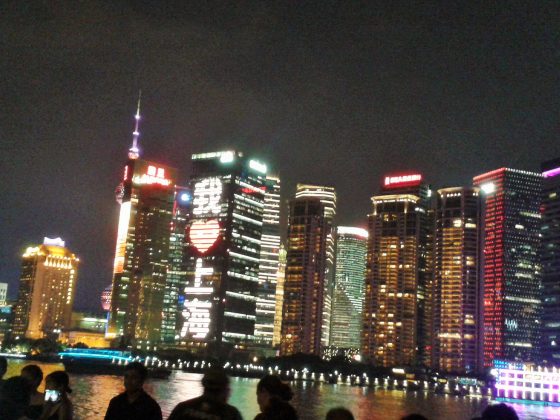 Shanghai China; big, bold and growing faster by the day. In fact, in terms of size, the whole population of Australia sits within this city alone.

Cruising the River Huangpu alongside The Bund, Shanghai’s cosmopolitan cultural district, an evening tour of the waterfront is a must see. Dazzling lights allow you to see the city’s most significant landmarks cloaked by the atmospheric cover of darkness. 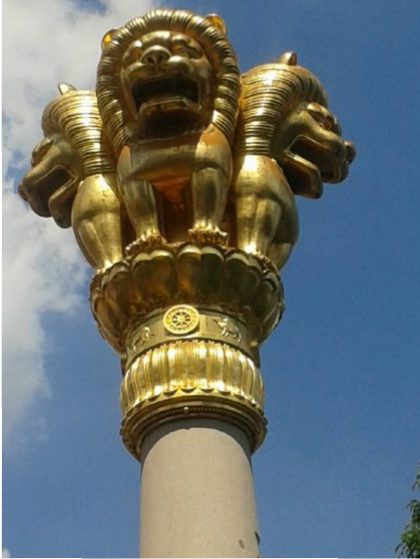 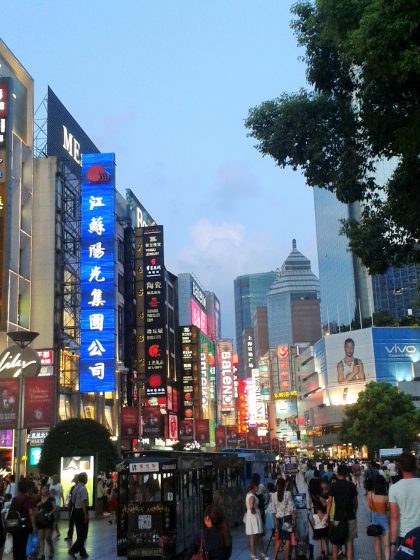 Stretching for almost five kilometres from the Bund through to Jing’an Temple, Nanjing Road features massive modern multi-level shopping malls, historic stores and specialty stores. It dates back to the Qing Dynasty and many of the same shops are still trading today which is a major drawcard. 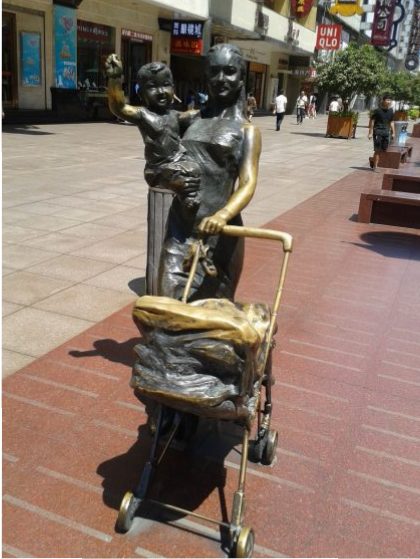 I’d read an article which stated strollers should be left at home if visiting the shopping areas. It seems this mother and child never made it out … 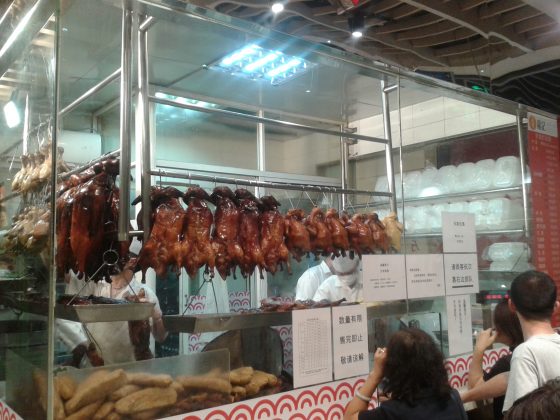 Peking Duck features throughout the city’s crazed food markets and outlets. The Chinese have appreciated the finer qualities of roast duck for a millennia and in that time, they’ve refined their cooking techniques into a virtual art form. Over the centuries, the specialty evolved to become China’s national dish. And, from my observation, each restaurant claims to have the best and it seems to me once a diner has found their favourite eatery, that’s where the family and friends will congregate for their national treasure when it comes to food. 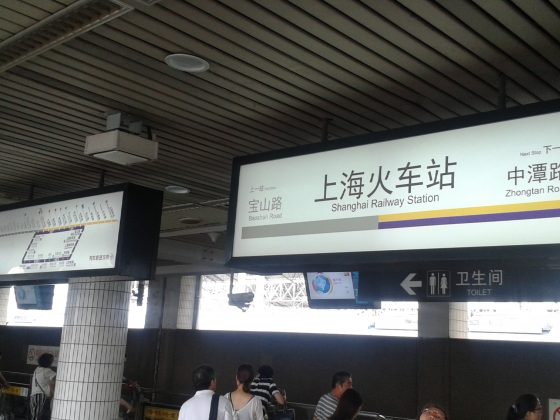 As for ‘getting around’ Line 2 will take you all the way from Pudong International Airport to Hongqiao Airport Terminal 2 and Hongqiao Railway Station at the opposite end. The train on this green line also stops along the way with the major sights such as Jing’an Temple and The Bund if need. This is the fastest and easiest way of going from one place to another within Shanghai as the traffic is horrendous with cars only allowed on certain days on various main roads; depending on whether the registration plate ends in an odd or even number! 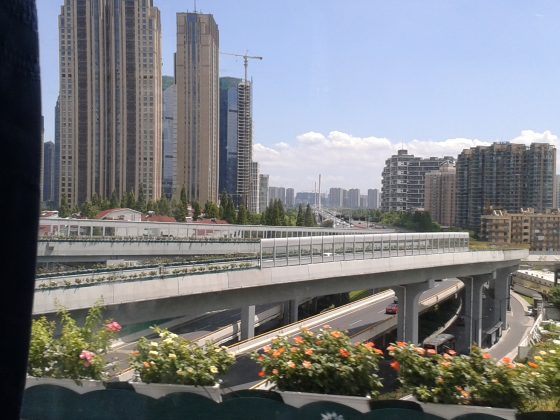 For sightseeing I’d recommend take a Hop On, Hop Off Big Bus to view as many sights as possible in a short time. Shanghai is one of the Chinese cities whereby the 72 hour transit visa is applicable for Australians should their forward journey be outside of China. For example continuing onto Europe or the USA. With this particular visa an Australian passenger cannot enter through/via Hong Kong on both their inward and outbound itineraries to China. However, if your itinerary departs from Australia to Shanghai  (or other allowable Chinese cities) and then onto Hong Kong once before returning home; this is permitted.

Check with the Chinese Visa Application Centre or Consulate as the information here was correct at the time of posting this blog. 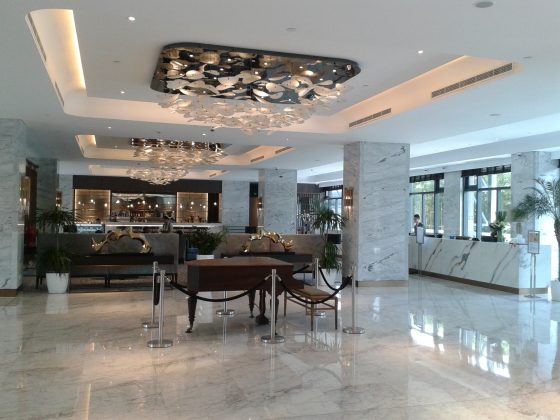 Emerging Hongqiao is an area where the very stylish Meliá Shanghai Hongqiao have recently opened its doors in late March this year of 2017.

If you’ve ever hopped into a new plush car on the showroom floor, that’s what this Melia Hotel feels like when you enter its expansive reception area. Polished and ready for its guests to be treated with precision and guaranteed service.

Upgrade to the sophisticated Grand Suites which boasts a generous and very spacious 75 m²  lounge featuring neo-Chinese décors and includes a massive TV of which delivers a multitude of stations from around the globe.

The delightful bathroom with a separate bath and rain shower will keep ladies from leaving it in a hurry. But once you remember the room rate includes entry into the lofty Club Lounge, it might be the incentive one needs to ‘move on’ from the mirror for some cocktails and canapés to enjoy in the early evening. 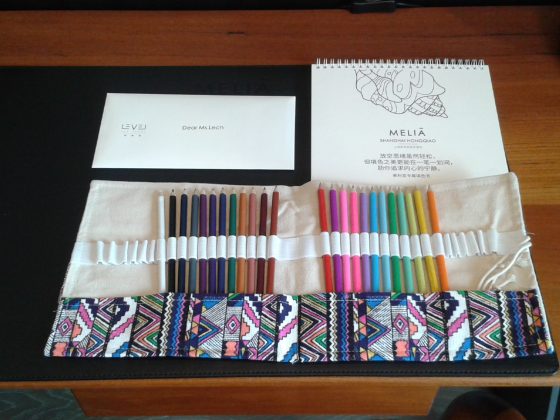 Love this note pad as a gift given to guests at this level.  I’ve not seen anything similar given by other hotel groups of which I thought was quite clever and thoughtful.The slogan on the cover states: Clearing your mind is relaxing, but filling it with colour is even better. 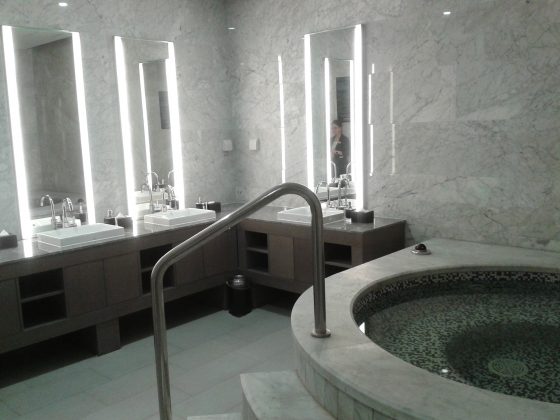 Oh and did I mention the Spa Treatments which complement the sauna and steam room within the hotel’s premises? In record time the award-winning Spa had me rested like a soothed babe encased in a May Gibb’s Gumnut – one of which I didn’t want to leave! 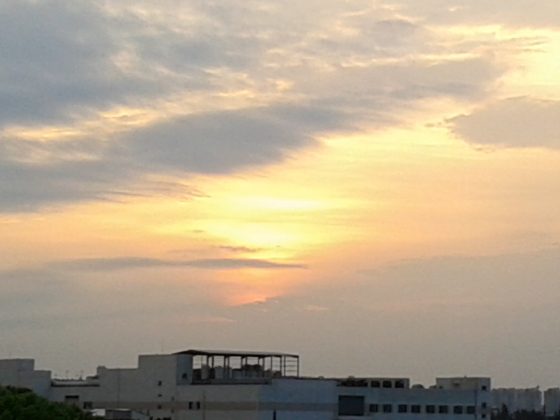 But at the end of the day, this hotel offers peace and quiet in an area which is fast becoming the cultural hub for meetings and events. Meliá Shanghai Hongqiao is one of the premier convention and meeting hotels being only five minutes from Shanghai’s National Exhibition and Convention Centre. However, the hotel provides 700m² of conference space of its own with multi-function meeting rooms to cater for different needs of conference and incentive planners – in addition to guests wanting a more intimate space to conduct their business.
Check the Melia’s website for more details https://www.melia.com/