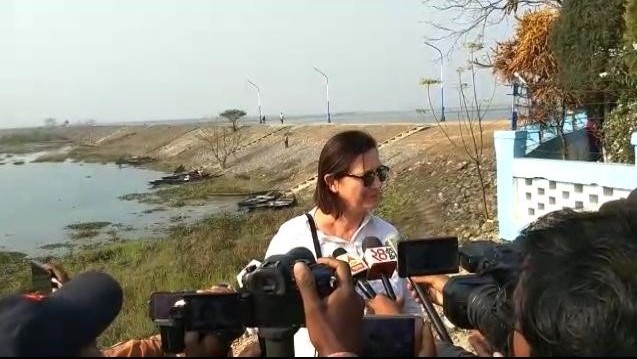 Tourism plays a major part in the economy of any country. But, before mass tourism becomes a problem, development needs to be carefully considered with thought-provoking concepts of how to solve it before any damage to the landscape becomes evident and problematic.

Before leaving Kalimpong for Darjeeling, we all appreciated the beauty and serenity of the Teesta River basin, while still in its infancy of being converted into a major tourist region. 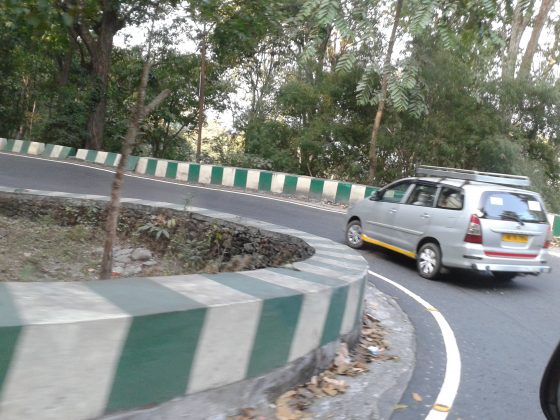 On our way to Darjeeling, there certainly was no shortage of hair-pin bends. From Bagdogra, the road distance to Darjeeling hill town is 94 kms (if you take the national highway NH-55, also known as Hill Cart Road). It takes about 3.5 hours to reach Darjeeling by car on that route. However, the drivers from Bagdogra airport take a shorter route via Rohini or sometimes via Pankhabari if the Rohini road is closed for some reason. You save 30 minutes and a distance of 12 kms. These roads are quite narrow, steep and winding. But this is the stipulated route for pre-paid taxis from the airport unless you are part of a tour of which we are on this journey. 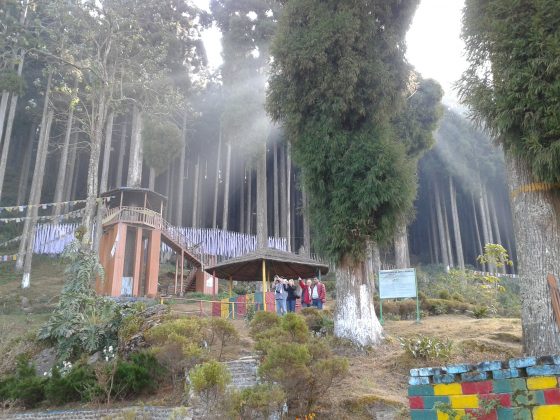 A stop along the way we basked in the natural beauty of the Gorumara National Park and with its super thick forestation, let’s hope it stays that way … 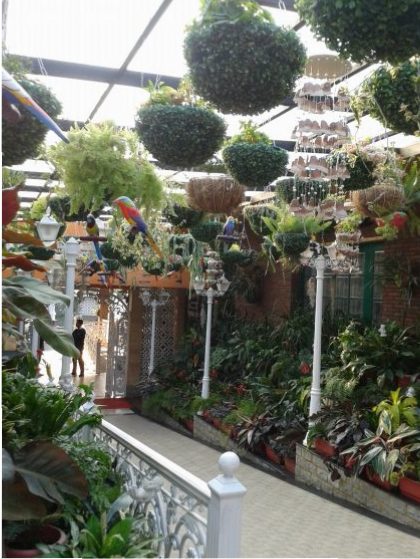 We visited a nursery with all kinds of plants and fauna. With a coffee in hand, it’s a delight to absorb all the love and care that goes into these beauties. 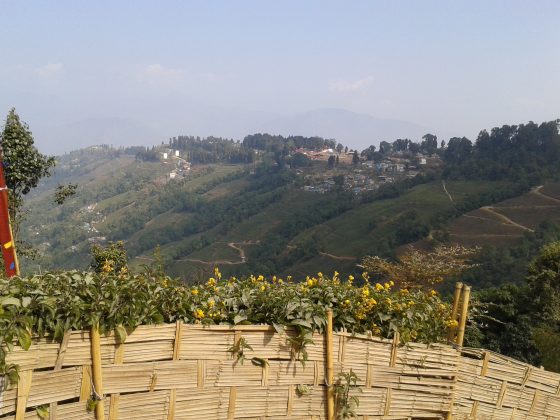 Travelling along Hill Cart Road, beautiful scenery is evident most of the way and make sure you give yourself plenty of time to have a break as there’ll be quite a few breath-taking excuses to take that precious photo. 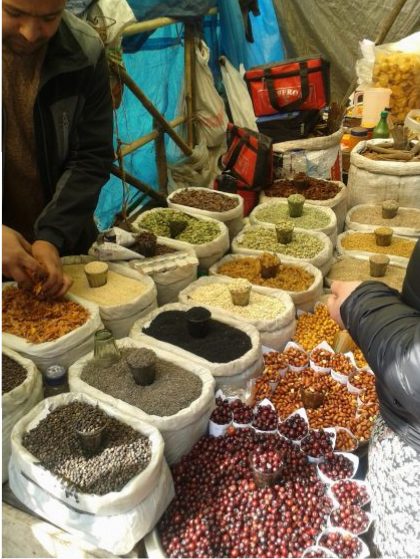 Spices galore. Now you’ll be salivating for a taste test and bargain away for some more unusual goodies.

Darjeeling known as a hill town was originally set up as a sanitarium or health resort by the British in the mid 1800s. But over the years, it earned its name for its world famous aromatic tea. Then with the opening up of roads and the Darjeeling Himalayan Railway for tourism, it’s become a drawcard with travellers from all over the world. 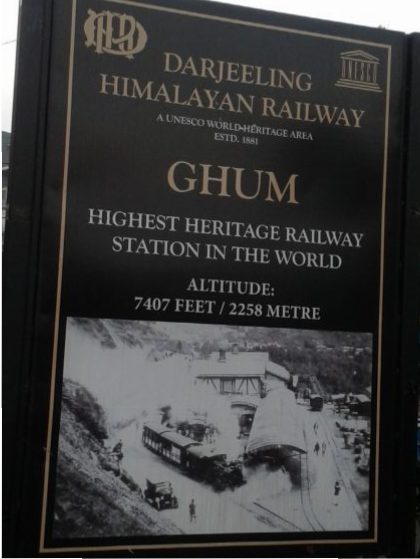 Ghum Himalyan Railway being the highest heritage-listed station in the world is a must see – and to experience yourself! 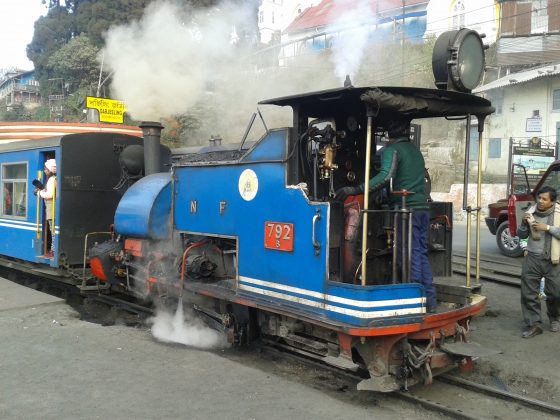 Affectionately known as the Toy Train, only few would let go an opportunity such as this whilst in Darjeeling; to ride on one of the world’s favourite and very cute trains. For me personally, it was the most pressing of all sites/attractions to visit and definitely on my to-do list. After all, this Toy Train has been accorded the UNESCO World Heritage status.

Operating on narrow gauge tracks since the 1880s, it provided an important transport link to various parts of the Darjeeling hills and lower plains, the train is still unmatched when it comes to occasioning the magnificent beauty of the mountains. 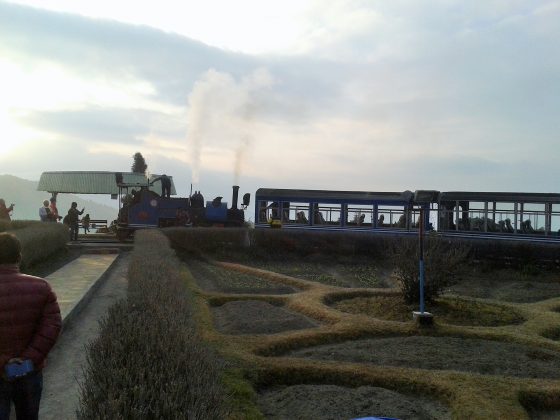 The Toy Train’s joy rides operate from the main Darjeeling Railway Station. It’s a 2-hour round trip from Darjeeling up to Ghum and back covering a total distance of 14 kms. There are several such round trips during the day starting in the morning. Number of rides per day depends on the demand during the month or season. The train stops for 10 minutes at the Batasia Loop.

At Batasia the train makes a loop around a wonderful manicured garden. The view of Darjeeling town and the snow peaks of Kanchenjunga from here are unparalleled. The War Memorial was built in honour of the Gorkha soldiers who sacrificed their lives and is located at the centre of the Garden. 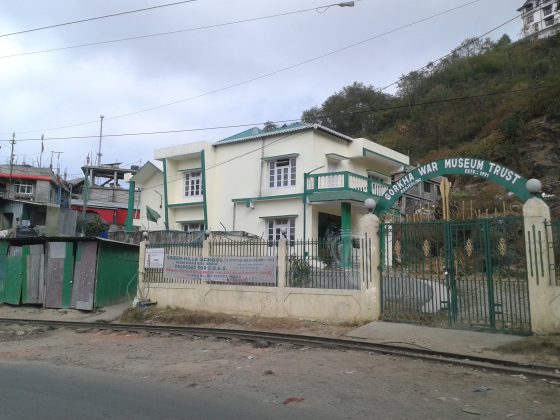 Interestingly, the Gorkhas came from this region and were renown for their fighting ability and courage. “Better to die than be a coward” is the motto of the world-famous Nepalese Gorkha soldiers who are an integral part of the British Army. It’s said they still carry into battle their traditional weapon – an 18-inch long curved knife known as the kukri. Nowadays, the Gorkhas say say it’s used mainly for cooking! 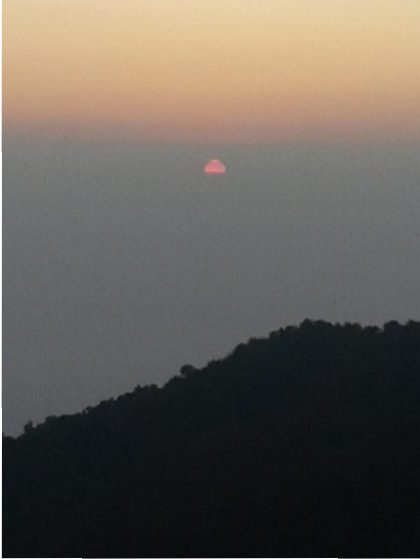 Early in the morning and yes, long before sunrise we had to secure our spot at Tiger Hill, and yes, it was worth the wake-up call to enjoy the view of the colossal Kanchenjunga with many other snow-clad eastern Himalayan peaks which  can be seen from here.

Locals know there are many visitors who relish the smell of a good coffee, regardless of the alarm clock’s timing and there weren’t any shortage of offers – and cheap too. 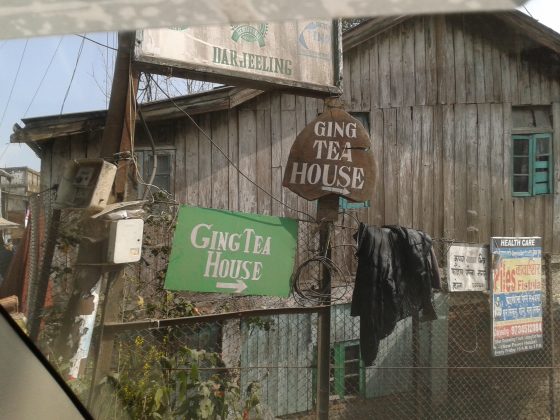 Later in the day we had the chance to experience an original tea plantation in the near to Darjeeling. 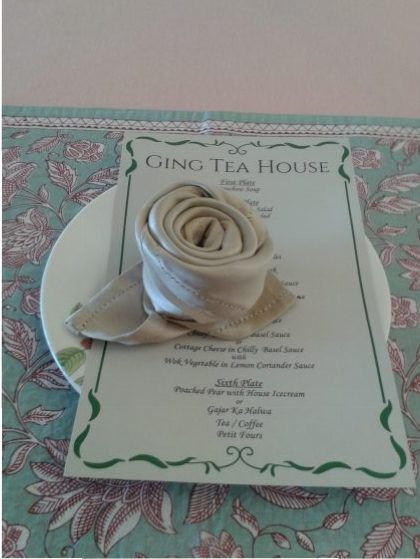 The Ginger Tea House is an established Bed and Breakfast style stay giving guests first-hand experience of how a tea plantation operates, along with a tour of the  in-house operational aspects. 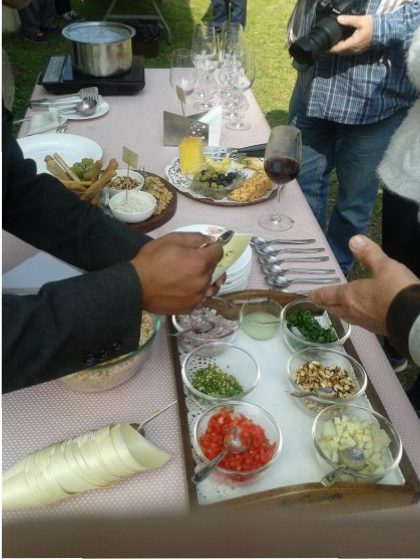 We were greeted with exquisite food and welcoming beverages for a delightful afternoon tea service. 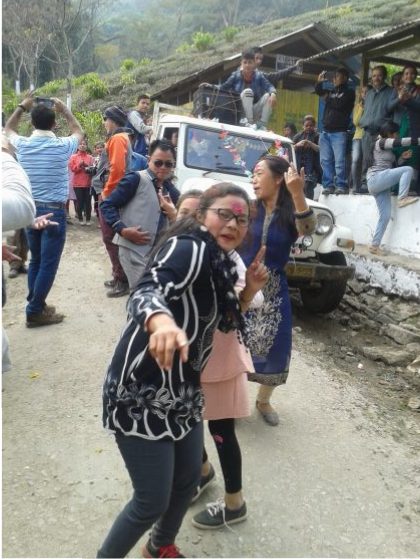 So when it’s a National Holiday and your driver can’t pass by the students and workers dancing in the middle of the roadway of the plantation, what do you do? 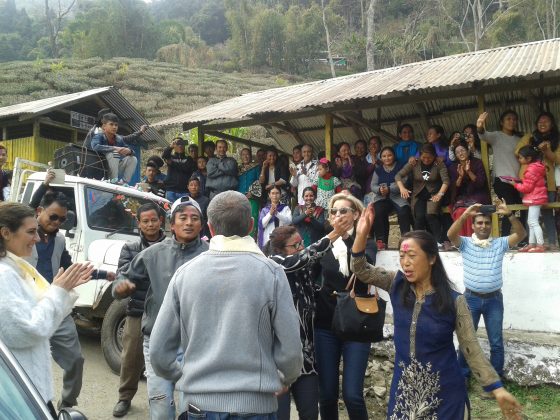 Easy, you all jump out of the van,  join in with them and simply have fun! 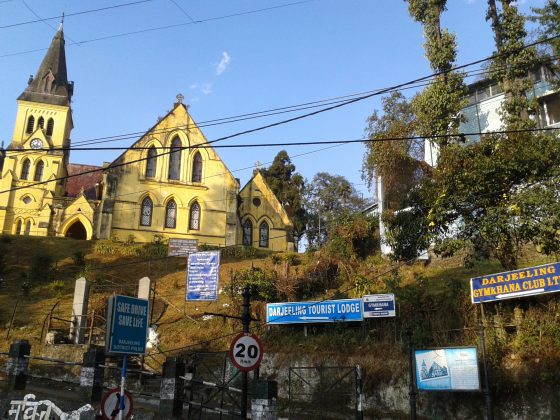 The centre of Darjeeling is quite busy, but some of the most interesting heritage sites are high above with magnificent views sweeping back over the valley. 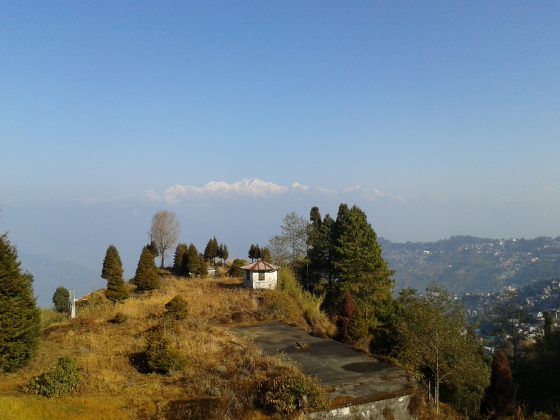 View of the Himalayan Mountains from the township which is a  gem and known for its youthful vibe combined with a colonial charm throughout the area. 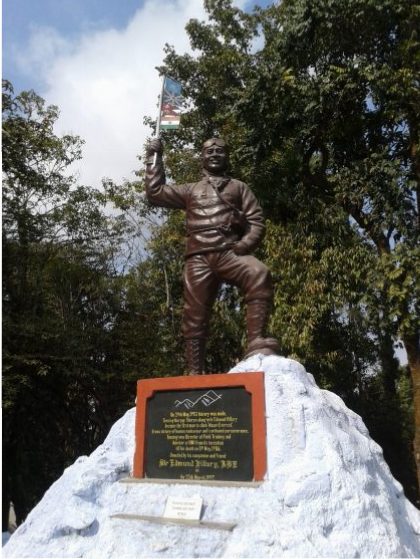 Final resting place for Sherpa Tenzing Norgay. His historic ascent of Mt. Everest along with Edmund Hillary inspired and guided the country to set up the Himalayan Mountaineering Institute in Darjeeling. This is the first of its kind in India where the climbing legend served as Director of Field Training since its inception and a must-see.