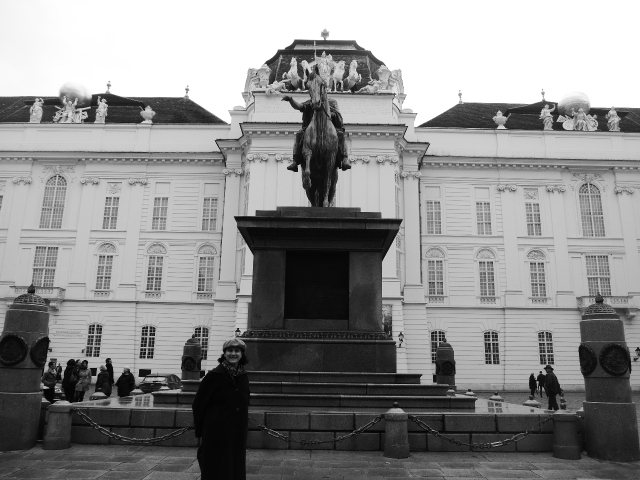 Doesn’t matter how many times you may have visited Vienna it never disappoints. With some days of free time to look around, it reaffirms the city is a leader of classical music, art collections and traditions drawn on centuries of history. 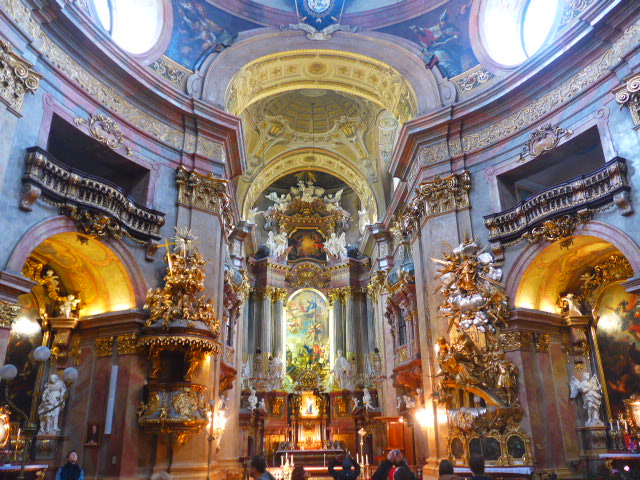 Within Vienna’s most important landmark, St. Stephen’s Cathedral is the heart and soul of Stephansplatz, an important square which marks the city’s geographical centre. Noted for its interesting mix of new and old architectural styles, it’s a wonderful place to simply hang out and watch the world pass by from the comfort of a café patio, or perhaps do some shopping. 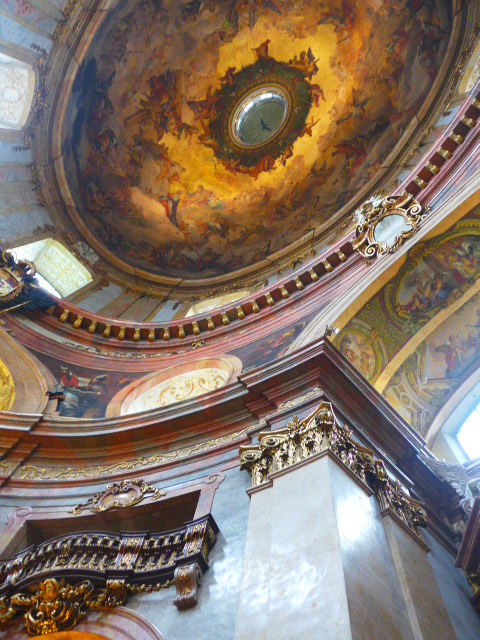 The only way to look is ‘up’ when inside St Stephen’s Cathedral with its magnificent imposing gothic style – enticing an uncontrolled ooh, ah and wowser factor whereby the attention to detail is flawless to the eye. 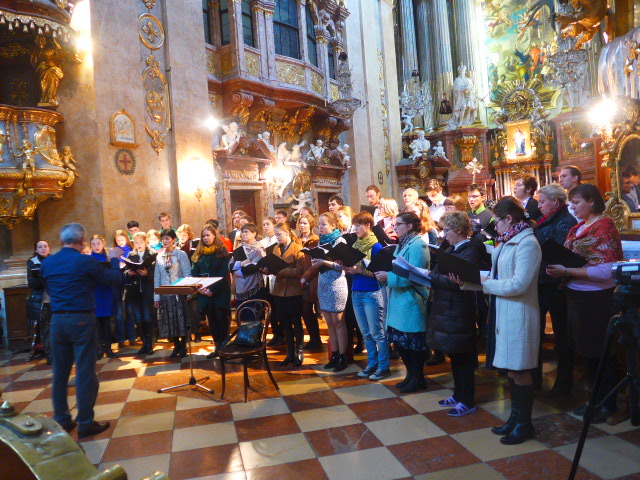 And, sometimes you can benefit from an afternoon visit and maybe find a Russian choir practising for the main evening’s performance. Tickets are on sale at the door generally – but be early for any concert  … 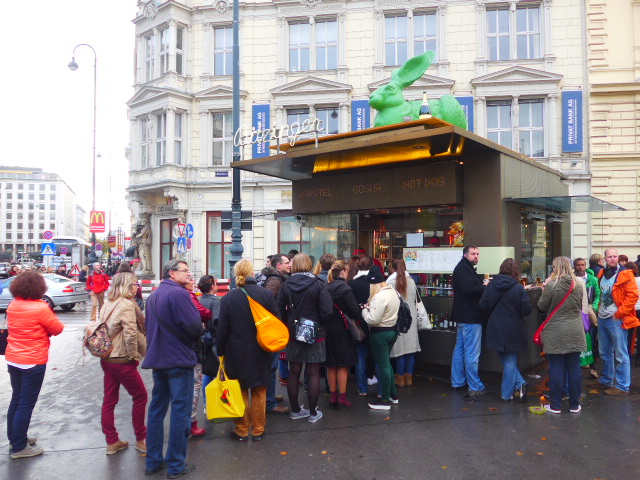 Bitzinger Wurstelstand near the Albertina is a must for some quick local goodies as you’re very much on the run to see so many sights. 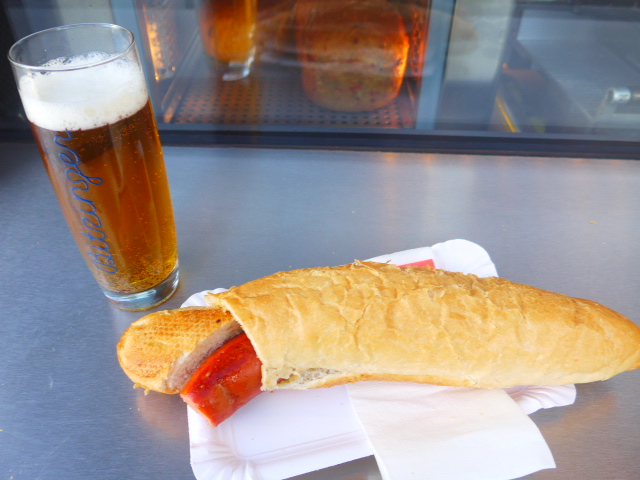 Yum, on a fresh crusty roll … Choose between a delicious Bosna, hot dog or Käsekrainer and a range of traditional side orders. Draft beer, bottled wine or champagne are also on the list. 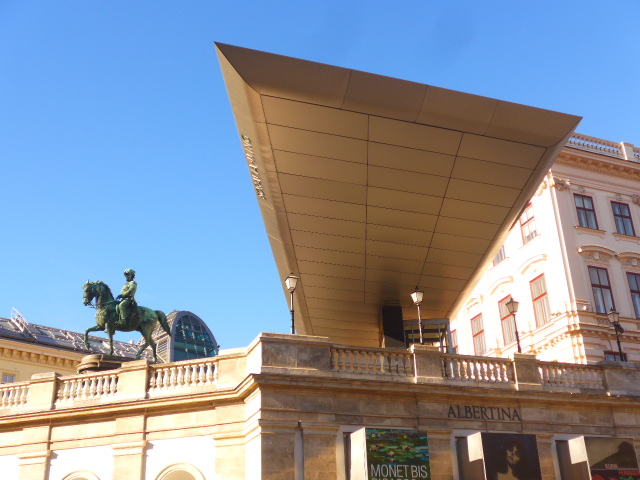 And of course the Albertina which hosts a plethora of artistic works is easy access from the train station. It houses one of the largest and most important print rooms in the world with approximately 65,000 drawings and approximately 1 million old master prints, as well as more modern graphics, photographs and architectural drawings. 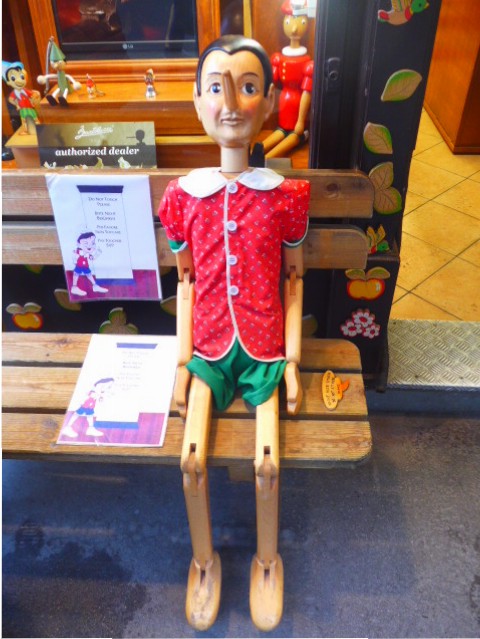 A Pinocchio shop – better believe it. A myriad of wooden products for sale. 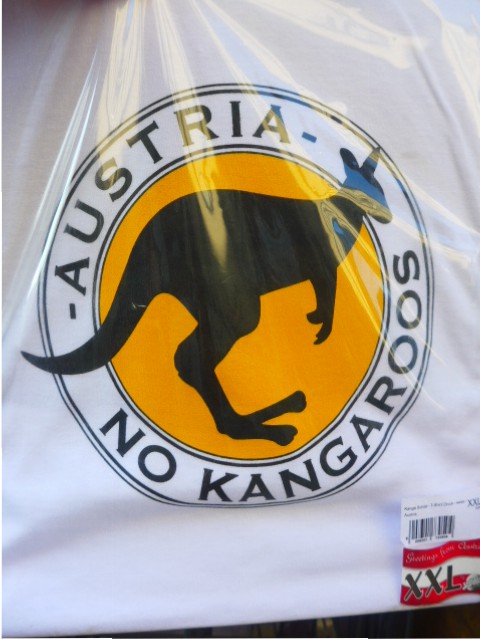 I’ve been asked this before and the spelling is just a little too much alike I’m afraid. Hence the reason I’ve had mail returned via Austria! 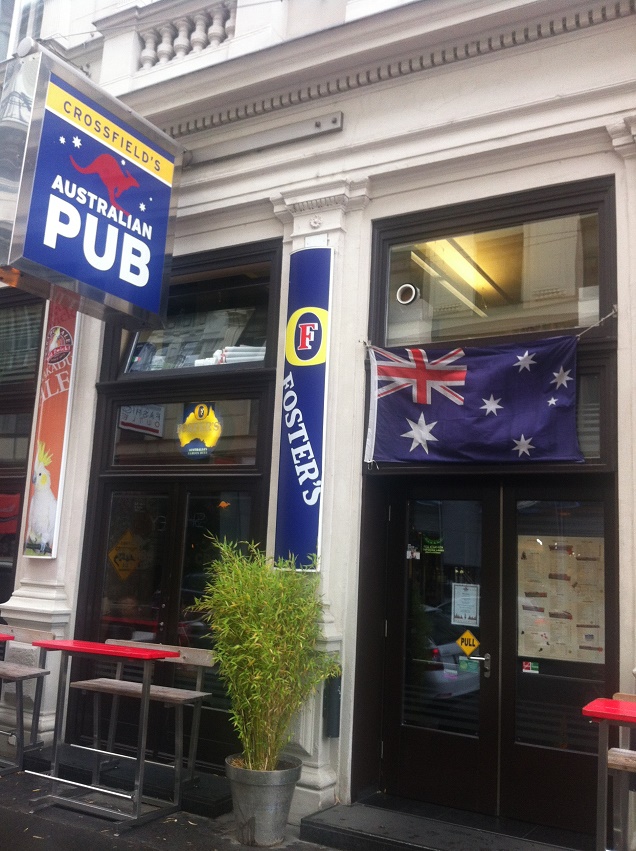 However,  there’s an Aussie pub  close to the Tourist Information office which is great to know; just so one can reconnect with some Foster’s and have a chat. 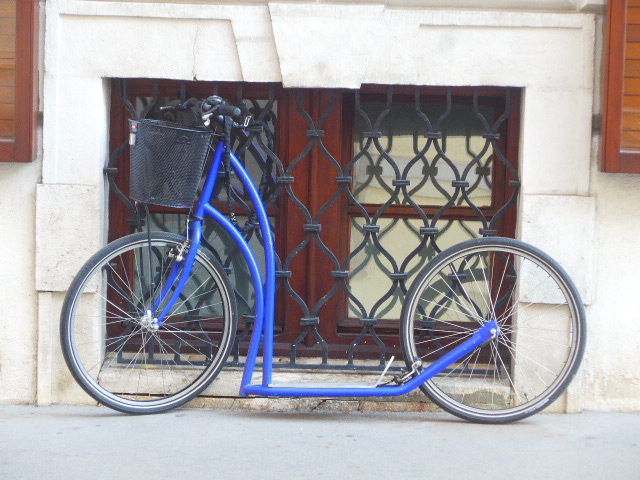 Might have to return to my abode on one of these though after a couple of bevvies! 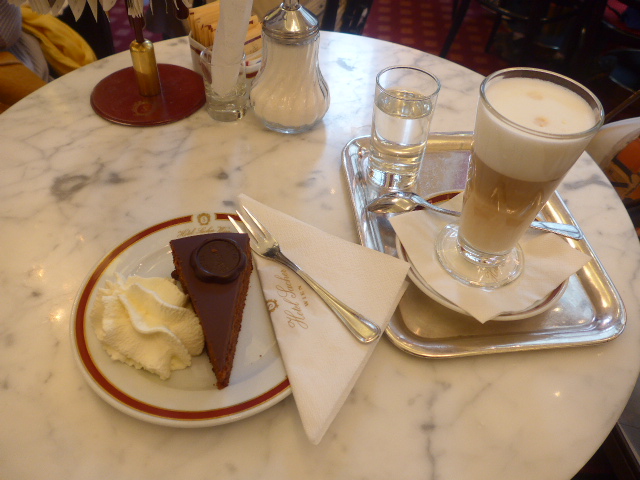 But, it’s always a treat to head to the Sacher Hotel – go early generally there’s a line up. Created in 1832 by 16 year old apprentice chef Franz Sacher at the court of Prince Metternich, considered to be the most famous chocolate cake in the world today. The recipe for the Original Sacher-Torte is a well-kept secret, known only to confectioners at Hotel Sacher in Vienna.

Ten euro will buy you a slice with a coffee from the menu. 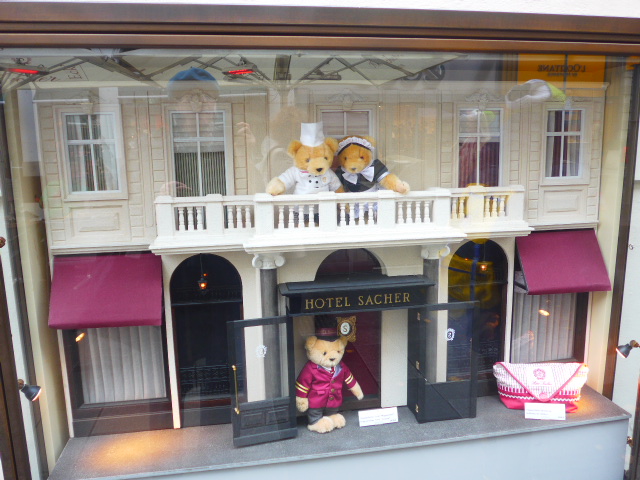 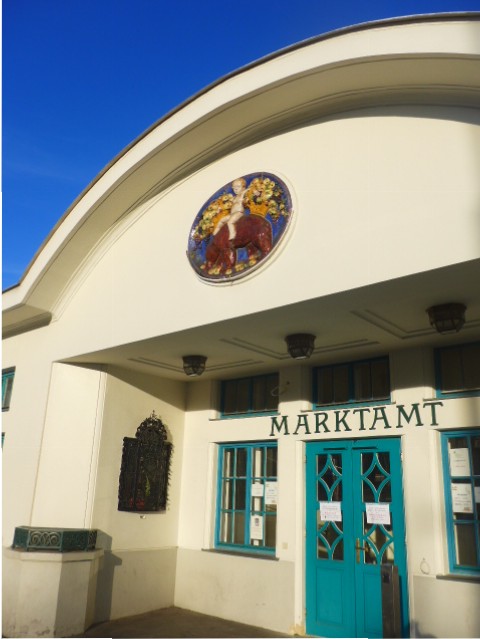 The area of the city where I stayed is a short train ride and quite bohemian with fantastic market stalls and pretty buildings abound. 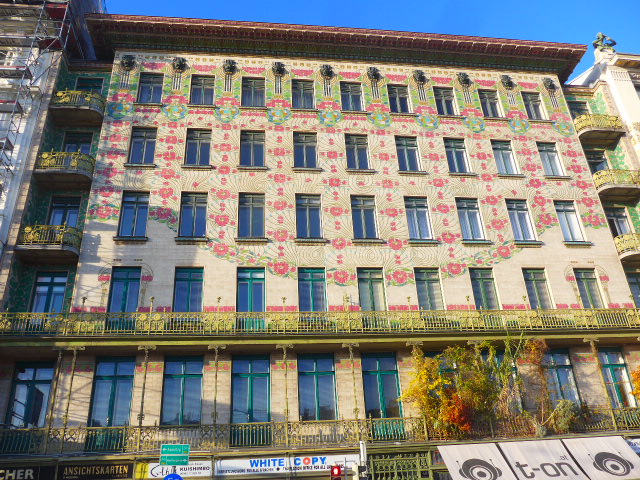 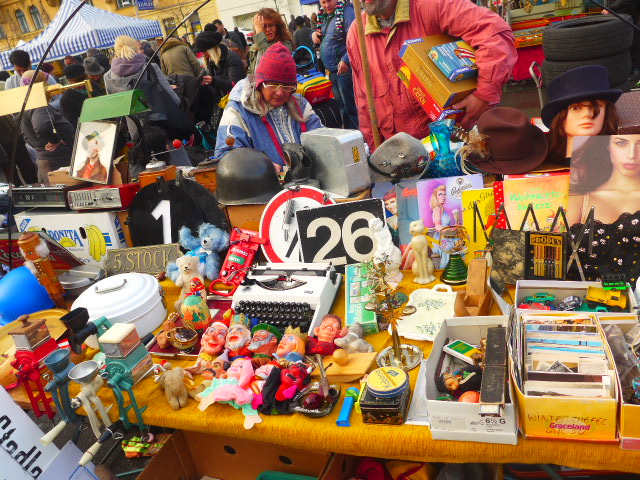 Grab a bargain alright! Can’t take anything with me this time around … 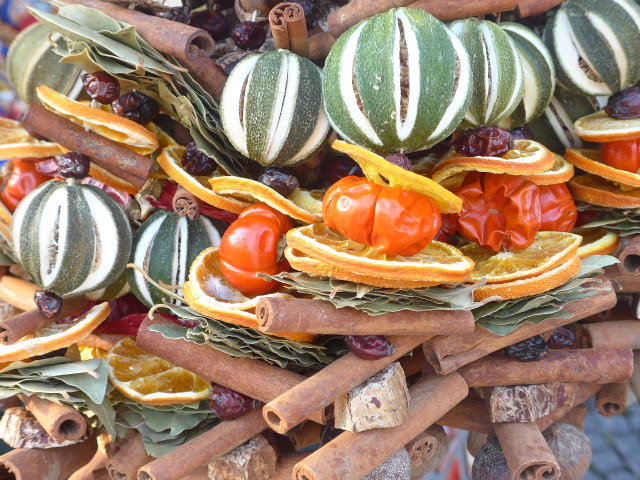 Just around the corner there’s green grocers and the displays are enchanting. 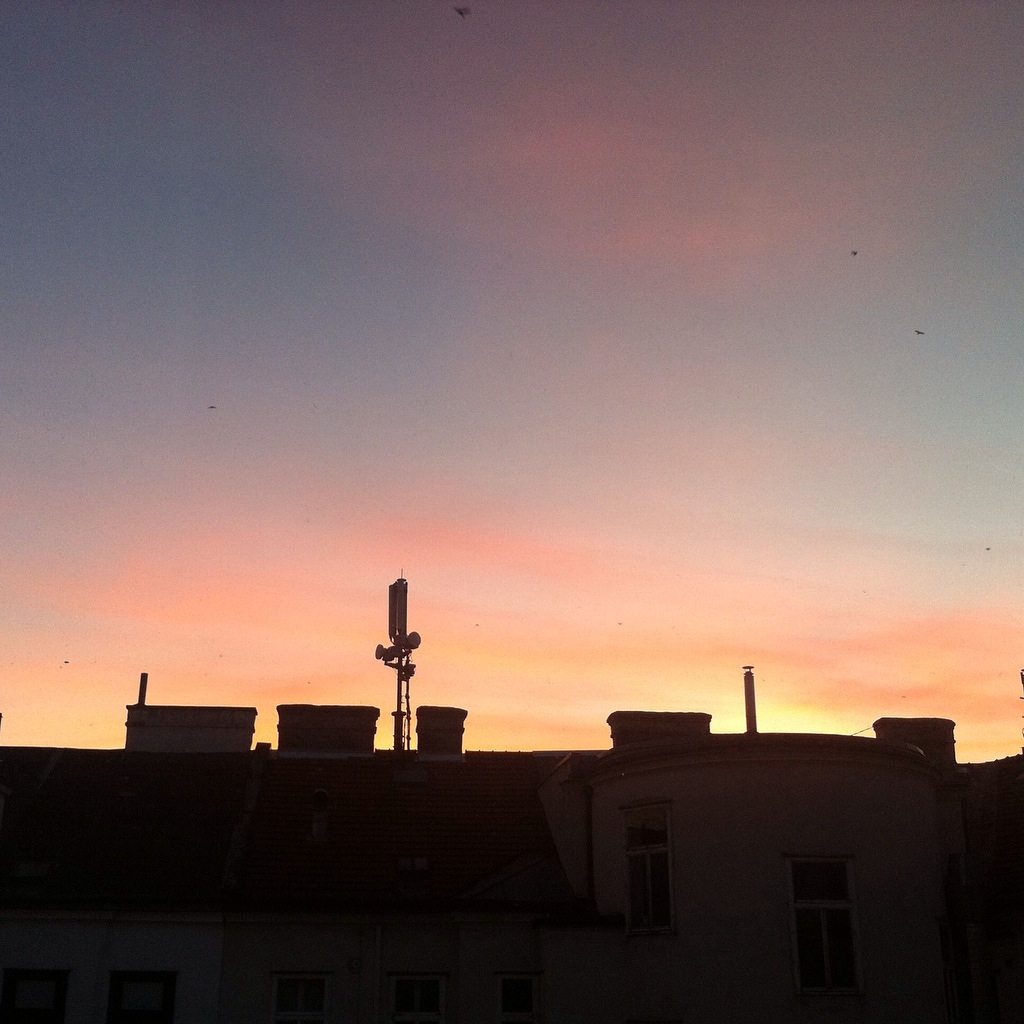 Even at the end of the day, there’s still a lovely twilight which hangs around till later in the evening. Have to rest up – being a horse lover, and on the agenda is the Spanish Riding School for my next day’s outing in Vienna.