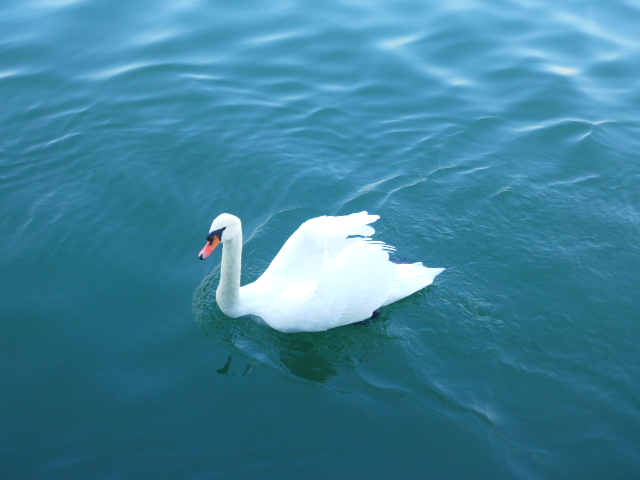 Lovely to look out your window and be greeted by a swan who thinks you should’ve been up long ago admiring the view. And feeding them too … 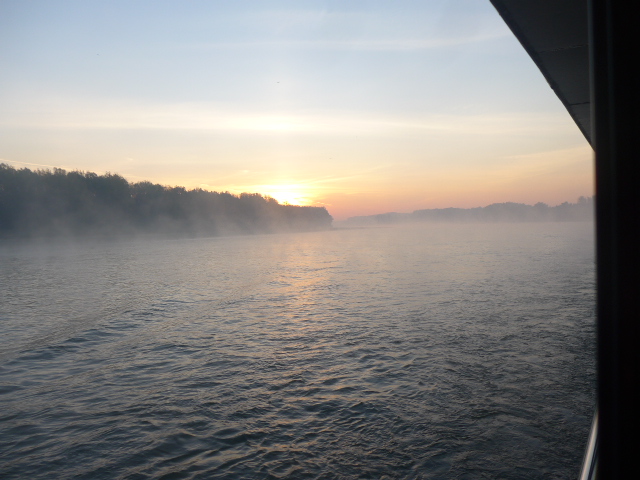 Brrr … Not wrong, it’s an early start, but we’ve so much more ahead of us with some training at Tauck’s Academy and then an onshore visit to Bratislava. 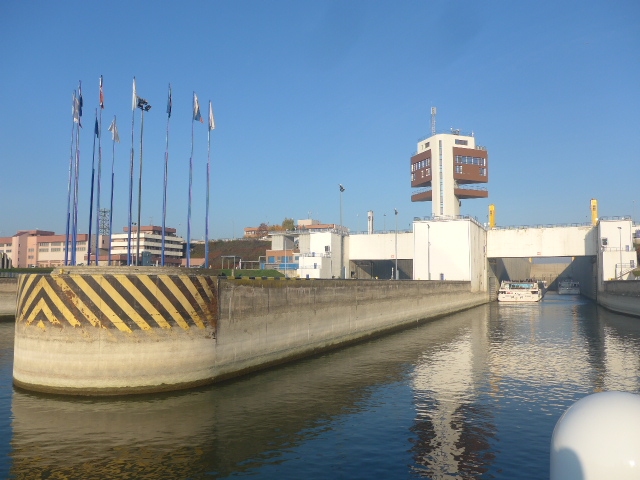 On the Danube River there’s a total of 19 locks and only one is between Budapest and Bratislava of which we passed through earlier. 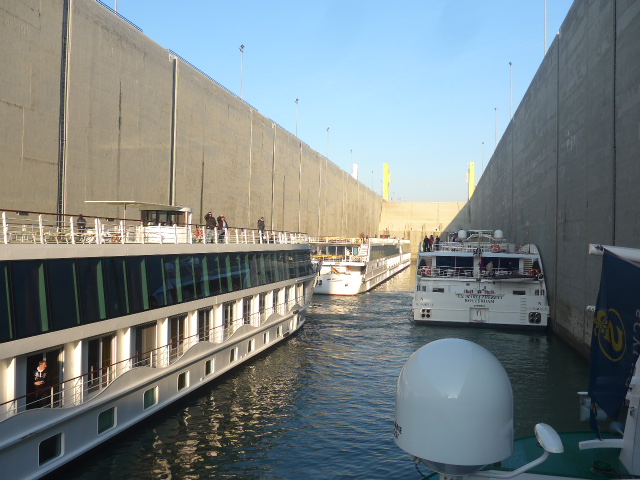 Interesting to see how we’re lined up, with MS Treasures the last to be guided through the massive metal gates then raise the boat up to the new water level. 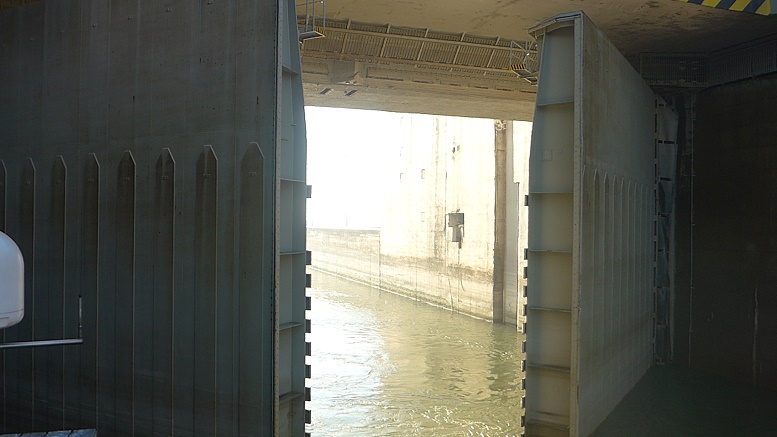 On our way again once the gates open. 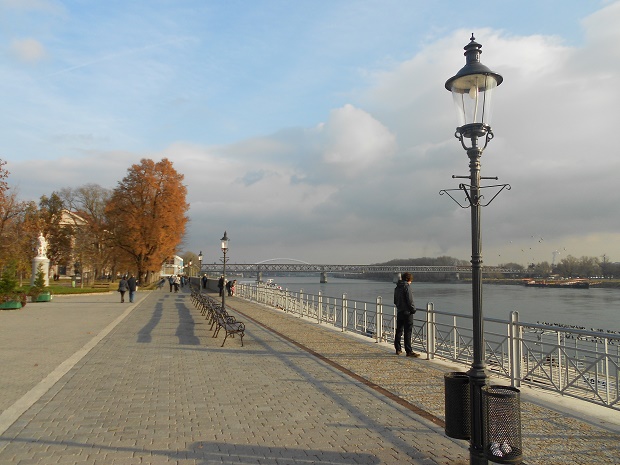 A short walk up from the pier where MS Treasures is moored,  the views are stunning along the Danube River, with clear skies over a small but exquisite city. 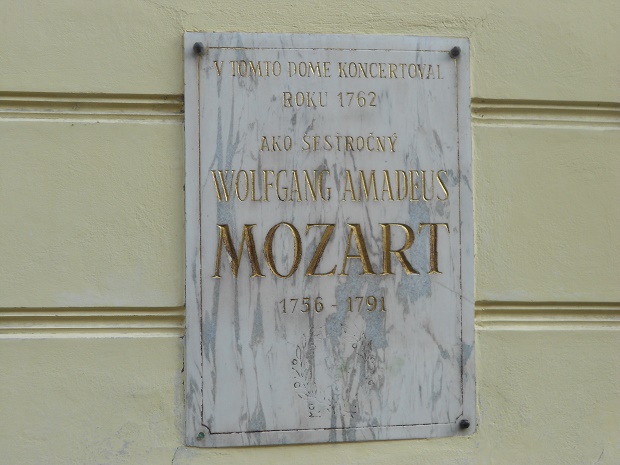 A love for the famous composer, the city embraces a Mozart Festival each year as he’d visited here many times. 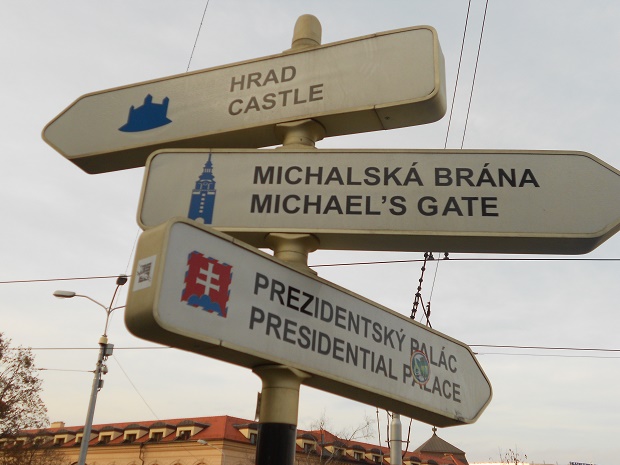 A plethora of sites to visit … 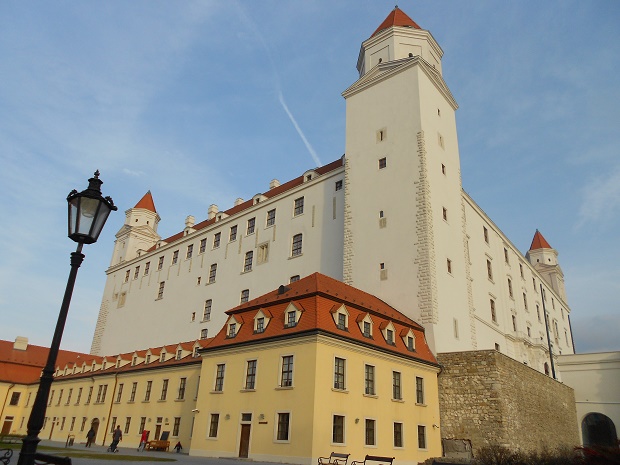 Bratislava Castle, the massive rectangular building with four corner towers stands on an isolated rocky hill of the Little Carpathians directly above the Danube river in the middle of the city. 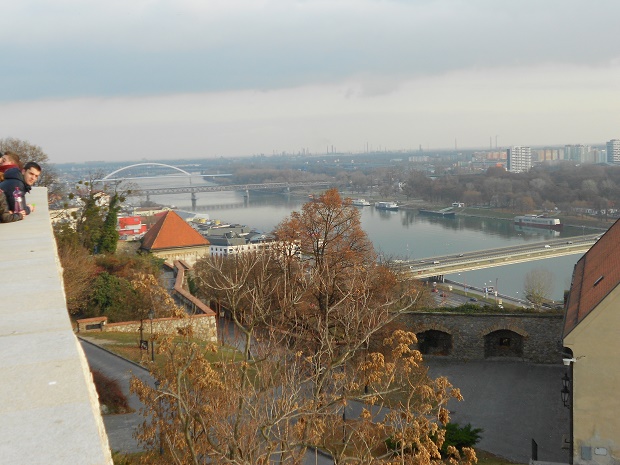 The location provides excellent views of Bratislava, Austria and in clearer weather apparently parts of Hungary. 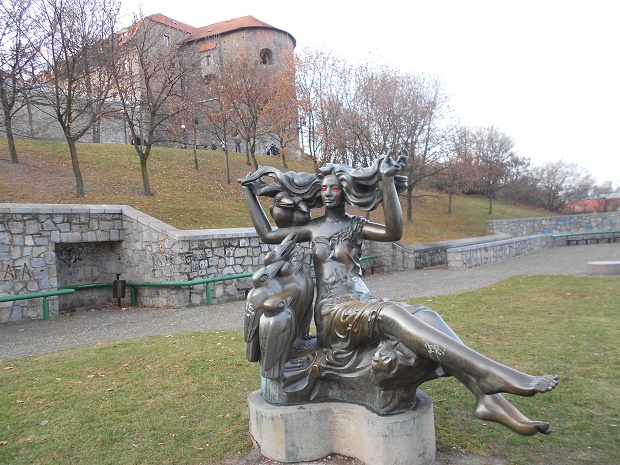 Many legends are connected with the history of this castle – shown here is ‘bronze statue of woman and magpies’. 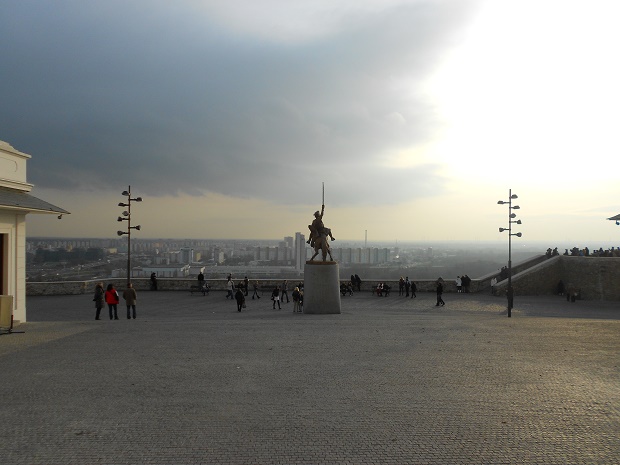 Moody view from the Castle on a previous visit in 2011. 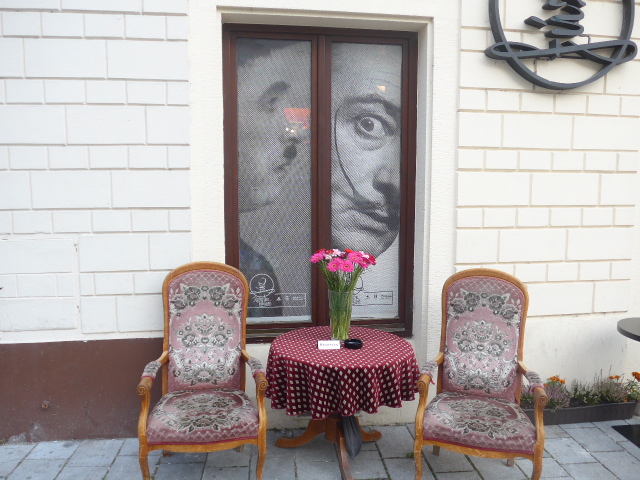 Walking around the old town makes a welcome scene for a cuppa and cake. 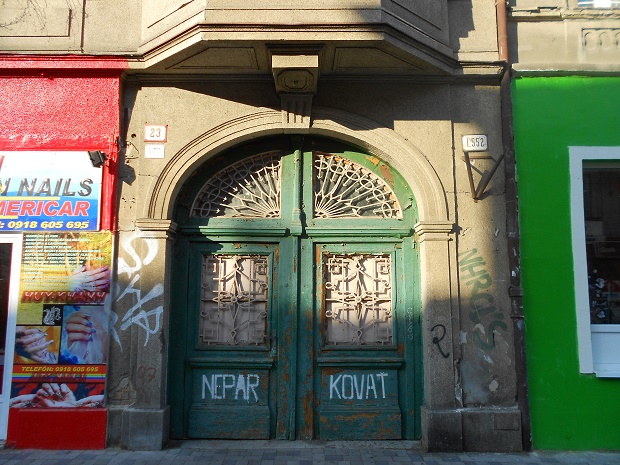 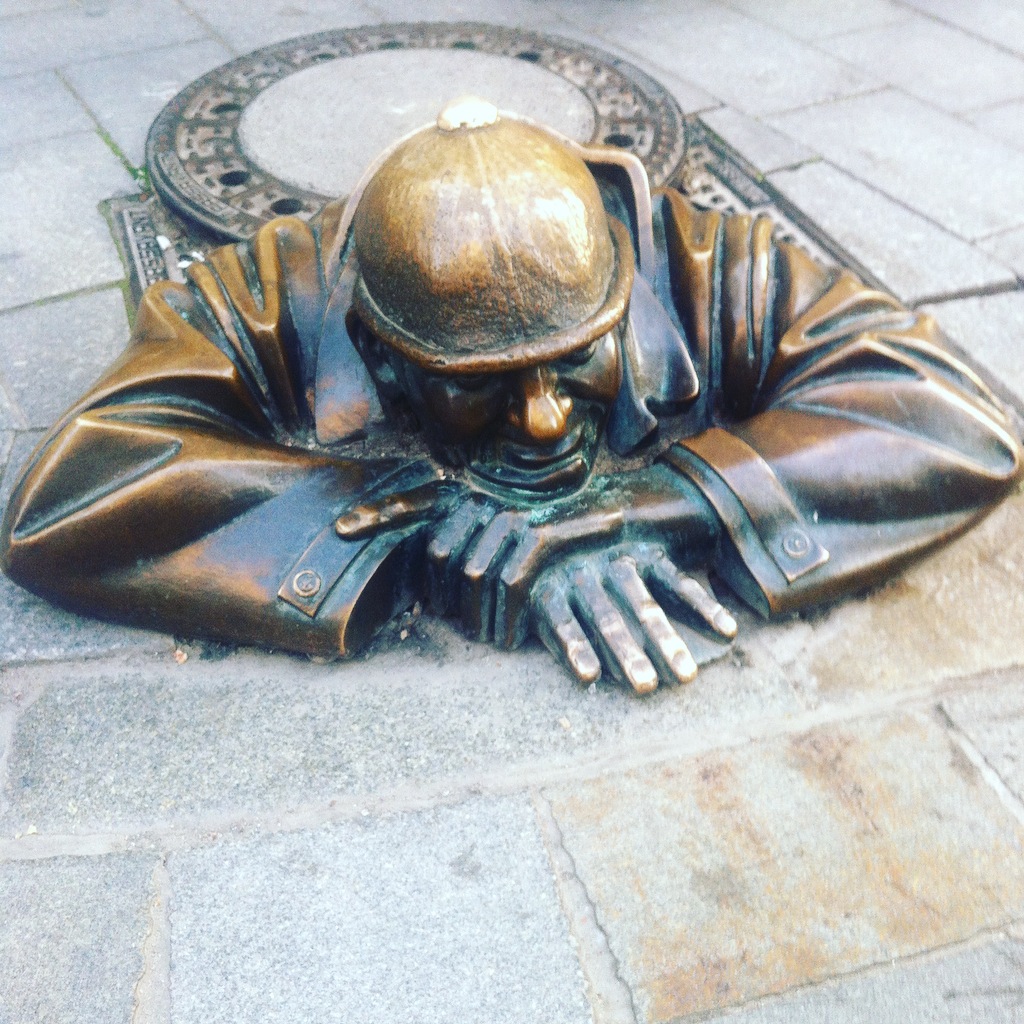 One of the most iconic bronze statues – and photographed. Čumil is either resting after cleaning the sewer or looking up women’s skirts. 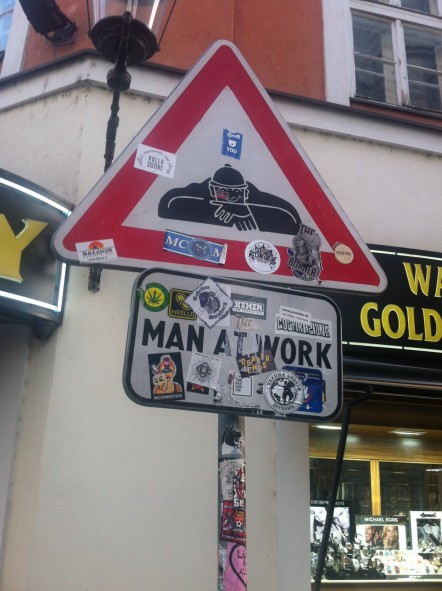 After the statue had lost its head twice due to inattentive drivers, it was decided to place a unique road sign next to it. 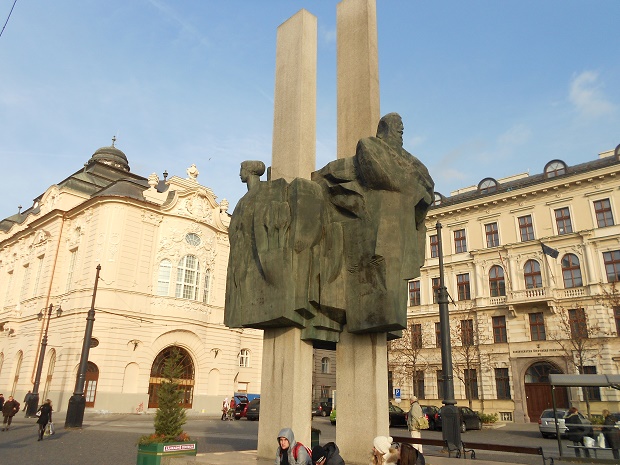 Memorial Statue, this one is much more serious. 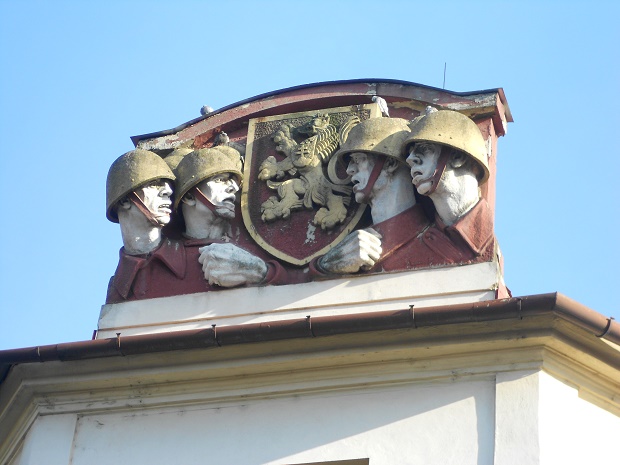 Slovakia joined NATO in March 2004. From 2006 the army transformed into a fully professional organization and compulsory military service was abolished. 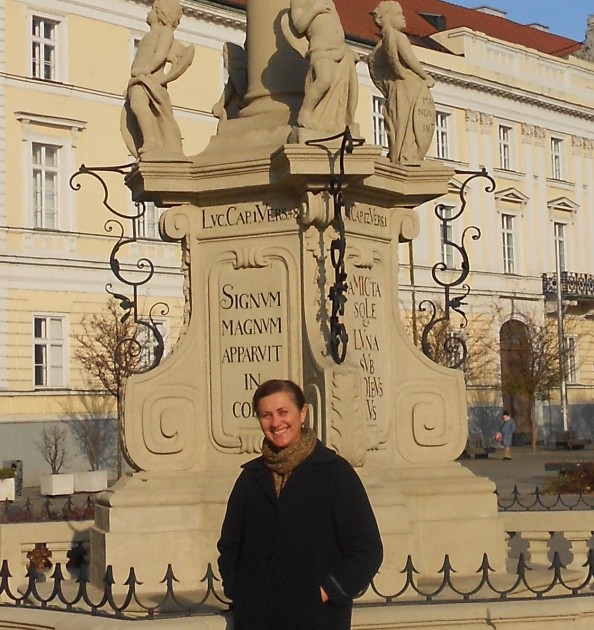 Enjoying the leisurely pace of the city and just happy to walk around taking photos. 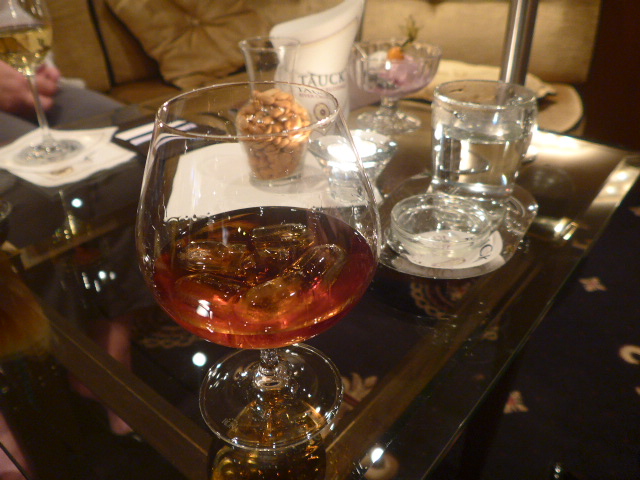 However, back on board MS Treasures, looks like the party’s about to start after finishing some more training. 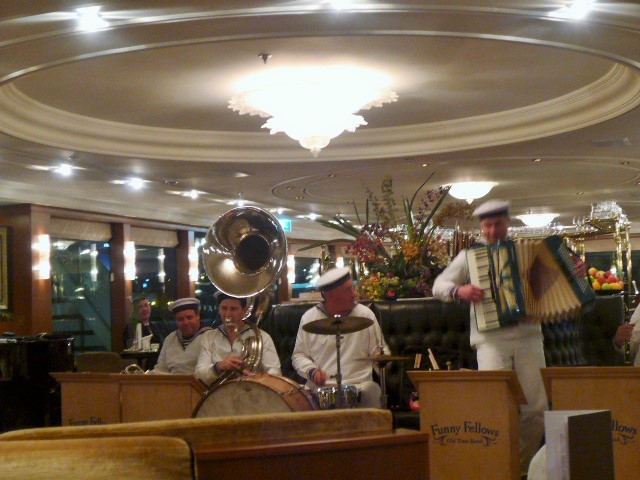 The brass Band entertained us after dinner and was hilarious. Best fun I’ve seen with a repertoire I’d love to see repeated. 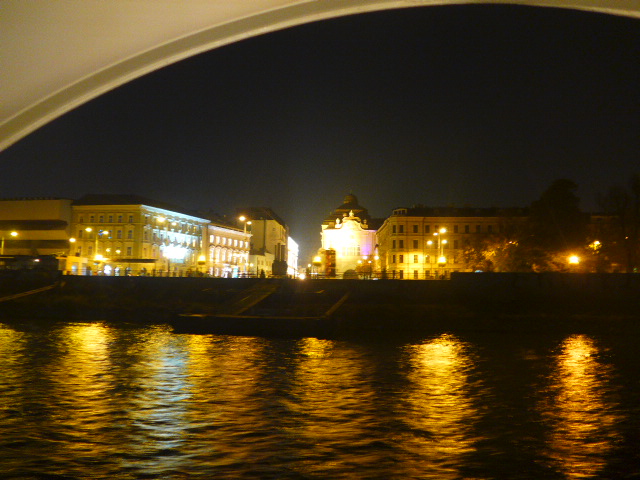 Well it’s bye for now Bratislava and next day we’ll be in Dürnstein.