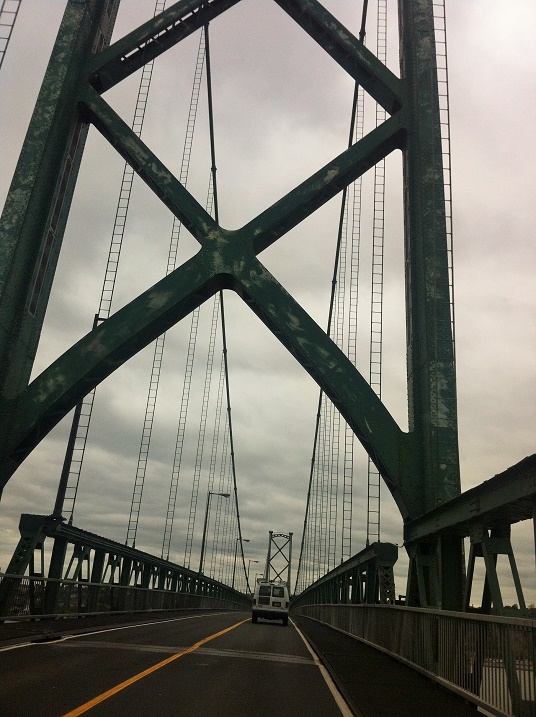 Over the bridge, onto the outskirts of the city, we’re off to Ile d’Orleans which boasts some of the most beautiful countryside. This is the only bridge which leads you to the island full of farms, quaint shops and gorgeous heritage homes. 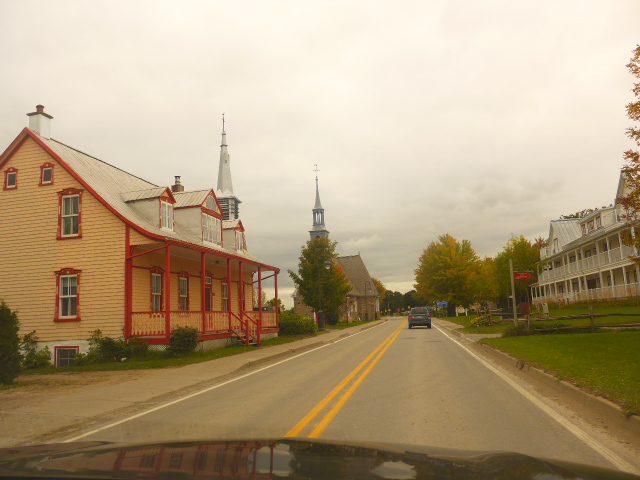 In the middle of the mighty St. Lawrence River, but within sight of Quebec City, sits Île d’Orléans, an entire island that is a designated historical district.

Driving through with Michelle experiencing lovely  villages  and farm stalls along the roadside. 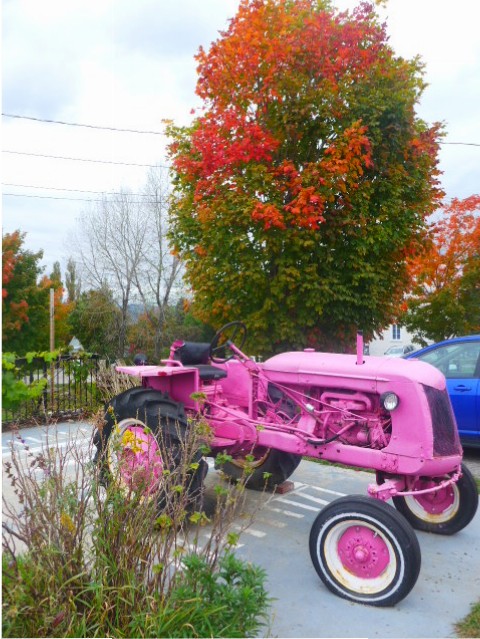 A pink tractor … Why not? 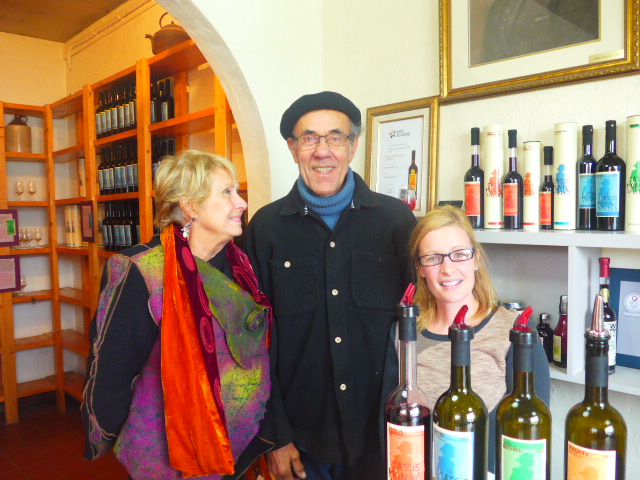 Michelle with the owner of Cassis Monna & Filles – Bernard Monna who is a native of Southern France and fourth-generation liquoriste, he is the first to produce black currant wines and Crème de Cassis in Québec. 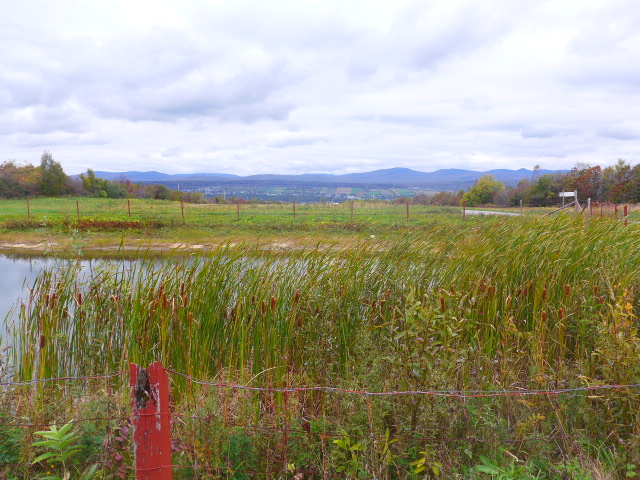 Outside for a quick walk around admiring the views before going for lunch. 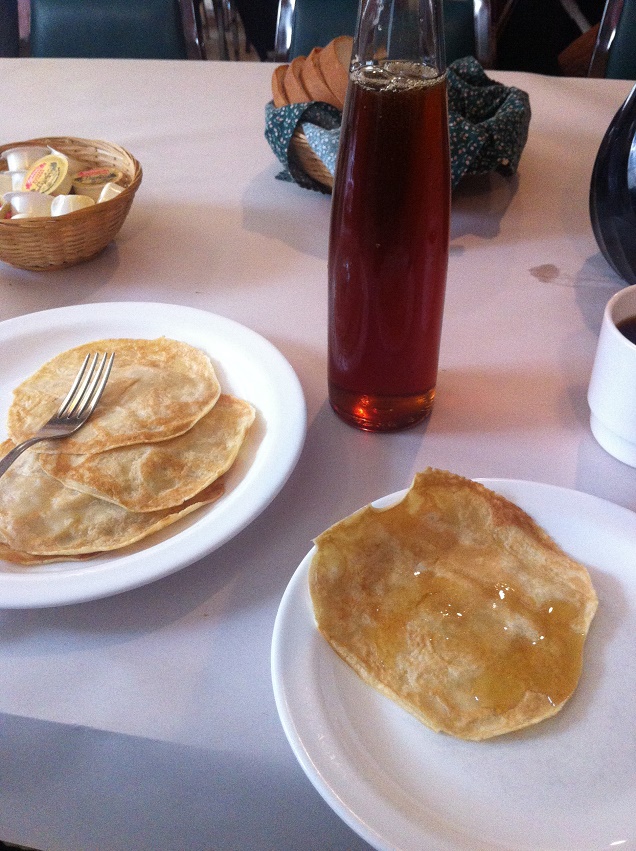 Maple syrup is a speciality here for our luncheon,  better known as a Sugar Shack, L’ En-Tailleur  is a family owned business. 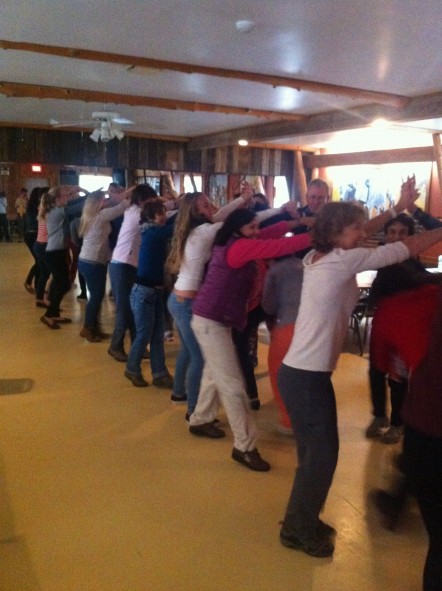 Square dancing is a highlight once you’ve had your sugar fix – lots of fun to burn off the calories to a couple of really up-beat musicians. 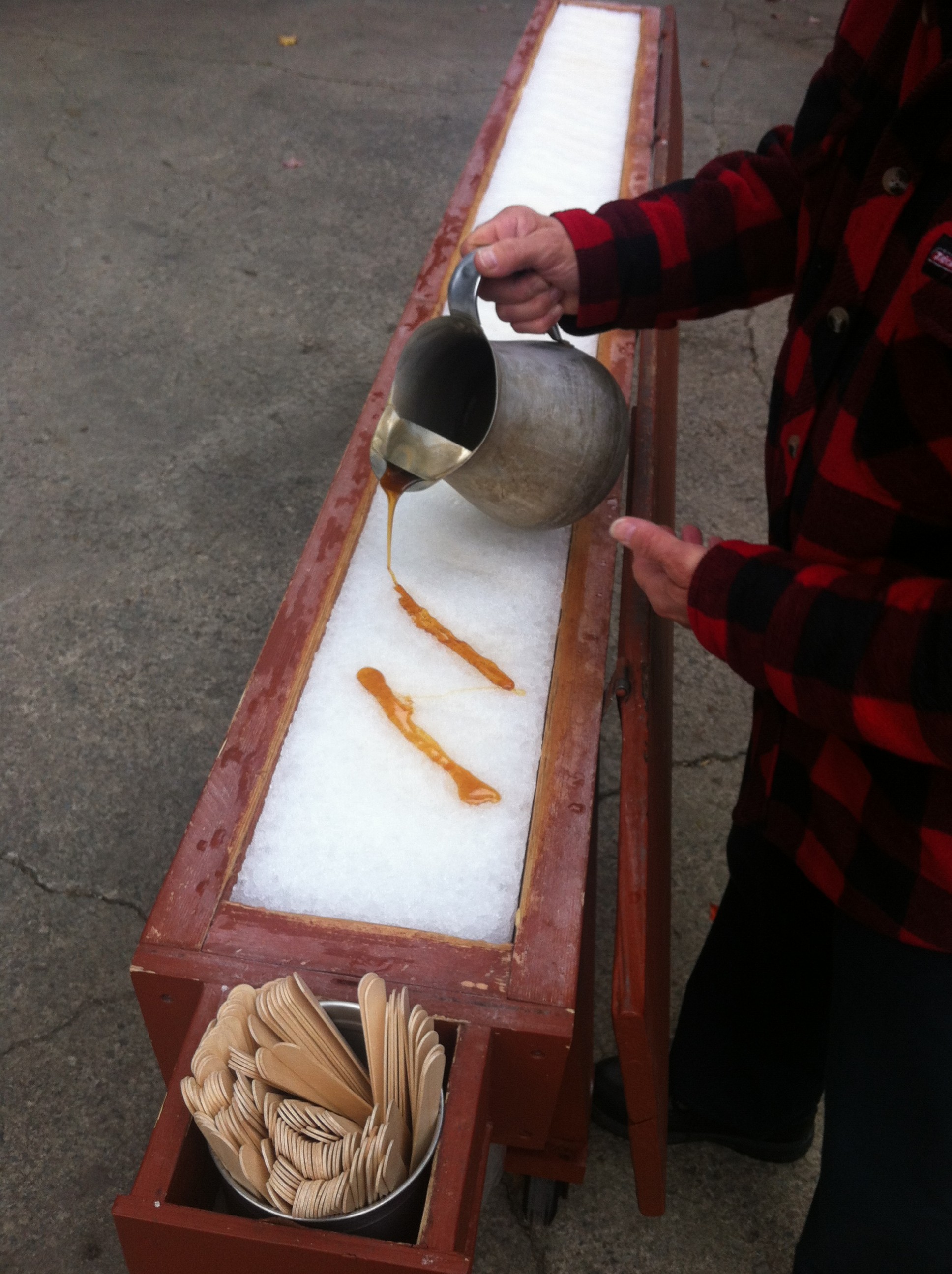 We’re about to have a maple syrup tasting, once it’s cooled on the snow. Yum! 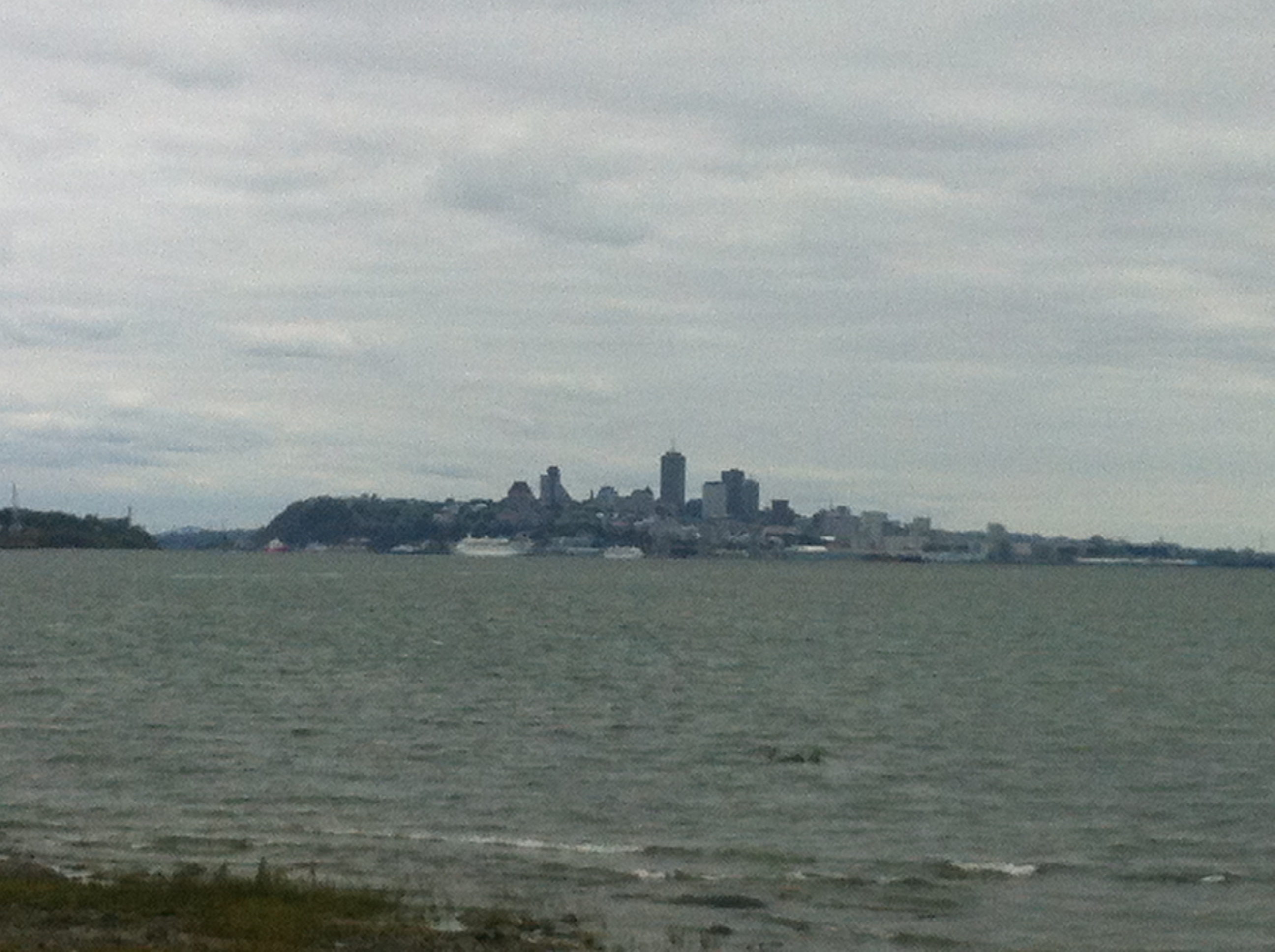 The name Quebec is derived from an Algonquin word for narrow passage (which can be seen here). It originally referred to the narrowing of the St. Lawrence River near what is now Quebec City. The British named the newly captured colony Quebec in 1763. 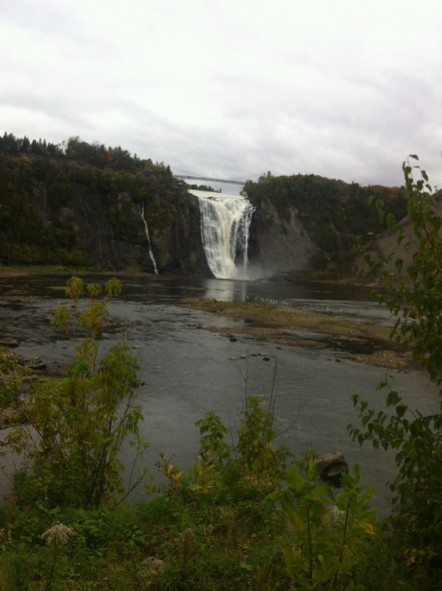 Montmorency Falls is a natural phenomenon – definitely not to be missed. At 83 metres high (30 m higher than Niagara Falls), it can be seen from all the way across the St. Lawrence River in Lévis! 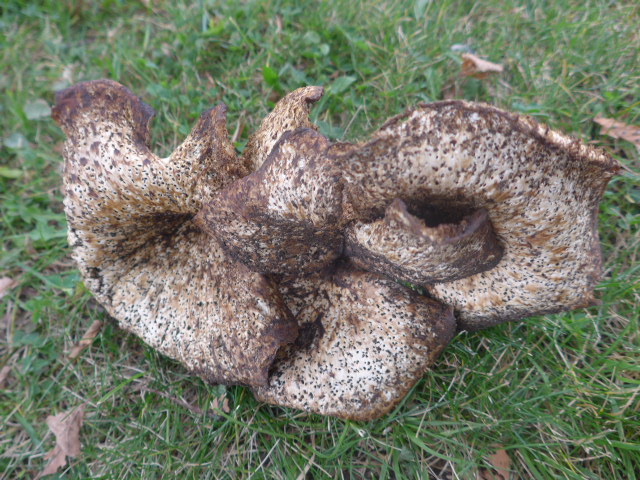 Mushrooms anyone? I know we picked them as kids for our Mums to cook up with the evening meal, but can’t say I’ve seen anything like these before. Wasn’t game to pick it before returning back to Quebec City as it looked like it should stay … Just in case it wasn’t the type for eating – or anything magical. 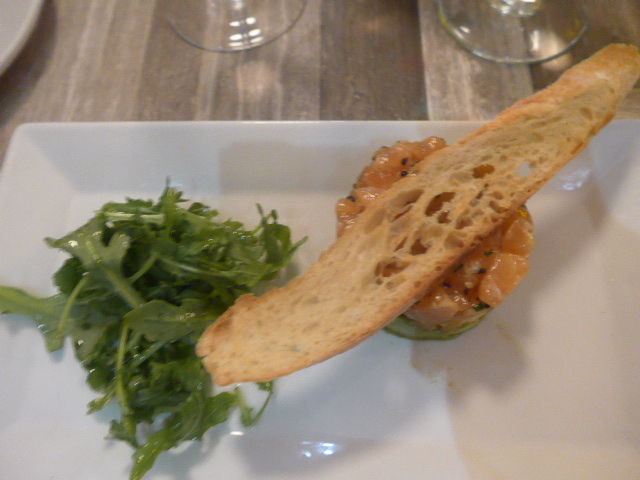 Tartare – cold fish has been ordered and it’s a local, more traditional dish. Here at Restaurant SSS back in the old city of Quebec, I’m trying some more local food made by the excellent chefs on site with their superb presentation. 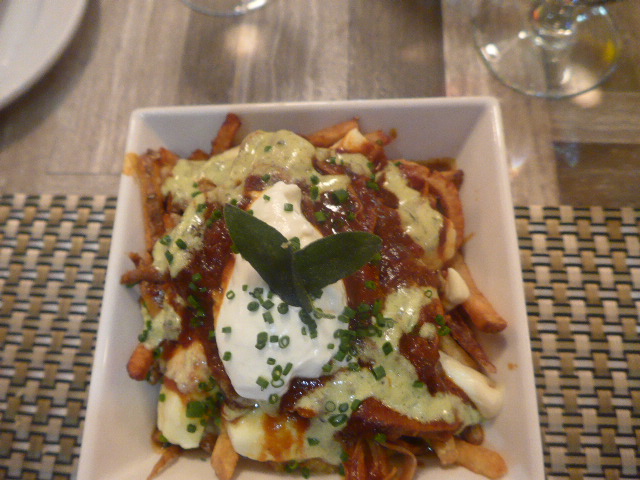 Poutine at Restaurant SSS wasn’t a problem to put together as it’s considered more of a takeaway-like meal, but they were kind enough to allow me the opportunity to try it at this very classy little restaurant. It’s a Canadian dish, originating in the province of Quebec, made with french fries and cheese curds topped with a light brown gravy-like sauce. Typically found across Canada and in some places in the northern United States. I’m told if the cheese doesn’t ‘squeak’ it’s not fresh. Trust me this was squeaking …