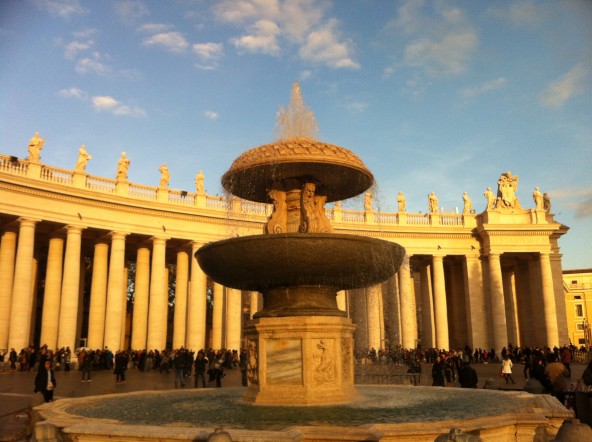 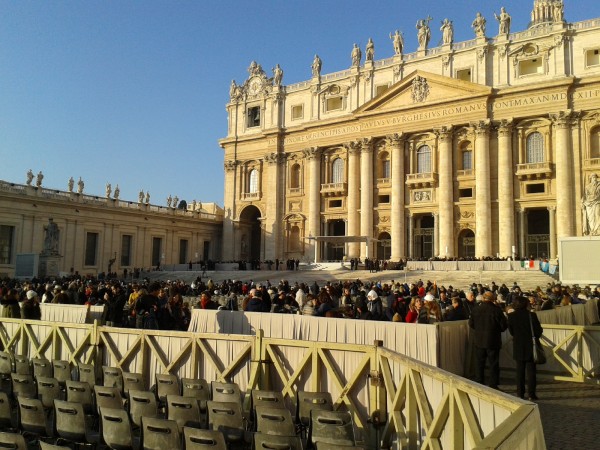 Crowds moving in with high security in place when entering the Square. 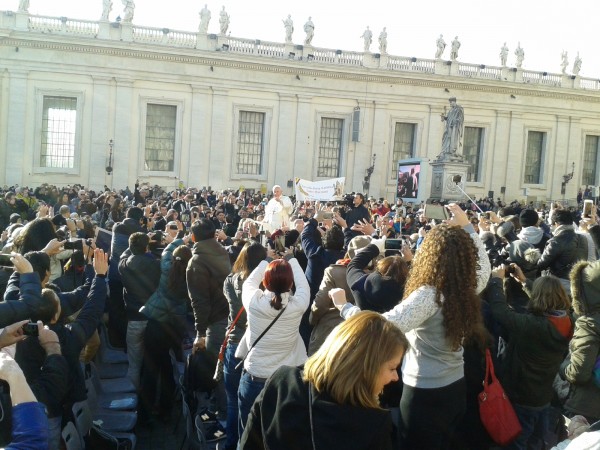 Pope Francis arrives and moving freely around the crowd with his minders of course – it’s what everyone’s been waiting for since early morning. 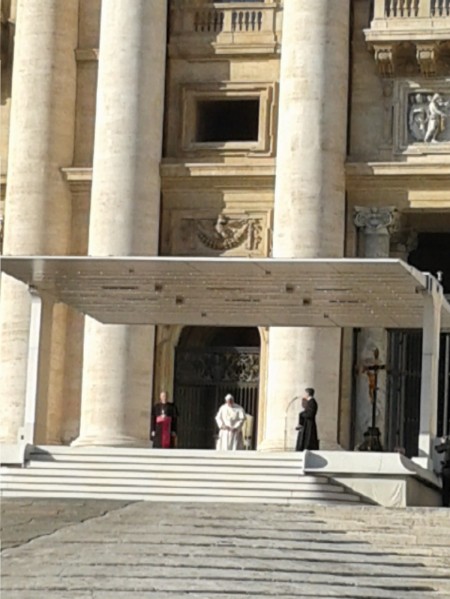 People Papal Audiences: Every Wednesday morning Pope Francis (when in Rome) holds a General Audience open to the public with thousands of people from all over the World. 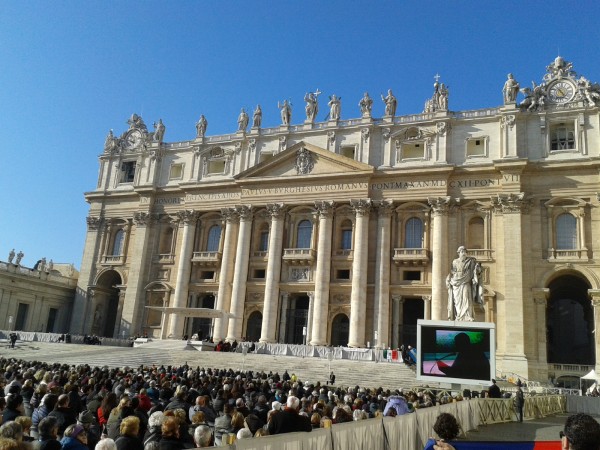 Not as crowded in early December and an excellent time of the year to visit. Summer is almost impossible … 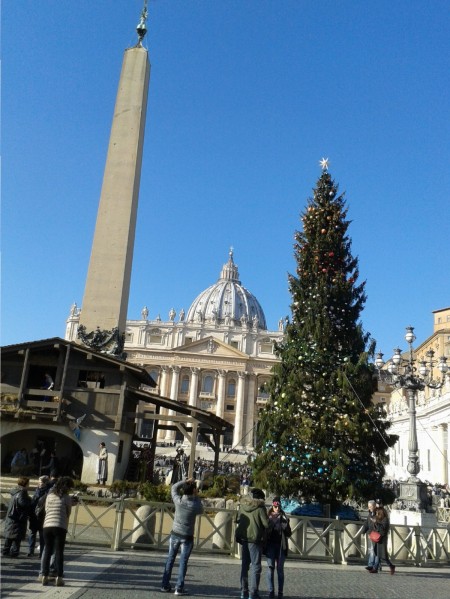 Christmas tree and Nativity Scene leading up to the usual festivities at this time of year. 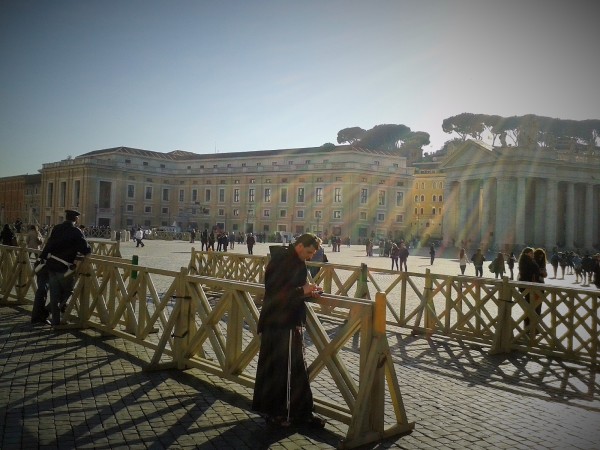 Message to the Celestial heavens, even priests need to be connected … 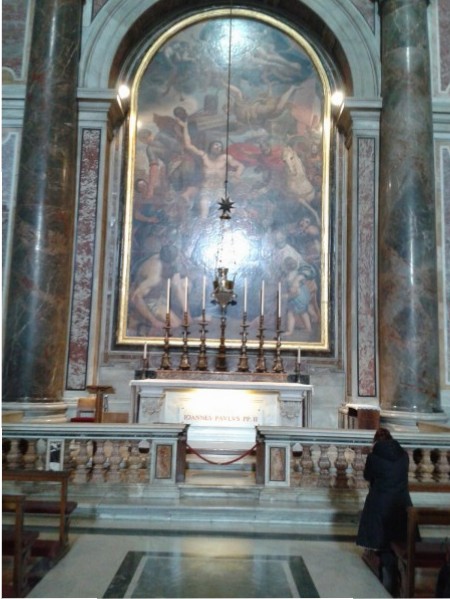 On another of my previous trips and at the time of Pope John Paul II’s passing, it was time to chose a new Pope and the smoke (chimney on screen) would turn white when a decision had been made and about to be announced to the public.

The cardinals vote by secret ballot, processing one by one up to Michelangelo’s fresco of the Last Judgment, saying a prayer and dropping the twice-folded ballot in a large chalice. Four rounds of balloting are taken every day until a candidate receives two-thirds of the vote. The result of each ballot are counted aloud and recorded by three cardinals designated as recorders. If no one receives the necessary two-thirds of the vote, the ballots are burned in a stove near the chapel with a mixture of chemicals to produce black smoke.

When a cardinal receives the necessary two-thirds vote, the dean of the College of Cardinals asks him if he accepts his election. If he accepts, he chooses a papal name and is dressed in papal vestments before processing out to the balcony of St. Peter’s Basilica. The ballots of the final round are burned with chemicals producing white smoke to signal to the world the election of a new pope. 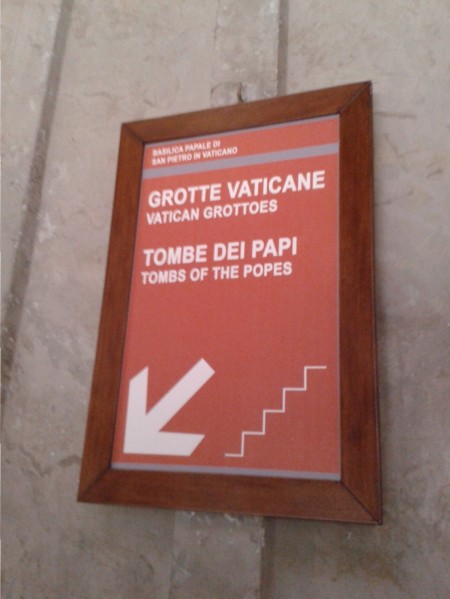 Stairway down to the Pope’s Tombs within the Basilica. 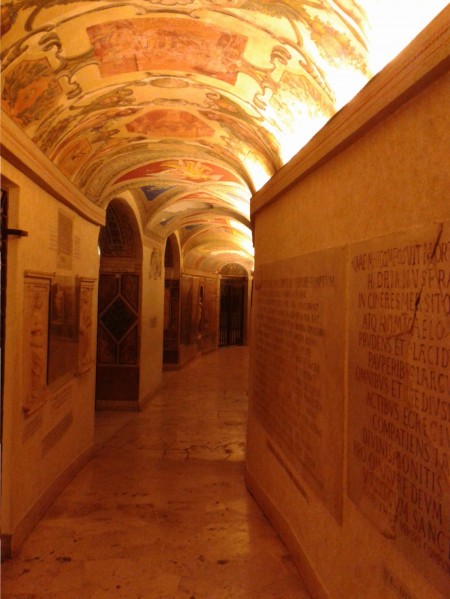 Inside the walkways underneath the Basilica – a must-see regardless of your faith or religious status. 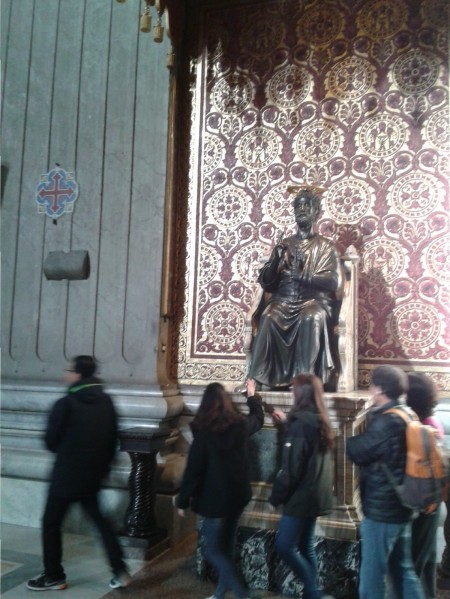 On this ancient bronze statue, St. Peter has his right toes worn down by centuries of pilgrims who traditionally touch the foot. 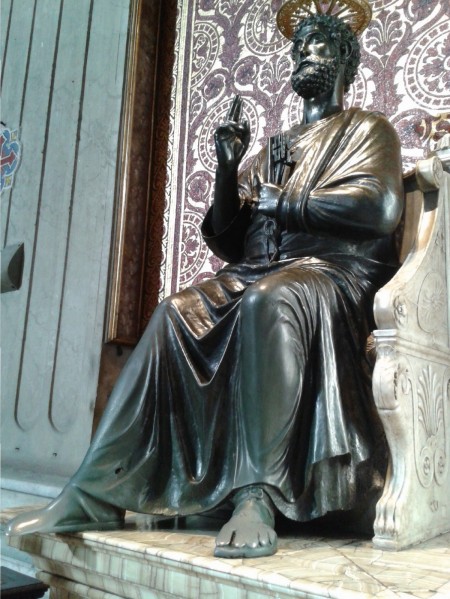 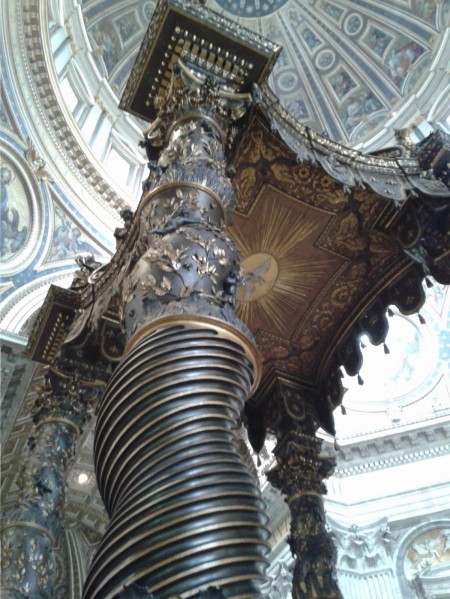 The Baldachin is at the centre of the crossing and directly under the dome of the basilica. Designed by the Italian artist Gian Lorenzo Bernini, it was intended to mark in a monumental way, the place of Saint Peter’s tomb underneath.

Under its canopy is the high altar of the Basilica. 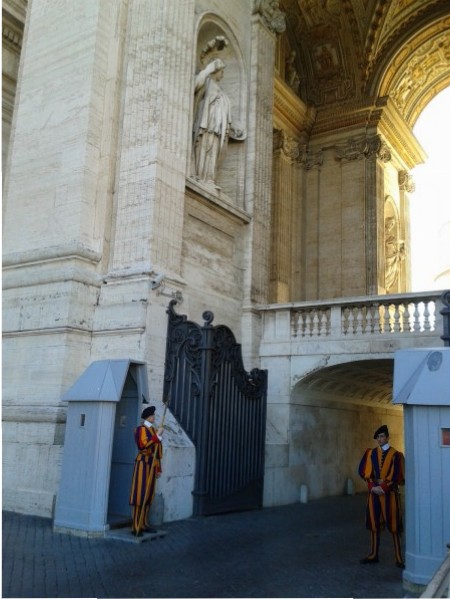 Guards at the Vatican City gateway and time to say bye to Rome once again. 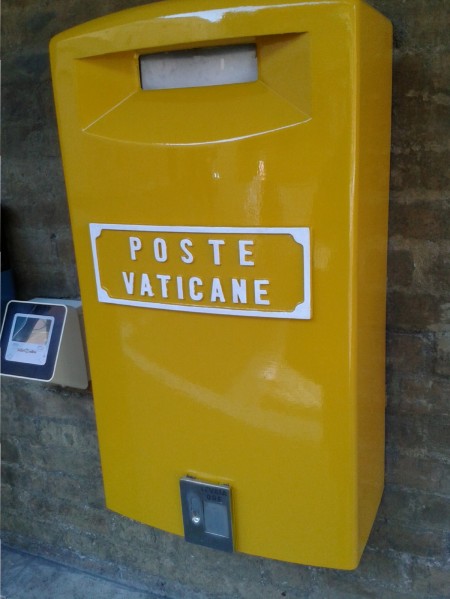 Vatican City Post Box to send off those prized postcards. 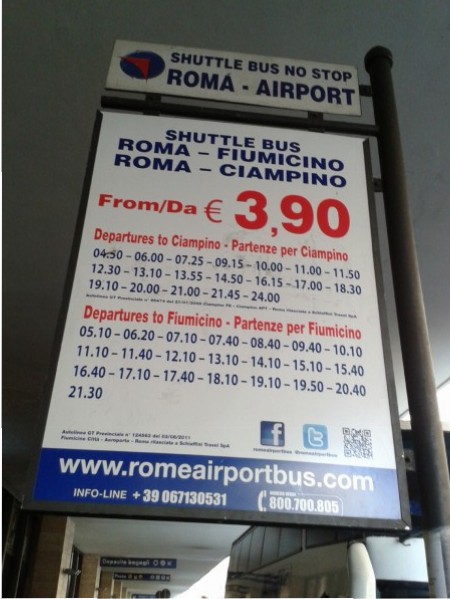 Buses to the airport and some information to note … 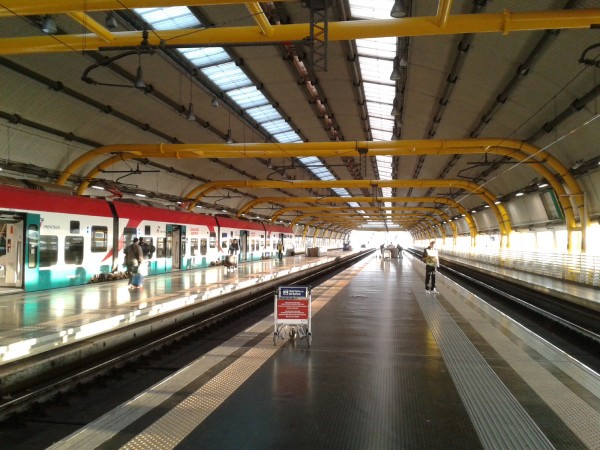 Trains to/from the airport are easy to use and a quicker option to move through a traffic-congested city. See  http://www.rome-airport.info/in.html