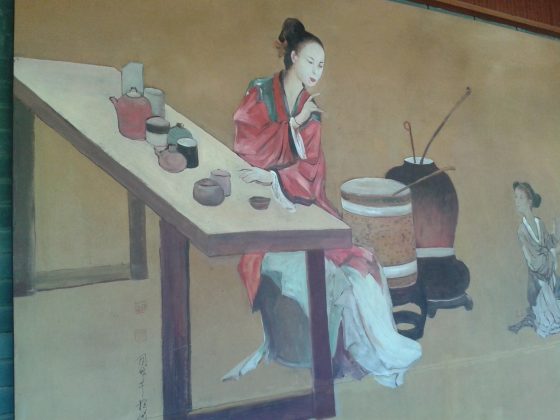 Travelling within China needn’t be all about the Golden Triangle of Shanghai, Xian and Beijing as this is one country which encompasses a mammoth area in terms of touristic sites to visit and it’s worthy of going outside the ‘triangle’. Art, food and theatre play a major part of China’s cultural heritage and traditions which can be easily seen in other more tame cities such as Hangzhou, Suzhou and Wuxi. 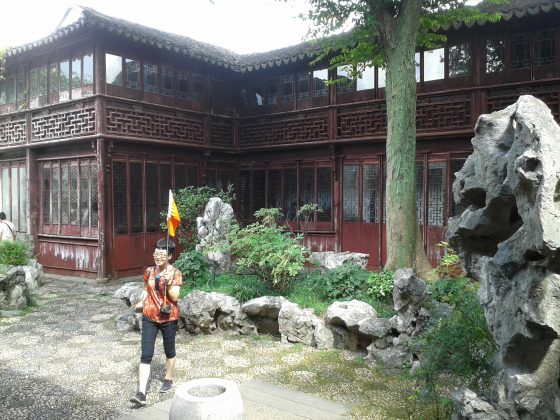 However, there are some destinations which are best I feel to be a part of an organised tour when it comes to learning from local guides about what’s interesting and historical in that region. In particular, quaint smaller cities you might otherwise miss if travelling independently. Additionally, it takes away the stress of traffic congestion, having decent hotels already sorted with all transfers included and language barriers overcome.

Overall, distances are huge within China and there’s a plethora of airlines, trains and buses servicing the country. However, a packaged tour is generally regarded as value for money allowing you to take in the sights without too much fuss. 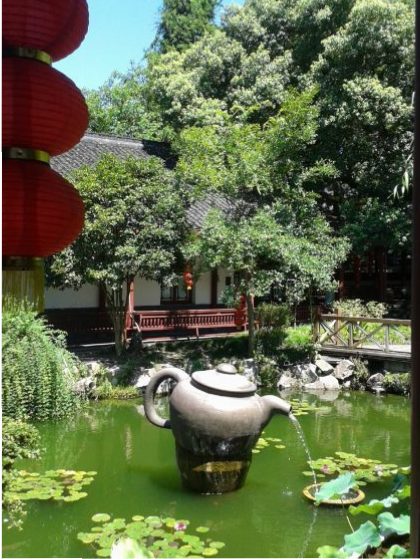 In the area around Hangzhou, Mei Jai Wu Village is a tea growing district and here we learn about the differences of green and black tea – and anything else in between. 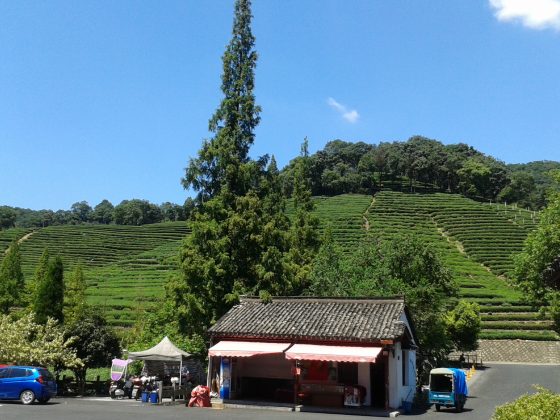 Hills and fields of green as far as the eye can see, with little Chinese workers’ heads bobbing throughout the rows and covered with cornical hats to ward off the heat, which in turn, is lovingly soaked up by the precious bushes producing one of the world’s most enjoyable beverages. 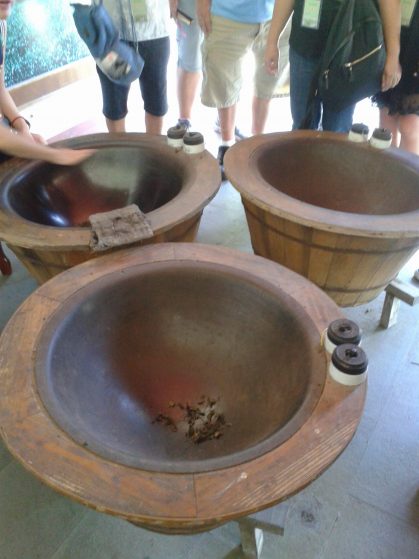 Tea leaves which are really quite delicate are harvested by hand before being dried and crushed to give many of us our first hot drink of the day. Well mine anyway … 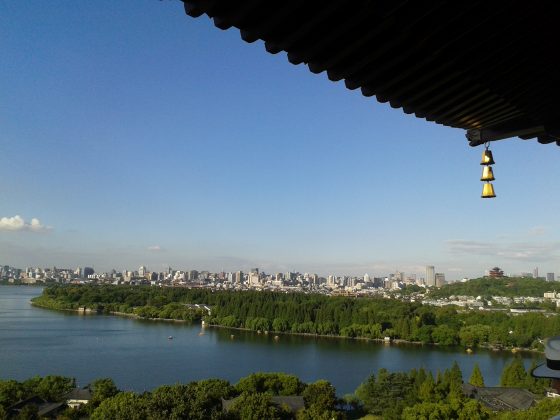 Hangzhou’s West Lake has influenced poets and painters throughout Chinese history for its natural beauty and historic relics. It’s among one of the most important sources of inspiration for Chinese garden designers. If you look on the back of all Chinese paper notes, you’ll find all the heritage-listed natural wonders of China are revered here, rather than other past prominent rulers. 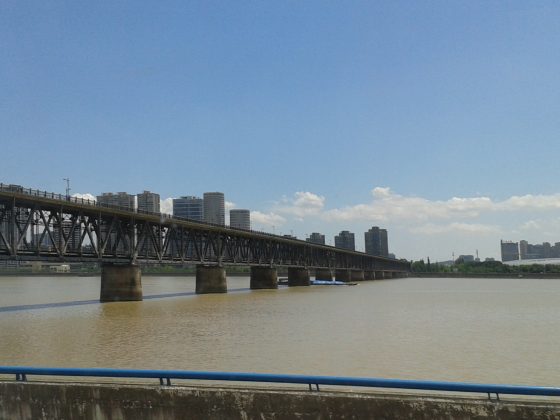 And onward we go with plenty of sites to see along the way. Distances between these three cities by bus is anywhere between three and five hours depending on the traffic. 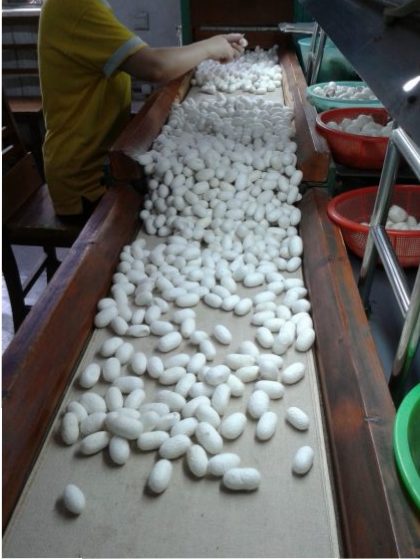 China is known for its silk and Suzhou is most famous for producing its silk. Here at a factory we’re  able to see how intricate and fine the technique is for yielding quality products from these small cocoons. 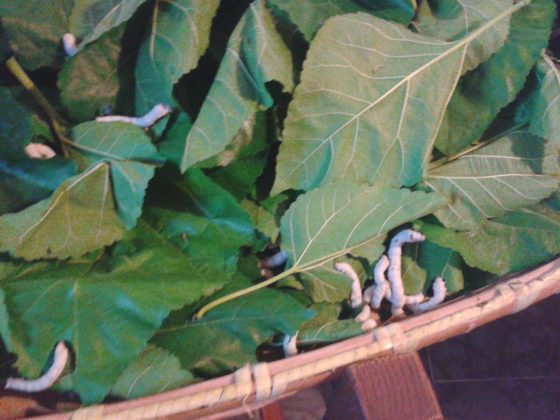 Here silkworms are munching away on mulberry leaves as if it were their last meal, and yes it really is … What’s so amazing about the silk-making process is that the silkworm creates its cocoon out of a single silk thread that is continuous for approximately 3,600 feet. 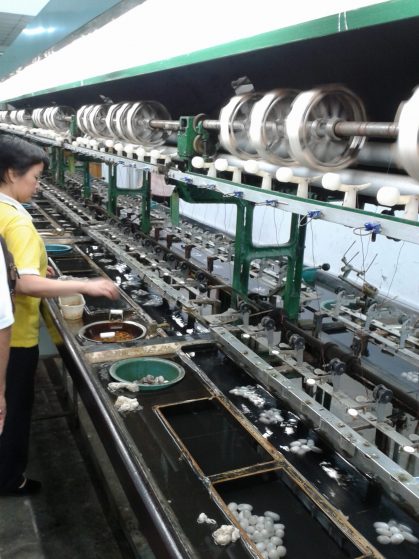 Among the processes, making cocoons to skeins is especially important to produce quality goods. 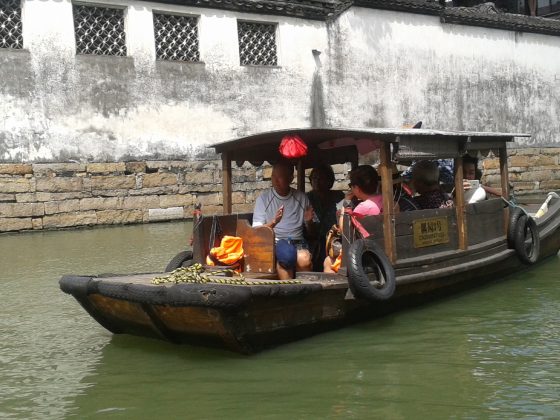 For an extra couple of Yuan, take a very quick boat ride around the perimeter of the factory. Really have to capitalise on those tourists coming in … 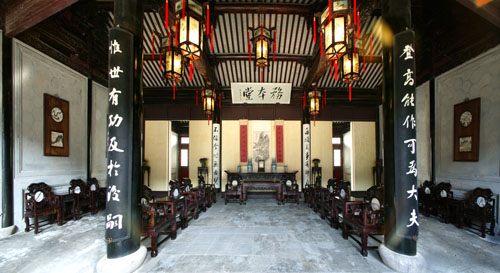 Xue Fucheng’s former residence, also known as the Xue Family Garden, is the biggest of its kind in Wuxi our next stop. Once belonging to the late Xue Fucheng, a famous ideologist and diplomat during the late Qing Dynasty (1644-1911), the garden was built in 1894 and covers an area of 21,000 square metres. 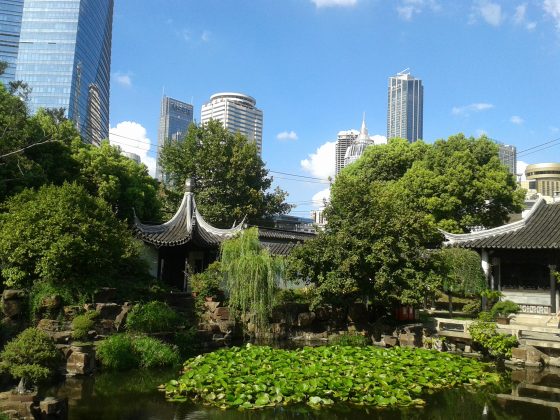 The magnificent residence with its gardens had been restored and is open to tourists to admire a bygone era. Obviously it’s in the middle of Wuxi’s central business district and thankfully had been saved from developers. 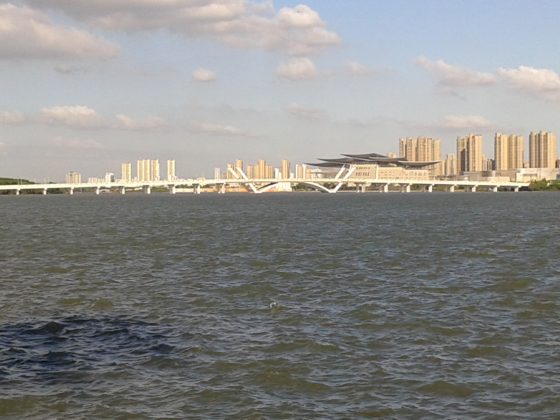 All around when motoring between cities, you’ll witness some amazing architecture, waterways and bridges. 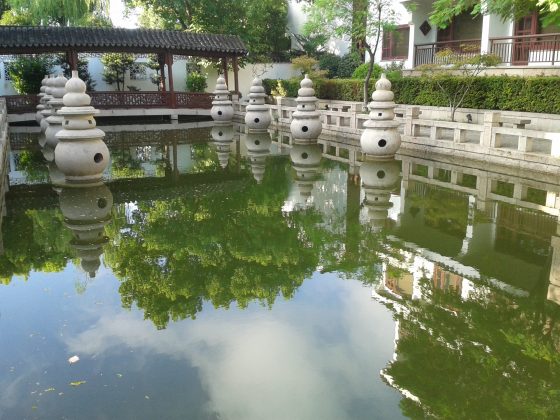 Beautiful gardens at Panmen Gardens in Suzhou and if you’re a guest of the Pan Pacific Hotel it’s entry is free. Only a six-minute walk from the scenic garden and five kilometres from the Tang Dynasty-era Shantang Street. 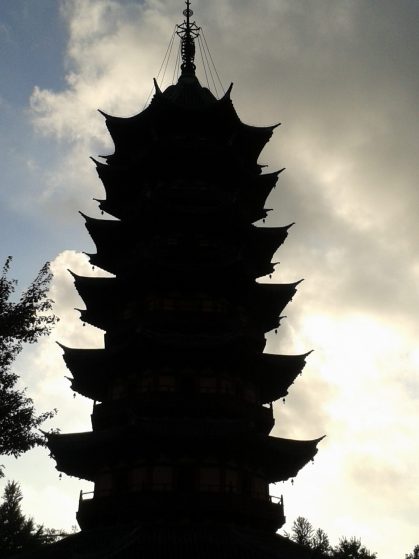 The Pagodas in the Gardens are located on the south-west corner of the Main Canal, or the encircling canal of Suzhou. Originally built during the Spring and Autumn period in the state of Wu, historians estimate it to be around 2,500 years old. 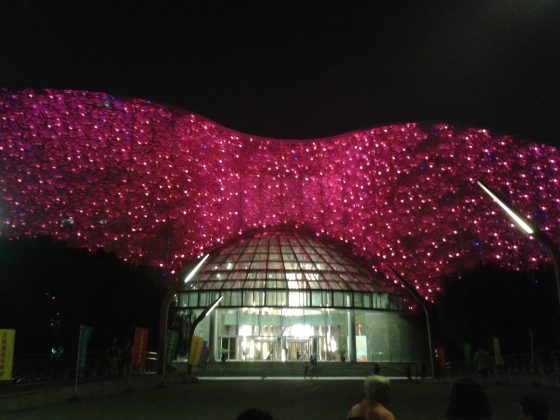 Suzhou Culture and Arts Centre is regarded as the landmark of the development of the city’s culture and arts. 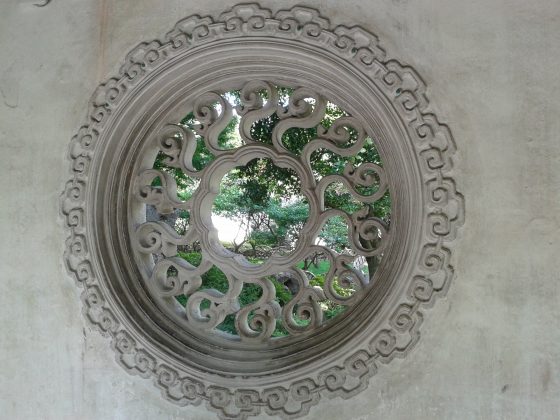 End of the day, a cool breeze and understanding some feng shui will help keep you balanced and ready for the next part of your journey. 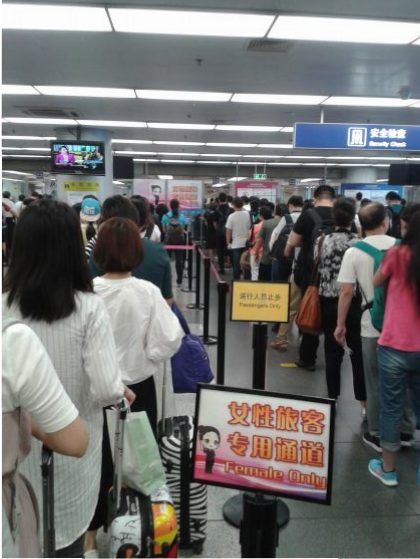 Airports in China are not really any different to most when it comes to security and safety. However, I’ve not seen a Ladies Only line before. Didn’t make too much of a difference with long lines anyway. Ensure you have plenty of time to make it to the airport if travelling independently as the traffic is horrendous and language barriers can take time for explanations to departing passengers.

Let the tour company’s guides take all the hassle out of your travel by taking a packaged tour such as this one which included our flight as well and seemed great value; especially when short on time …