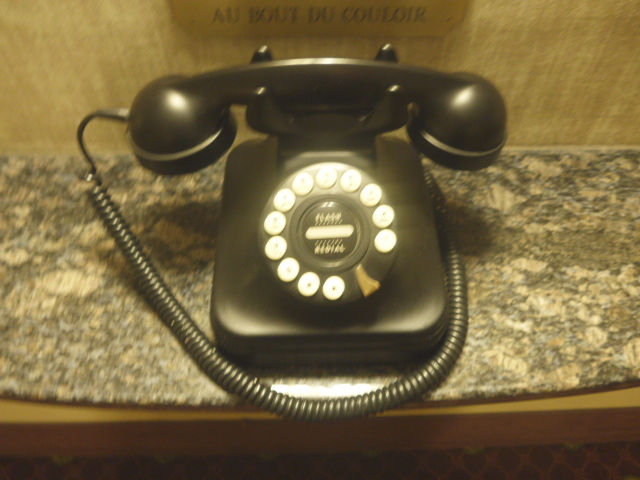 You know it’s time to go when the phone rings  with that dreaded wake-up call … So it’s off I go to Montreal to fly onto New York City(NYC). Seems like yesterday I arrived and now it’s time to head off again. My best advice if you’re considering a visit stay in Quebec, allow for at least a minimum of three days as there’s so much more to see and do, as well as relaxing in a truly unique city which has a European feel whilst still in North America. 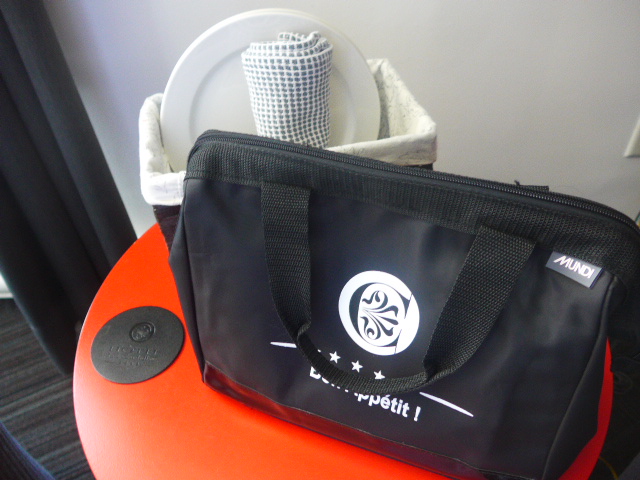 I’m going to miss my breakfast delivered and hung at the door each morning by Hotel des Coutellier staff. Fresh croissants, still warm and so fresh, along with a good strong coffee made with the machine  in your room. 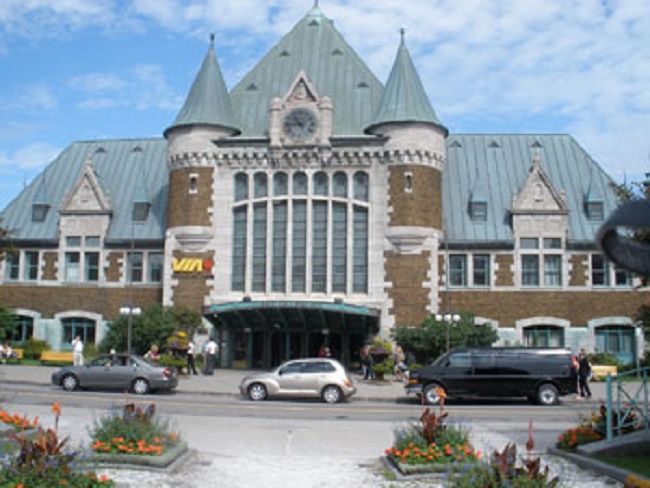 So it’s back at the exquisite Gare du Palais railway station with Via Rail for the last leg of my journey within Canada. It’s a trip towards Montreal for a quick flight into NYC. I understand the rail/road journey from Montreal to NYC is also one of the most beautiful, but that’ll have to be next time. 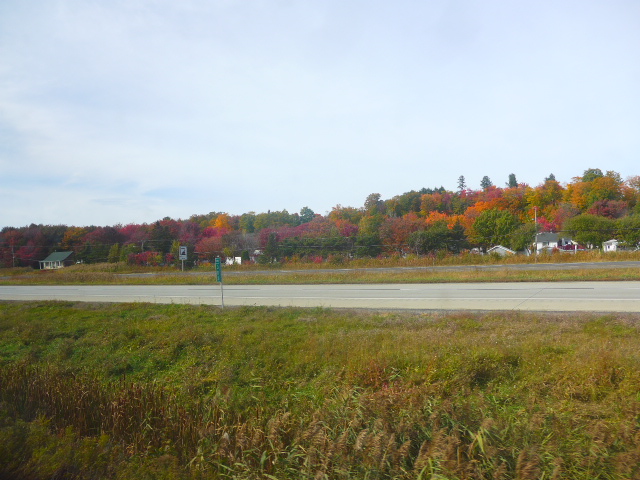 This trip was taken early October and the leaves are just starting to turn to their obligatory autumn colours. An array of beautiful foliage capturing a spectrum of blush is seen everywhere now. 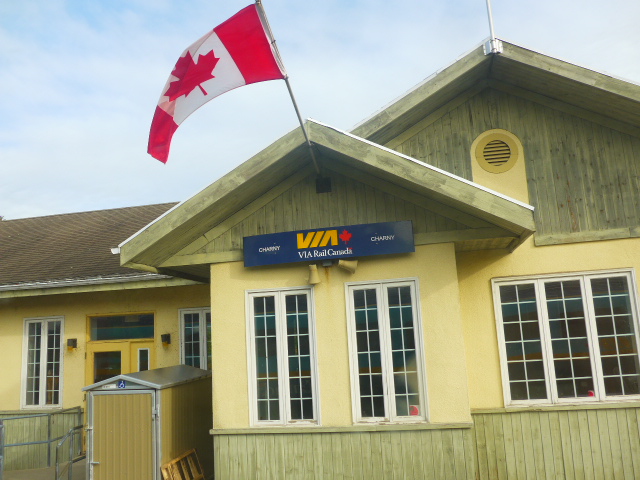 Over the last century, Charny has been influenced socially and economically by the Canadian National Railway which maintains a major national train yard in the town, Joffre Yard. The roundhouse in the yard was designated a National Historic Site of Canada in 1992. 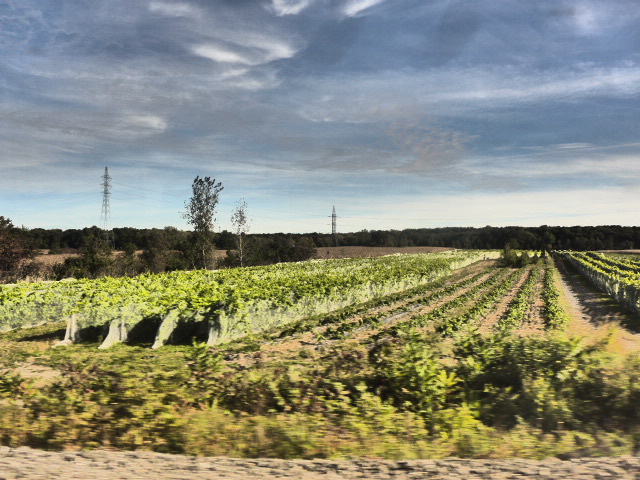 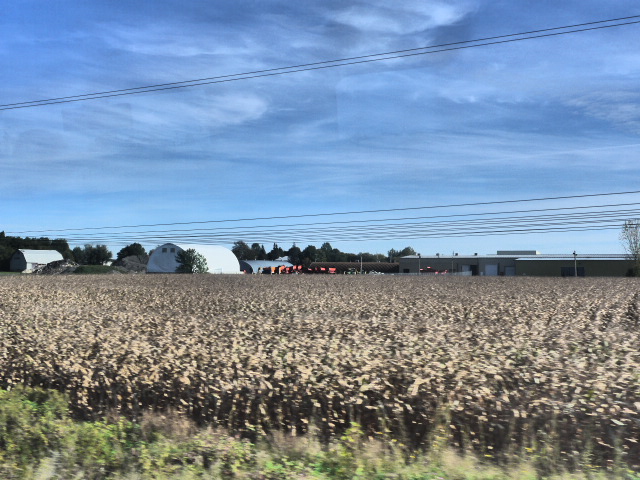 Will miss Canada and its ever-changing scenic views and landscape. And, not forgetting the people have been incredibly friendly and very helpful at all times. 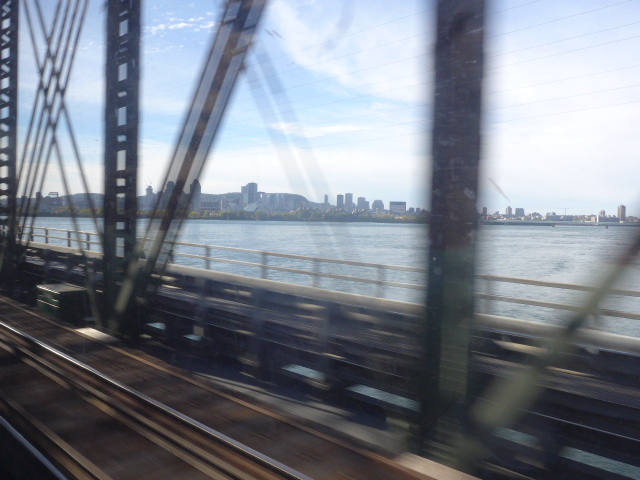 The journey with Via Rail to Montreal is just over three hours with Dorval being closer to four hours travelling as it’s just south of Montreal. 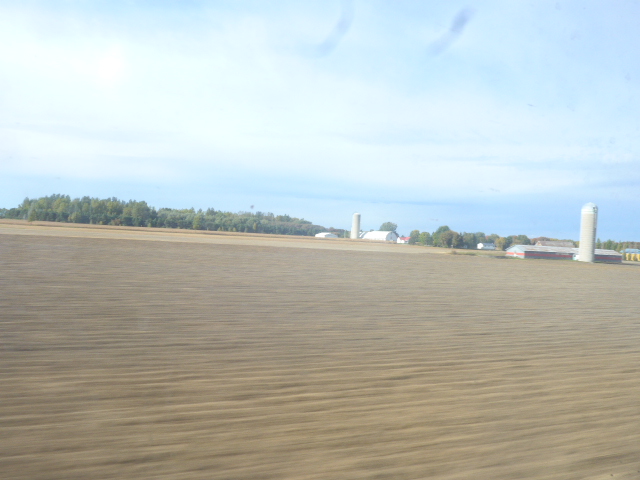 Even during the month of October, I found the weather to be mild and as long as you layer your clothing you’ll be fine. This is a really a desirable time of the year to visit I think – without all the crowds and no rushing about. 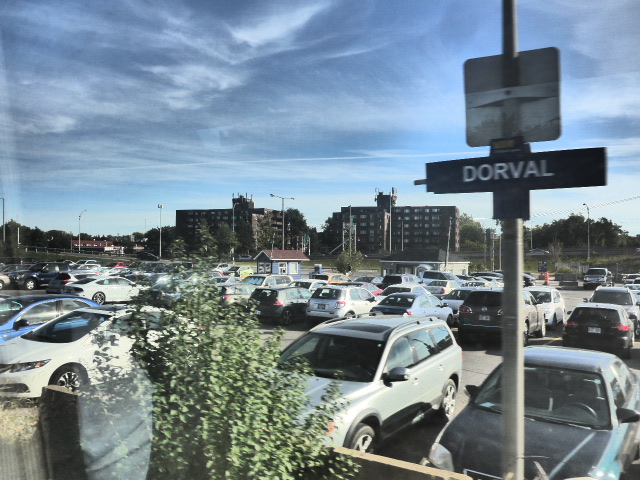 Montréal–Pierre Elliott Trudeau International Airport (IATA: YUL, ICAO: CYUL) (French: Aéroport international Pierre-Elliott-Trudeau de Montréal) or Montréal–Trudeau, formerly known as Montréal–Dorval International Airport (Aéroport international Montréal-Dorval), is a Canadian airport located on the Island of Montreal, 20 km (12 miles) from Montreal’s downtown core. The airport terminals are located entirely in the suburb of Dorval, while the Air Canada headquarters complex and one runway is located in the Montreal borough of Saint-Laurent. It is an international airport serving Greater Montreal, along with the regions of northern Vermont and New York. The airport is named in honour of Pierre Elliott Trudeau, the 15th Prime Minister of Canada. 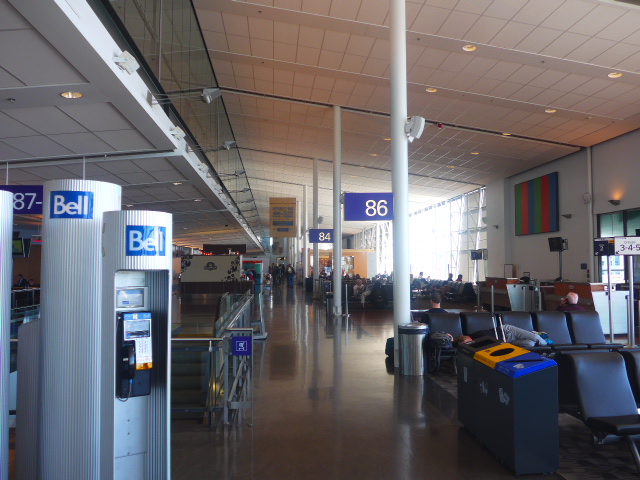 The airport at Montreal is squeaky clean and easy to make your way around. Although, going through an airport after all this time feels sterile and security is tight. I had to really think about my weight restrictions after travelling by rail for sometime. A stark reminder to off-load some items prior to checking in. 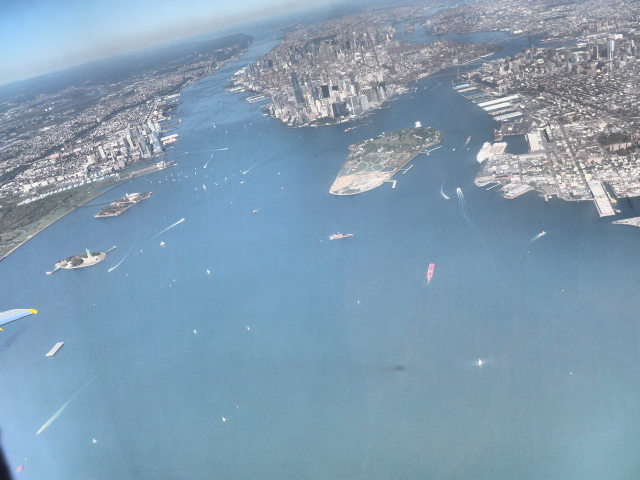 Flying into New York City is one of my favourite fly overs and a couple of days here before heading onto Europe won’t be taken lying around!