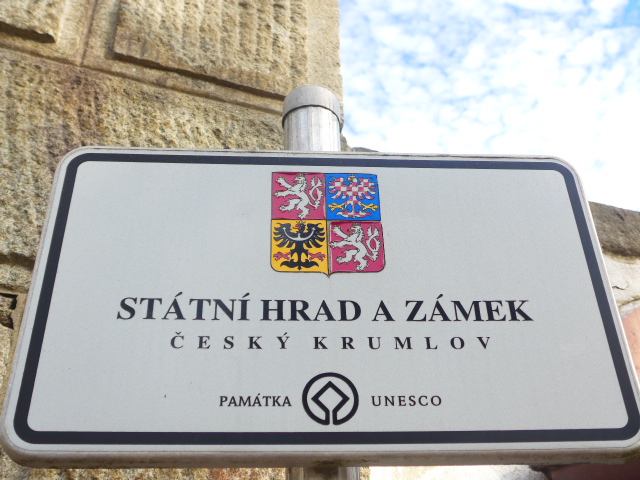 Cesky Krumlov wasn’t in my original plan, however after hearing so much about it, I decided being on the path to Prague, it could be fitted in. 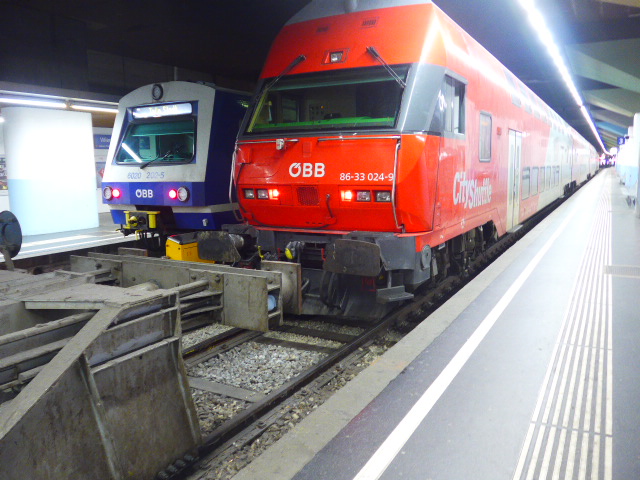 Trains have a way of making travel easy, even if you’re a little undecided where you want to head onto next. The main Station in Vienna (Wien Hauptbahnhof) for international departures is just a few stops from most of the other city stations. 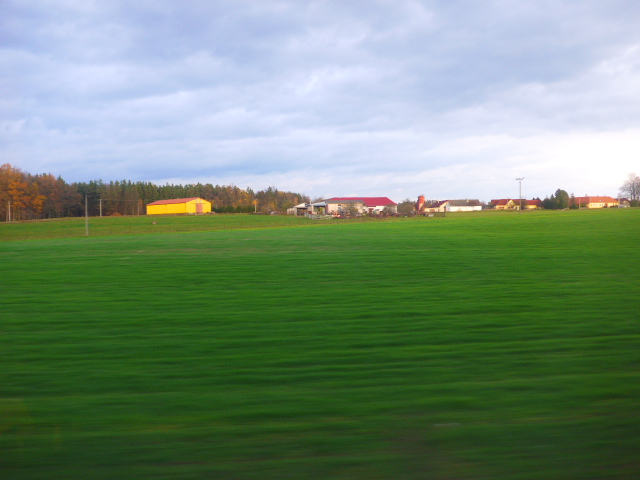 Impressive views along the way with mostly farms making preparations for the winter. 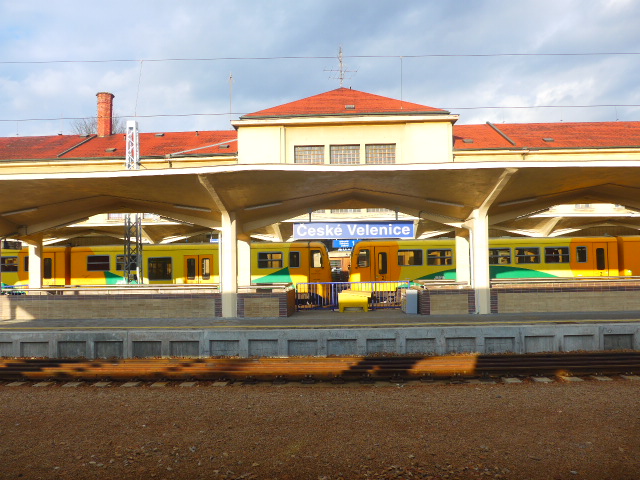 A change at Cesky Velenice when heading to Cesky Krumlov as it’s not on the direct line to Prague. Depending on the time of day, you can expect two or more changes. 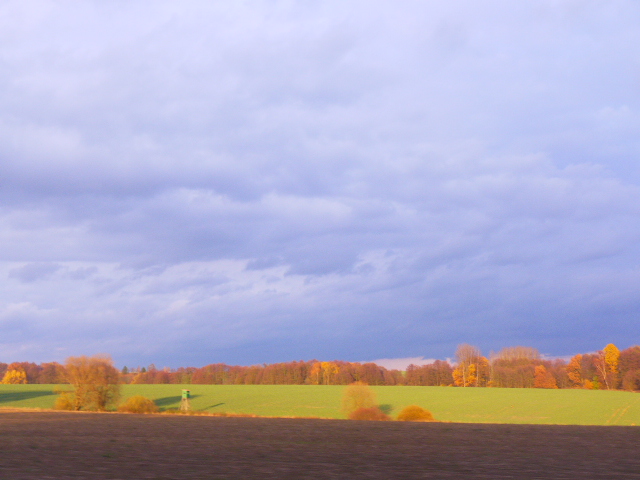 Scenery in the late afternoon gives off vibrant hues of the landscape while racing along on a smaller train. 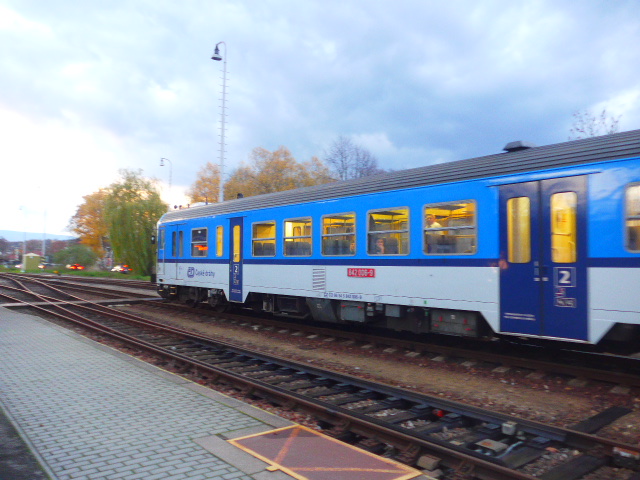 Another change of train due to track work here in November, 2015  and later a bus as well, I arrived late but happy to have made it. 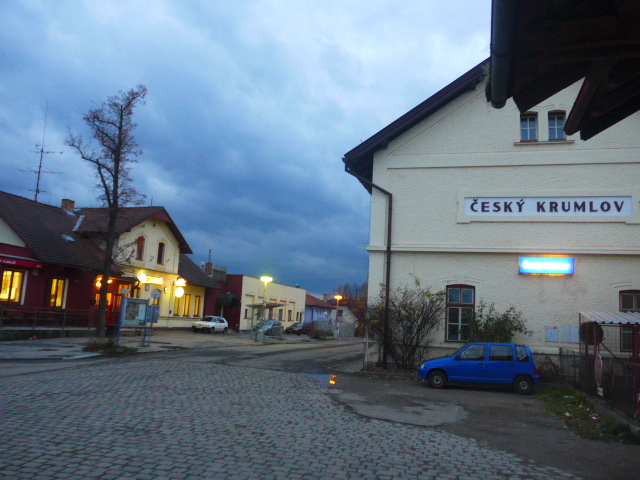 However, once you arrive at the station, you might not think much of this incredible tourist drawcard which is tucked away south from its big brother Prague.

Grab a taxi and the best location to stay is the Old Town centre. Taxi cost about 5 Euro and approximately  AUD7.30 on today’s exchange rate. 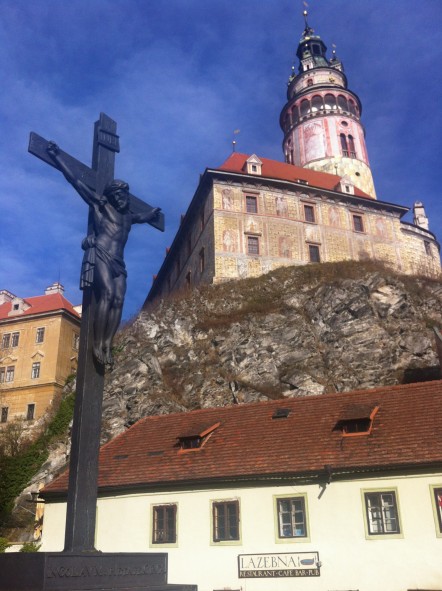 My hotel is quite close to the State Castle and fantastic photos to be had on a clear day.

In 1947, the Schwarzenberg property including Český Krumlov was transferred to the Czech provincial properties, and in 1950 it became the property of the Czechoslovak State. The entire area was declared a national monument in 1989 and then in 1992 it was added to the UNESCO World Heritage List. 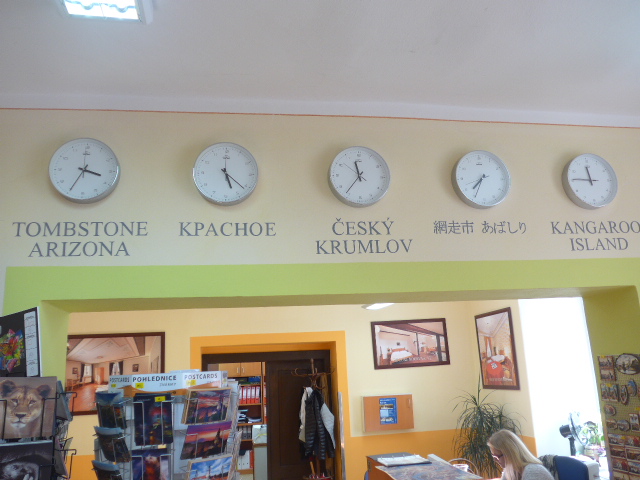 One of the first places I like to visit is the Tourist Office of any city/town. Why? Because what’s on google and many websites the information is often out of date and not current. Plus if there’s anything worth knowing the staff will advise about ‘what’s on’. I also liked the clock showing Kangaroo Island (South Australia) time being shown? Don’t ask why …

Český Krumlov Card can be bought here and a list of places you can visit: 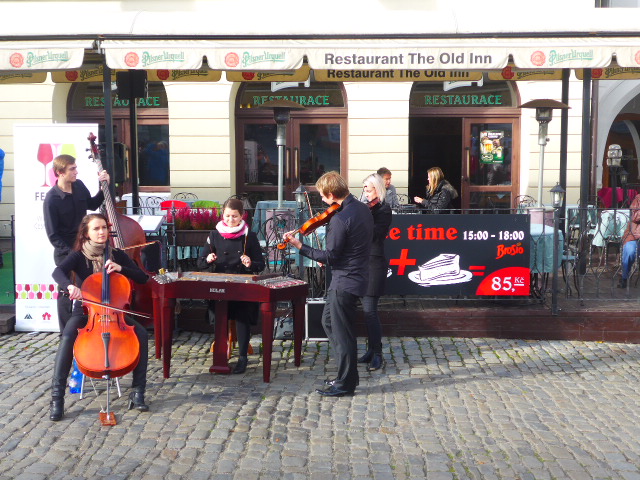 And, just outside in the Old Town’s centre you might be lucky enough to catch teenagers putting on a free concert. 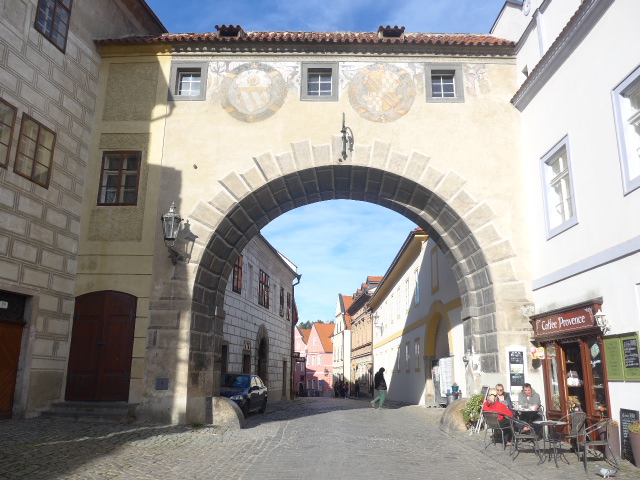 A walk up towards the entrance of the Chateau, it reveals many cafes showing off artwork and crafts within their premises. 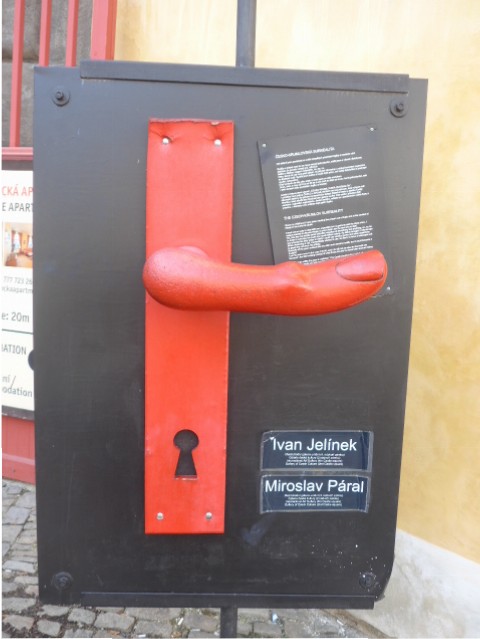 Miroslav Páral, born June 9, 1955 in Prague graduated from the Secondary School of Ceramics Art and Design in Bechyně. In 1991 he established the Czech Ceramic Design Agency and in 1993 received the Award for Culture of the town of Český Krumlov. 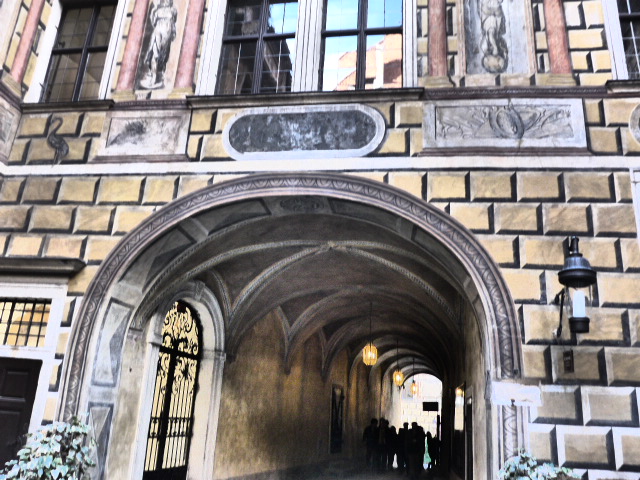 Upon entering the walkway, noticeably beautiful facades and picturesque Renaissance architecture of the period it was built. 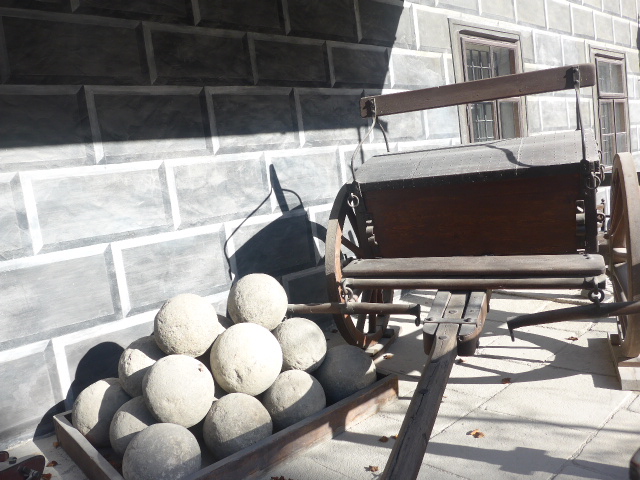 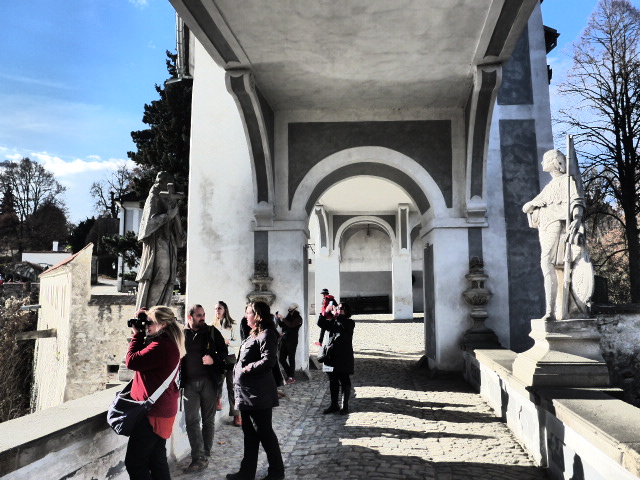 Great vantage point for photos on the Castle’s bridge heading towards the parkland. 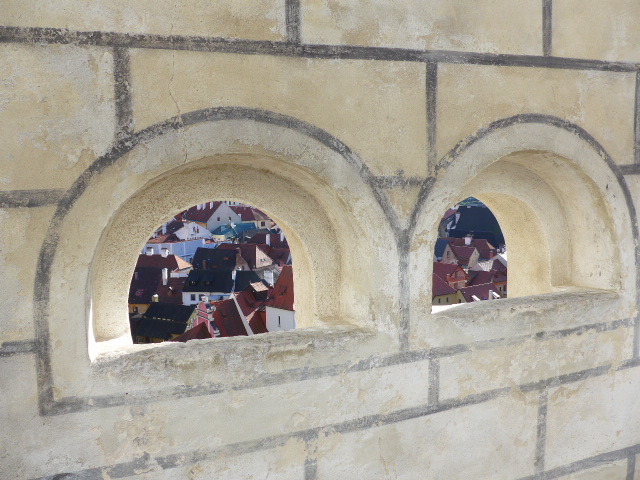 Looking down towards the township from the bridge. 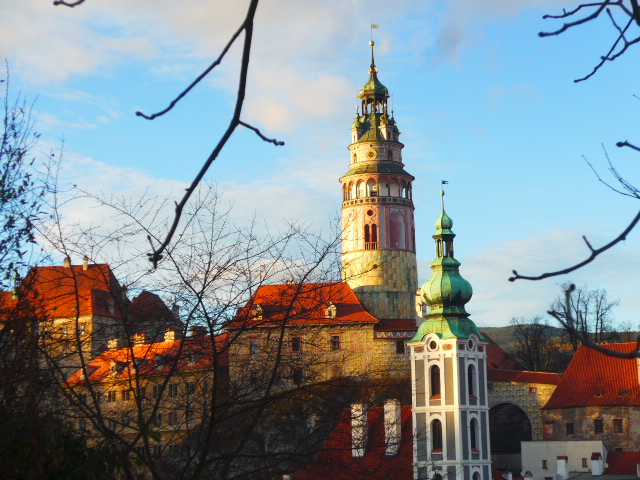 Fairytale Cesky Krumlov swells with tourists from all over the world. Even though this was November, the number of visitors was still quite admirable for this time of year. However, I was still able to enjoy its beauty and charm without all the maddening summer crowds, although the weather being a little cooler, it was fine by me and preferable. 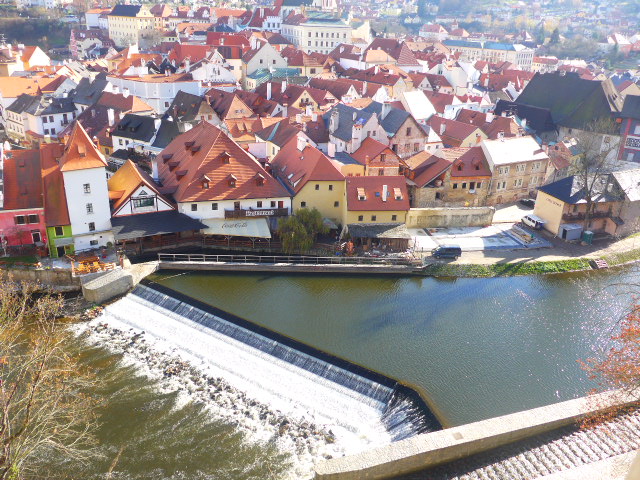 According to legend, the name Krumlov is derived from the German “Krumme Aue”, which may be translated as “crooked meadow”. The name comes from the natural topography of the town, specifically from the tightly crooked meander of the Vltava river. The word “Český” simply means Czech, or Bohemian (actually one and the same), as opposed to Moravian or Silesian. In Latin documents it was called Crumlovia or Crumlovium. The town was first mentioned in documents from 1253, where Krumlov was called Chrumbonowe. 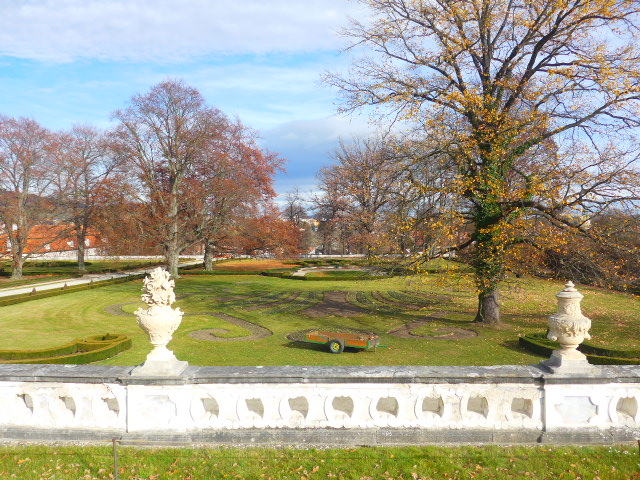 The beautiful parklands are worthy of taking some extra time out for a stroll and even though it’s late Autumn, the colours are still amazing. 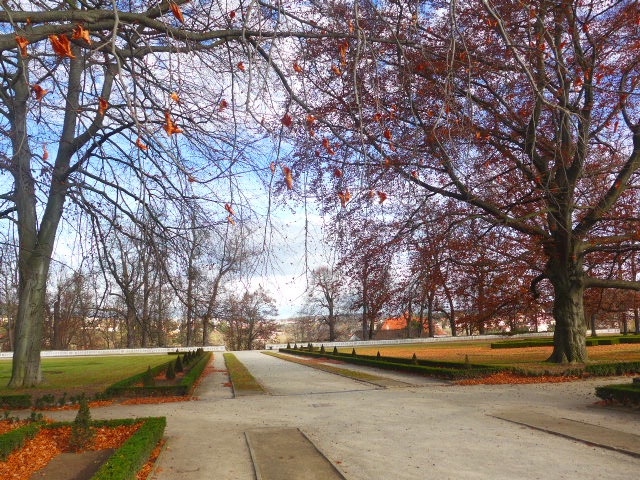 A distinctive element in the cultural landscape of Český Krumlov is the historical gardens situated within the grounds of the castle as well as within the town itself. 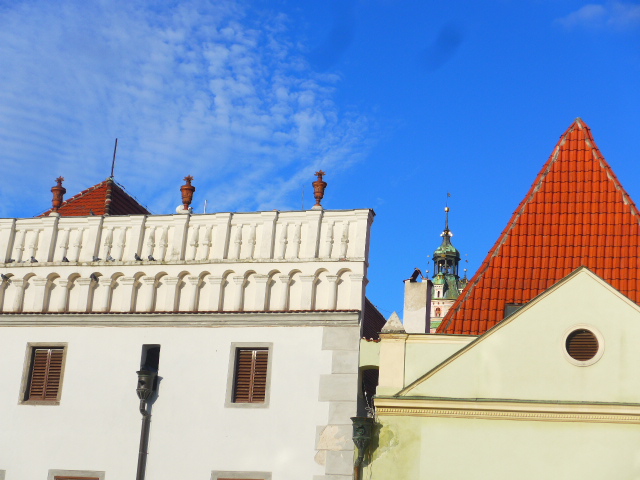 Simply walking around the streets is really pleasant – quaint and very pretty. 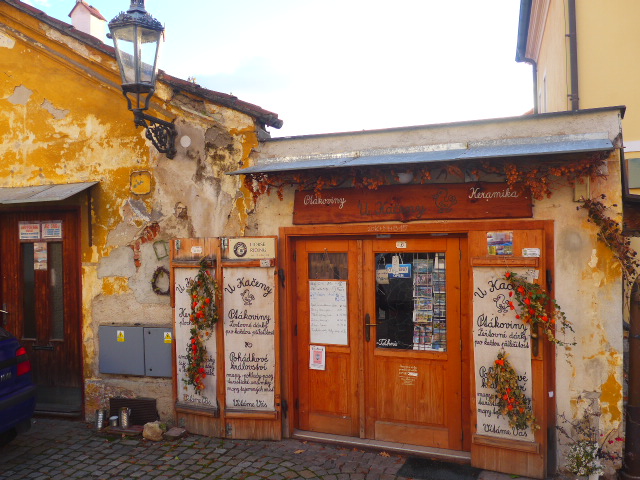 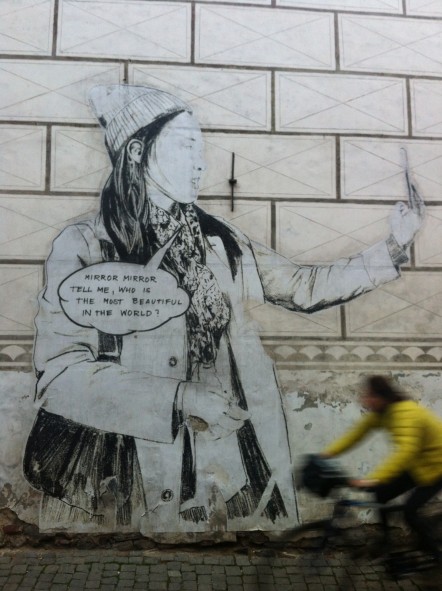 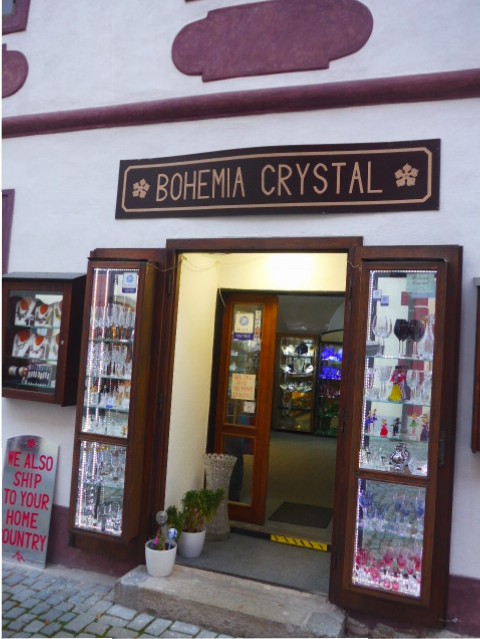 Bohemia Crystal – pleased to say there’s a couple of pieces already at home, but that’s not to say another can’t be added … 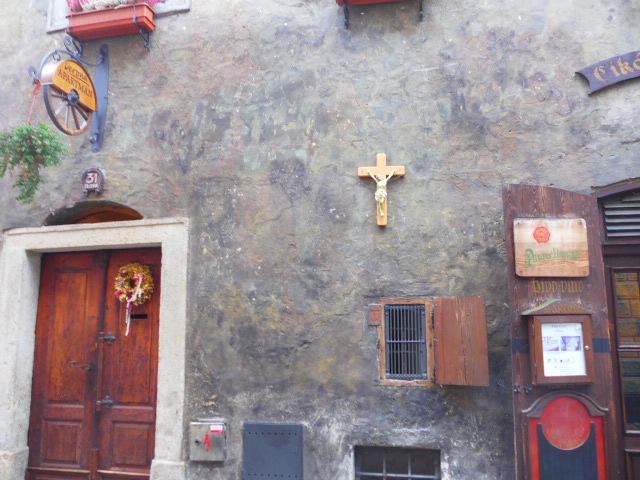 And, just across the street from my hotel is a very old and traditional eatery. Mostly filled with blokes, but that’s ok as it means it must be good value and delicious! 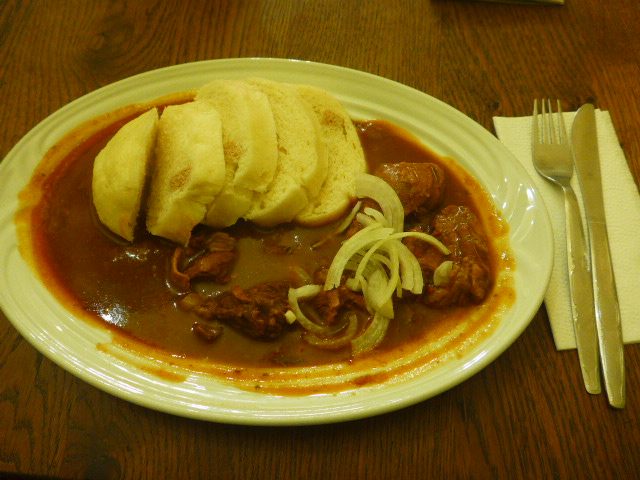 Just what’s needed after walking all day, a hearty dish with homemade bread. I was asked if I wanted sauerkraut? Replied with ‘is the Pope Catholic?’