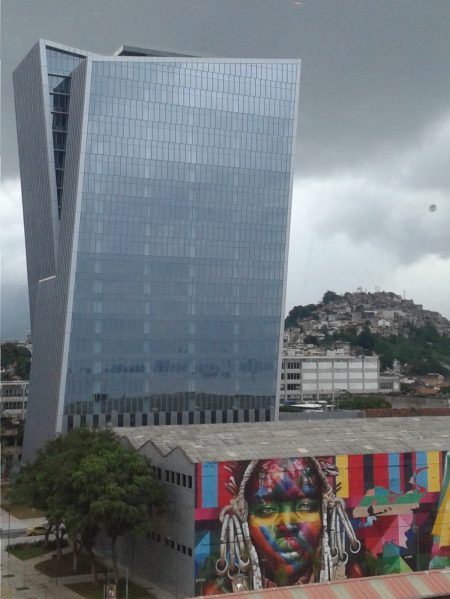 On this ten-day South American itinerary from Rio De Janeiro to Buenos Aires, Argentina, one night is spent in the Port of Rio which I really appreciated as it gives a little more time to explore this really groovy area. It’s fast become a hub for cafes, museums and street artists.

As always ports, railway stations and airports are a drawcard for unsavoury mortals, who unfortunately are attracted to unwitting tourists. Always take just the bare essentials when going out, such as enough cash for a taxi to return to your hotel/ship and eateries. Leave all other valuables in your safe. Also take a business card with the address of where you are staying so the driver will know where to drop you off. Additionally, take your room key out of the little pocket folder with your room number on it, just in case you lose it allowing undesirables access to your accommodation. 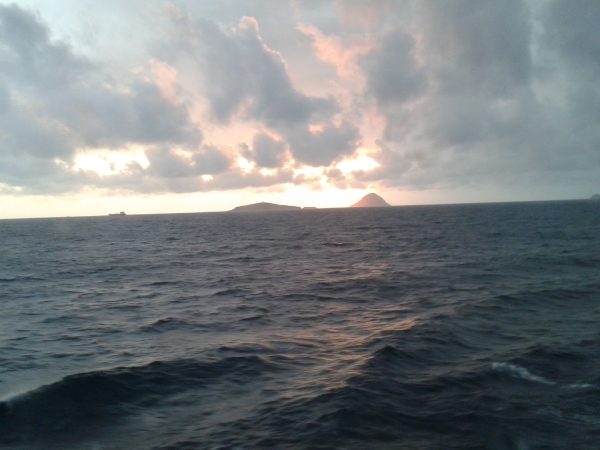 And this is just the entrée in the A La Carte La Cucina – yum! There are some dining options which do have a cover charge, but you have to treat yourself every now and again. 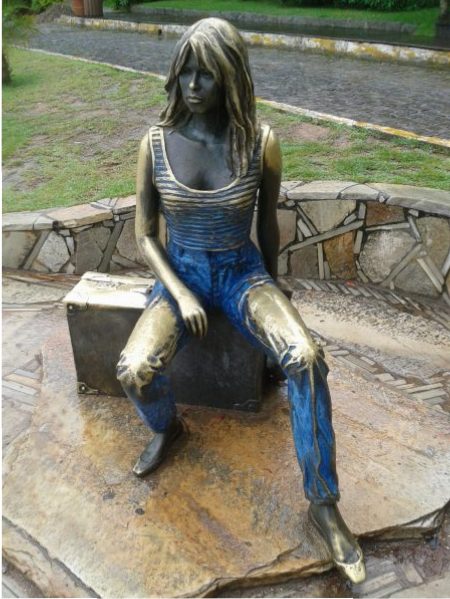 Our first stop – Buzios is a simple fishing village until the early 1960s when it was ‘discovered’ by Brigitte Bardot and her Brazilian boyfriend. 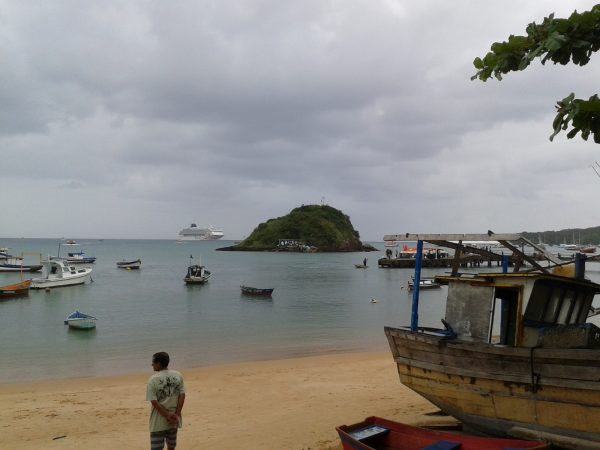 It’s now one of Brazil’s most upscale and animated seaside resorts littered with boutiques, fine restaurants and posh posaudas. 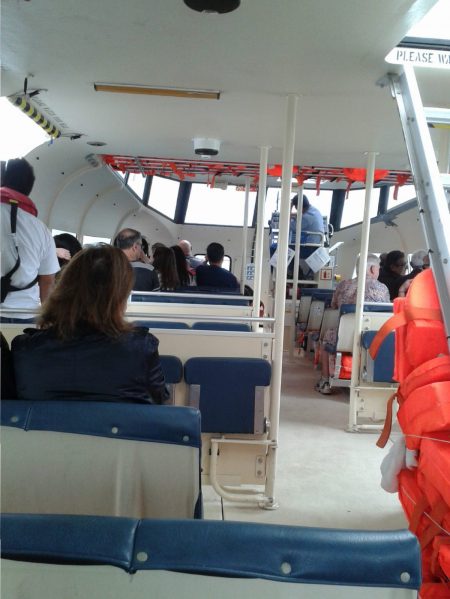 Having the tenders shuttle back and forth made an easy day because once you’ve had your coffee and shopped around, you could then go back and enjoy the activities onboard. 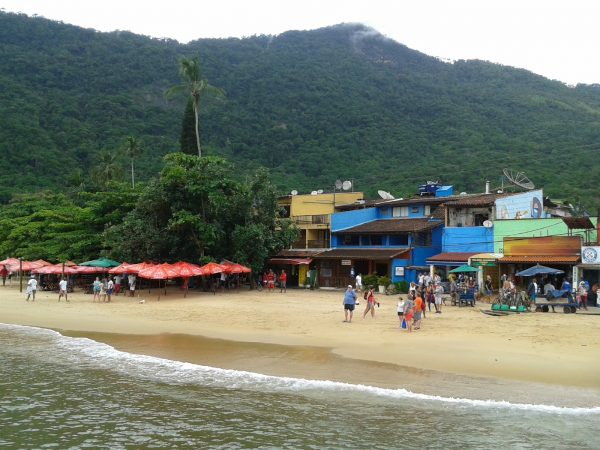 Next day the same process and a visit to Ihle Grande in Brazil allowed us to visit places along the coastline I might not have done so on a road trip. 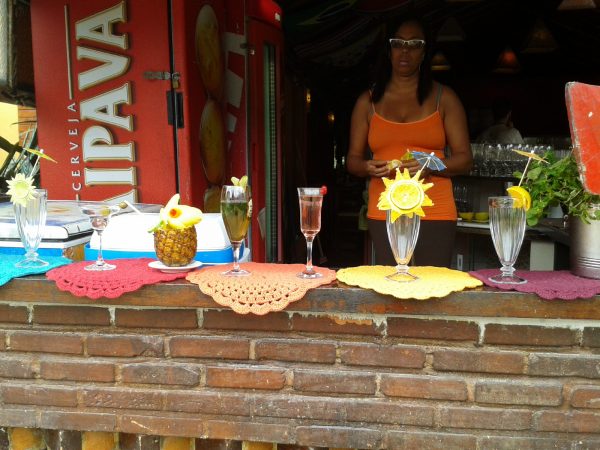 Hard decisions need to be made each day! 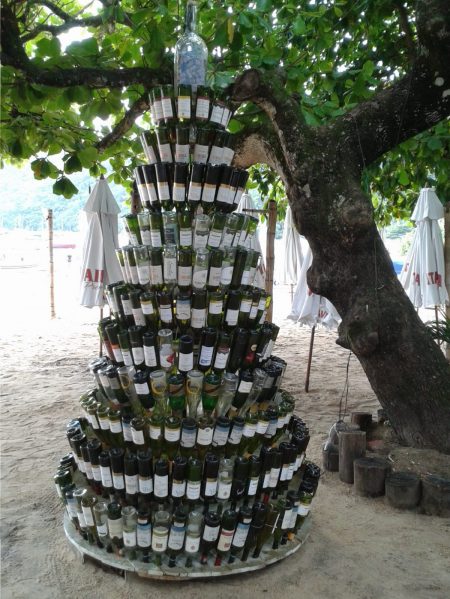 I can take a hint, but it’s a little too early for me. 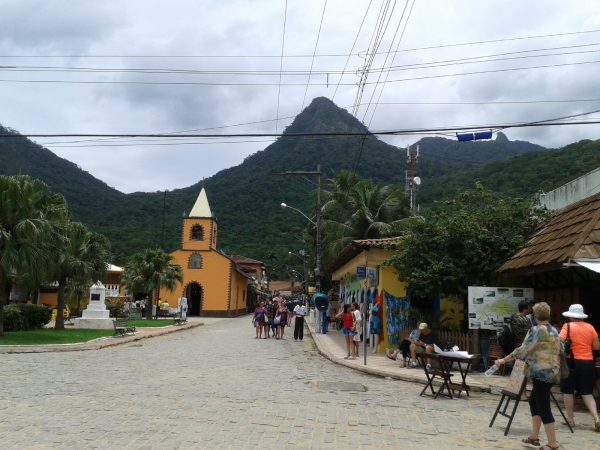 Really lovely place to visit with tourists coming from all over the globe. Ihle Grande remains largely undeveloped and for almost a century it was closed by the Brazilian government to free movement or settlement because it first housed a leper colony and then a top-security prison. 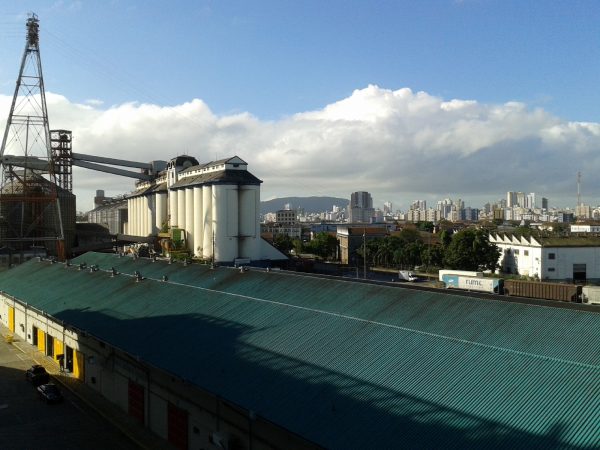 And now for our first city port whereby tenders are not needed here in the port of Santos (Sao Paulo). The Brazilian city is also home to the Coffee Museum where coffee prices were once negotiated. There is also a football memorial dedicated to the city’s greatest players which includes Pelé, who played for Santos Futebol Clube. 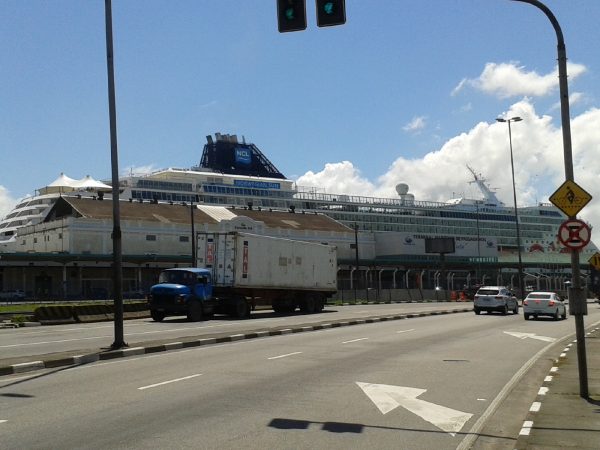 I’d recommend take a shore excursion from Norwegian Sun’s tour desk for an informative day as there’s quite a few sites to visit here. Otherwise taxis are about $10.00 USD one way into the central city area. 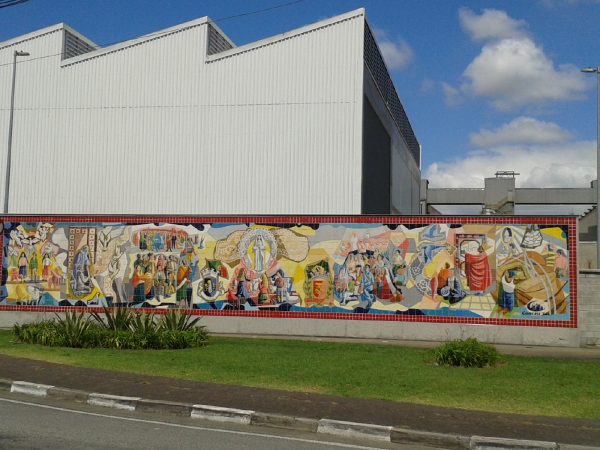 Lots of street art abound, there are buses which run into the main bus and rail Terminal and costs about $1.00 USD for a one-way ticket. 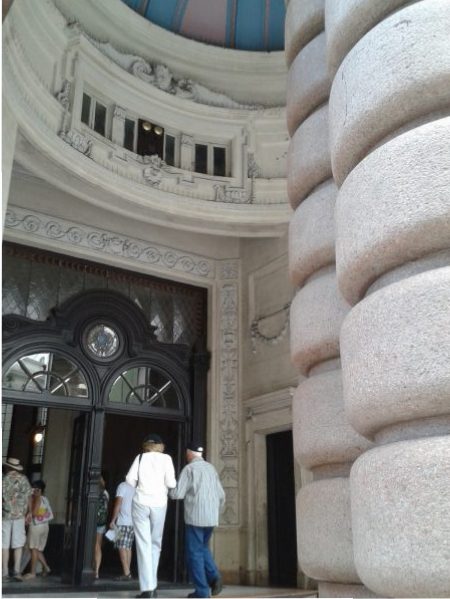 Here we are at the Coffee Museum in Santos, the architectural style and splendour houses the history and importance of coffee in the golden years of the coffee trade in Brazil and locally. 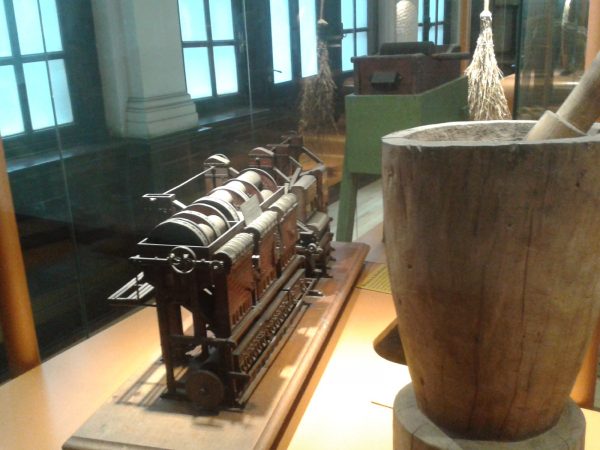 Many of the exhibits are beautifully restored and visitors can appreciate what does goes into making a great coffee – past and present. There’s also an Auction Room where it was the setting of the daily price for bags of coffee until the 1950s. 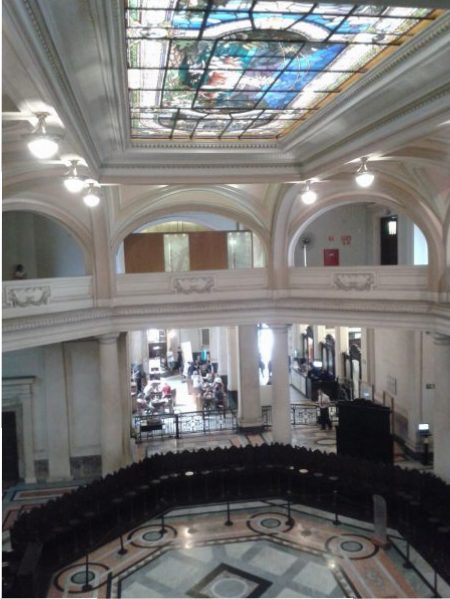 The Museu Do Café at the entrance of the building is a must if you’re a coffee aficionado and wanting to admire the collection of stained glass along with a number of paintings by Benedicto Calixto. 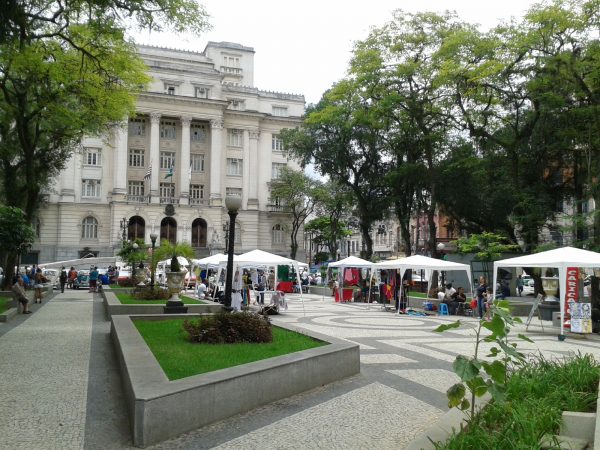 A walk around the city reveals a lively vibrant atmosphere with small markets in the centre. 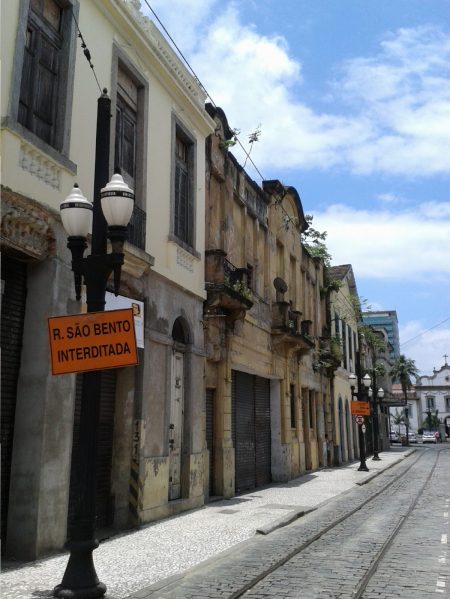 Many buildings have been kept in their original state with no evidence of modernising it by developers. 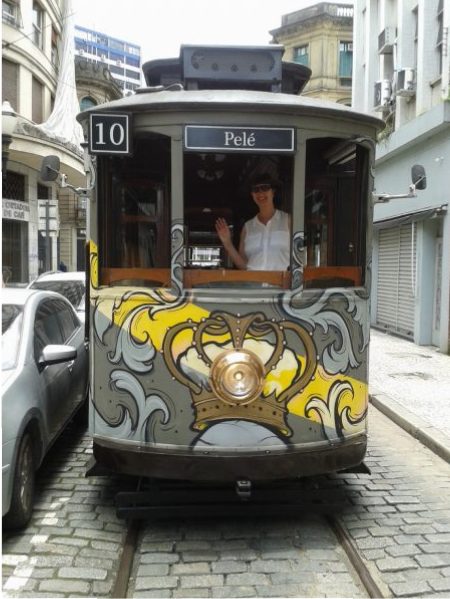 When you’re a little tired of walking, take the historic tram ride around the perimeter of the city and enjoy the local sites. 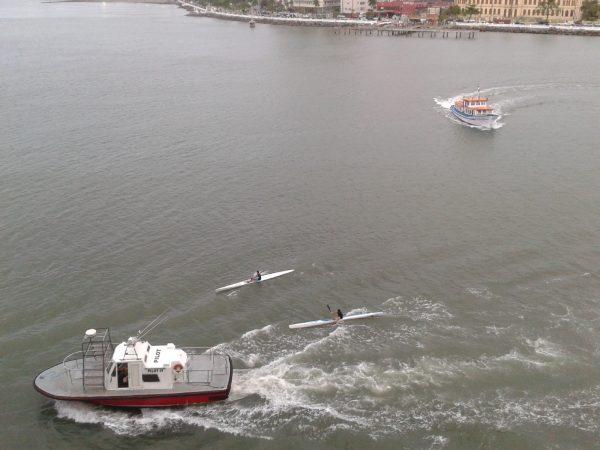 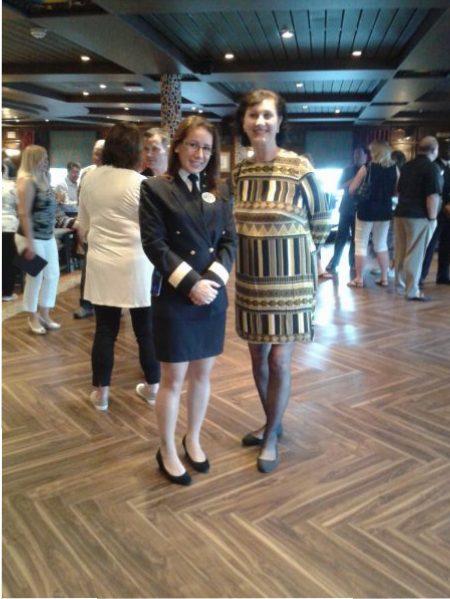 I know at the Captain’s Cocktail Party everyone wants a photo with the Captain, but on this occasion Claudia who is in charge of Customer Services is also a very important staff member to my way of thinking. Considering all guest’s needs are taken care of and issues dealt with on an immediate basis, it makes the difference between having a great cruise or a mediocre one. 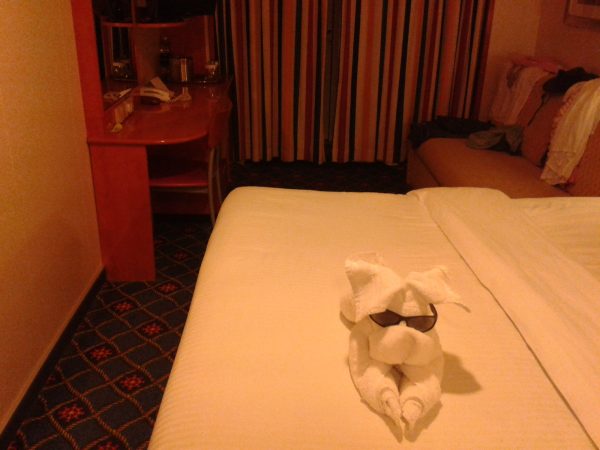 And at the end of the day, you’ll be greeted by one of these funny little animals which have taken up residence on your bed while you were out!