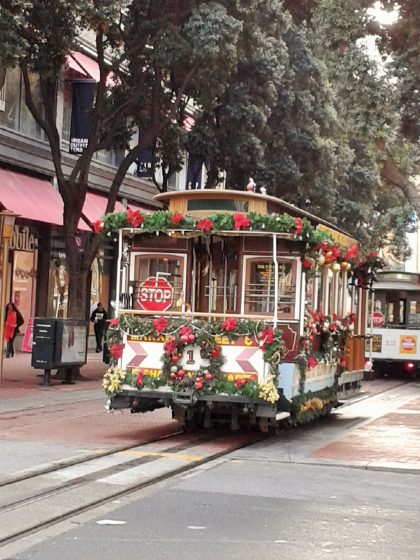 In 1964, San Francisco’s cable cars were named the first moving National Historic Landmark, and today still offer real working transportation up the steep hills. The cable cars begin their runs at 6:00 am and continue until midnight. Go early as masses of tourists rush like berserk magnets to the romantic steel on wheels.

And, if you’re going to ‘San Francisco, be sure to wear some flowers in your hair’, was the  gentle melody which catapulted singer Scott Mckenzie to international stardom in 1967.  He captured the spirit of the ’60s flower-power movement, becoming a generational touchstone and made San Francisco a bohemian love child for all to enjoy. 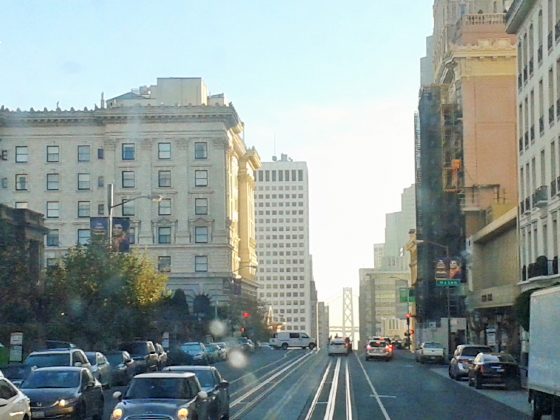 If you were like me – and I know I’m showing my age now, but, if you’d watched The Streets of San Francisco as a youngster, these scenes will not be foreign to you. Of course, all the while having been enthralled at watching the maddening chase of good guys versus the baddies; over, around and on top of very hilly serpentine-like streets whereby they caused mayhem within the city and made it compulsive TV.

Of the 23 lines established between 1873 and 1890, only three remain (one of which combines parts of two earlier lines): two routes from downtown near Union Square to Fisherman’s Wharf and a third route along California Street. Commuters can and do use the system, however tourists flock for the best views, trundling along,  riding cable cars which are pulled by a cable running below the street, held by a grip that extends from the car through a slit in the street surface between the rails. Once on top of city’s elevated peaks, you know this is a must see for all others to know about. You won’t tire of looking back at your photos … 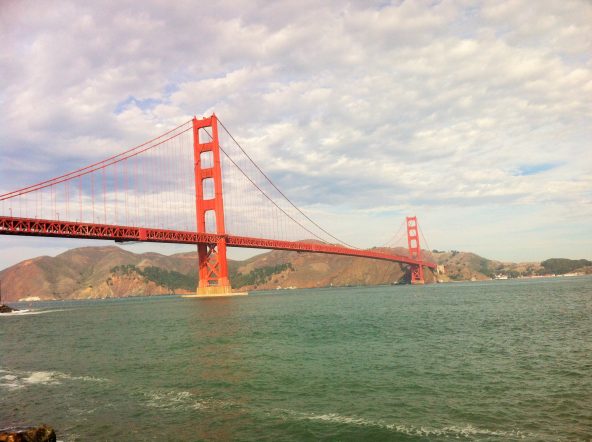 The Golden Gate Bridge’s signature colour was not intended to be permanent. The steel that arrived to build the bridge was coated in a burnt red and orange shade of primer to protect it from corrosive elements. Consulting architect Irving Morrow found that he preferred the vivid hue of the primer to more conventional paint choices such as carbon black and steel gray. The ‘international orange’ colour was not only visible in the fog, but it complemented the natural topography of the surrounding hills and contrasted well with the cool blues of the bay and the sky.

Hint: If planning to walk across the bridge, ensure you visit the washrooms beforehand. 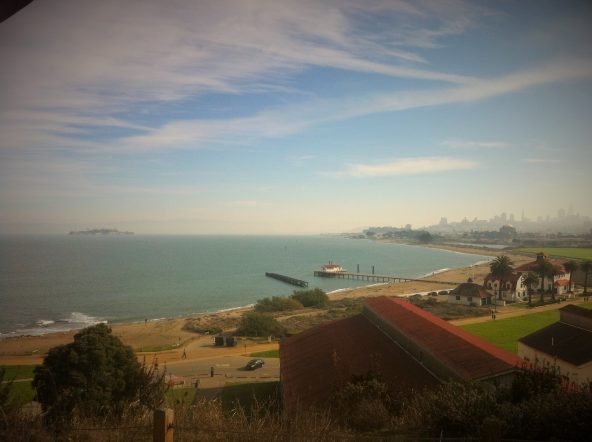 Here at The Presidio, it’s  a 1,500-acre park on a former military post which is a major outdoor recreation hub. It has forested areas, kilometres of trails, a golf course and an abundance of scenic aspects. Other highlights include grassy Crissy Field, Civil War–era Fort Point and sandy Baker Beach. Historic buildings house the Walt Disney Family Museum, eateries and businesses like Lucasfilm with its Yoda Fountain.

To the far left in the distance is Alcatraz which had been a civil war fort, a military prison and one of the most notorious federal penitentiaries in US history. A tour, either day or night is worthy of a visit and a fascination for movie buffs of Escape from Alcatraz with Clint Eastwood’s starring role. 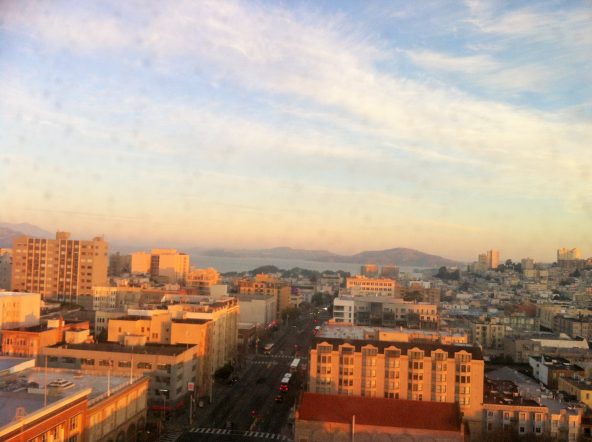 Overlooking the bay – make sure when you go out, relax at a bar or simply meet up with colleagues, make sure there’s the chance to have a heightened view of the Port of San Francisco. As the sun sets, it makes for a golden hue over the sun-drenched buildings which lasts and just lasts … 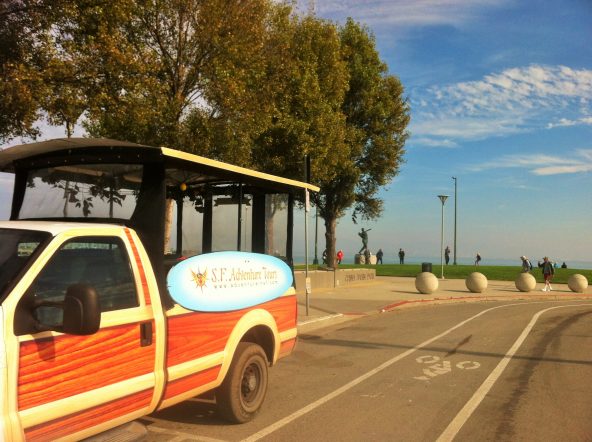 S.F. Adventure Tours offers something a little different to the normal hop-on, hop-off bus route with a more intimate association with your new-found international travelling buddies – that is, in the back of a ute-like vehicle. You’ll be pleasantly surprised at the ease of ‘getting around’ in a somewhat smaller transportation option; seeing a mix of lesser known places along with the regular tourist spots. 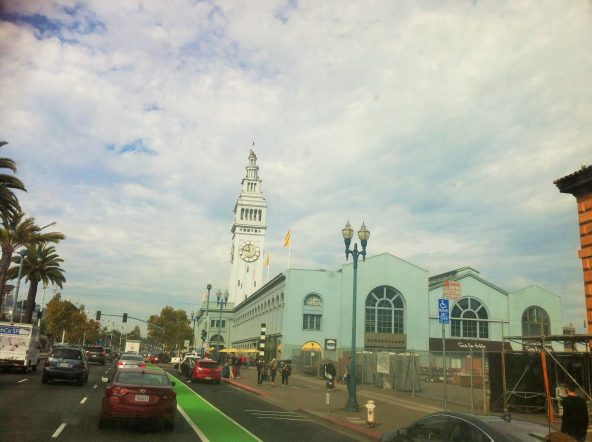 Fisherman’s Wharf – a must see and you’ll need more time here if you’re a shopper and lover of great food choices. Clam chowder has to be one of the favourites for locals and visitors alike. 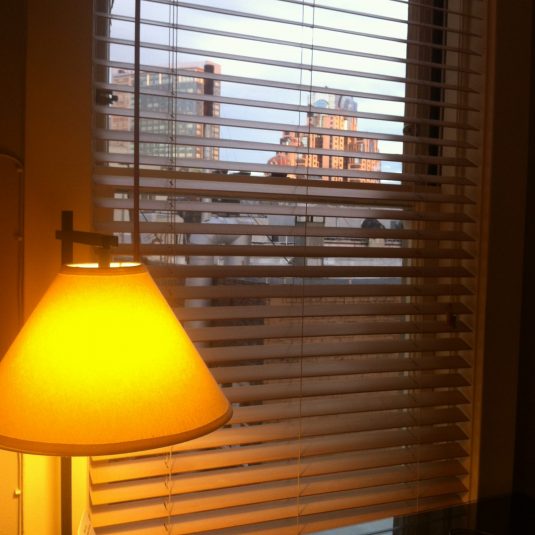 Stay in the city around Union Square if you can. Why? Because it’s the happening place to be … Cable Cars, shopping and lively entertainment with an artistic blend of multinationals makes it an interesting area – especially if you love to ‘people watch’.

At the Handlery Hotel, I can see the Macy’s sign through the shades and it’s calling my name. 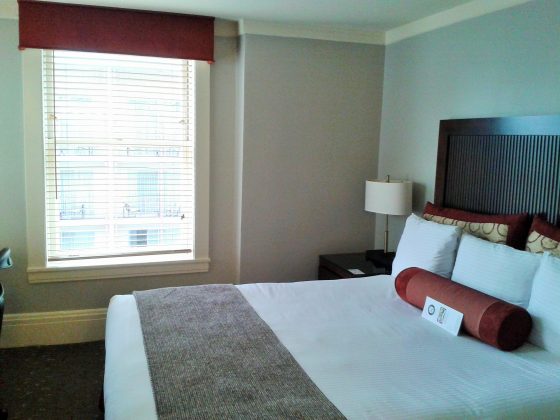 One part of a Travel Agent’s job description is to make sure they attend hotel inspections wherever possible. I’ve know the Handlery Hotel is centrally located for a very long time. How? The President, Mr Jon Handlery has been coming to Australia for the USA Roadshows for over 30 years now and we have been well briefed by him of its location and facilities. A multimillion dollar renovation to this hotel will be done at the end of March of 2018.

But, one really important thing about having a stay here is that, on the back of your room key, it gives you a 10% discount on Macy’s purchases. And, when Macy’s vouchers (given to international travellers) do not work on say, Black Friday sales days, this one still does! Yay! 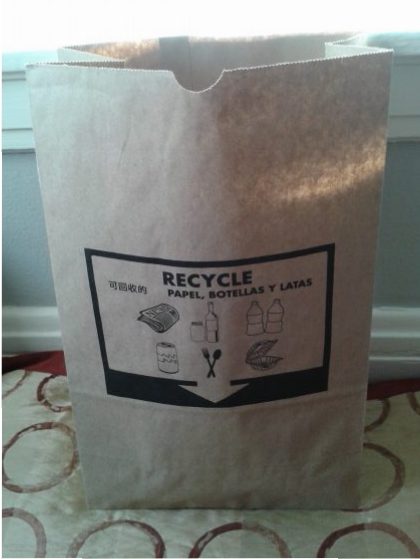 Recycling at the Handlery Hotel is one of the big plusses of an independent hotel – it’s no longer just about the comfy bed, or importantly, the big bright lights so you can actually see yourself putting on make up! Being a family-owned hotel, they understand the customer these days and what they want in terms of satisfying ongoing environmental concerns; especially as the tourism industry plays a huge role in trying to educate the traveller about such matters. Hope to see more of these processes from other hotel chains in the future. 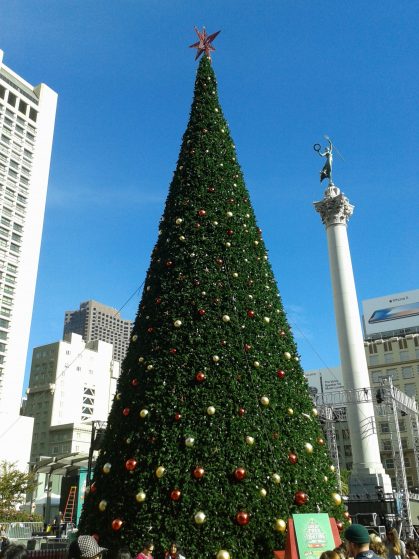 If you happen to be in town for the Christmas festivities, you won’t be disappointed with the decorations and atmosphere, especially here in Union Square. 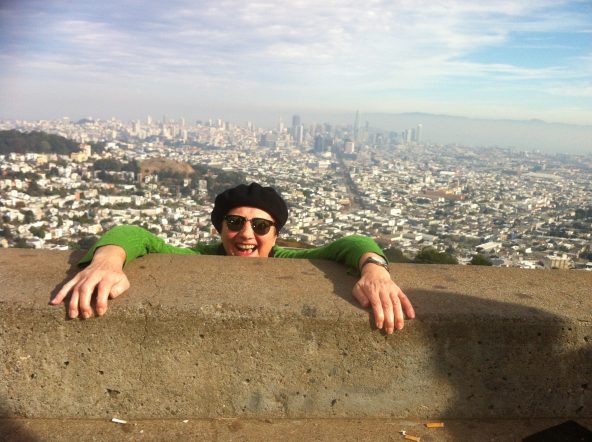 Black Friday Sales, yes I survived … Out with the old and into my case with the new! 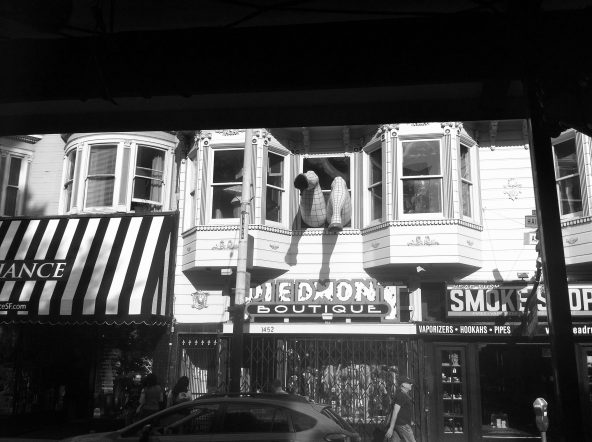 The foundation of America’s counter-culture, the Haight was Ground Zero during the summer of 1967, The Summer of Love’s baby is now well over 50 years old.

Hippies and Flower Power evolved here, but at some point the Jefferson Airplane moved out.  At famous Hippie Hill,  you’ll either love or loathe it, depending on your feelings about drum circles and wheat-free pot brownies. Look for Haight Ashbury for a truly beatnik experience whilst enjoying a café latte … 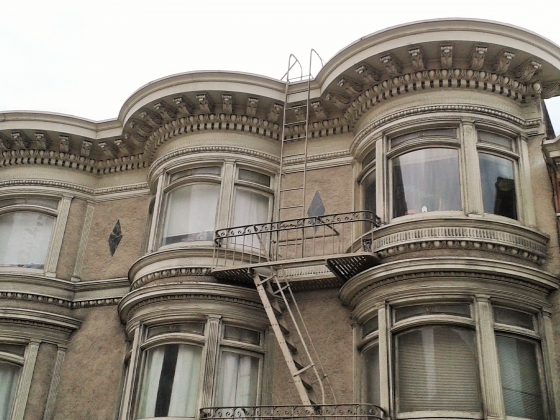 Architecture to entice the more affluent yuppies moved in, buying up all the colourful Victorian homes throughout Haight-Ashbury bohemia movement. They’ve been replaced with shops advocating high-end boutiques, chic restaurants and hip cafés. 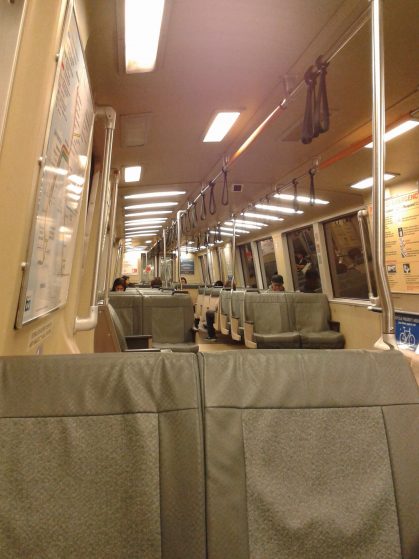 Going to the airport, the BART train  system trains arrive at the SFO International Terminal every 15 minutes and it’s just 30 minutes from downtown San Francisco. A one-way ticket from SFO Airport to downtown or vice versa is USD$9.65 and inside each station is a machine to make a purchase with cash or card.

The BART station within the International Terminal, you’ll find there’s a connecting free train which runs continuously between the domestic and international terminals. Both terminals have undergone massive reconstruction with a ten-year long-term plan in place. The transformation of this airport from my last visit ten years ago, is incredible to say the least!

Hint: Be aware the ticket machine does not give change, so try to use as close to the amount as needed if only using it once. However, the residual value is kept on the card as a credit. See the quick guide to help you find your closest station going to/from the airport. 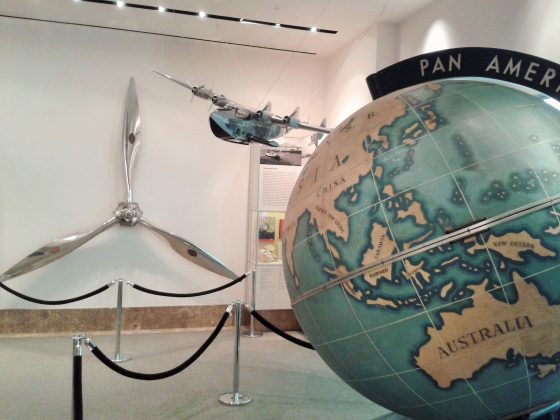 The Airport Museum at SFO International is a plane spotter’s dream and I highly recommend you visit it. And, you will have time, because the check in and state-of-the-art facilities now will make your experience so much faster than what I remember all those years ago as a visitor.

No guesses where I’m heading to from this worldly exhibition and with about 15 hours flying time to go, it’s time to try and relax. If you are worried about being on such a long flight you can always find an airline which has island stops along the way within the South Pacific.