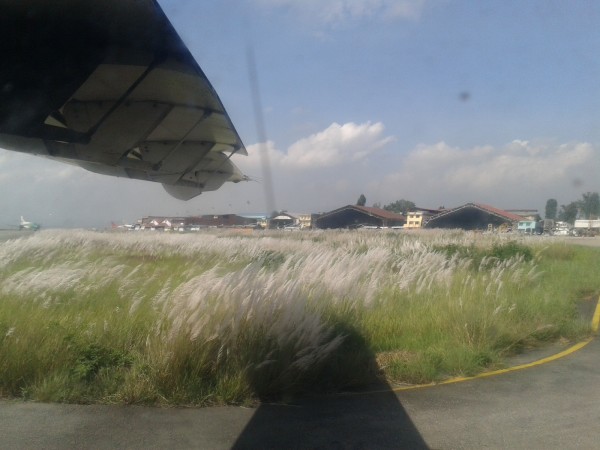 Ready, set, go and we’re off now to Chitwan National Park in the southern region of Nepal. It’s a quick flight of about 40 minutes or so to Pokhara and then a bus transfer to our resort. 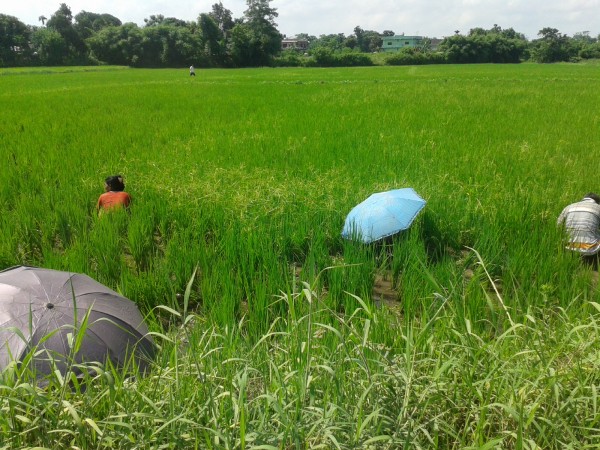 The region is quite flat and perhaps, naturally you’d think all of Nepal is of mountainous terrain and needing to be climbed somehow! But, here in the south, seemingly endless fields are sown with the staple diet of rice. In altitude it ranges from about 100 metres (330 ft) in the river valleys to 815 metres (2,674 ft) in the Churia Hills. 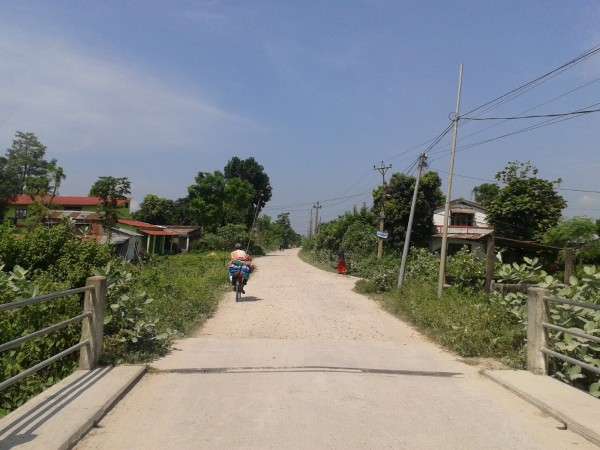 It’s a bit of a bumpy ride to the Lodgings, but no one’s complaining – just enjoying really warm weather of late August as it’s freezing back home. 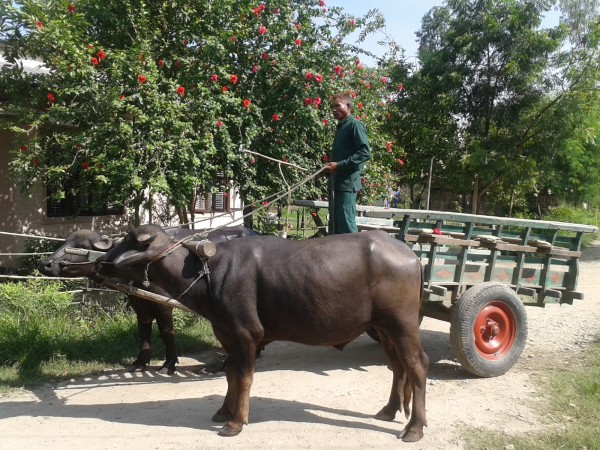 We did enjoy a ride by way of buffalo and cart later on and there’s quite a number of them around. 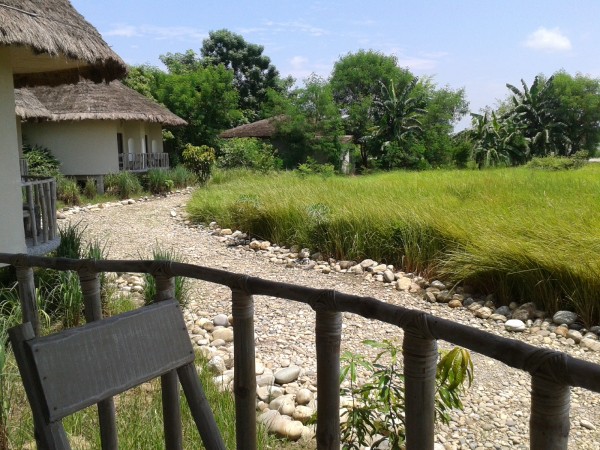 Our lodging for two nights is at the Barahi Jungle Lodge whereby free-standing ‘huts’ give privacy to the guests and a sense of intimacy. 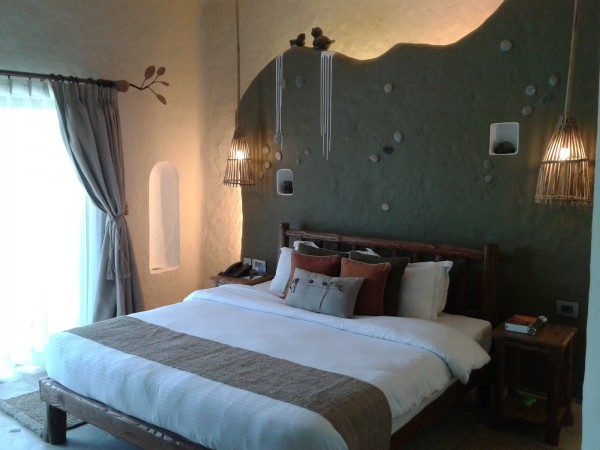 Beautifully presented, clean and smart, all accommodations types are air conditioned and offer superb views  of the river and the natural surrounds.  And this being the lead-in category, everyone’s very happy with the choice made by Crooked Compass. 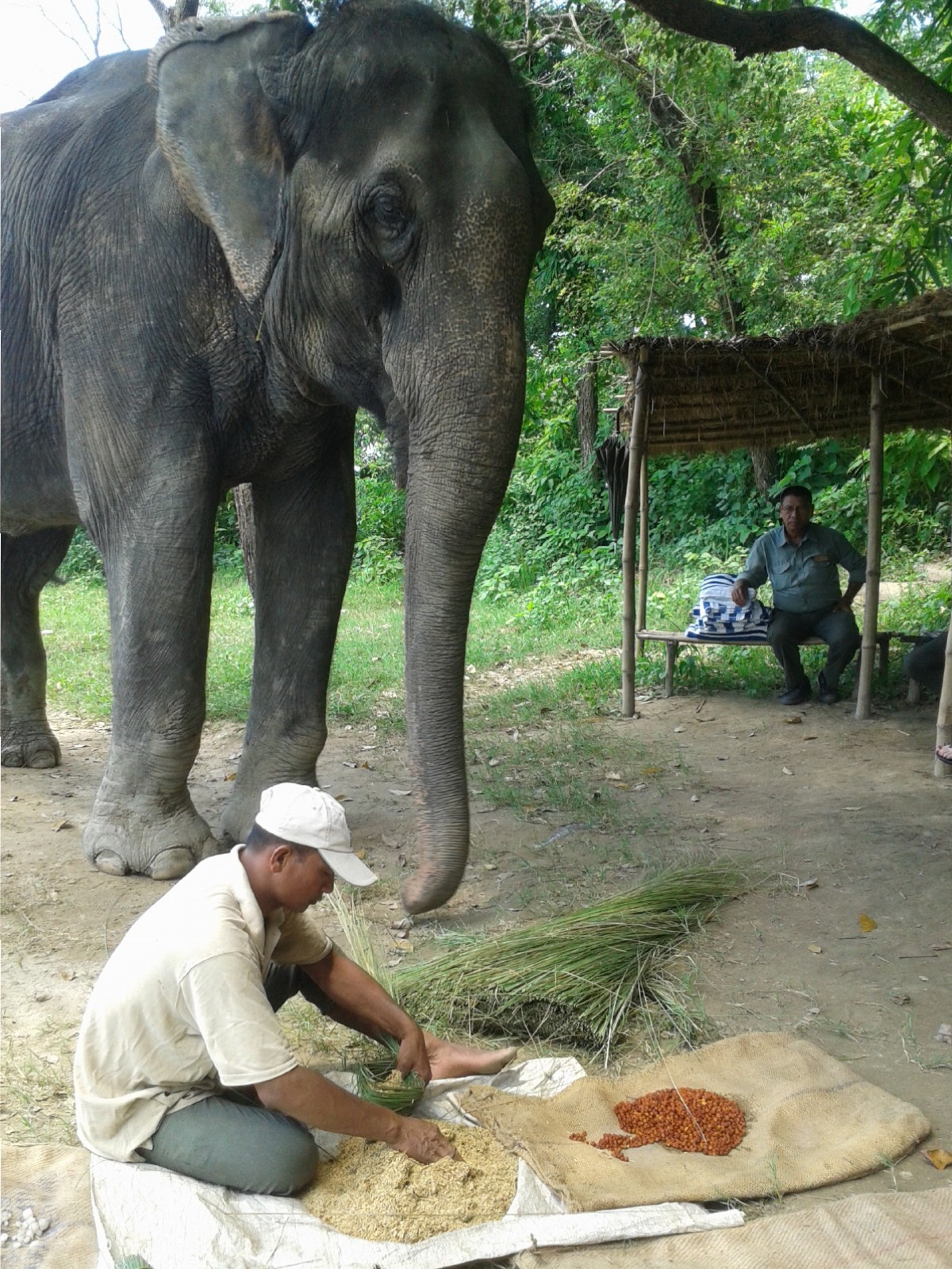 One of the highlights of the day is seeing Rani being fed a snack by her Mahout. He will care for an elephant and be their trainer, rider and keeper after he is assigned one chosen early in its life. They remain bonded to each other throughout their lives. 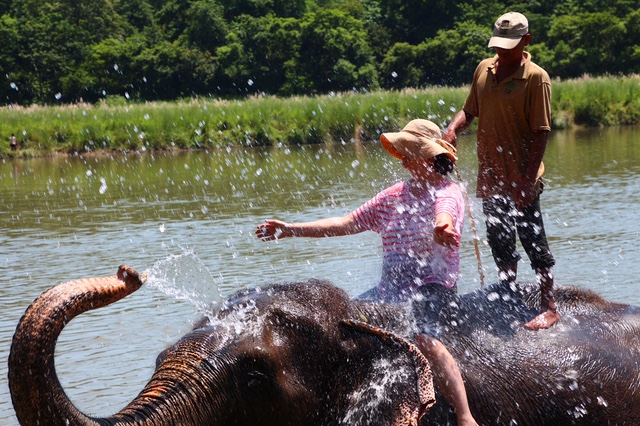 Why bother having a shower when you arrive, we’ve all taken off to the river with the elephants and their handlers. 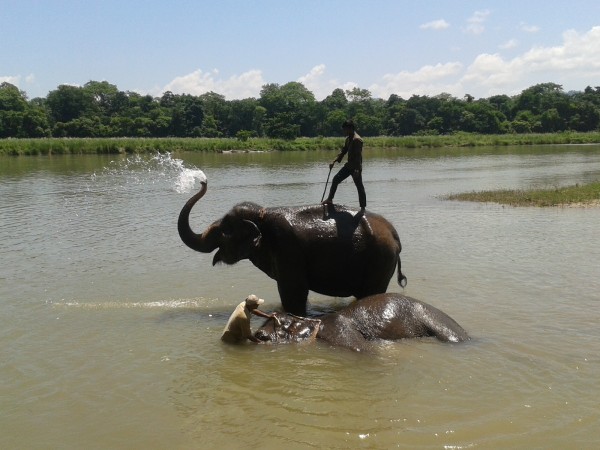 In turn, the big fellas are been given a scrub down and readied for our safari later in the day. 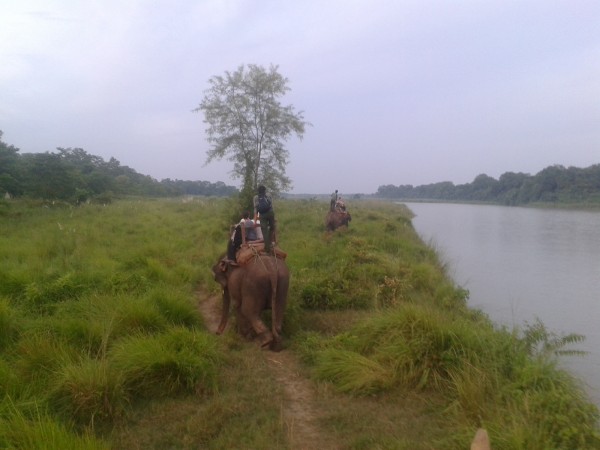 After a snack and wash, we’re now part of the elephant safari alongside the river’s edge. If you’re seeking a less expensive alternative to Africa’s safaris and packages, without doubt you might want to consider Nepal as an option – especially Chitwan National Park being part of the ‘Soul of Nepal’ tour. 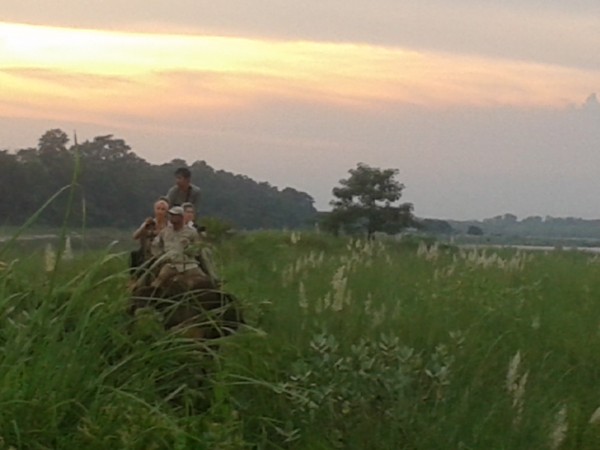 The cooler afternoon made for some great photos as the light was constantly changing with some rhinos being spotted. 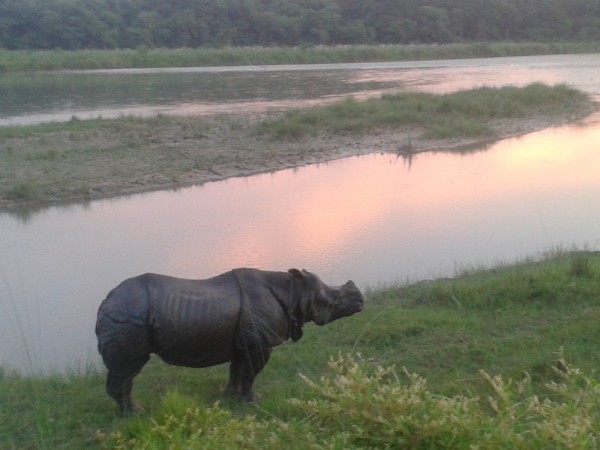 This old boy is used to the elephants coming near and it seems to be a rite of passage to let us go along our way and continue sightseeing.

By the end of the 1960s, 70% of Chitwan’s jungles were cleared using DDT, thousands of people had settled there and only 95 rhinos remained. The dramatic decline of the rhino population and the extent of poaching prompted the government to institute the Gaida Gasti – a rhino reconnaissance patrol of 130 armed men and a network of guard posts all over Chitwan. To prevent the extinction of rhinos the Chitwan National Park was gazetted in December 1970, with borders delineated the following year and established in 1973, initially encompassing an area of 544 km2 (210 sq miles). 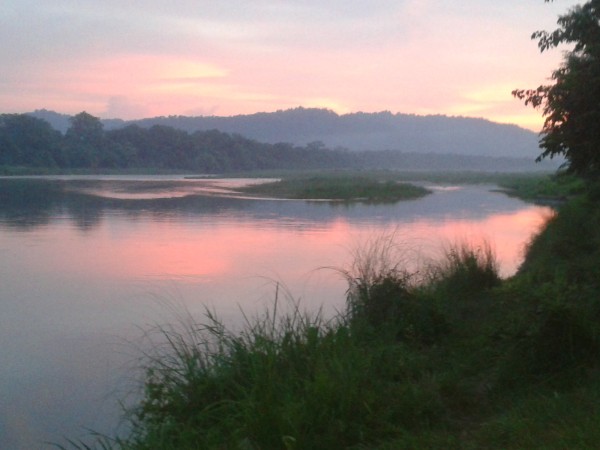 Sunsets are just stunning here and it’s been a full day but, so worth every minute to see and experience this place first hand. 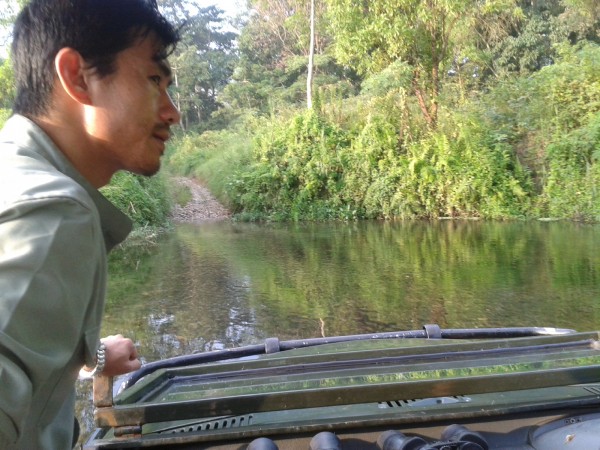 Next day out, we’re taken by one of the Lodge’s own guides to show us a small part around the huge 360 square miles of tall grasslands and forestation whereby it’s home to an abundance of mammals and birdlife, some of which are endangered species. 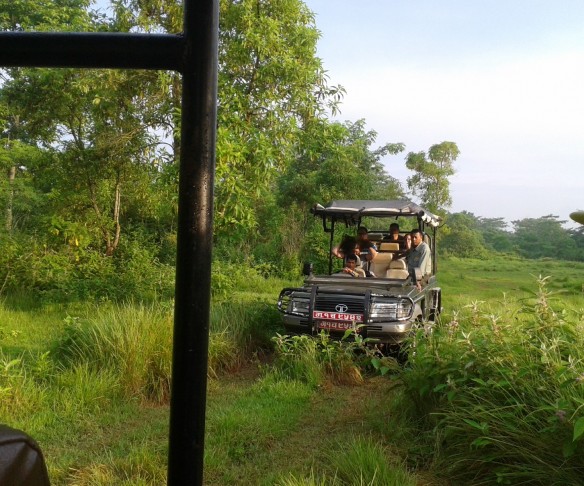 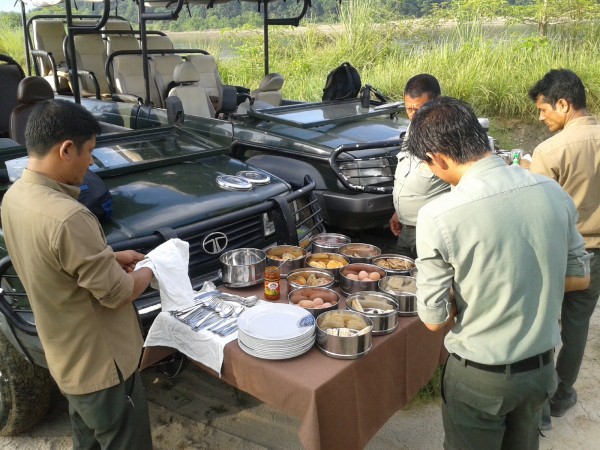 I can’t think of anything better than having men make breakfast, somewhere out there in the wilderness – just like nature intended – on the banks of two rivers meeting for us to enjoy watching its ebb and flow. And these guys doing some preparation for our yummy meal. 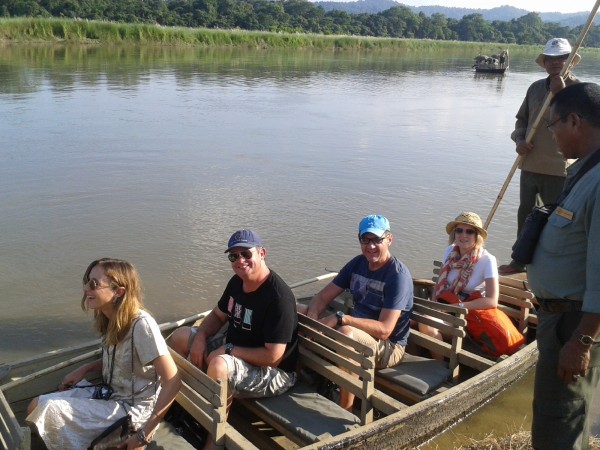 Next day we’re all up early and off to the other side of the river for a walking trek through the forest. Here with Nina, Brownie, Tom and Lisa without our morning coffee fix,  but that’s all been taken care of when we return … 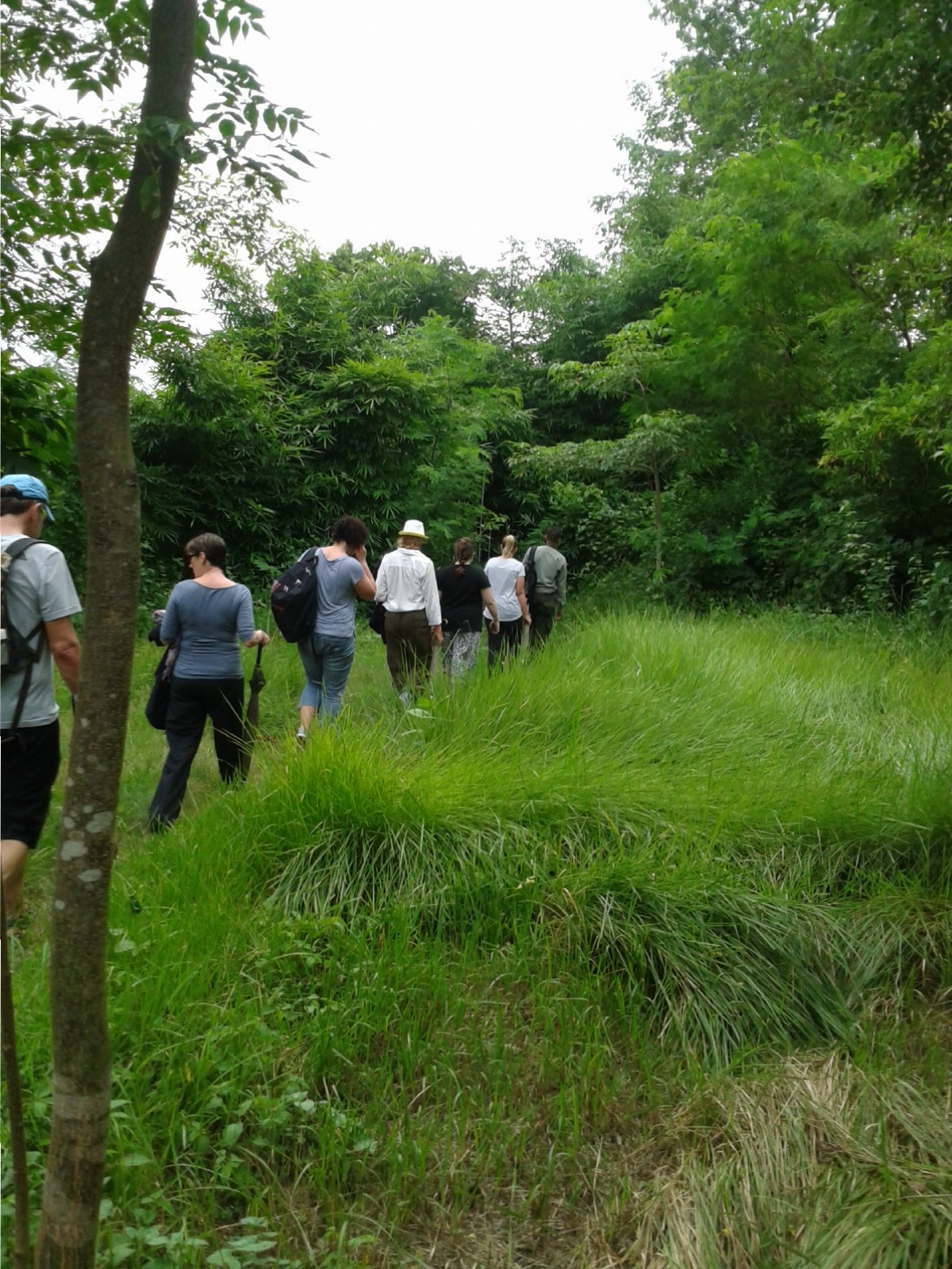 Trekking through the forest which is one of Asia’s premier wildlife reserves, we’re taking in an early morning of fresh air and uninterrupted views of this delightful park’s surroundings. 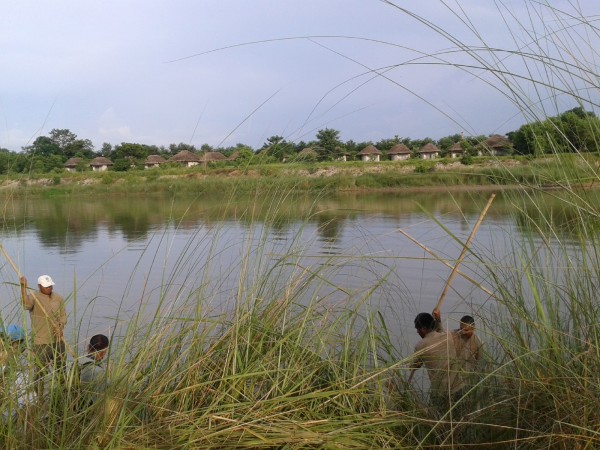 Heading back to our canoe with the resort shown in the distance, we’ll have our breakfast there ready for us. 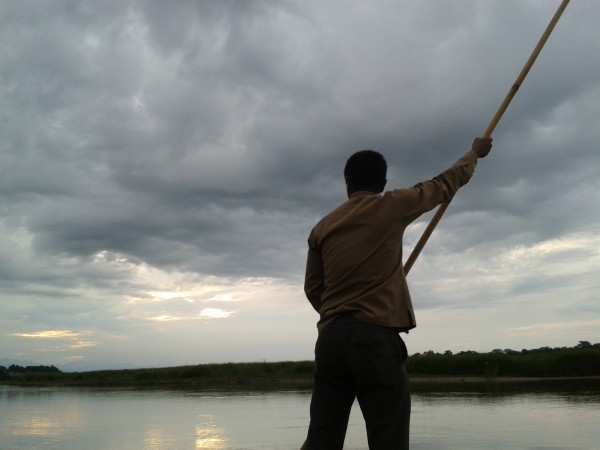 However, later in the day we had the privilege of canoeing on the Narayani-Rapti river system. Perfect scenery for quiet reflection and diversion of life’s everyday hustle and bustle. 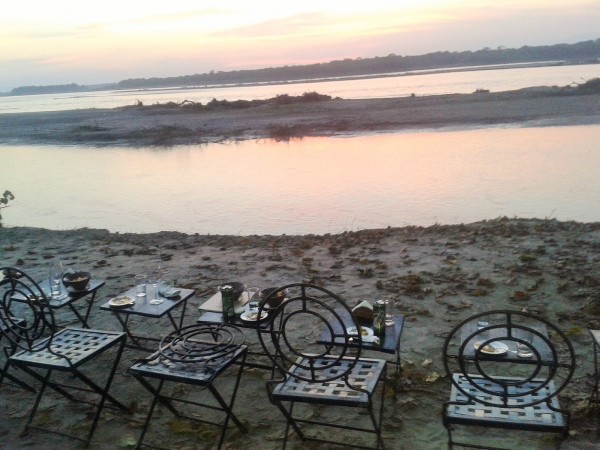 And with that, we’ll have some canapés and drinks on the river’s edge watching the sun set for another day in this superb location.

Next day we head onto Panauti after a flight back to Kathmandu. Could’ve stayed here much longer and absorbed the natural settings of a prized and protected national park. Simply delightful.