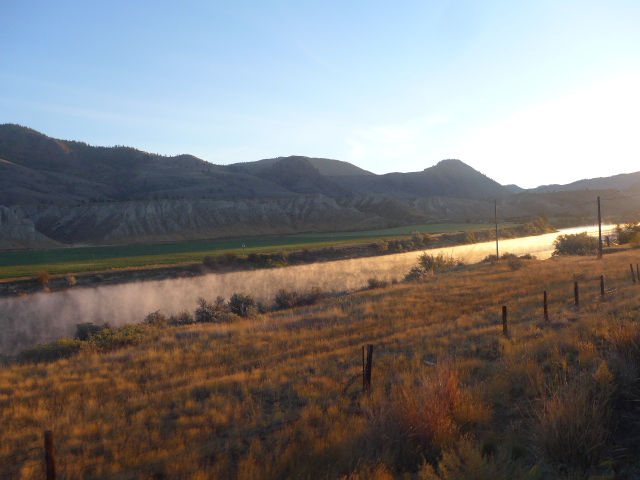 Another early start from Kamloops and the water’s vapour is just waking up as well. 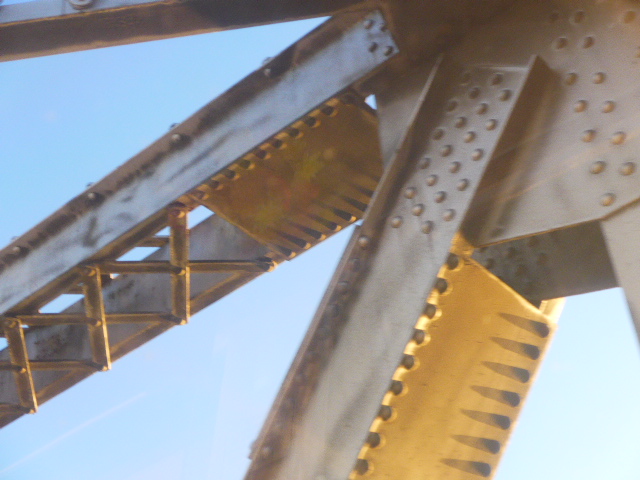 Have quite a few more bridges to cross yet and heading onto Banff which is another 309 miles. 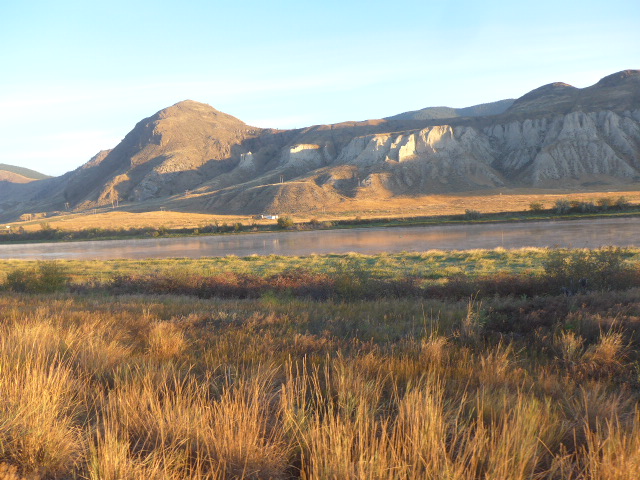 A full day on the train is fine by me with these kinds of views.

Keen fishermen and the water is crystal clear. Great time of the year as it’s not yet really cold for September and this is the last Coastal Passage journey for 2015. 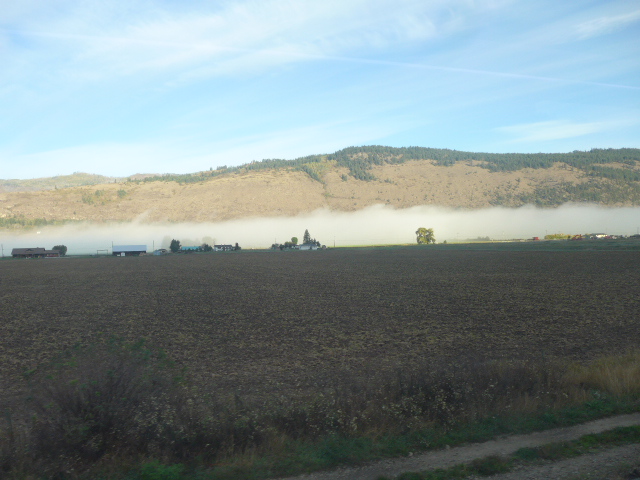 Little bit foggy but the air is fresh and crisp with gentle hills along the South Thompson River. The countryside is more arid here, rocky and sandy with fewer trees. 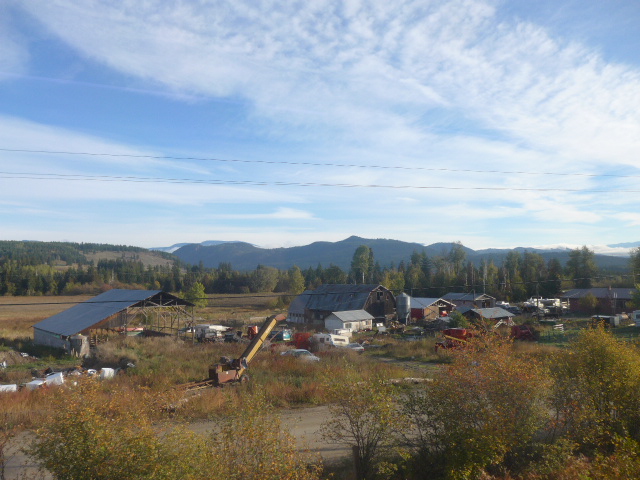 We pass a lot of small townships and farming is the main industry of the area. 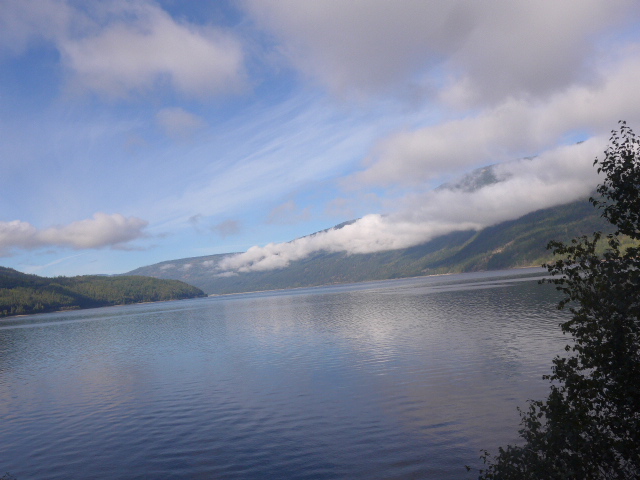 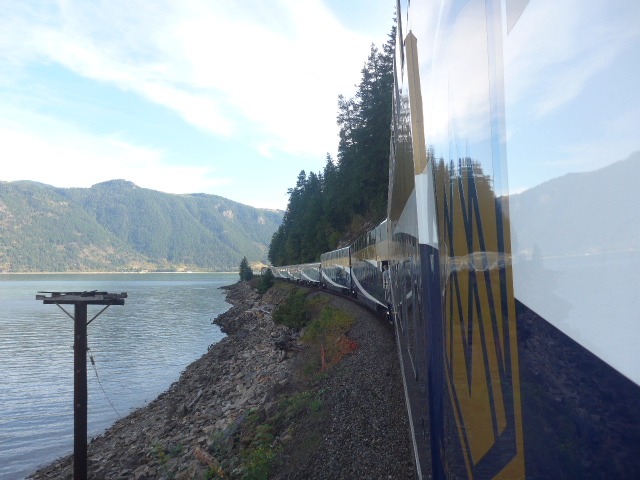 Starting to see a lot more fresh water lakes as we track around the edges of many and in particular Lakes Shuswap and Mara. 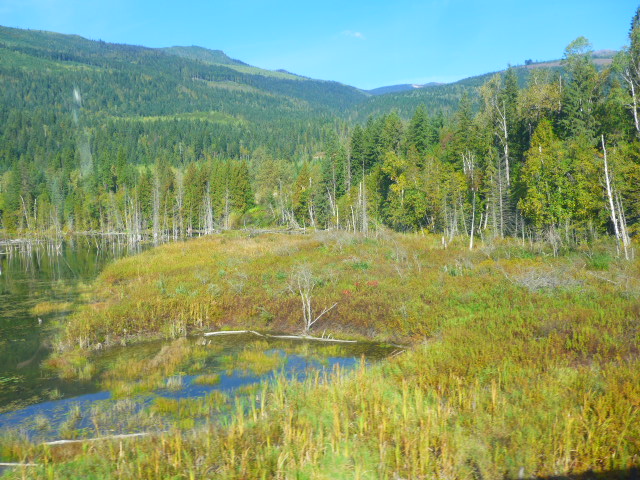 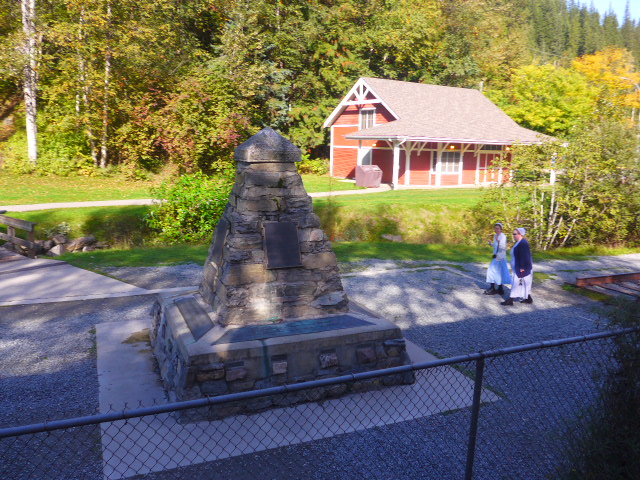 The train passes Craigellachie, whereby on 7 November 1885 the last ceremonial rail spike was driven in, completing the Canadian Pacific Railway and linking Montreal to Vancouver by rail. There’s a monument and small museum by the tracks for visitors. 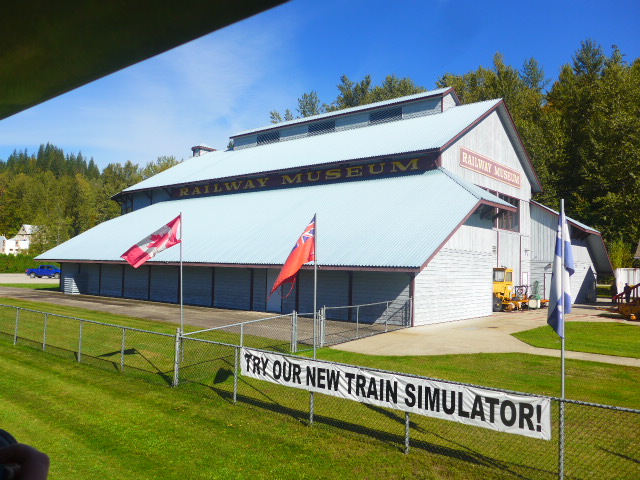 Love to, but we’re currently experiencing one of the best trains! 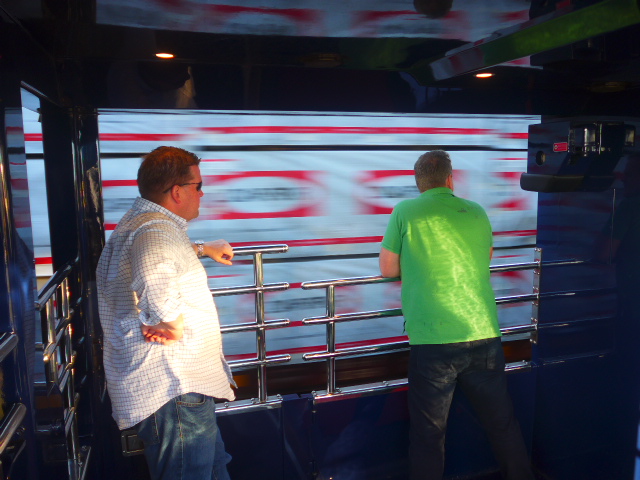 Freight trains take precedence on the tracks and on odd occasions we need to stop along the way for them to pass. 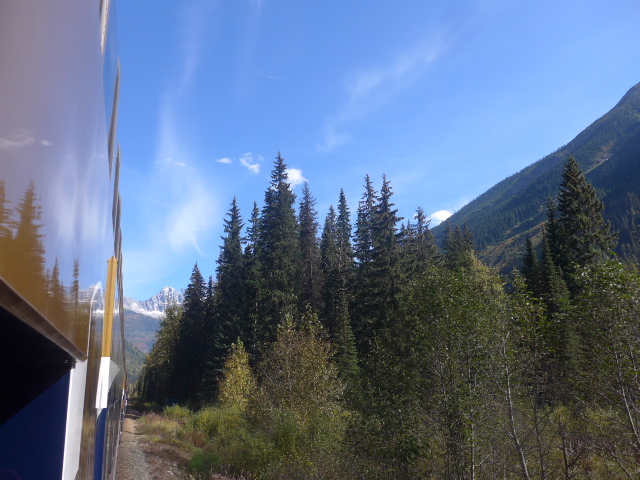 Noticeably starting to climb into the mountainous regions. 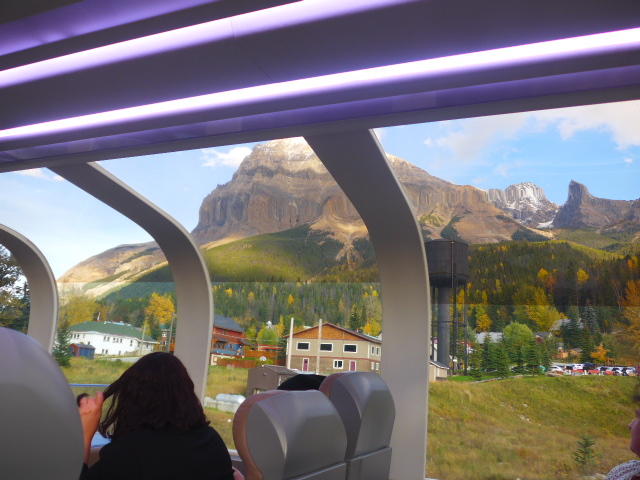 The glass dome in Gold Leaf allows viewing at all angles and is tinted to reduce any glare. 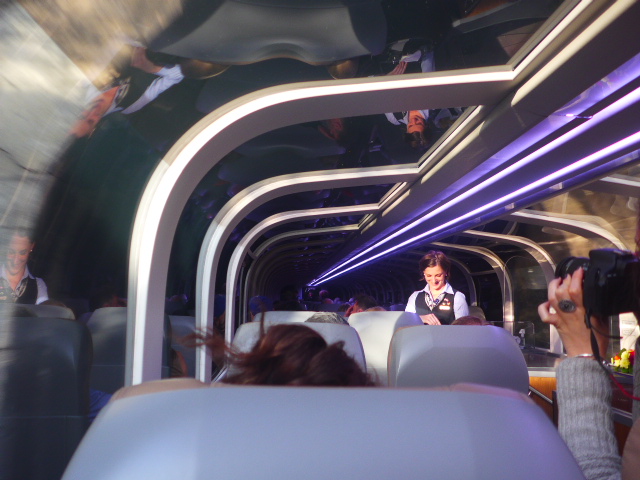 Mmmm, must be time to eat again and we’re passing through some long tunnels. Sophie’s taking good care of us and as an Aussie, she still speaks ‘the lingo’ well after being abroad for a while. 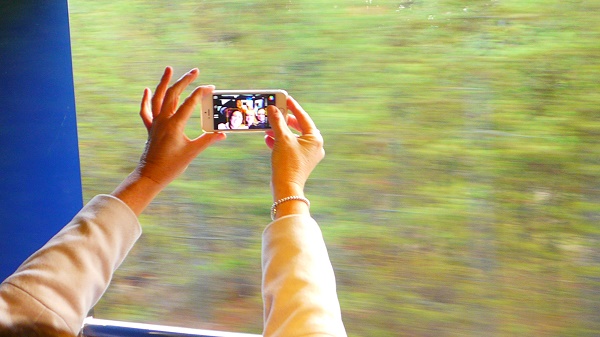 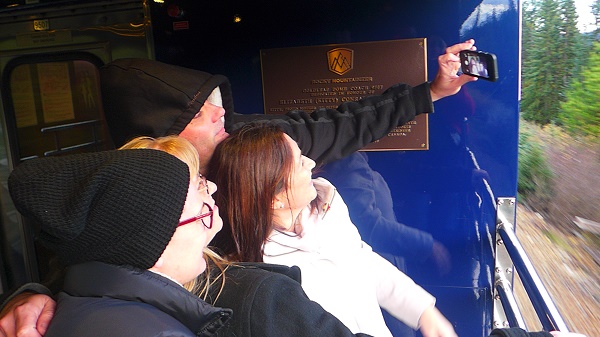 Always seem to meet up with a great lot of people on trains and this one was no exception. 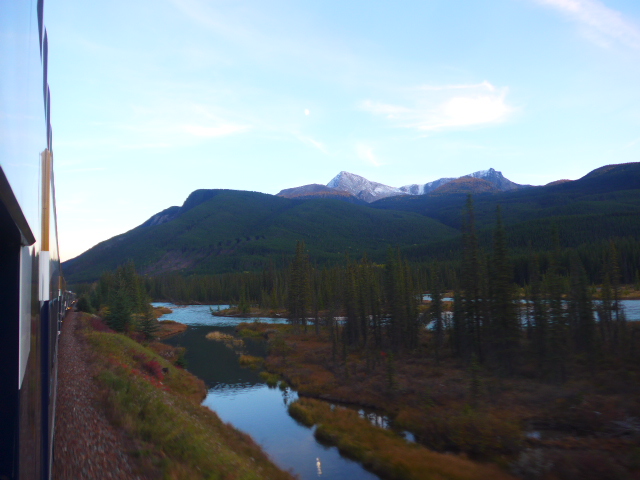 Heading into Banff after a full day travelling, eating, drinking, filming and chatting. 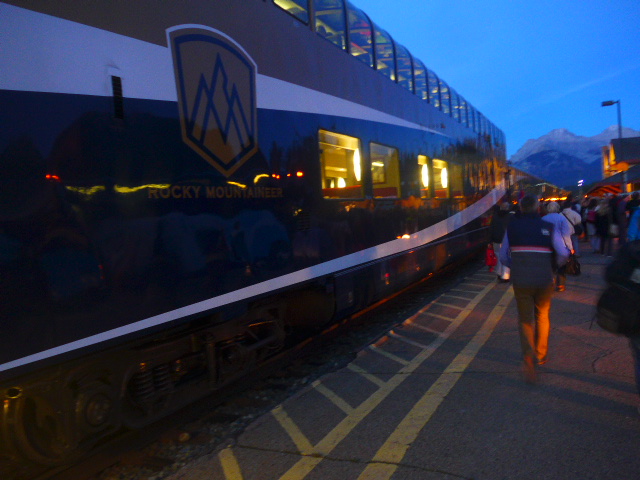 Our last day on the train and really sad to farewell The Rocky Mountaineer at Banff. However, there’s always next year with the season commencing in May through to October, 2016.