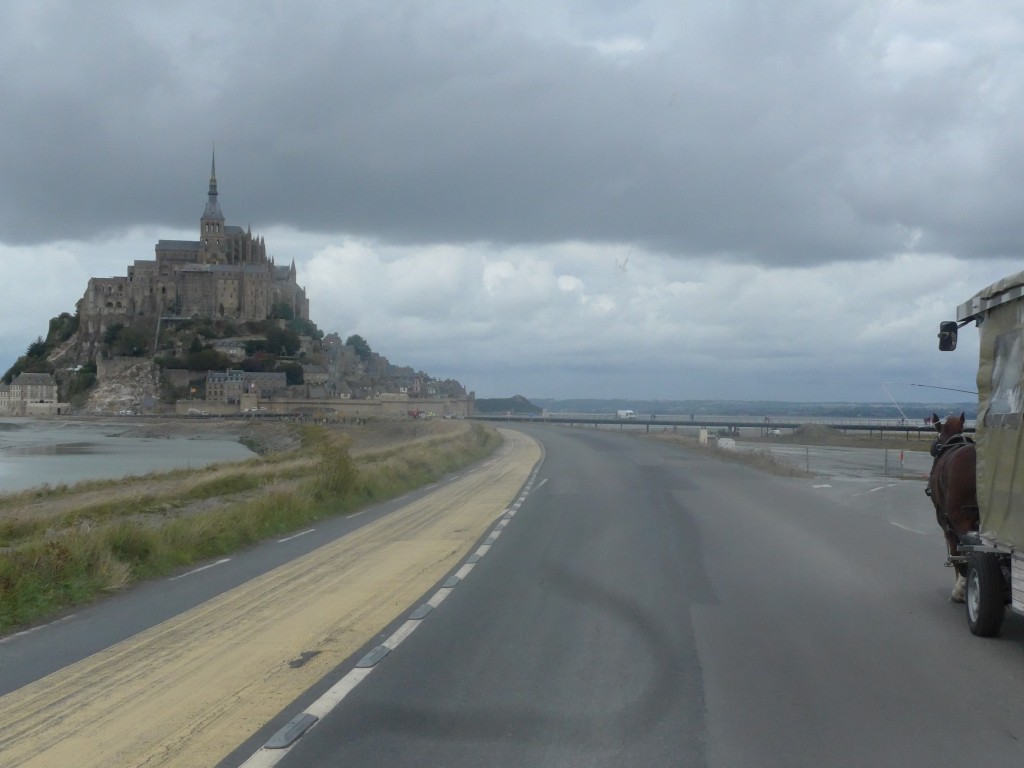 Upon my first sighting of Mont St-Michel, I thought I was still looking at a postcard. 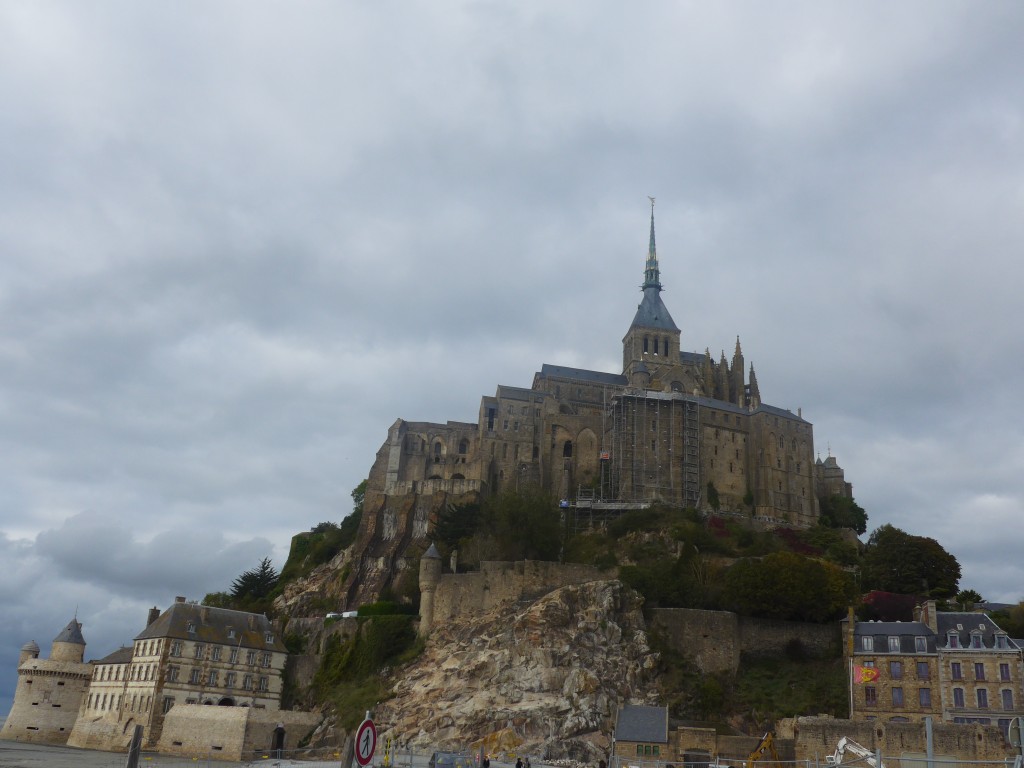 It is believed that Aubert, Bishop of d’Avranches founded a sanctuary on Mont-Tombe after three successive appearances by the Archangel Michael. Consecrated in 709, the church has attracted both the curious and pilgrim from all over the world ever since. 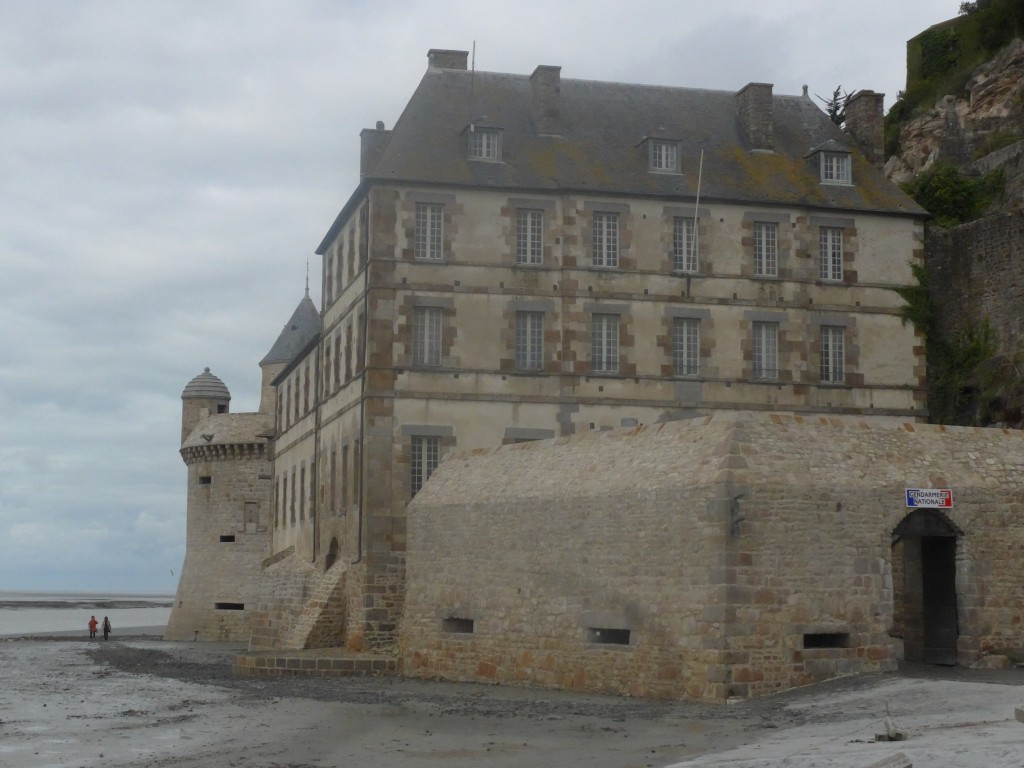 After having been made into a prison from the time of the French Revolution up until the time of the Second Empire, the Abbey became the responsibility of the Historical Monuments Department in 1874. Since 1969 the Abbey has been home to a monastic community, ensuring the continuation of a spiritual presence. 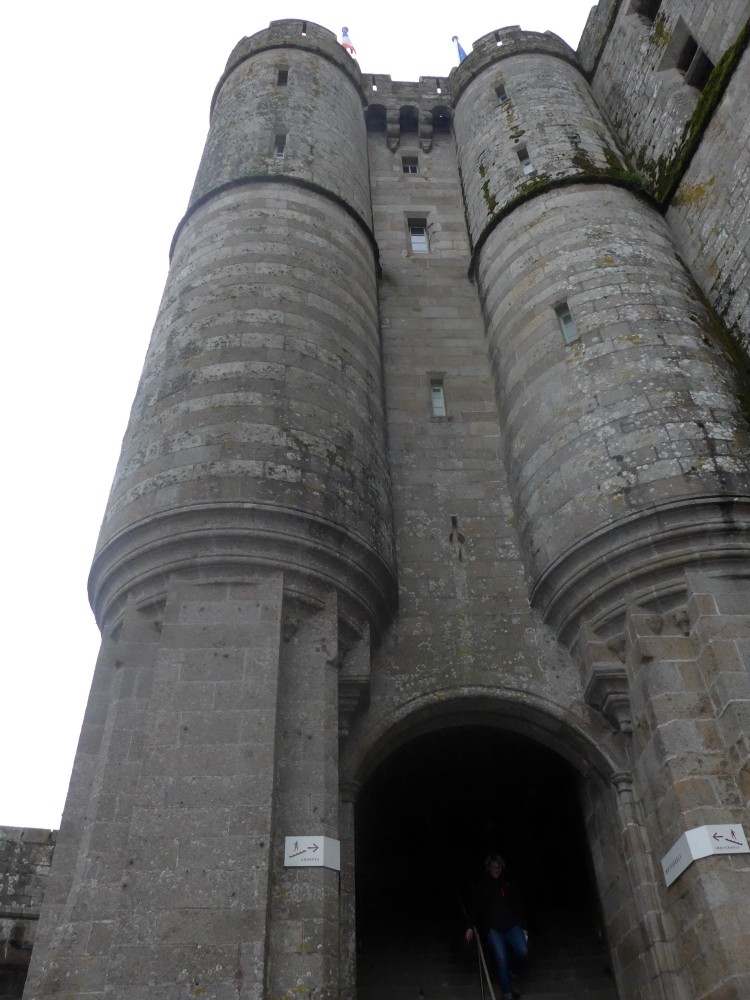 The different stages of its construction have created a unique architectural ensemble which was classified as a World Heritage Site by Unesco in 1979. 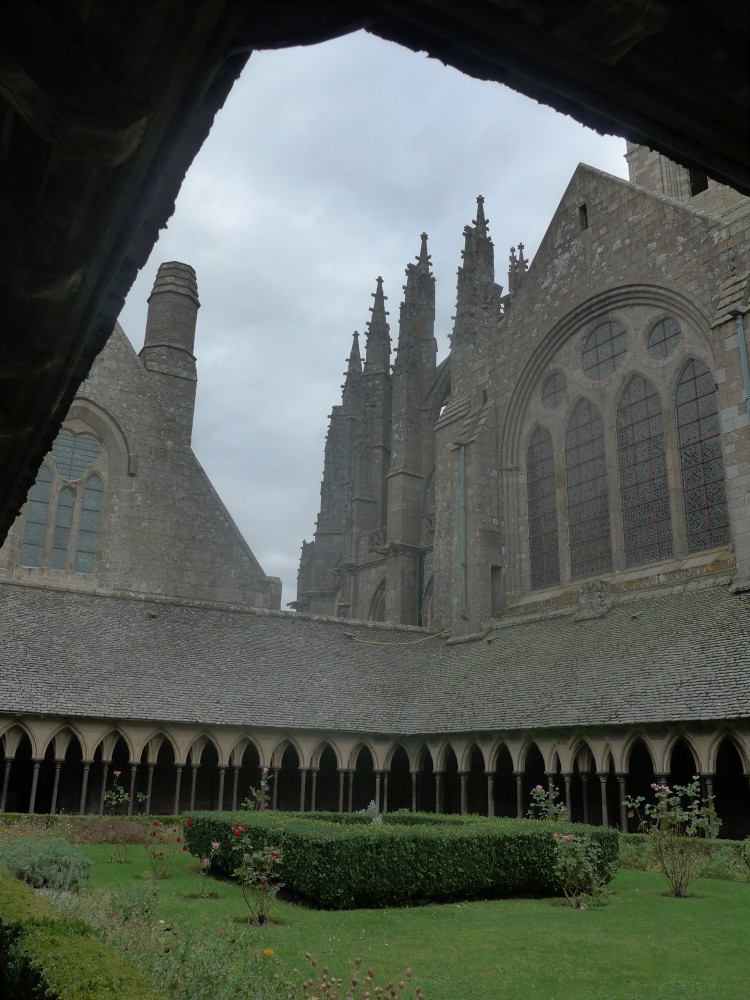 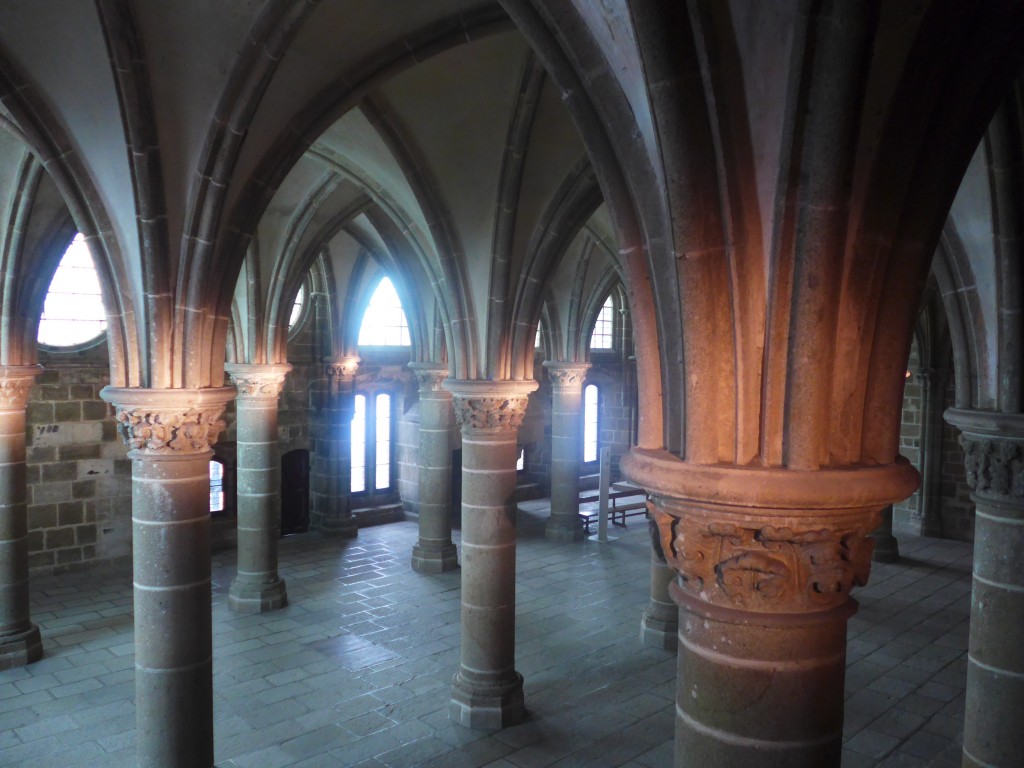 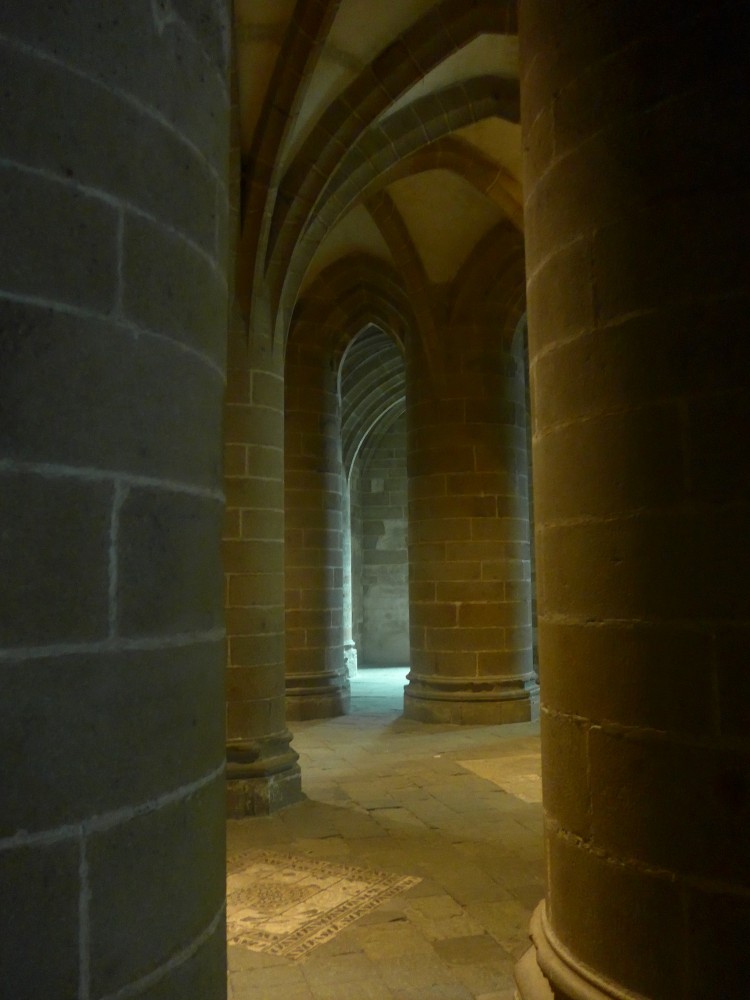 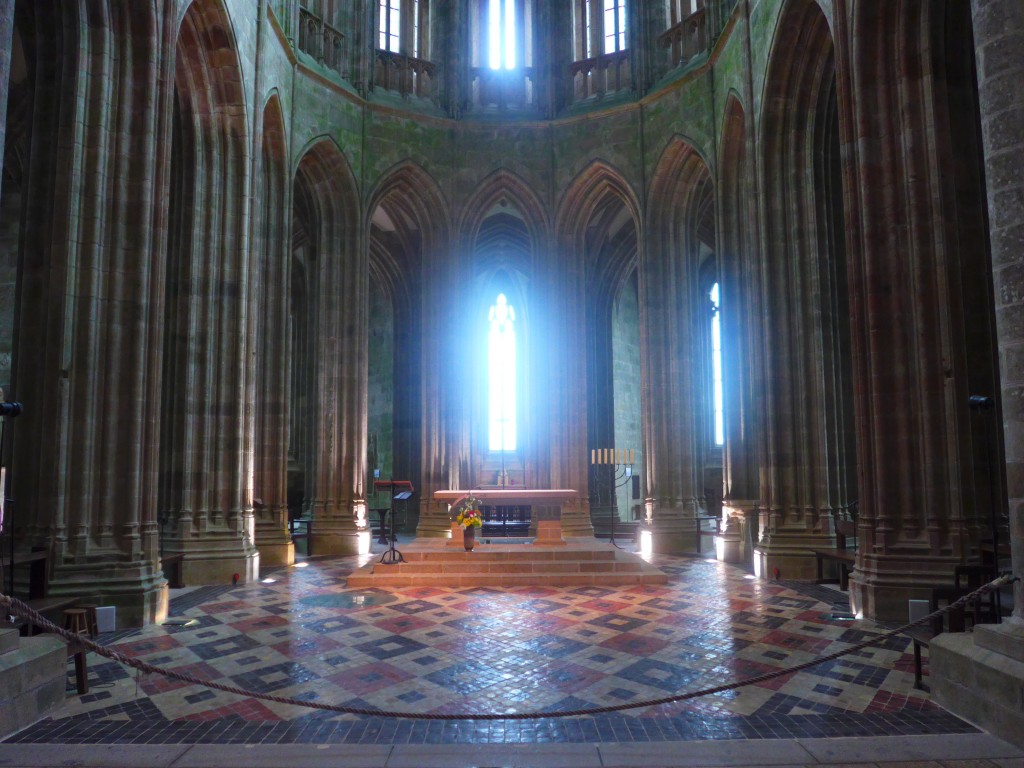 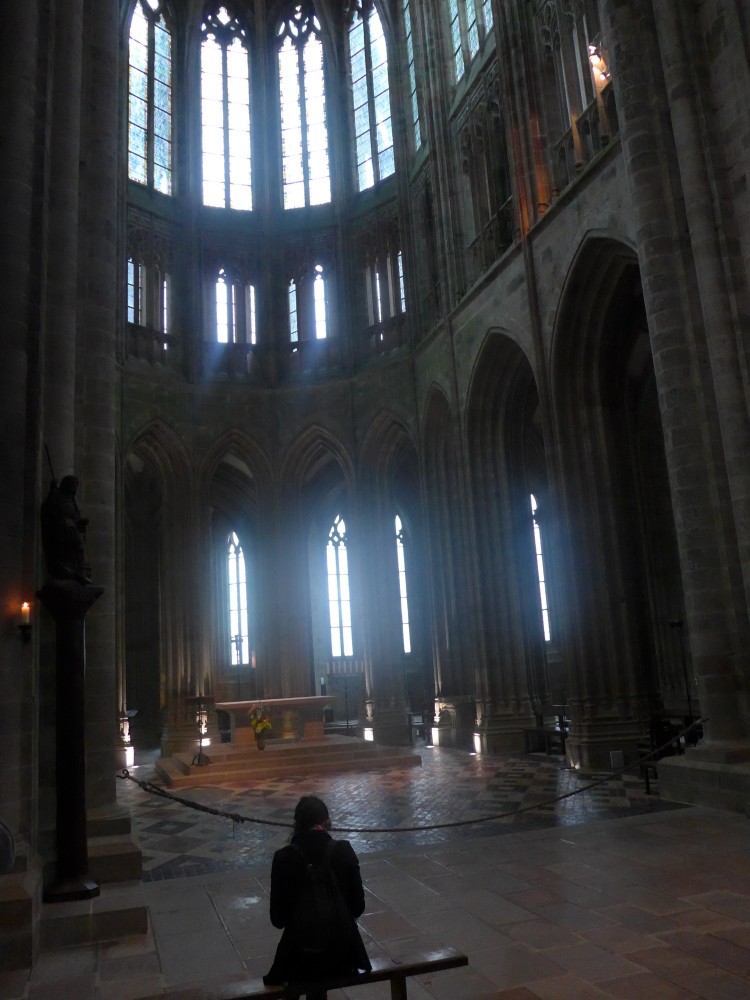 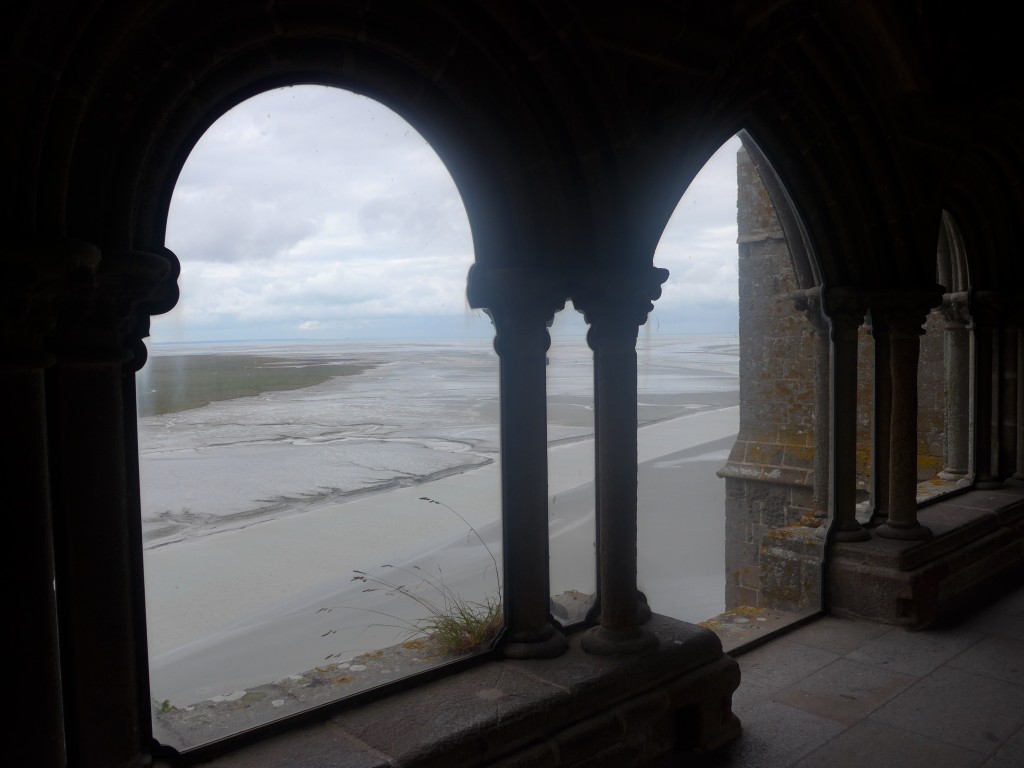 View out to the Bay. 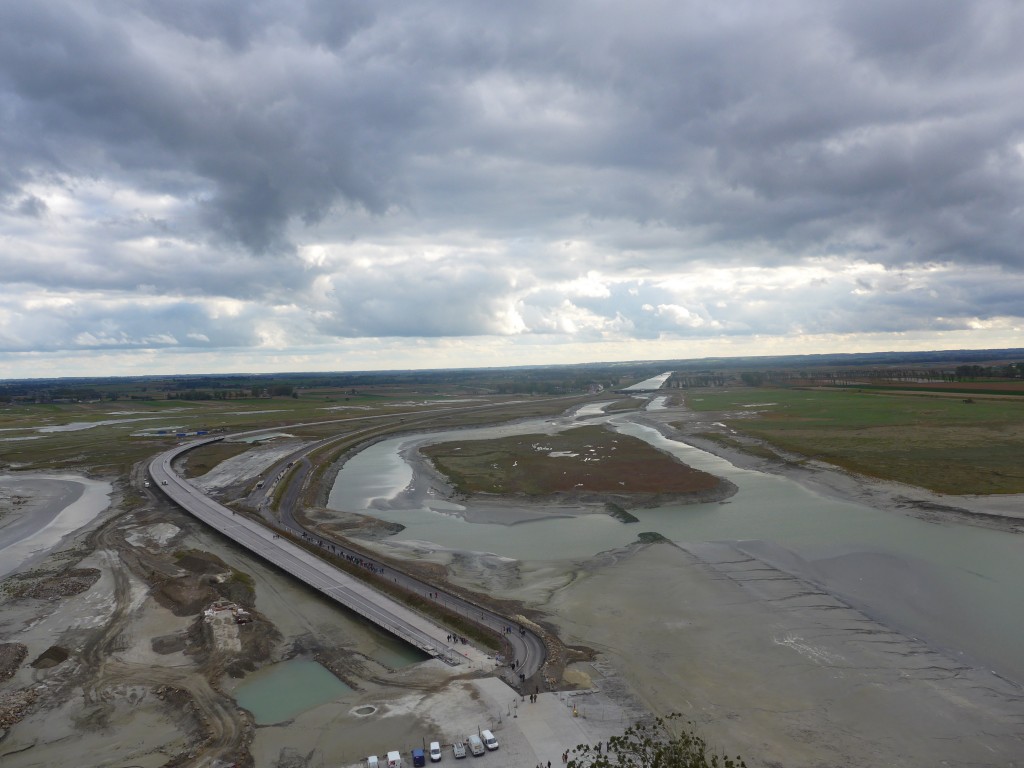 The spring tides in the Bay have the highest range in Europe: the rising tide advances as a wave over 50 cm high, covering a distance of over 15 miles at the speed of a galloping horse. 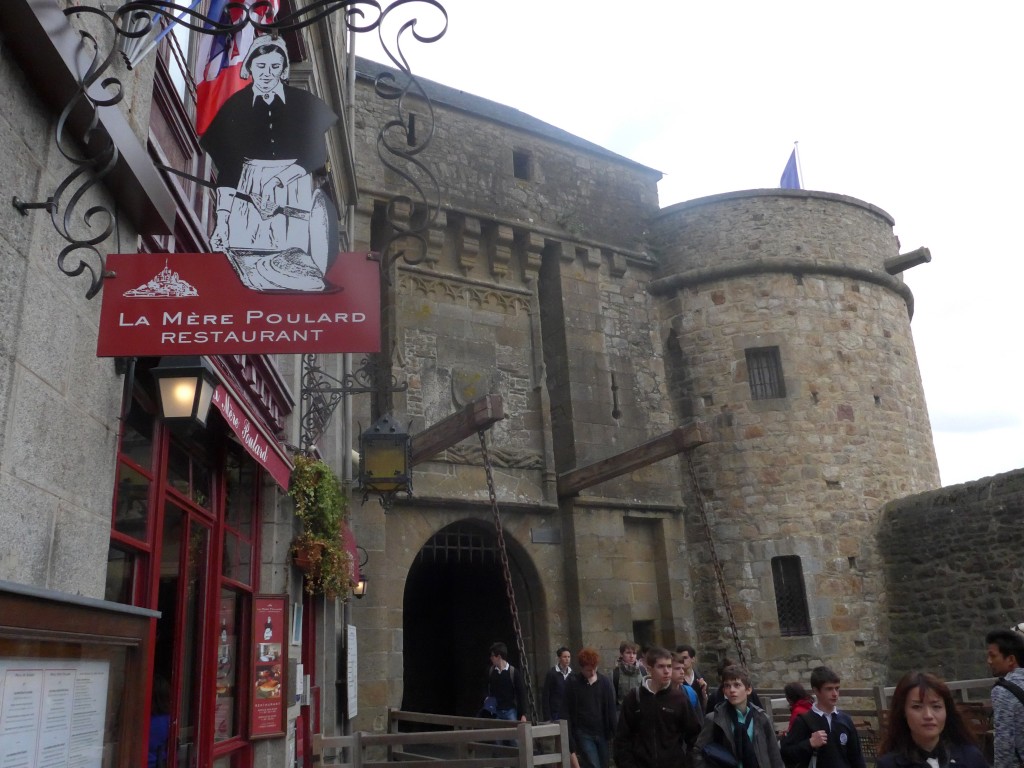 The entrance to the Abbey is a narrow path and constantly filled with tourists. 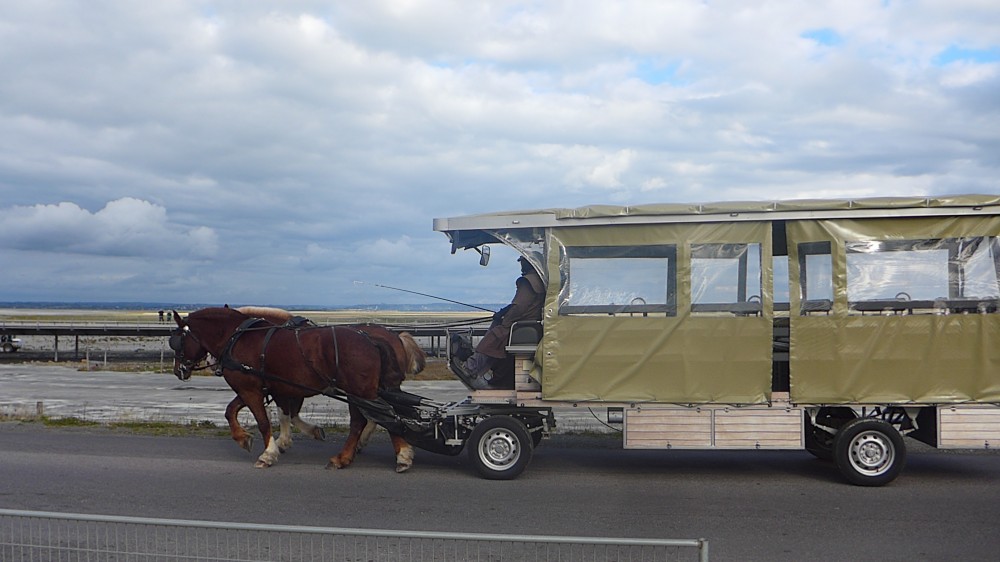 If you’re tired at the end of the day having visited the Museums within the Abbey, you can take the Maringote back to the departure point. (This is a paid service.)