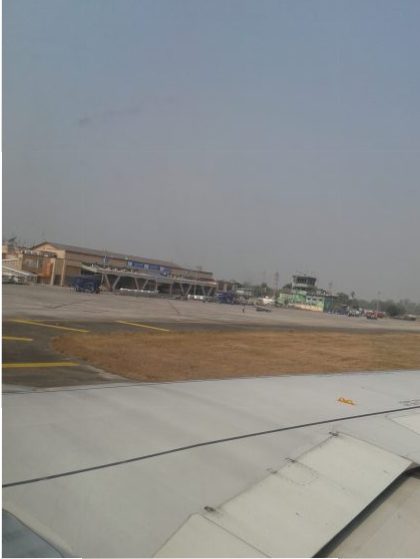 The nearest airport to Kalimpong is Bagdogra in Siliguri and it’s a quick flight from Calcutta. All major domestic airlines from various Indian cities offer good connectivity between Bagdogra and the rest of India. Direct flights to Bagdogra are available from Delhi, Calcutta and Guwahati. 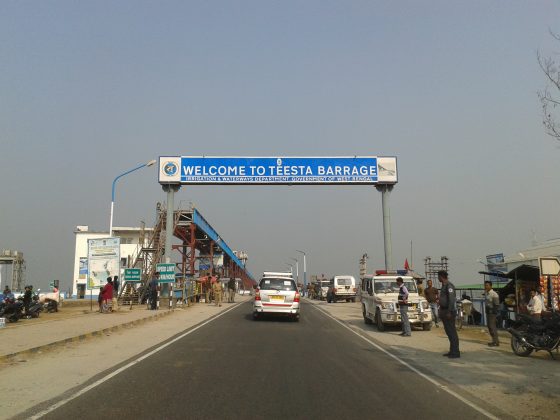 Enroute to Kalimpong , we drove through the Teesta Barrage Project, where we witnessed one of the largest irrigation operations – not only in West Bengal, but also in the entire eastern region of India. 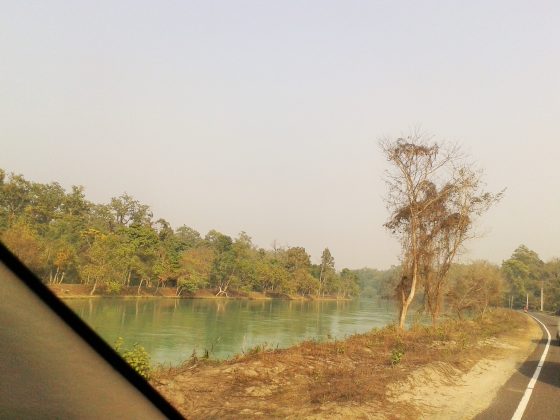 Travelling along the Teesta River’s banks showed very peaceful, yet captivating scenery – this is where some of us would’ve loved to have stepped out of the vehicle and happily walked for some time to admire the charming waterway’s tranquillity.

Kalimpong is well connected by road with Siliguri, Gangtok, Kolkata and Darjeeling and regular buses operate from these areas to the township. Two beautiful tourist places, Darjeeling and Gangtok are just 50 and 75 km away respectively. 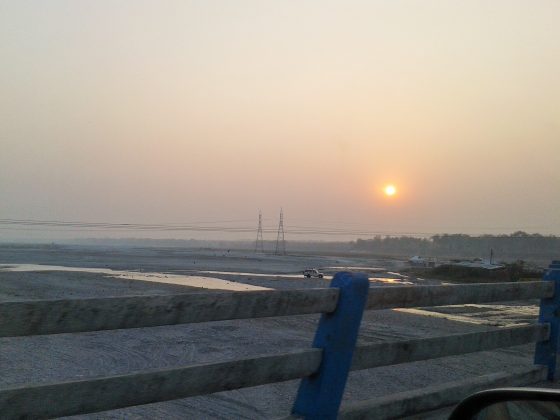 River Teesta originates at Tso Lamo, Sikkim, it flows through West Bengal and then enters the Rangpur division in Bangladesh. It’s the fourth largest among 54 rivers shared by India and Bangladesh. 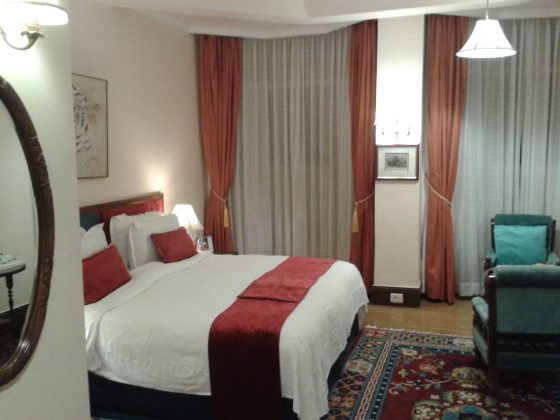 Upon arrival our Hotel the Silveroaks revealed a charisma reserved for the discerning travelling guest who is either on their way to Darjeeling, or returning as Kalimpong  (which by the way), is a reasonable stretch by road from Bagdogra Airport for our first overnight stay. 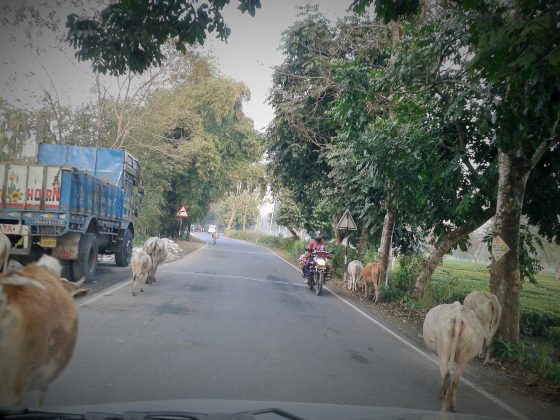 Next day, we started off in the thick of a small traffic jam with sacred cows always having the right of way. Lorries, motor bikes and any other mode of transport you can think of goes about its daily livelihood. 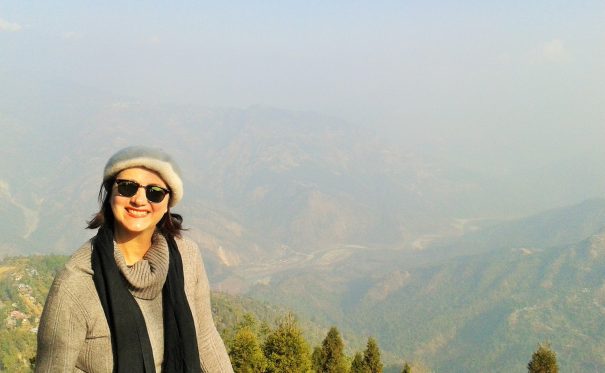 Kalimpong was earlier a subdivision of the Darjeeling district, but now it’s a separate district of West Bengal effective 14th Feb 2017 with an area of 1,056 square kilometers and inhabiting 49,403 people (as per 2011 census). All around, the mountain ranges are snow capped and include Deolo Hill with Sikkim and Bhutan being in the near. 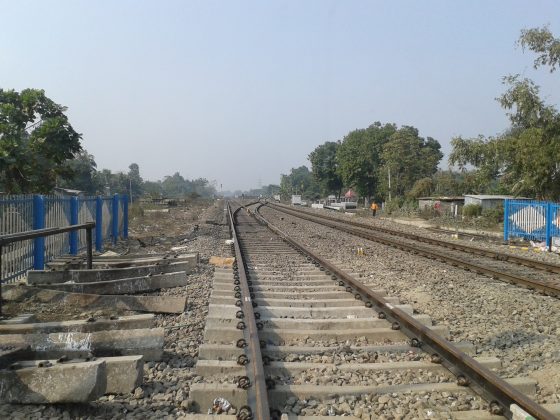 How to reach Kalimpong by rail? The bordering rail line is New Jalpaiguri, which is almost 77 km away. This is an important railway station in the northern Bengal and also serves as a gateway to the remote northeastern India. You can easily take trains from different Indian cities to this region. 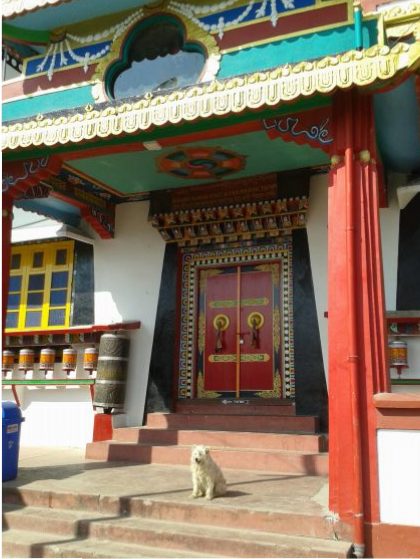 Jang Dong Palriffo Brang is a beautiful monastery which is located in the majestic hill station of Kalimpong. It’s the  ideal place for meditation and the Buddhist monks everyday offer prayers within for spiritually inclined people.

Model for this day was an unknown little doggie who was happy to sit and have his photo taken. A reminder that pets make the best mates. 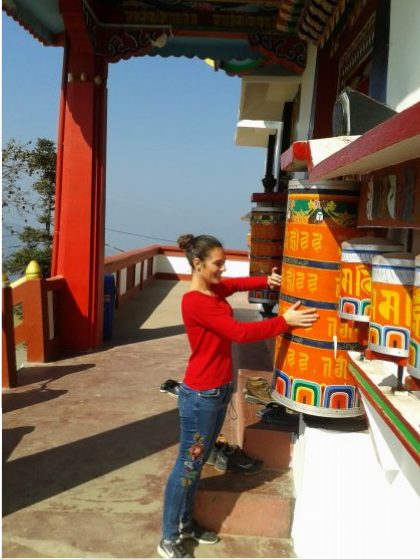 Elisa who is our travelling companion from Spain, is testing out the prayer wheels. Luckily for us all, we travelled safely and had a great time in West Bengal. 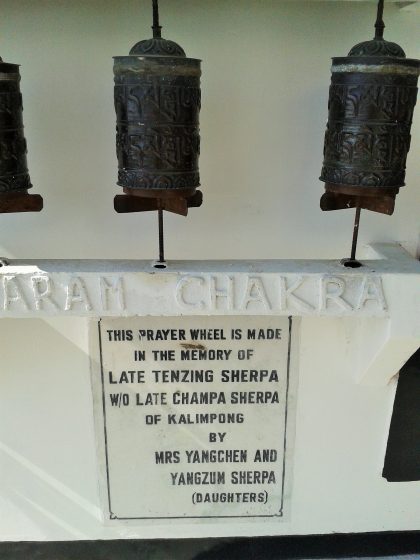 A fitting memorial for the best-known Sherpa. Tenzing Norgay GM OSN, a Nepali-Indian Sherpa mountaineer from this region, He was one of the first two individuals known to reach the summit of Mount Everest in Nepal, which he accomplished with New Zealander Edmund Hillary on 29th May, 1953.

P.S. If you happen to ever be in Aoraki  Mt Cook, New Zealand there’s The Sir Edmund Hillary Alpine Centre of which a large part of the exhibition is a tribute to Sherpa Tenzing Norgay. 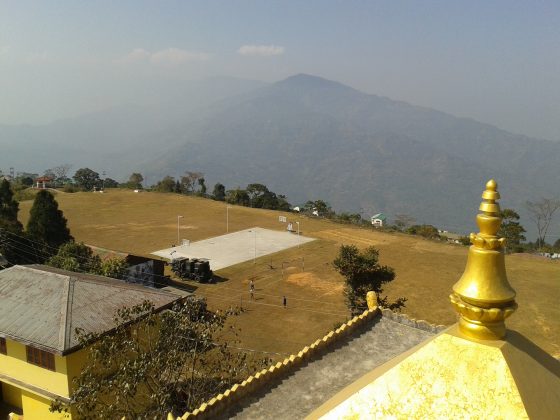 Outlook from the Monastery shows the mountain ranges stretching across West Bengal for all to enjoy its beauty and serenity outside of the larger cities of India. 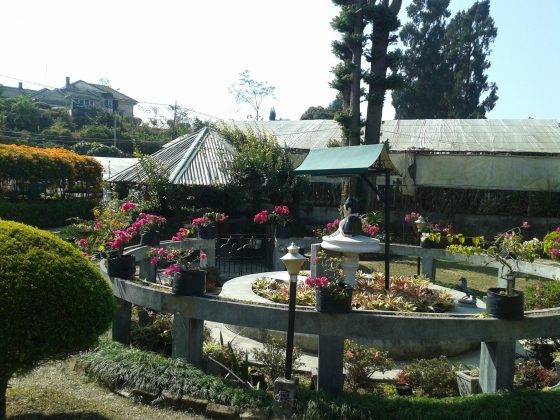 Along the way to Darjeeling, we had the opportunity to enjoy a break at a lovely garden estate and flower nursery. 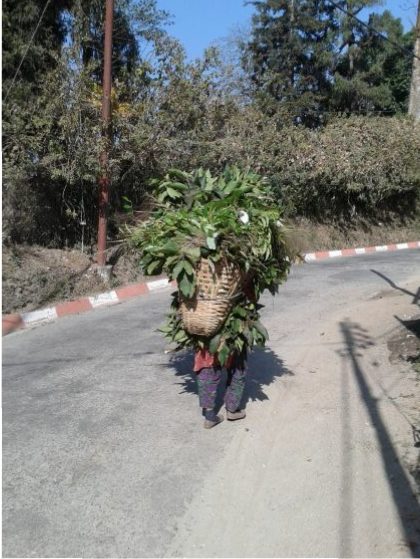 Not too long to go (and not as long as it might take this worker), we’ll arrive at our next stop of Darjeeling.

Might only be approximately a three-hour’s drive from Kalimpong, but it’s an extremely winding road one which will keep you seated.