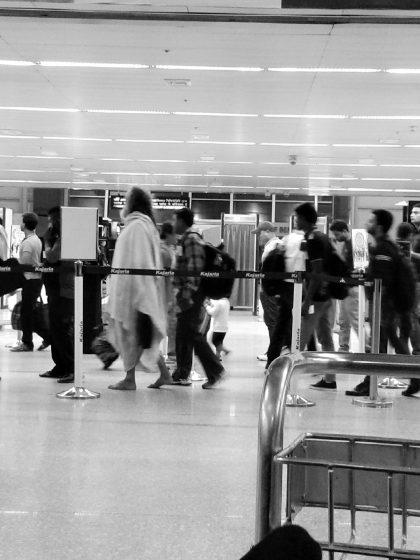 If travelling from Australia, the International Airport in Calcutta is the nearest gateway for your connection onto the state of Odisha (also called Orissa) and is one of the 29 states of India.

Known as ‘The City of Temples’, Bhubaneswar is one of the most culturally effervescent cities in India – being the state capital of Odisha, it’s a sprawling metropolis that very ably preserves the balance between upholding olden values and cultural heritage on one hand and being able to conform to changing modern times on the other.

Bhubaneswar is home to some of the finest temples including the Lingaraja Temple and Mukteswar Temple. Nearby places of interest include the sacred pilgrimage town of Puri and the quiet ocean-side village of Gopalpur-on-Sea. Other tourist attractions include the State Museum, Bindu Sarovara and Nandan Kanan. 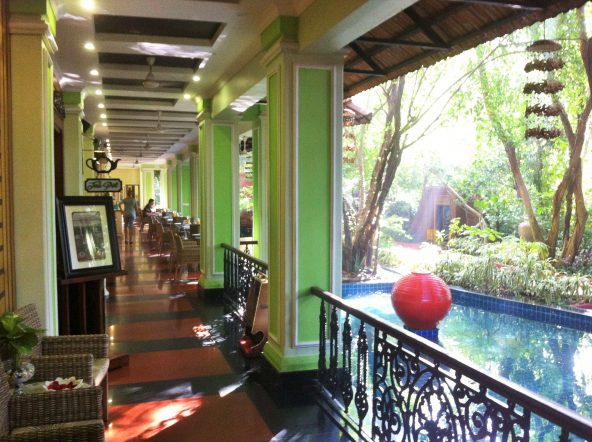 First stop after a quick and easy transfer from the airport (by Indian standards), our hotel of choice is the Mayfair Lagoon which is one of the best luxury hotels in Bhubaneswar and spread out across ten acres in the heart of the capital city of Odisha.

If you’re after authentic spicy food and don’t mind a kick starter at breakfast, then this hotel provides some of the best offerings – especially with all those dragon-breathing accompaniments! 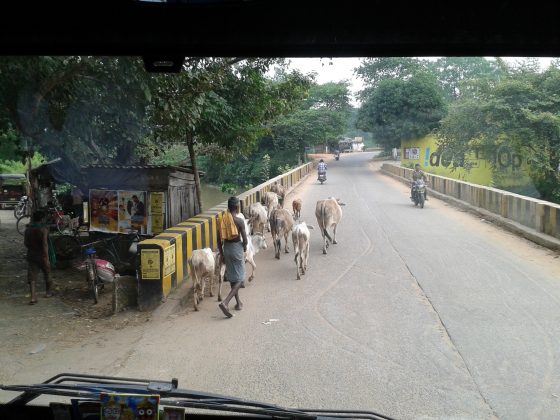 Once on the way with our group, we realise the north-east area of India is not as well known as other states which makes it all the more interesting; to dig deep and find out what’s intriguing about the region and it’s point of difference. 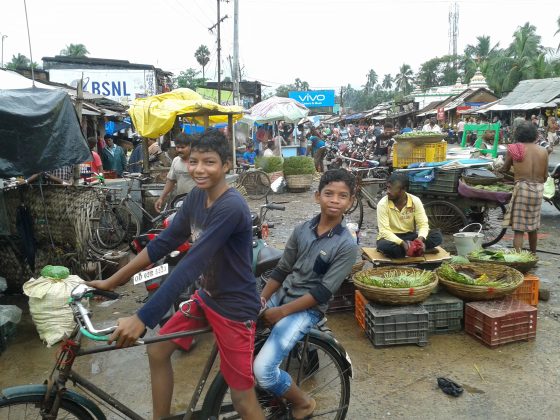 One of our first stops is at a market place along the way. With smiley faces and willing models for the morning’s photos, it sets the mood for the remainder of the day – easy going and relaxed. 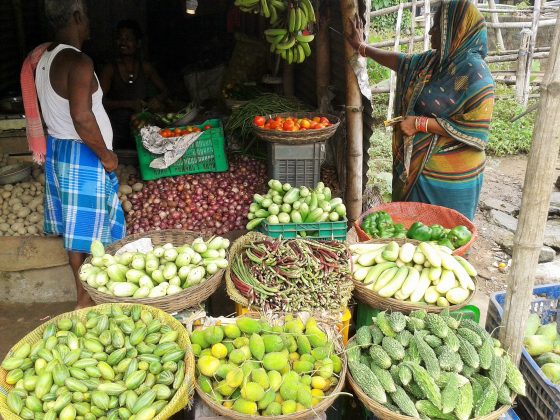 No shortage of fresh vegies and fruit – can’t imagine anything other than organic here. 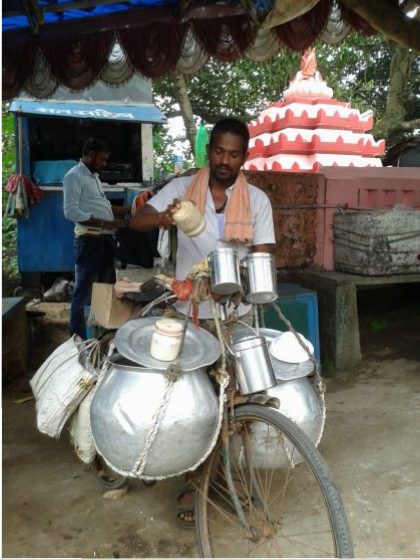 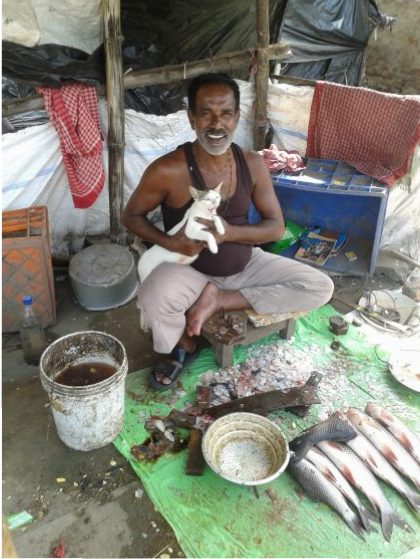 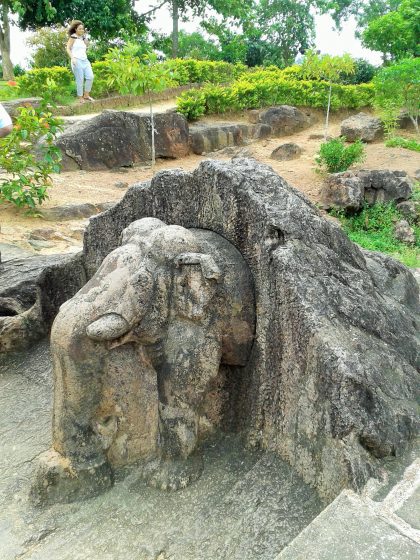 Dhauli is a historical place associated with famous Kalinga War and Peace (3rdcentury BC). The great Mauran King Asoka had written here in his Edicts about the people of Kalinga with an elephant gure atop. In the year 1972 a Shatni Stupa – the reminiscence of Buddhism is constructed here to spread the message of peace and brotherhood. 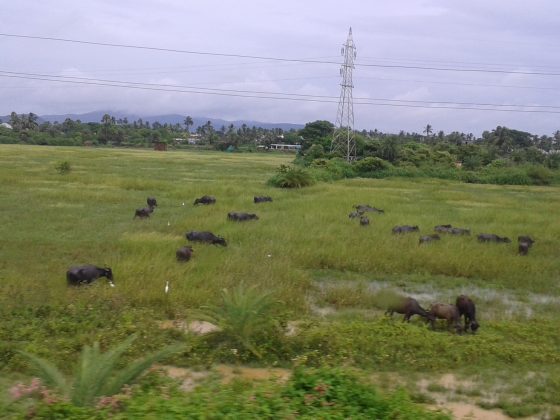 Moving on, passing fields of buffalo, it’s great to be in a region without all the hustle and bustle of the bigger cities. 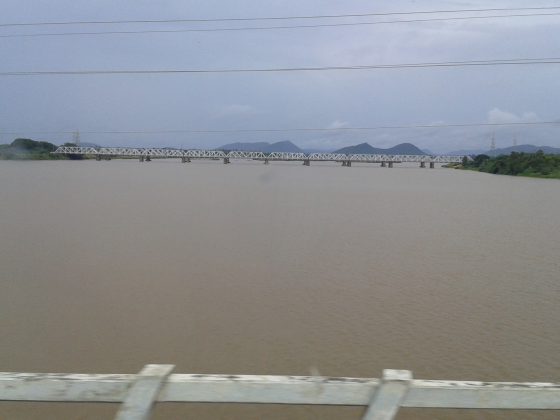 River Rushikulya originates at an elevation of about 1,000 metres from the Daringbadi hills of the Eastern Ghats range. The region from where the river originates, Daringbadi is called the ‘ Kashmir of Odisha ‘.

The basin is rich in mineral wealth with the major economic ones being clay, lime stone, manganese, sand talc, black sand and other grinding materials. 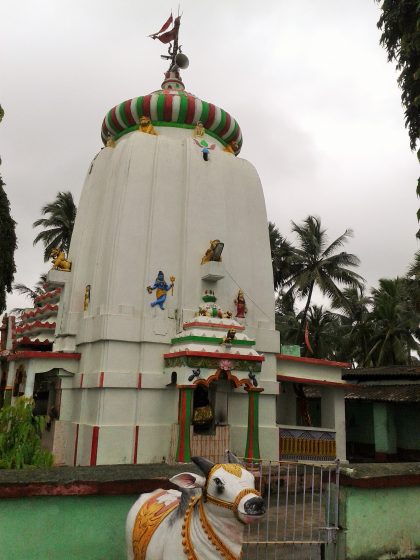 Puri: Jagannatha Temple is an important pilgrimage destination, built with the help of Tamil Chola King Kulothunga Chola. The present temple was rebuilt from the 10th century onwards on the site of an earlier temple.

This temple is famous for its annual Ratha Yatra, or chariot festival in which the three principal deities partake.

“Vidyapati was a Maithili poet and a Sanskrit writer. He dropped mustard seeds on the ground on the way to Jagannath. The seeds germinated after a few days, which enabled him to find the cave later on. On hearing from him, King Indradyumna proceeded immediately to Odra desha (Odisha) on a pilgrimage to see and worship the Deity. But the deity had disappeared. The king was disappointed. The Deity was hidden in sand. The king was determined not to return without having a darshan of the deity and observed fast unto death at Mount Neela. Then a celestial voice cried ‘thou shalt see him.’ Afterward, the king performed a horse sacrifice and built a magnificent temple for Vishnu.”
Source: Wikipedia 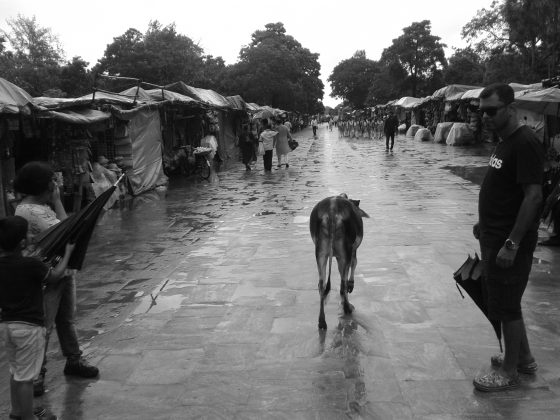 Heading towards the Sun Temple and as always – rain, hail or shine conveniently, there’s a market nearby to any major tourist site. Sacred cows take precedence in having the right or way and obviously not in any hurry for anyone. 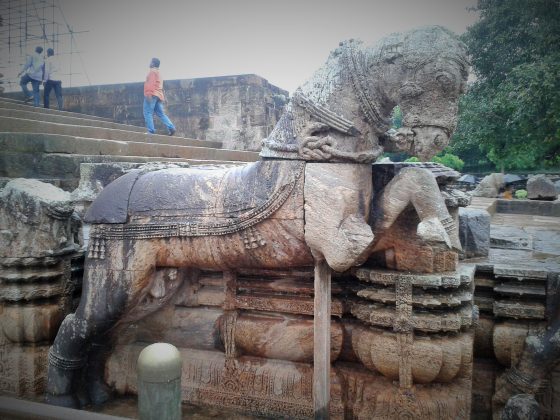 Conceived as the cosmic chariot of the sun god Surya, this massive, breathtakingly splendid sculpture was constructed in the mid-13th century, probably by Odishan king Narashimhadev I to celebrate his military victory over the Muslims. Seven rearing horses (representing the days of the week) move this stone leviathan on 24 stone cartwheels (representing the hours of the day) around the base. The temple was positioned so that dawn light would illuminate the deul (temple sanctuary) interior and the presiding deity. 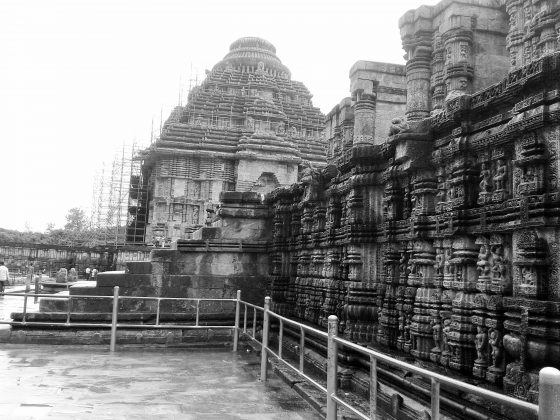 The Konark Sun Temple has been undergoing restoration for some time but, still worthy of a visit as it’s a world heritage monument known worldwide for its grandeur and intricate architectural  detail. 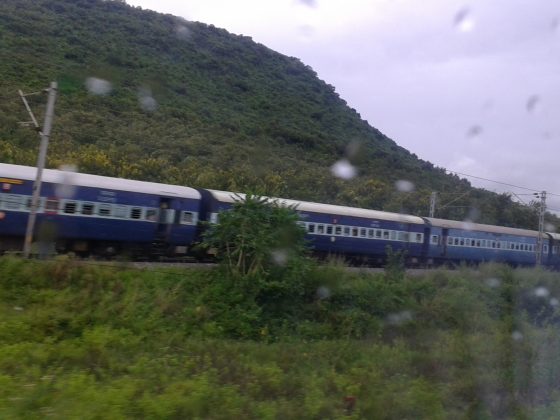 Train travel? Just like any other  state of India, Odisha too is very well linked with the means of rail with the incredible Indian Railway Network.  I’d recommend booking directly with a booking office or a travel agency due to the complexity of the Indian network. 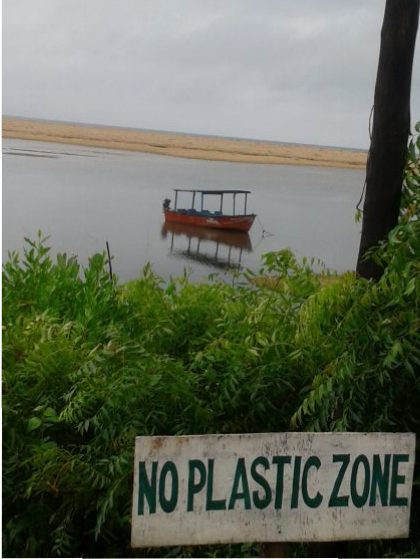 Southeastern Odisha hugs the coast of the Bay of Bengal and is home to the state’s most visited spots. Great to see a sign advocating what none of us want to see near any waterway! Should be more notices like this one.

The nearby lonely virgin Beach Chandrabhaga is another attraction; calm, smooth waters makes it a family-friendly bathing area during the hot and steamy days. 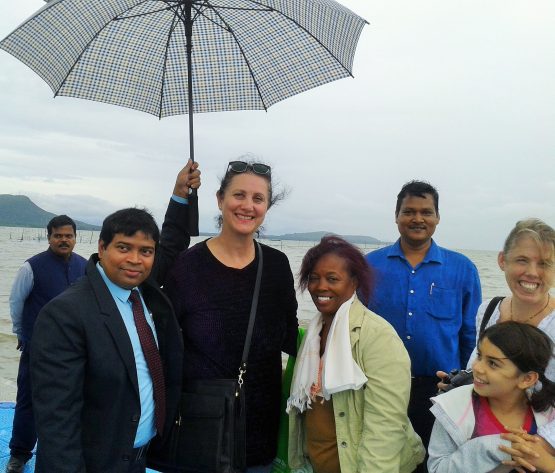 Odisha has 485 kilometres (301 miles) of coastline along the Bay of Bengal on its east, from Balasore to Ganjam. Although, we were meant to sail off for a boat ride, you can tell by the smiley faces of the locals they were just as happy to meet with us – regardless of the inclement weather on the day. 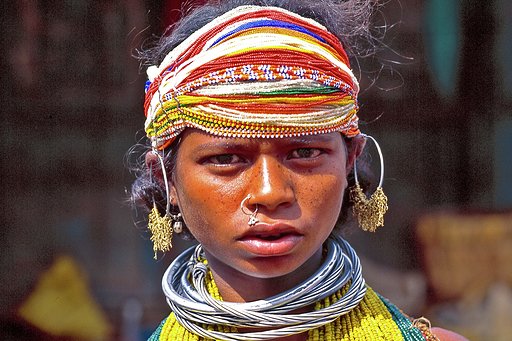 Travel Agent Vivian who was part of our original group had the opportunity to visit some more remote areas of Odisha with many tribes who inhabit these regions. Colourful, inquisitive and interesting people who live a quiet but productive way of life whereby less is more in a materialistic world.
Photo: Courtesy of Vivian from Ruby Travel, Italy. 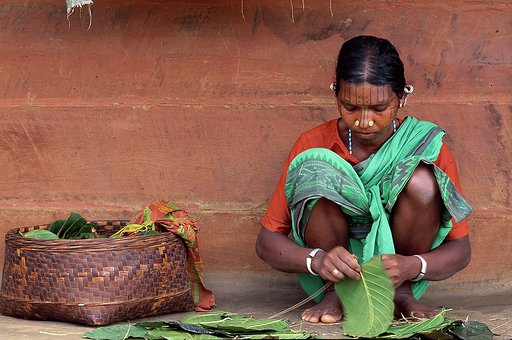 “Of all the states of India, Odisha (Orissa) has the largest number of tribes, as many as 62 that constitute an impressive 24 percent of the total population of the state. These tribes mainly inhabit the Eastern Ghats hill range that runs in the north-south direction. More than half of their population is concentrated in the three districts of Koraput (undivided), Sundergarh and Mayurbhanj.”
Source: Odisha Tourism
Photo: Courtesy of Vivian from Ruby Travel, Italy. 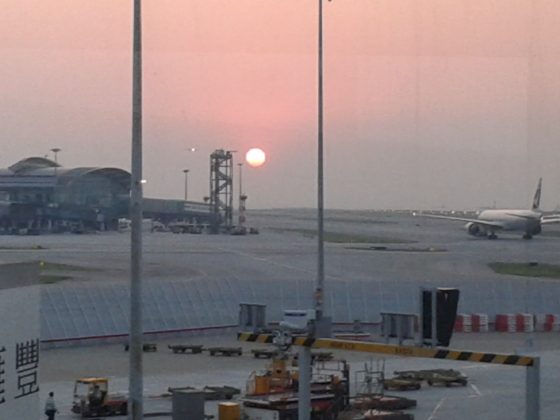 There’s a myriad of airlines flying into Calcutta with excellent connections onto Bhubaneswar (BBI). Book your domestic flight all the way through from Australia  to BBI via another hub and you’ll be allowed the same weight restrictions all the way –  however, must be issued on the same international ticket.