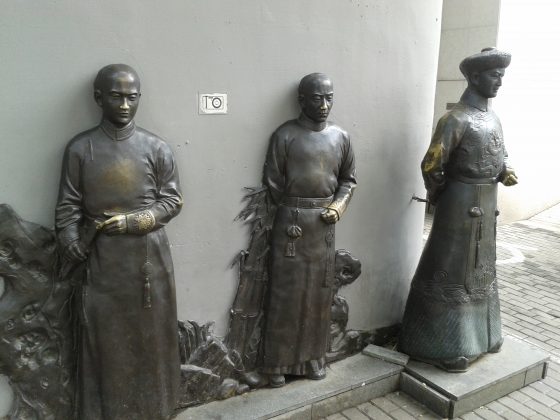 Chinese culture in Beijing is just like the thickest encyclopaedia containing the  heritage and history between its covers.  A city trying to absorb the exploding knowledge of the current society and foretelling the scenarios of the future’s growing developments – and all the while still holding on fast to many old traditions. 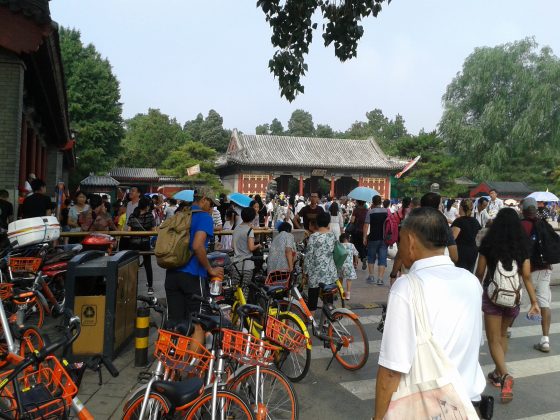 Bikes galore and possibly the best way to make your way around Beijing (that’s if you’re a local – not me) which is impossibly busy with non-stop traffic 24/7. 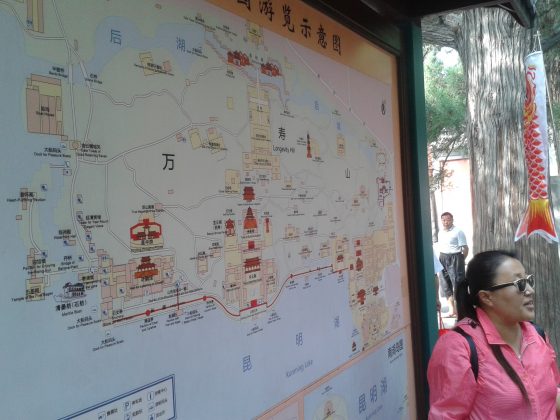 Our guide showing us the magnitude of the Summer Palace and its gardens which is situated in the Haidian District northwest of Beijing. The Summer Palace is 9 miles (15 kilometres) from the downtown area and being the largest and most well-preserved royal park in China, it greatly influences Chinese horticulture and landscapes which has long been recognized as ‘The Museum of Royal Gardens’. 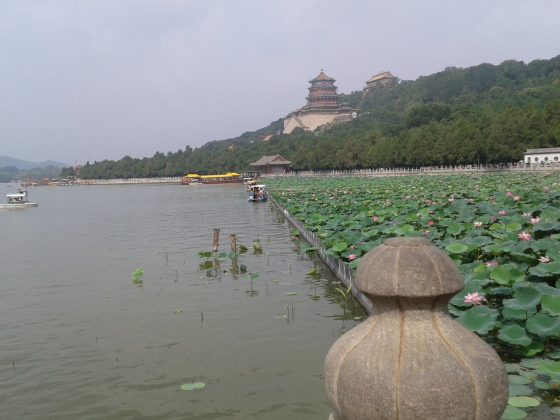 The Summer Palace’s lake with a sea of Lotus showcasing its famous natural views and the cultural interests which form this crowd pleaser. 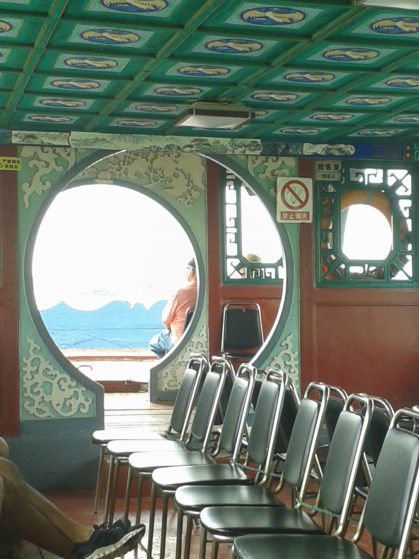 A boat ride around the lake ensures you don’t feel you’ve missed out on seeing the area other than from the foreshore. And yes, with a peripheral view you’re kept nice and dry with calm waters on Kunming Lake. 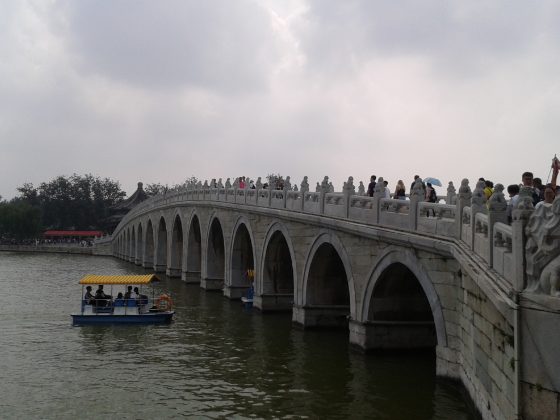 Connecting the eastern shore of Kunming Lake and the only passageway to Nanhu Island in the west, the Seventeen-Arch Bridge was built during the reign of Emperor Qianlong (1711-1799). There are some thirty bridges in the Summer Palace area and this is the largest one, with a length of 150 metres (164 yards) and a width of 8 metres (8.75 yards). 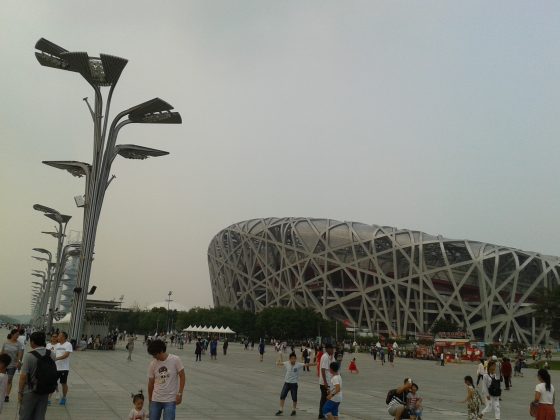 Affectionately known as the Bird’s Nest, the National Stadium, it’s situated within the Olympic Green Village in the Chaoyang District of Beijing  and was designed as the main stadium for the 2008 Olympic Games.

An afternoon stroll will secure your sighting of mainly one-child families out with their off spring finding solace in a wide open space with plenty of security. While a few tantrums were witnessed here by some little princes and princesses, it seems the parents are adept in tuning out with selective hearing. I’m told that the one-child policy in China has been relaxed since 2016 and having spoken to a few parents, it seems they are not rushing to accept the new ruling and bolster further production … 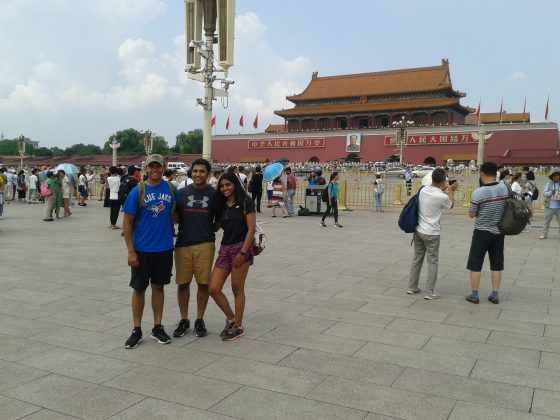 Part of my group’s youngsters enjoying Tiananmen Square where you’ll find the Tiananmen Tower, Monument to the People’s Heroes, Great Hall of the People and Chairman Mao Zedong Memorial Hall. Thousands of people come to the Square every day and is the ‘must place’ to visit in Beijing.

Outside China, the square is best known for the Tiananmen Square protests whereby there was an armed suppression of a pro-democracy movement back in June 1989 by the Chinese government. 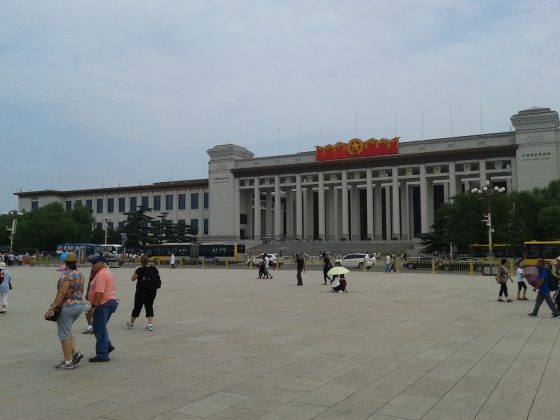 The National Museum of China flanks the eastern side of Tiananmen Square with its mission to educate about the arts and history of China. 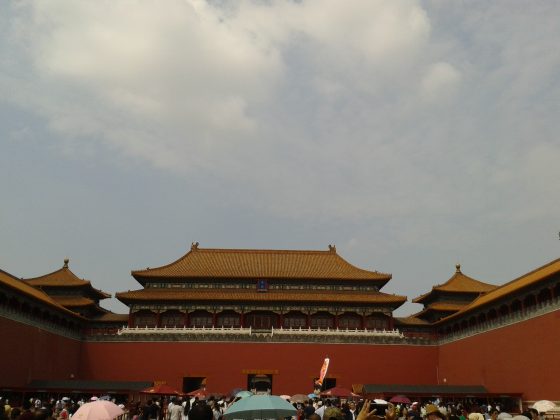 Now known as the Palace Museum, it’s to the north of Tiananmen Square, rectangular in shape and it’s the world’s largest palace complex which covers 74 hectares. Surrounded by a 52-metre-wide moat and a 10 metre-high wall, there are more than 8,700 rooms. 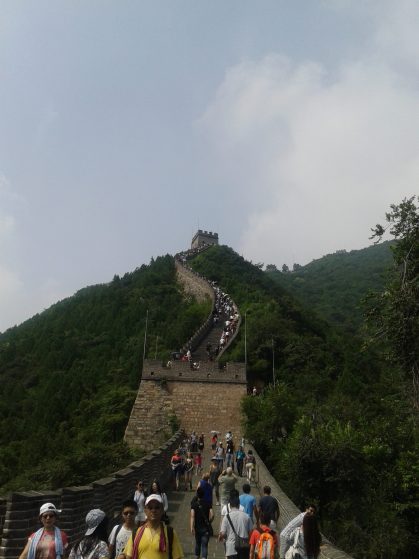 The Great Wall steps here at Juyonguan are gigantic in height to say the least. Make sure you’re fit if attempting any part of it.

The most famous Great Wall sections are located in its suburban areas, including the well-preserved Badaling and Mutianyu, the renovated Juyonguan, Jinshanling and Simatai and wild Jiankou and Gubeikou. They’re all not too far from downtown Beijing – about 1-2 hours driving away depending on traffic conditions. 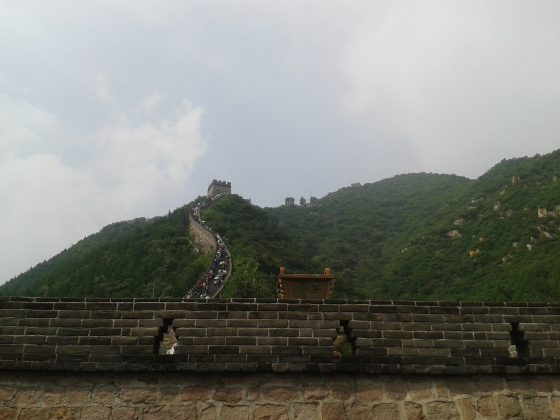 In Chinese history, Beijing was not only one of the ancient capitals, but also one of the most strategic cities in the north. To defend their territory, many rulers had actively ordered to build a Great Wall here and of the surrounds, Beijing totals 573 kilometres (356 miles). Those from the Ming Dynasty (1368-1644), it was the last dynasty engaged in the Great Wall construction which amounted to 526 kilometres (327 miles). 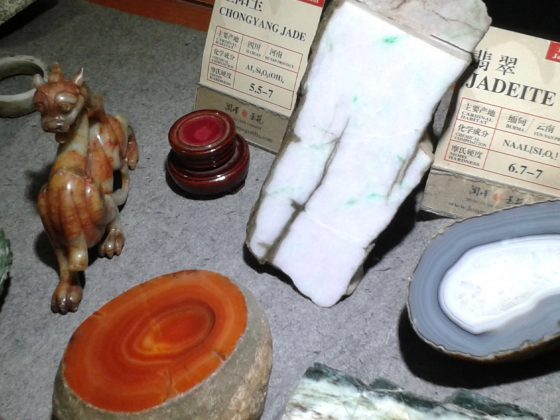 Jade is everywhere for sale. Don’t take my word on what’s the best deal. Sometimes you’ll have to rely on your own judgement on what’s a fake or not. If you ask me the precious gem all looks very much the same to me … 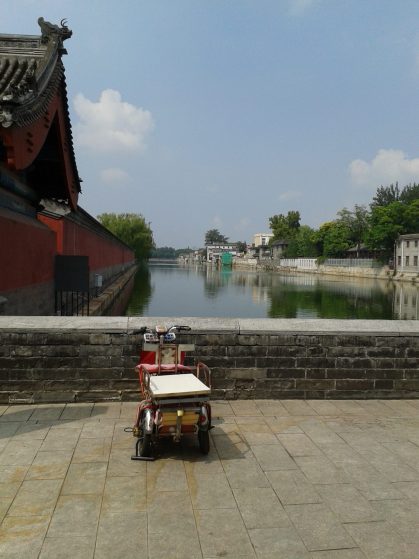 There are pockets of quietness and a boat ride around a moat might be one way of escaping some of the maddening crowds. Not sure about leaving the bike on the footpath though, but I wouldn’t do that in Sydney either! 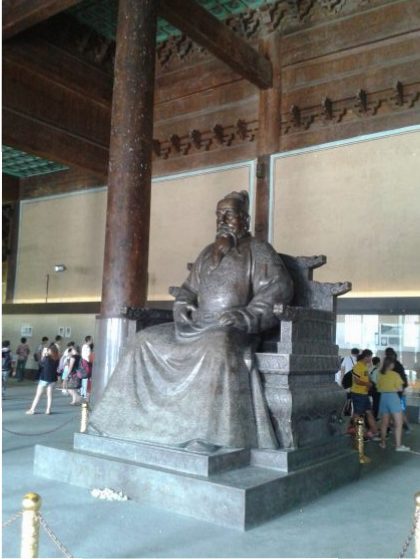 The majority of the Ming tombs are located in a cluster near Beijing and collectively known as the Thirteen Tombs of the Ming Dynasty. The site on the southern slope of Tianshou Mountain was chosen based on the principles of feng shui by the third Ming Emperor Yongle. 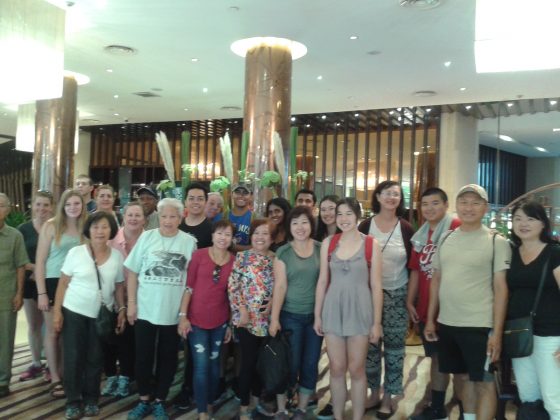 Once you’ve mastered China’s most sought-after sights when touring, you’ll realise how quickly a week goes when it’s time to say bye. And, if you’ve been lucky enough to have a fabulous and fun group along the way, then it makes the journey even more enjoyable.