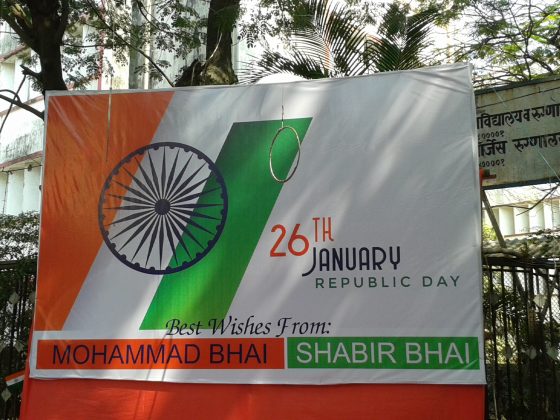 Republic Day in India is the same date as Australia Day and I was a little astounded so many Indians actually knew this and wished me a happy day for my own country’s festivities.

Mumbai formerly known as Bombay is the capital city of the Indian state of Maharashtra. It’s the most populous city in India with an estimated city population of 22 million – the whole population of Australia could almost fit into it … 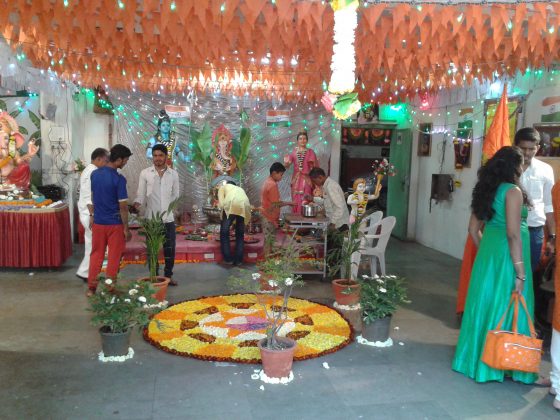 A group of worshippers graciously allowed me a photo of their routine. Republic Day is a festivity of religion, food and happiness for a nation which is so diverse in its own culture and independence. 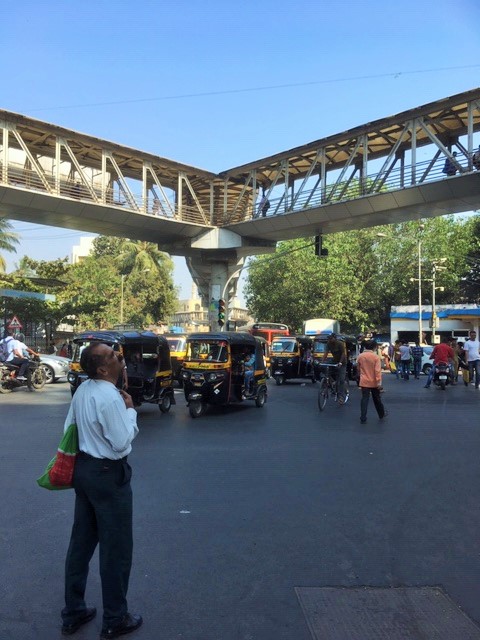 So here I am back in Mumbai and as you can see the pedestrian is saying his daily prayers for religious purposes, only I’m about to say a prayer to cross the road safely. 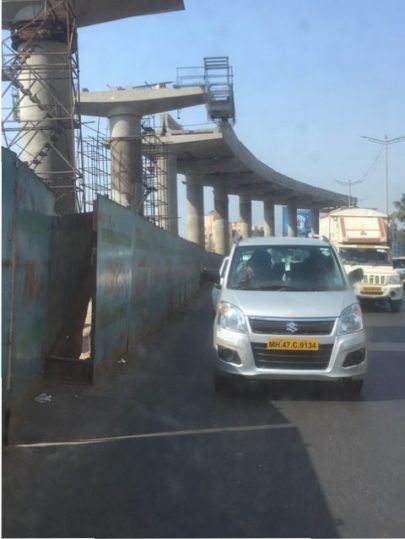 Mumbai’s traffic is still the same as my last visit in 2005.  New infrastructure is being implemented slowly; mostly overhead due to the fact the city was built on reclaimed land and is difficult to negotiate. With a view to improve transportation and communication, the Government of Maharashtra and the Railway Ministry – along with financial assistance from the World Bank – they took on the Mumbai Urban Transport Project. 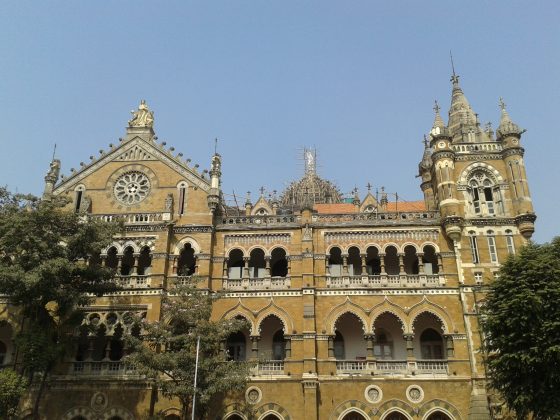 Victoria Terminus is an area with a thriving market which attracts locals and international visitors by the bus and train load. 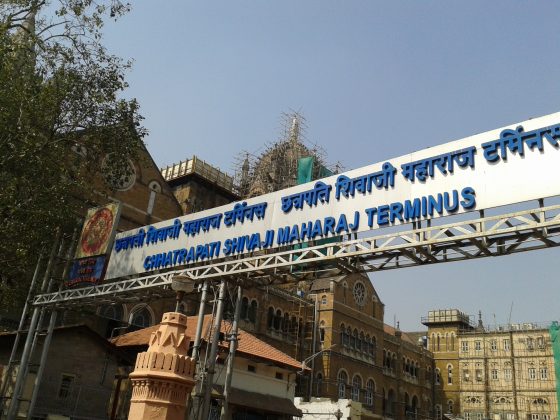 The Terminus is walking distance to CMTS which offers only a handful of local areas a train service. 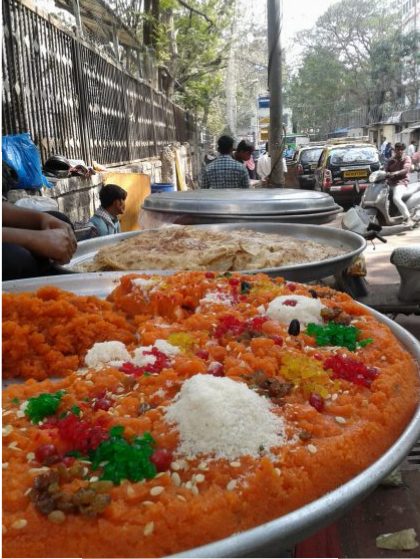 Traditional Indian cuisine is offered to the masses at a fraction of restaurant prices and perhaps better quality and flavour. To date,  I’ve yet to be ill from street food – incredibly I’ve had ‘Delhi Belly’ from eating in top-class establishments. 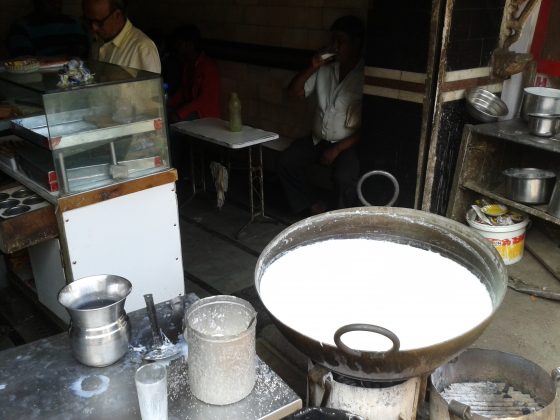 One piece of advice I’d been given years ago and before travelling to India, was to start eating yoghurt and food produced by bacterial fermentation of milk prior to arriving. The bacteria used to make yogurt known as yogurt cultures, allows the fermentation of lactose by these bacteria which produces lactic acid, it then acts on milk protein to give its texture and characteristic tart flavour. It assists in settling a tummy which may not be used to spicy hot foods. 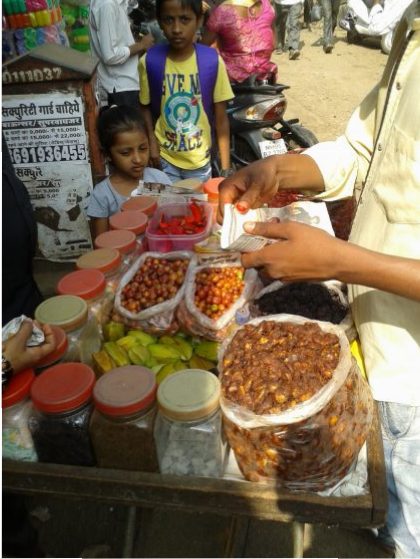 Sometimes it’s a difficult choice when there’s so much variety on hand and it’s a sensory overload of wafting exotic aromas, bright colours and sounds of excitement abound. 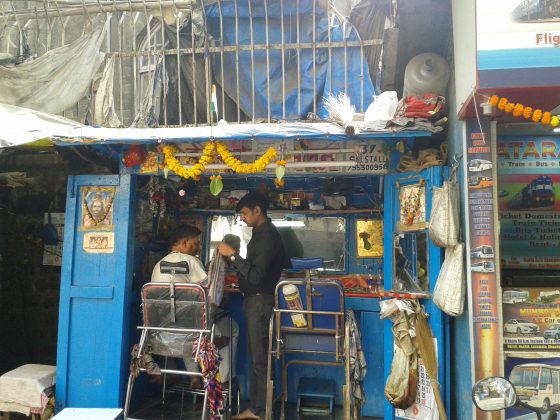 Haircut anyone? Handy to know you can head off to the market and come go home looking cleaned up, refreshed and ready to watch the cricket. 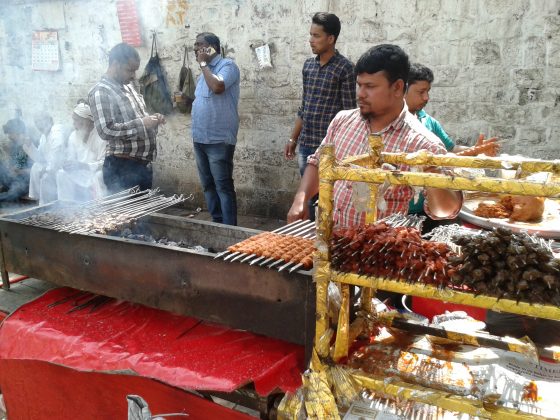 Take your pick – chicken, beef or whatever? Vegetarians move on please.

Nothing like a free food waste collector to call by. A win/win for everyone. Cows are considered sacred by Hindus in India and the favourite animal of Lord Krishna. They serve as a symbol of wealth, strength and abundance. But, people who want to protect these creatures have to deal with those who think cows are a nuisance. 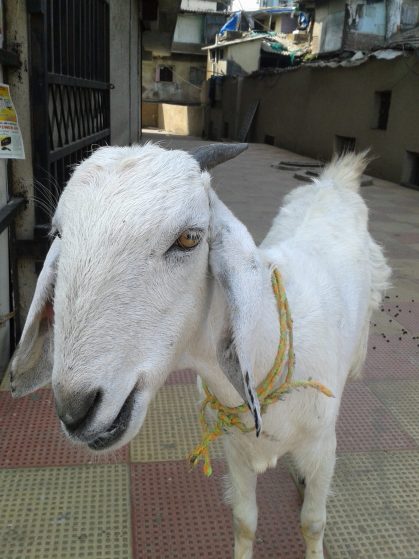 Do I want a smooch? You better watch out you’re not the next one on the menu. 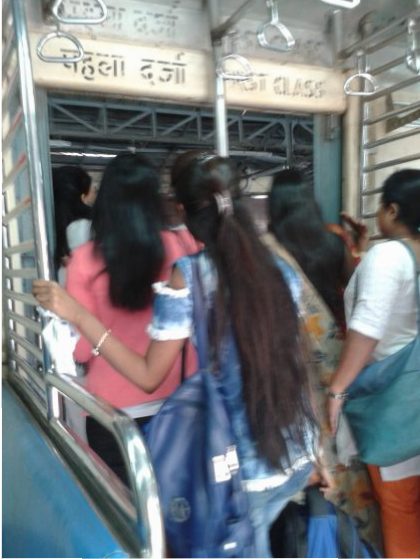 Time to go back to the hotel after a day’s outing which also included Linking Road and Kurla. Certainly don’t think I’ll take the train again; even with a dedicated carriage for ‘Ladies’ I’d already been dumped onto the platform from the avalanche of passengers trying to alight the train. Yeah, yeah I know, stupid tourists always in the way. 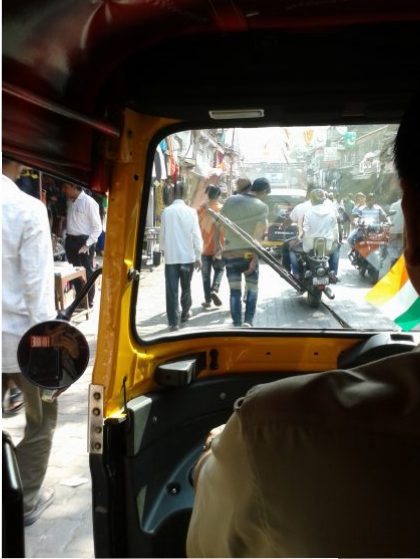 At Kurla Station in east Mumbai, the market was a myriad of stall holders and there’s no shortage of food and goods on sale. Obviously, plenty of tuk tuks to take me home – rates vary and always pays to be a decent kind of negotiator in India. 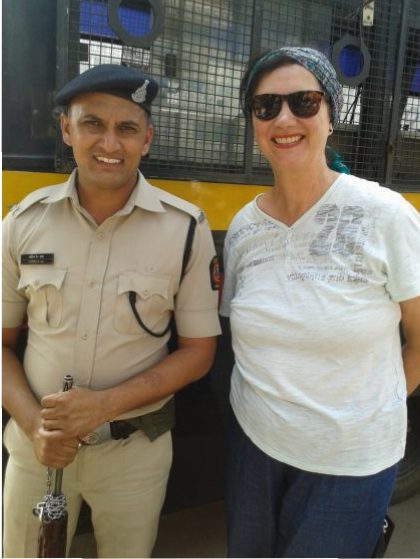 While waiting for my ride, thought it’d be great to have a chat with a Police Officer about the area, only to receive more kick-ass comments about India thrashing Australia in the cricket at home just recently. 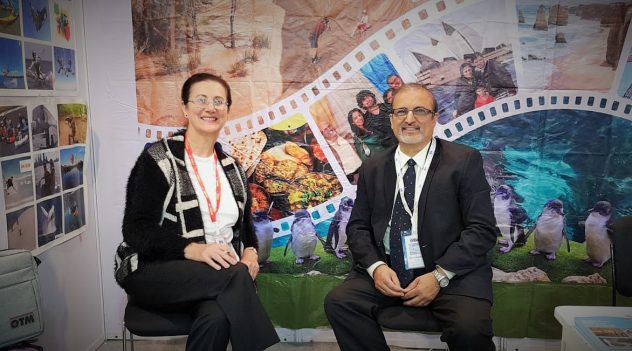 Better do some work whilst in Mumbai and who better to cross paths with but my mate Firoz of Perth Aussie Tours in Western Australia.

Direct flights from Australia are from Sydney and Melbourne to Delhi with Air India (AI). Connections are generally seamless as it’s only Air India and Jet Airways which have flights arriving/deparing into the international terminals of Delhi (main hub of AI) and Mumbai. Both airlines have a myriad of domestic flights throughout the countrry. Air India also allow a generous 30 kg on an international ticket issued with connecting domestic flights.

Stay tuned for some more blog posts of Incredible India!