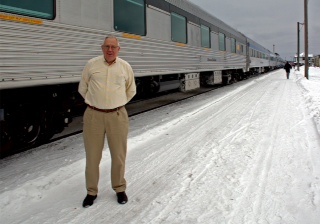 All aboard after a rest at Sioux Lookout, Mr Bill Loomis is ready to go again even whilst celebrating his birthday on this particular day. He’s been on The Canadian train twelve times and a stalwart without doubt. We were happy to hear his stories and his travelling mate John left their respective families and homes to once again take to the tracks and traverse Canada. 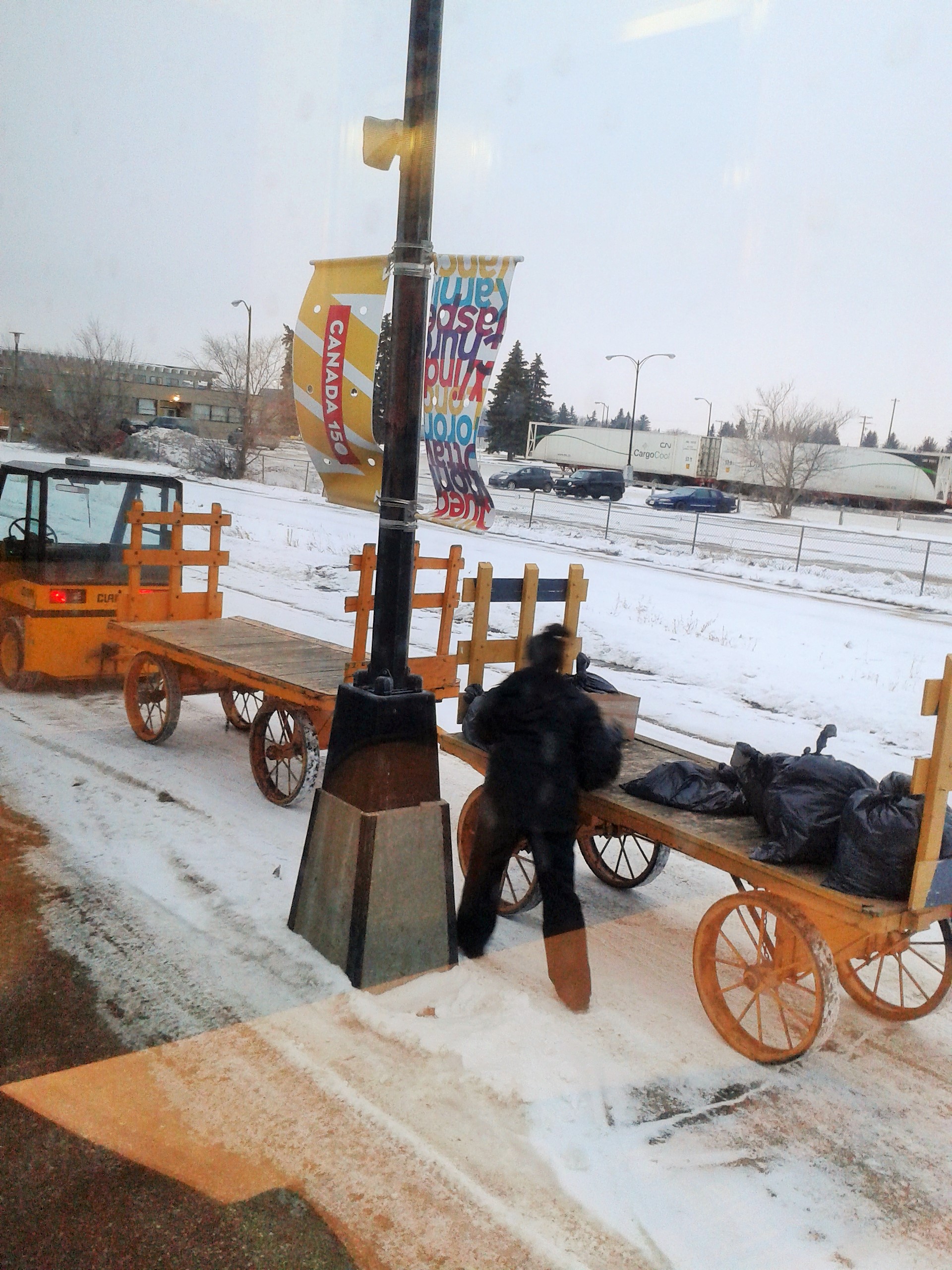 Whilst others were departing and some new passengers were joining us, all luggage is taken care of; generally larger cases are stored in the undercarriage in a separate baggage car near the head of the train. Smaller carry on is sufficient, just ensure you take any medications and necessary items as well.

Next at the half-way point of Winnipeg, we have a change of crew for the next couple of nights of the journey. 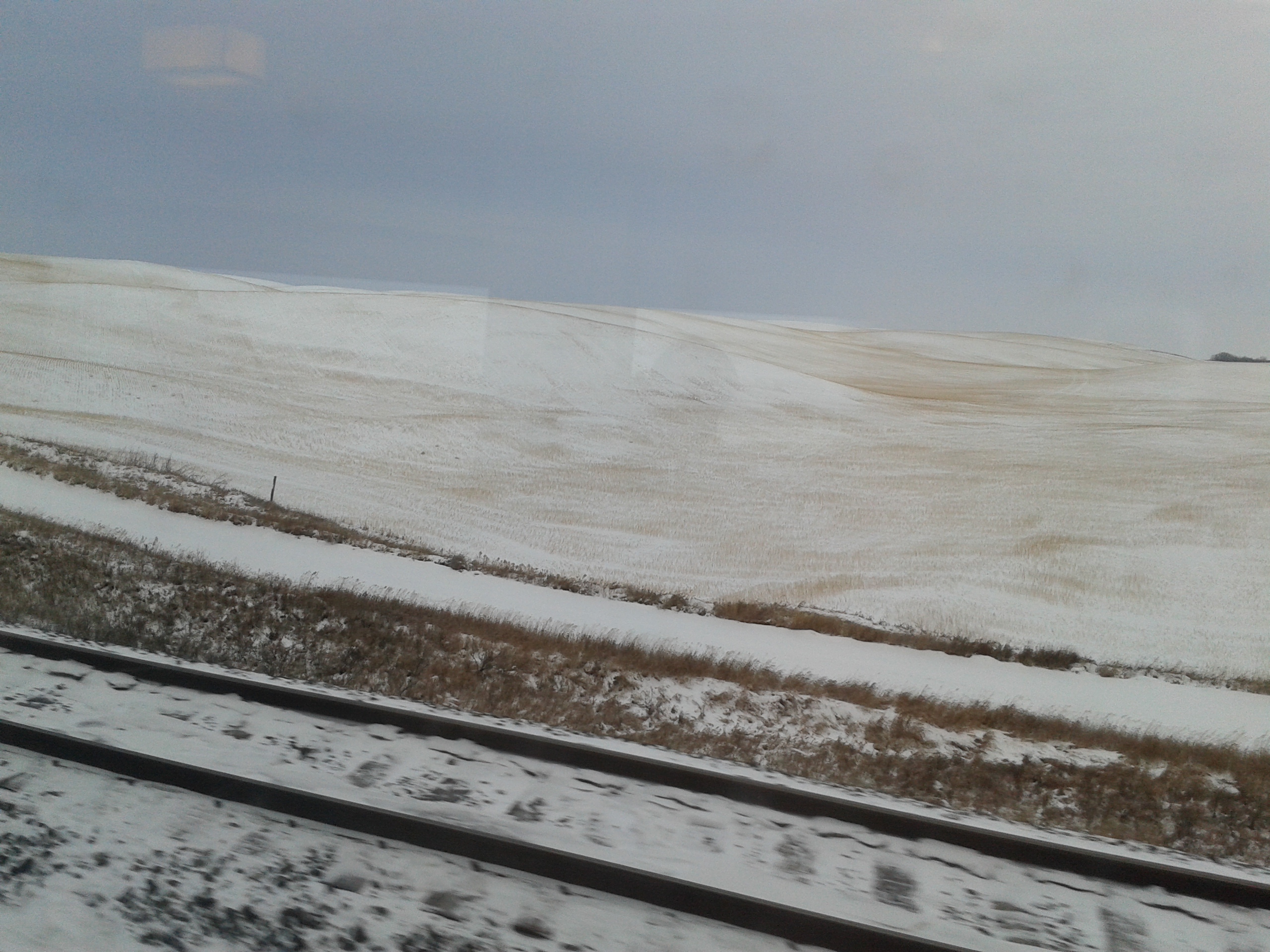 More snow and ice about throughout Manitoba with sweeping views of the countryside which is a vast difference to that of the upcoming Rocky Mountains. 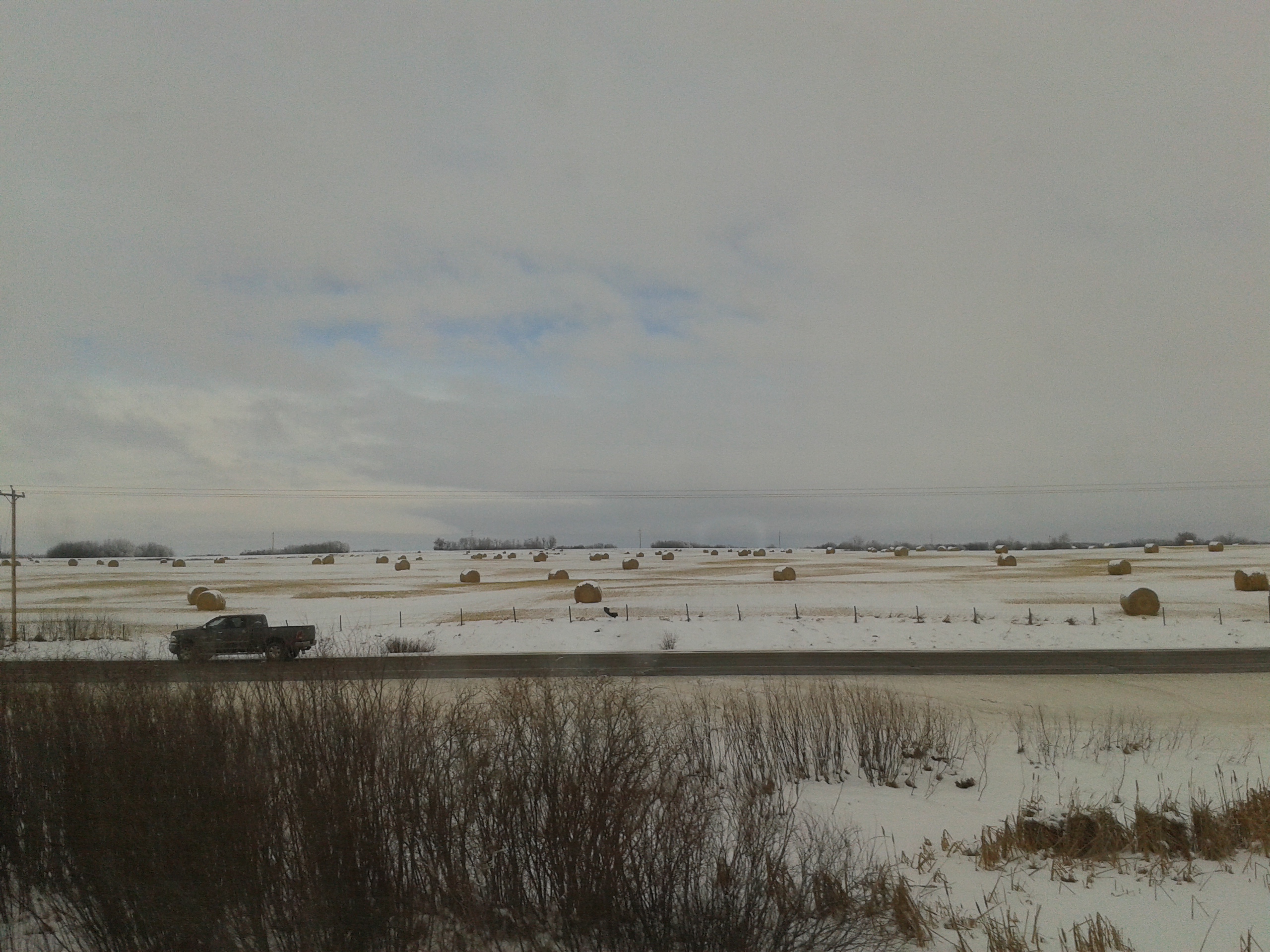 Bales of fodder being made ready for livestock and a much colder winter yet ahead for many farmers. 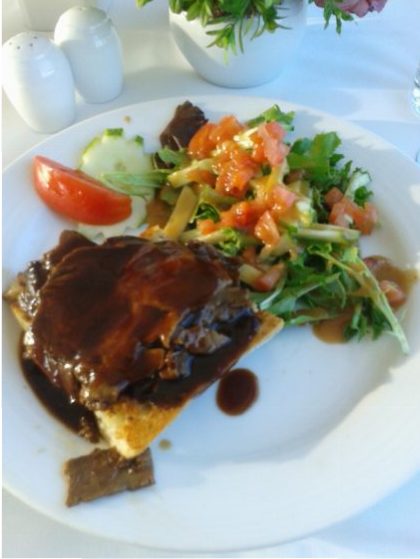 Time to eat again? No problem about that! Food menus changed daily with vegetarian choices also available – but needs to be prebooked ahead along with any other dietary requirements. 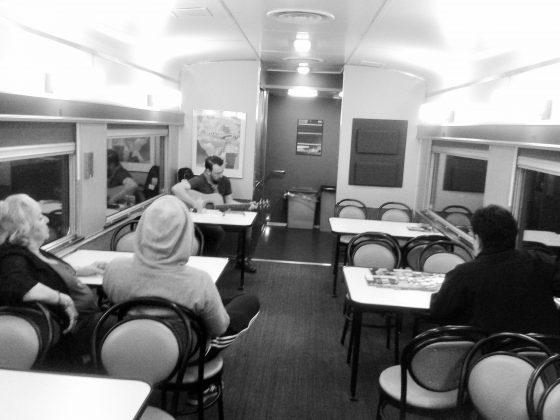 Some good-old fashioned entertainment, best to enjoy without all the gadgets to distract us from an everyday conversation with others onboard. Most appealing if you’re wanting to make some new friends and acquaintances. 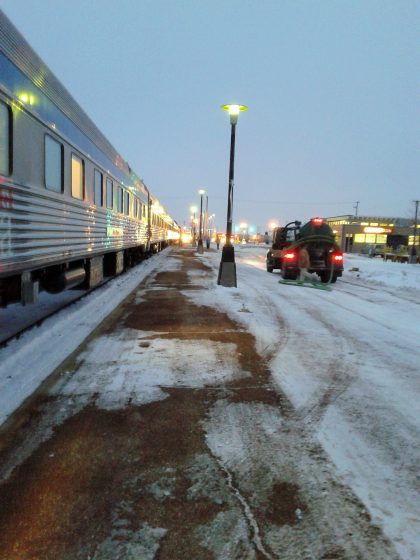 Refuelling and the last overnight on The Canadian with my final look at the snow-covered terrain of the midlands of Canada … well,  until next time. 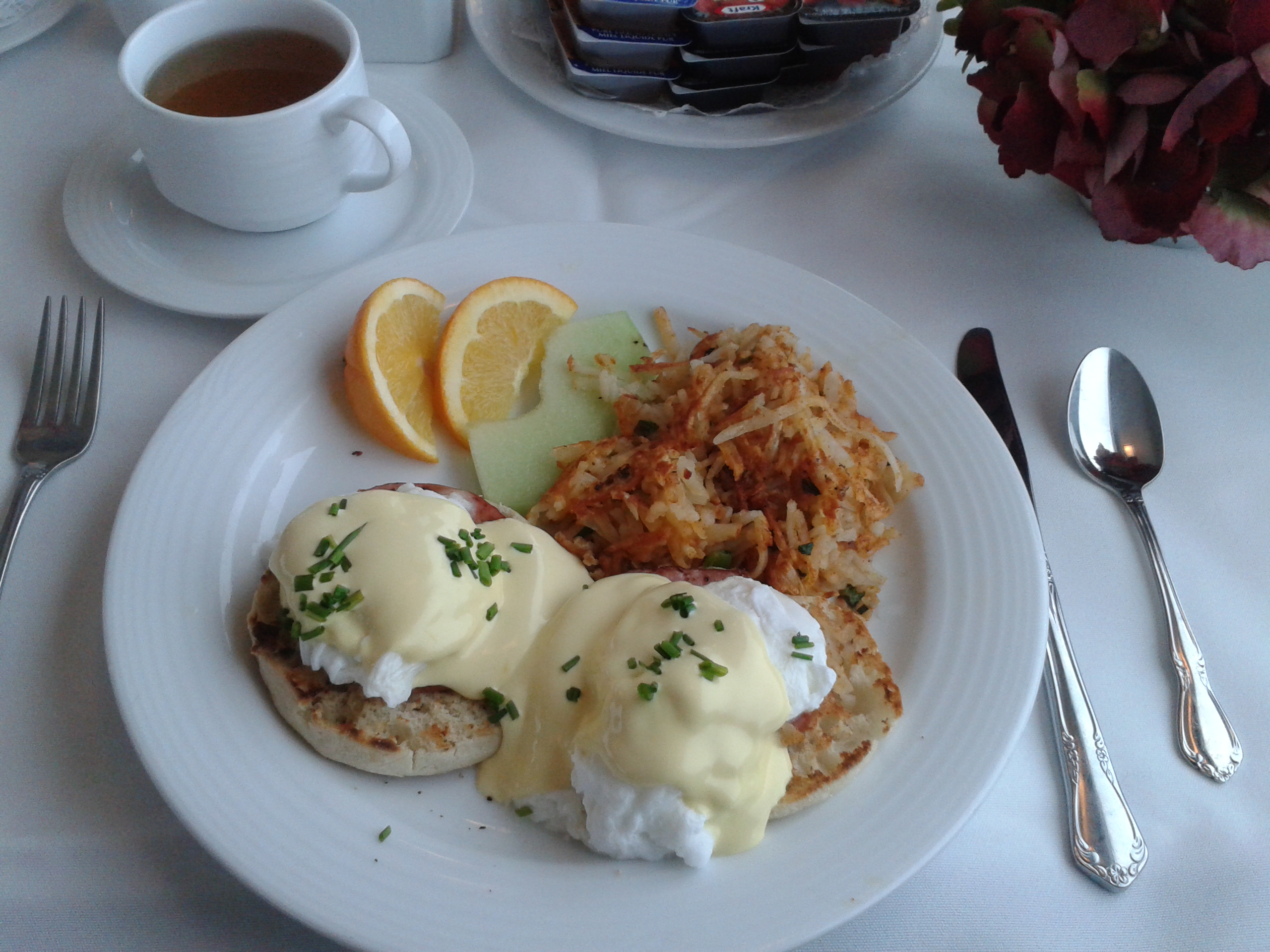 Eggs Benedict is always a decent reason to hop out of bed and enjoy a new day’s viewing. With copious cups of coffee, I’m ready for another hard day of moseying around and relishing the atmosphere of a train on a mission which allow its passengers the opportunity to appreciate its beautiful countryside. 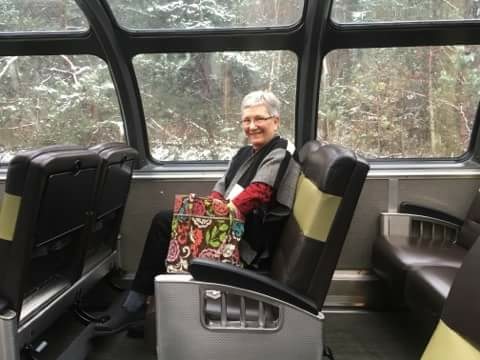 My lovely model for this day is Lynn from Virginia USA showing us how easy it is to make yourself comfortable in the Dome carriage. 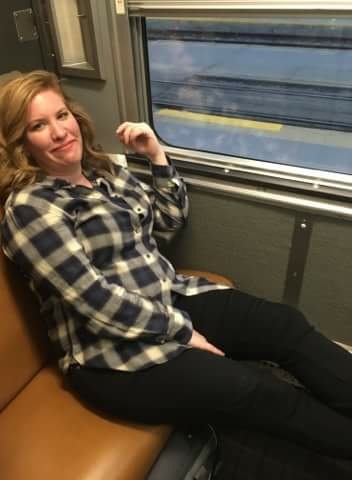 And Lynn’s daughter Jillian had joined her parents on the journey to catch up and spend some valuable time together as they live on opposite sides of the United States. Anyway, there’s no escaping each other, the train is very intimate and great to see families reconnecting as more and more multigenerational groups are making plans to have a much needed holiday together. 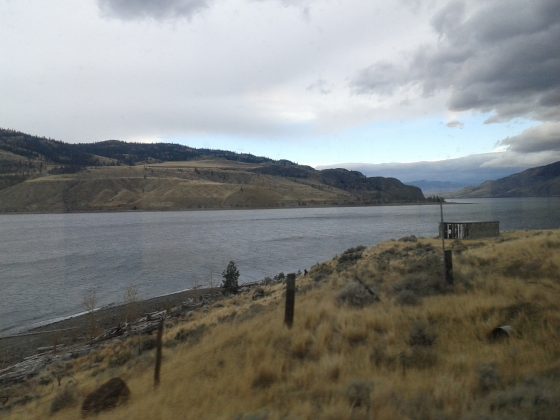 We’re fast heading out of snow country and moving closer to British Colombia (BC) whereby the landscape is now changing quite dramatically. 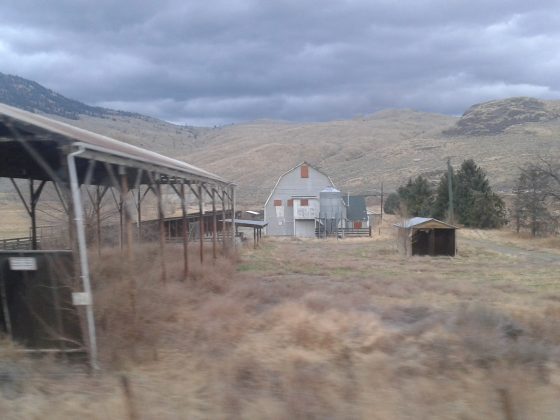 A scene not unlike Australia’s inland farming regions. Am I homesick? Not yet! 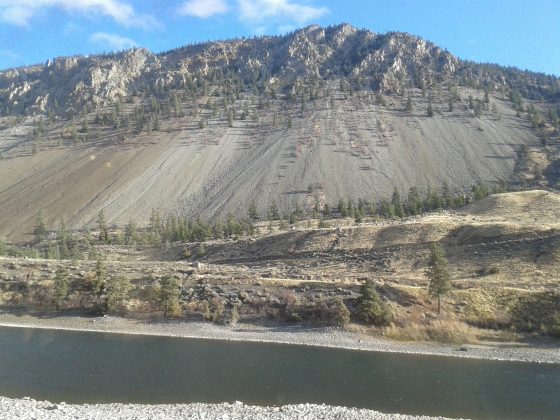 Along this route we’re seeing more sensational exposed mountainous panoramas which are hanging around waiting for winter to set in and be covered once again in white. It was great to see what these huge mammoths are actually shaped like before being cloaked in the big freeze. 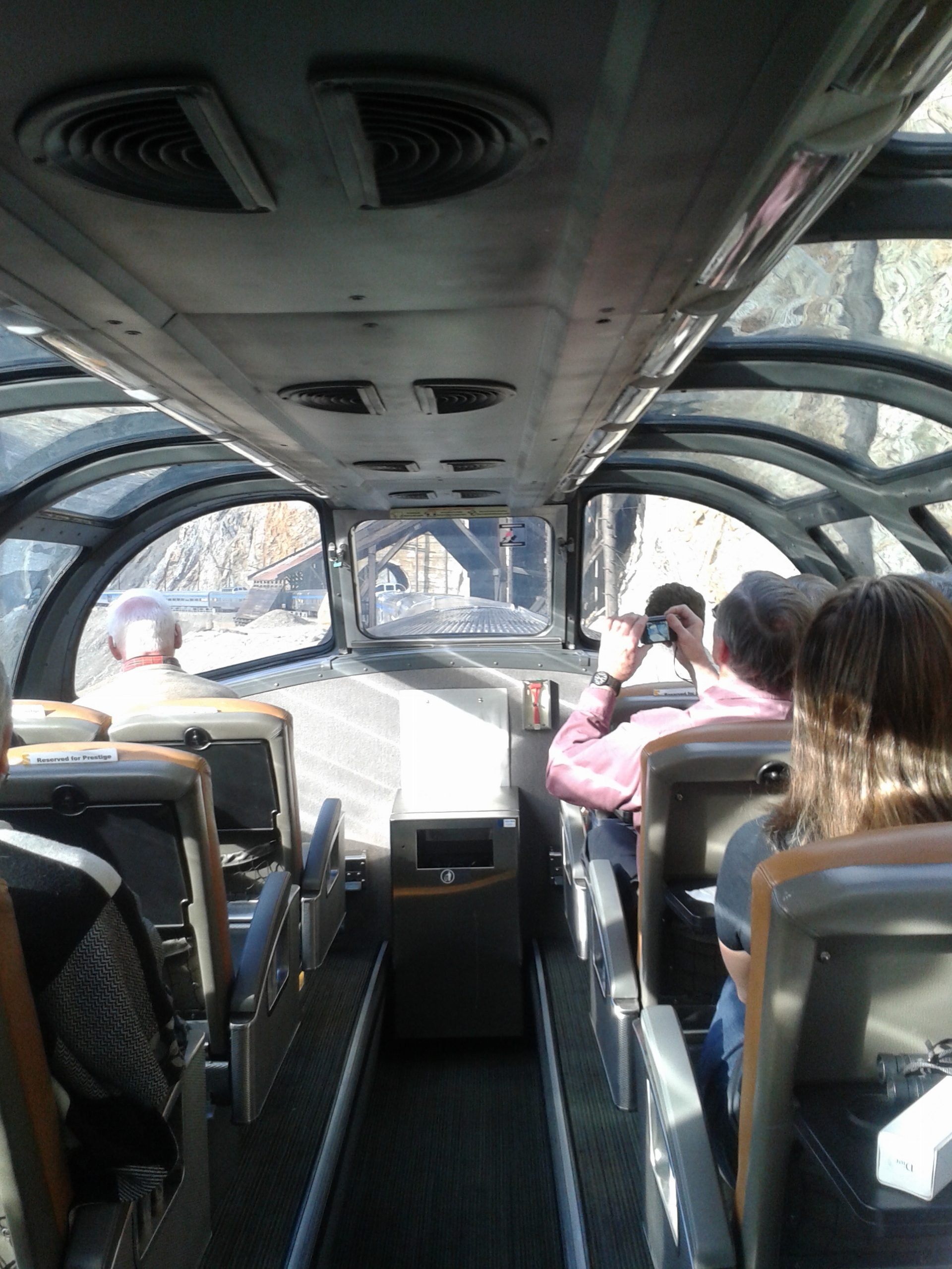 Take your cuppa up to the Dome car as the Rocky Mountains are about to perform before your eyes with magical and breathtaking views overlooking the canyons. 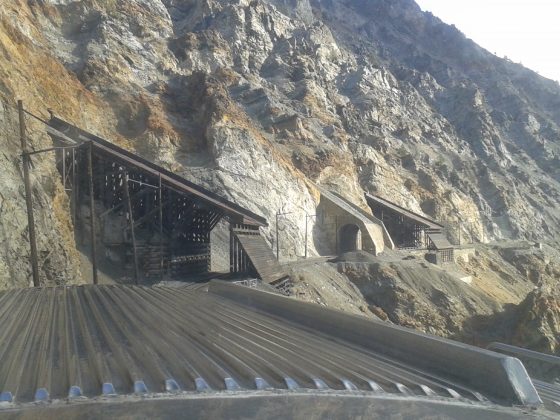 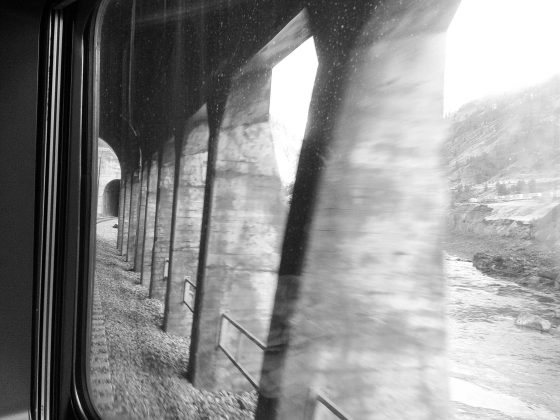 A bird’s eye peek of many more tunnels and bridges to follow on. 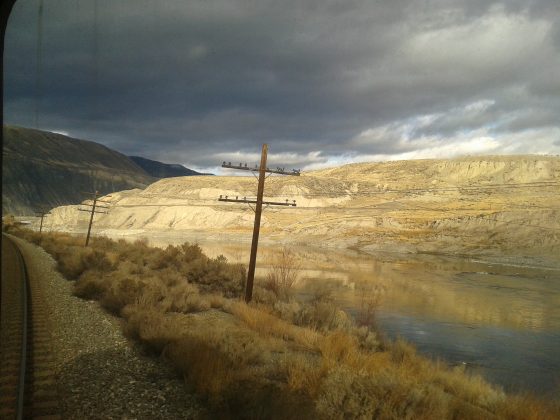 According to our resident train spotter Bill, there were two transcontinental Canadian railroads.  One was the Canadian Pacific, which completed it’s line in 1885.  The other was the Canadian Northern, which completed its line to Vancouver 30 years later.  The CP came west through Calgary and Banff while the Canadian Northern came west through Edmonton and Jasper.  The two lines came within miles of each other at Kamloops, British Columbia.  From there west to Vancouver they followed the waterways, Kamloops Lake, Thompson River and Fraser River to Vancouver..  Because the CP was first, they chose the easiest (not easy) side of the waterways, crossing over several times to stay with the better route.  The Canadian Northern, building nearly 30 years later, was left with the side the CP had not chosen. 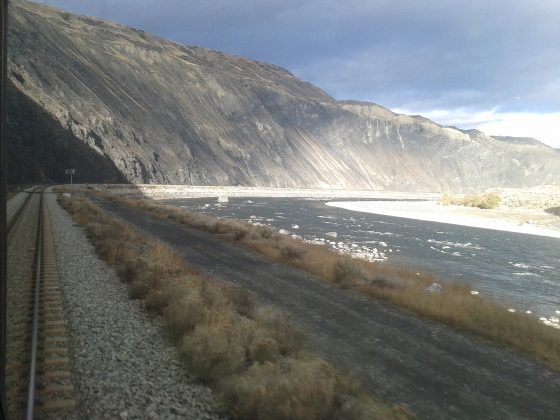 Snaking around the waterways and highlands makes you wonder how this engineering marvel was constructed all those years ago without today’s technology. 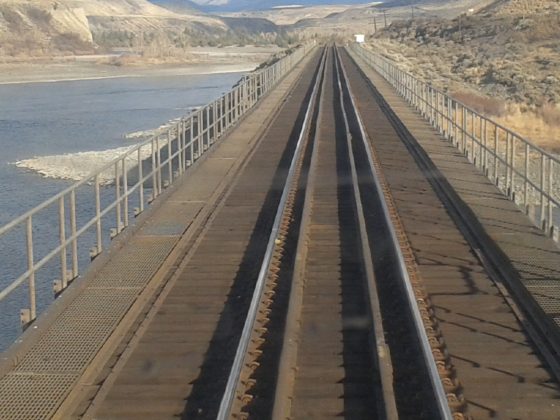 No shortage of passageways either … And, at times trains only have access to the tracks one at a time due to the narrow escapements. 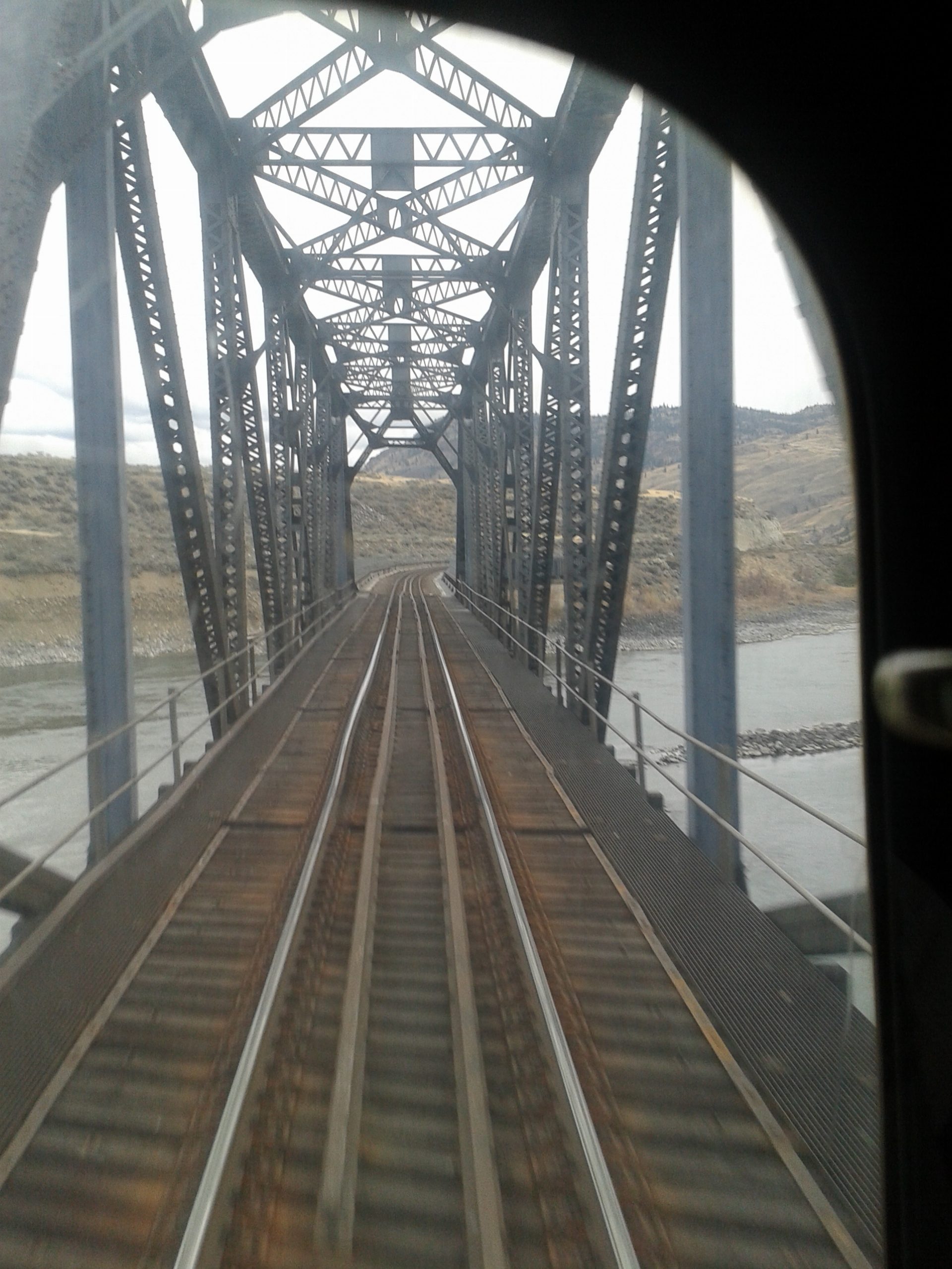 Considerable number of bridges along the way and when you see the depth of the gullies and watercourses over which they were built; it’s truly an engineering marvel. 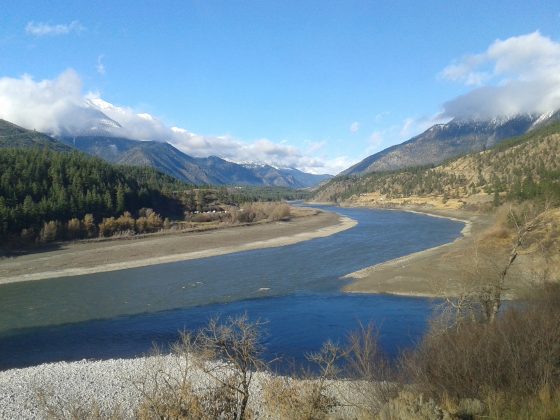 We managed a daylight passage through the Thompson (which flows into the Fraser at Lytton) and Fraser River Canyons. 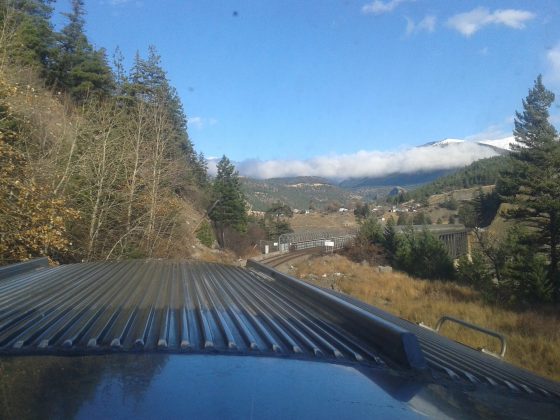 Heading fast into Vancouver and the near end of another fantastic rail journey with Via Rail’s The Canadian, I know I won’t beat Bill at twelve trips but I’ll keep trying.