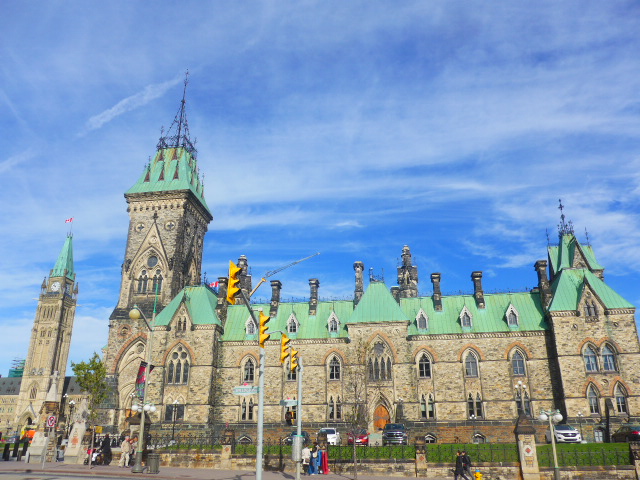 Ottawa’s Parliament buildings are just a short two-minute walk from The Lord Elgin Hotel. And, as the city is the Capital of Canada, it’s not unlike Australia’s Capital Canberra, whereby the first thing which comes to mind; government buildings, bureaucracy and red tape. However, a deeper look at Ottawa reveals a truly remarkable and very likeable city with so much to see and do. 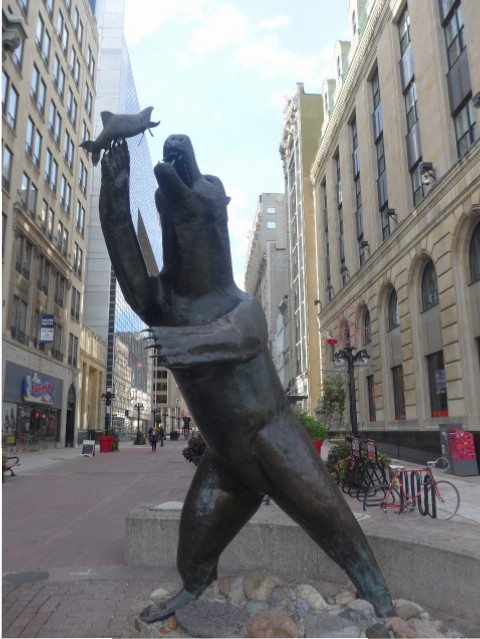 Bruce Garner’s bronze statue, called “Territorial Prerogative”, was commissioned and donated in 1990 to the Sparks Street Mall and placed it near the intersection of Elgin Street. At this point, you can book a number day tours which have their stands right in front of where this bear is situated. 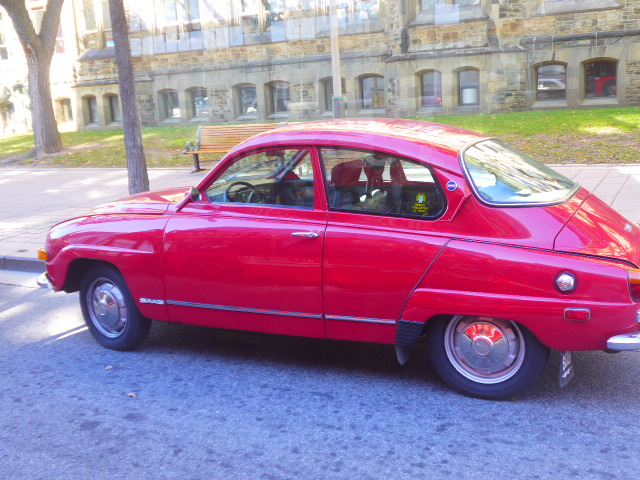 So my suggestion; if you don’t have a car, then do a sightseeing Hop-On Hop Off Grayline tour of the city as you’ll cover a lot of ground to some of the sites which are located just on the outskirts of downtown with a fantastic commentary. 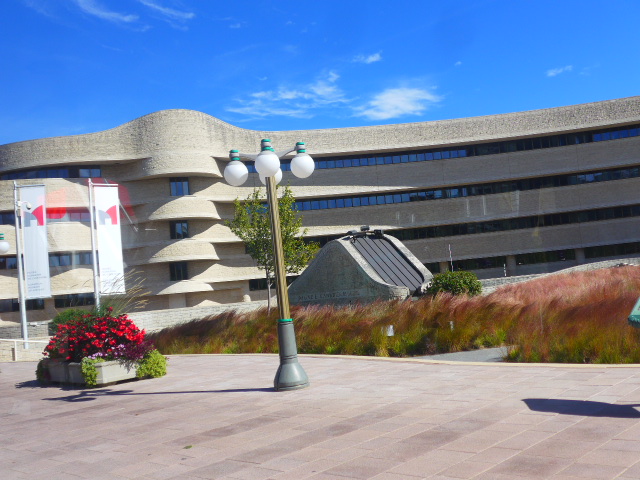 This impressive curved building is located across the Ottawa River in Gatineau, Québec. Visit the Canadian Museum of History which is home to the world’s largest indoor collection of totem poles and unique artwork. 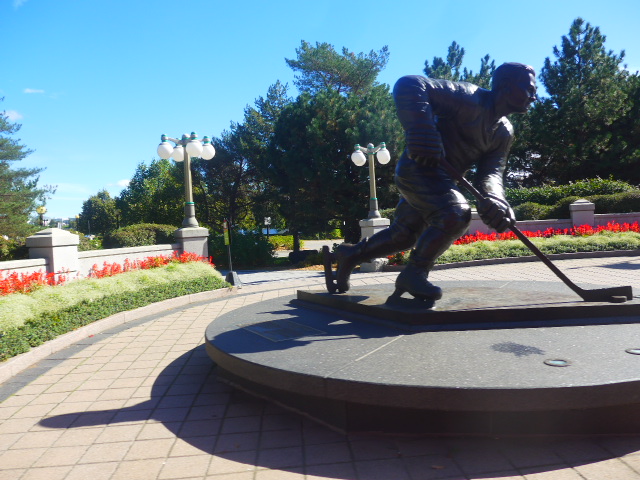 “Never Give UP!” – Maurice Richard Monument. Dedicated sculpture to one of the greats. 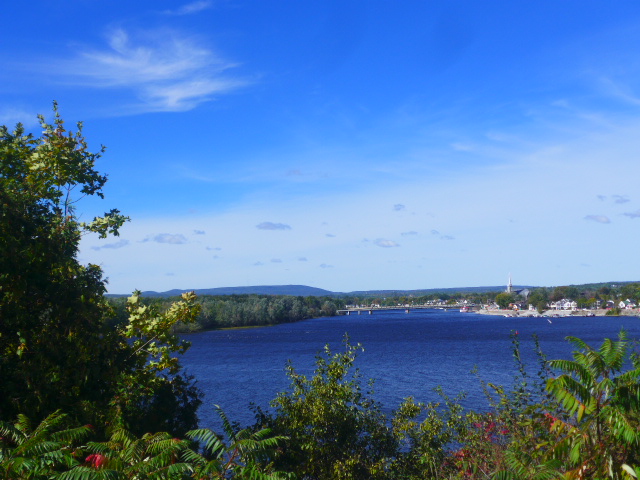 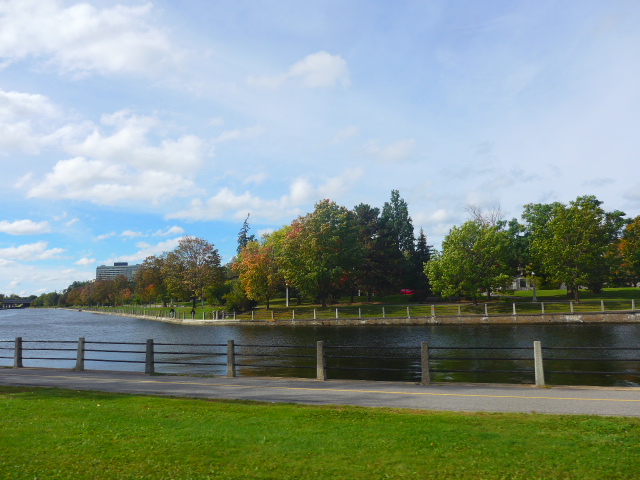 This canal is really unique in the world as thousands of skaters appear when the historic waterway freezes over during the winter. Gliding 7.8km (4.8 miles) along the Rideau Canal Skateway. 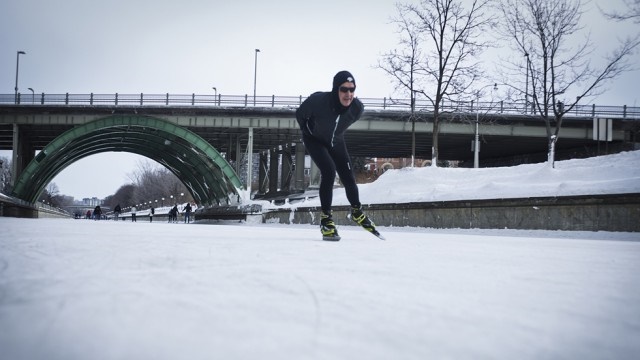 What a way to go to work! 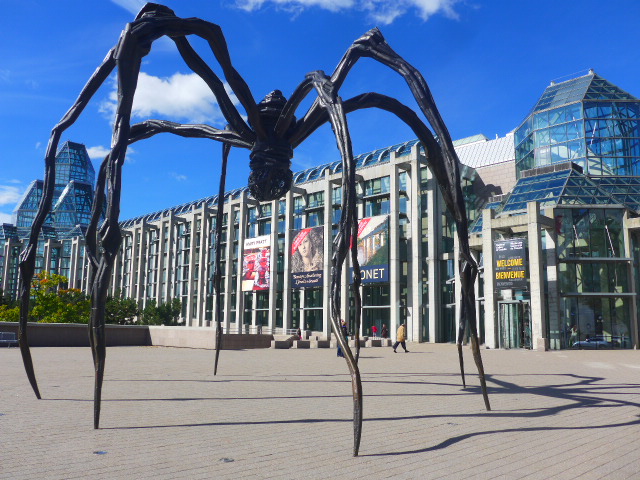 On the grounds of the National Gallery of Canada, a giant bronze spider named Maman was erected during May, 2005. The spider sculpture is the artwork of Louise Bourgeois which stands at a height of 30 feet. 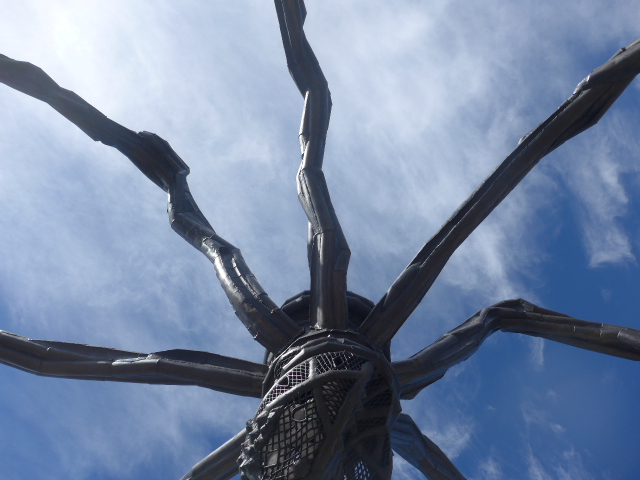 Spiders are fine by me, just not snakes … 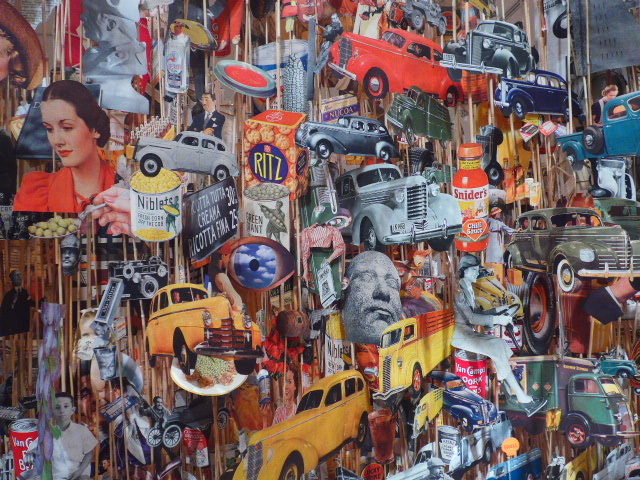 Geoffrey Farmer’s perception of reality comes to light with an exhibition “Leaves of Grass”, theatrically illustrated five decades of Times’ magazines dating from 1935 – 1985. Cut outs have been carefully pieced together – unlike any other collage I’ve ever seen. 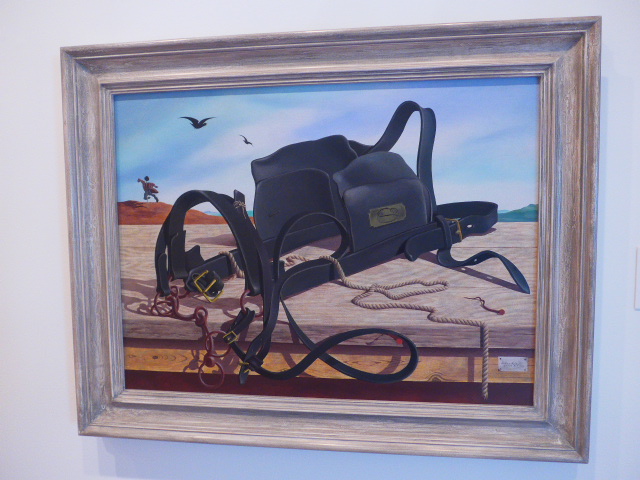 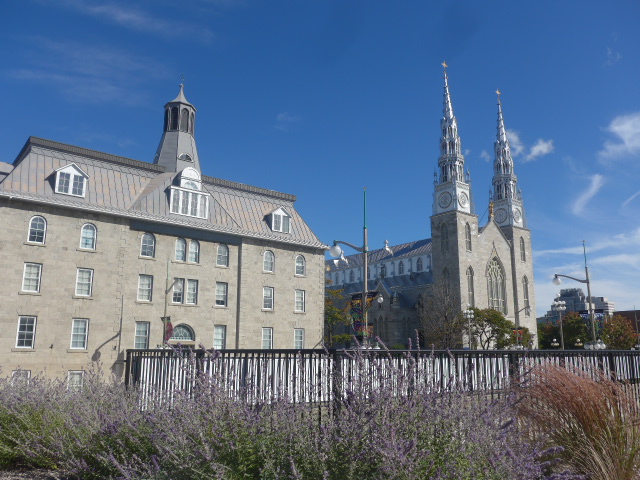 And across the road, is the Notre Dame Cathedral Basilica of Ottawa. Had to be quick as one wedding finished and another was lined up ready for their nuptials. 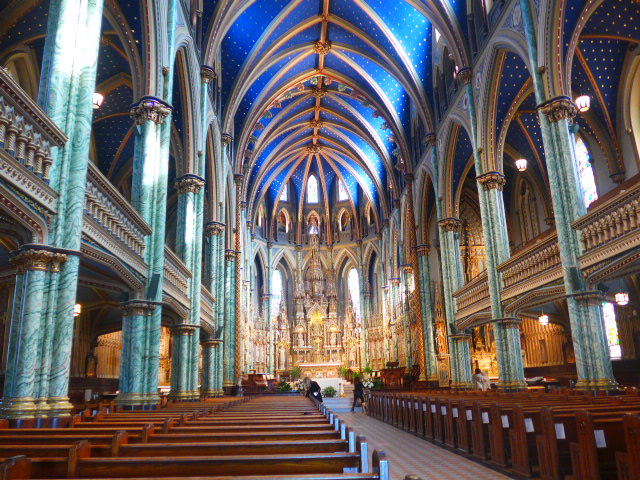 Spectacular to say the least once inside … 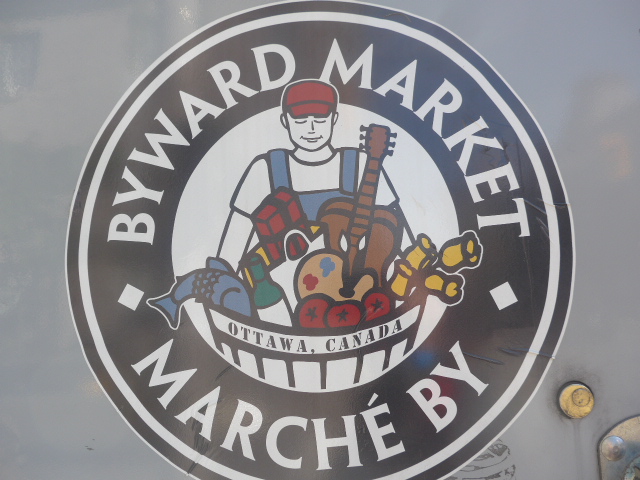 A short walk from the Basilica there’s ByWard Market for some great bargains and no shortage of food stands. 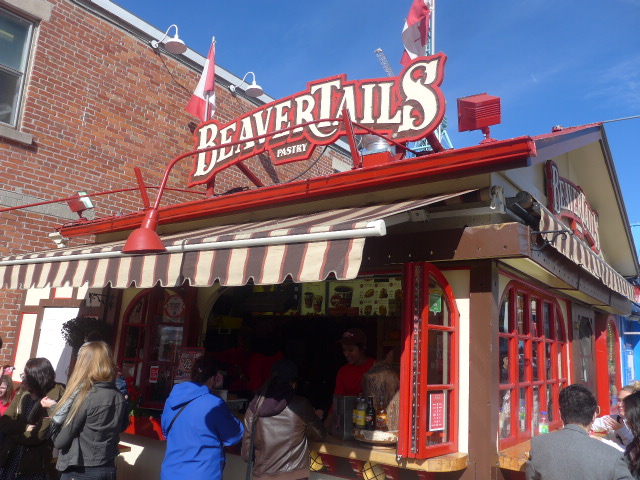 Beaver Tails were ‘born’ in Ottawa and here there’s no shortage of people wanting one or two. There’s outlets across Canada and other countries around the world. 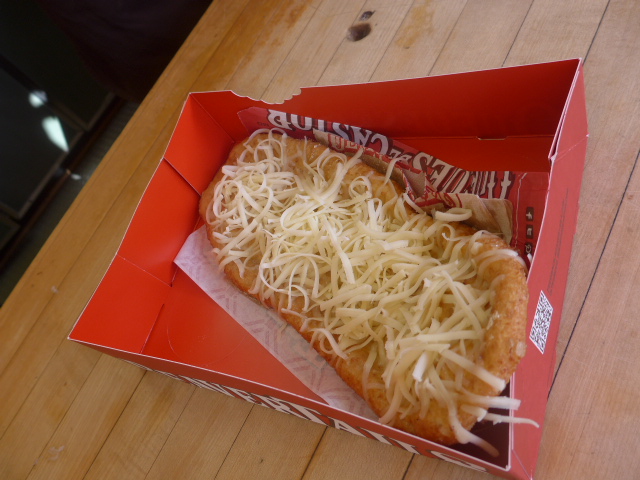 They’re predominately sweet. As a savoury eater I tried the cheese and garlic and yes I know it’s heart-attack food, but had to try just one … Yummo! 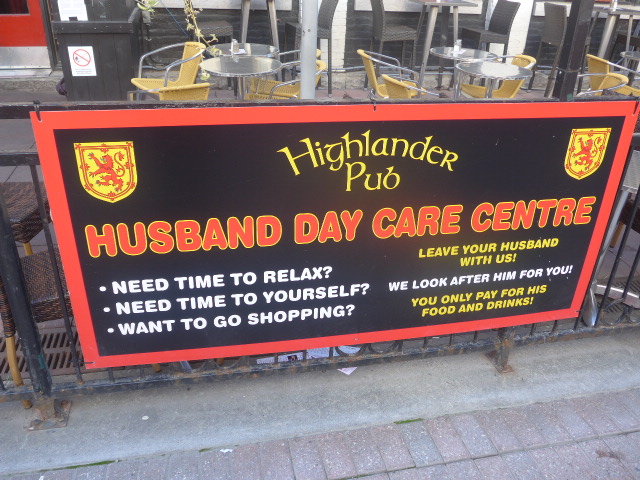 Don’t you just love this! 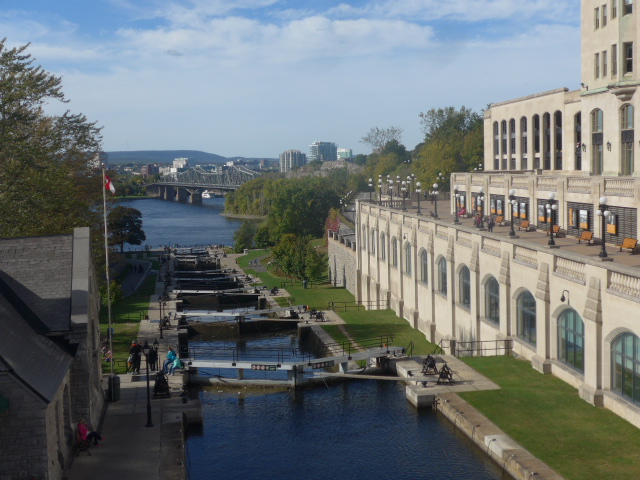 A UNESCO World Heritage Site is the Rideau Canal which consists of a series of beautiful lakes and rivers connected by canals. It stretches from Kingston at the foot of Lake Ontario to the city. 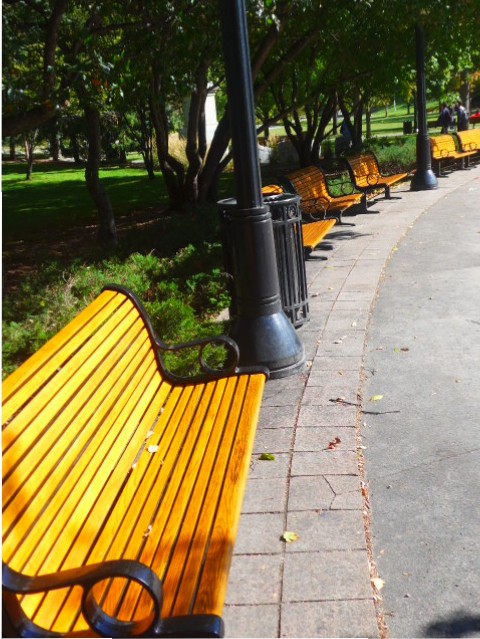 I’m back where I started from and across the road from The Lord Elgin. The park is really lovely and need to have a sit for a while – really you need at least three days to enjoy Ottawa properly – so much more to see and do here. 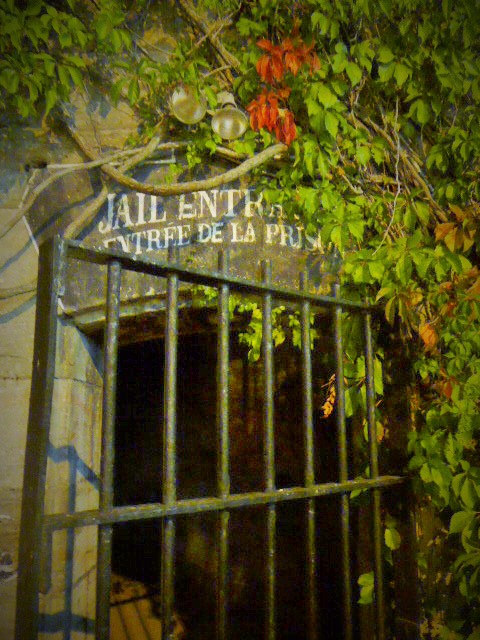 Anyway once you’ve recharged, take an Ottawa Jail Tour. Originally it was the “Carleton County Jail” and opened in 1862 then closed in 1972 at which point it was converted into a hostel. 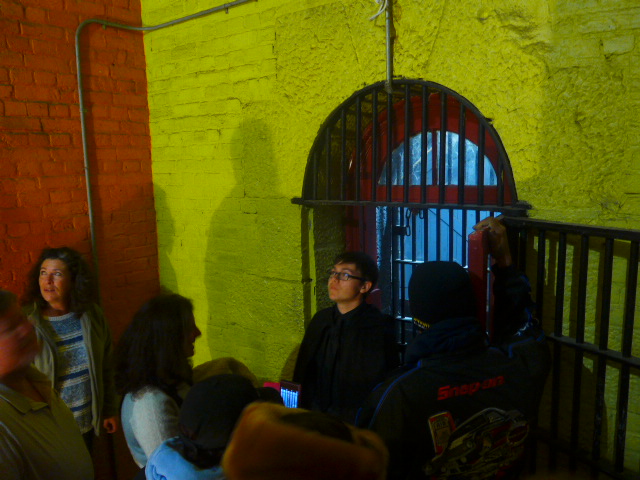 Bit spooked, but you’re given a sense of what it might have been like. Happy to call it a day.